PUB has been informed, he said.

UPDATE (3 Sep): The PUB and NEA, in a joint statement sent to MS News, said the white discharge in the drain was from a factory in Sungei Kadut. The PUB’s Quick Response Team was deployed on 29 Aug, and contained and removed it in 2 hours.

The discharged substance is a non-toxic binder used to strengthen cement. The canal leads to the sea and doesn’t flow into Kranji Reservoir, the statement added. PUB and NEA are investigating the incident and won’t hesitate to take action against the company, it said.

Imagine you’re taking a nice walk in cool weather when you notice a river that you usually pass by seems to take on weird colour — milky white, in fact.

That’s what netizen Jerome Pang said he encountered as he was taking a morning walk at the Rail Corridor towards Sungei Kadut Way. 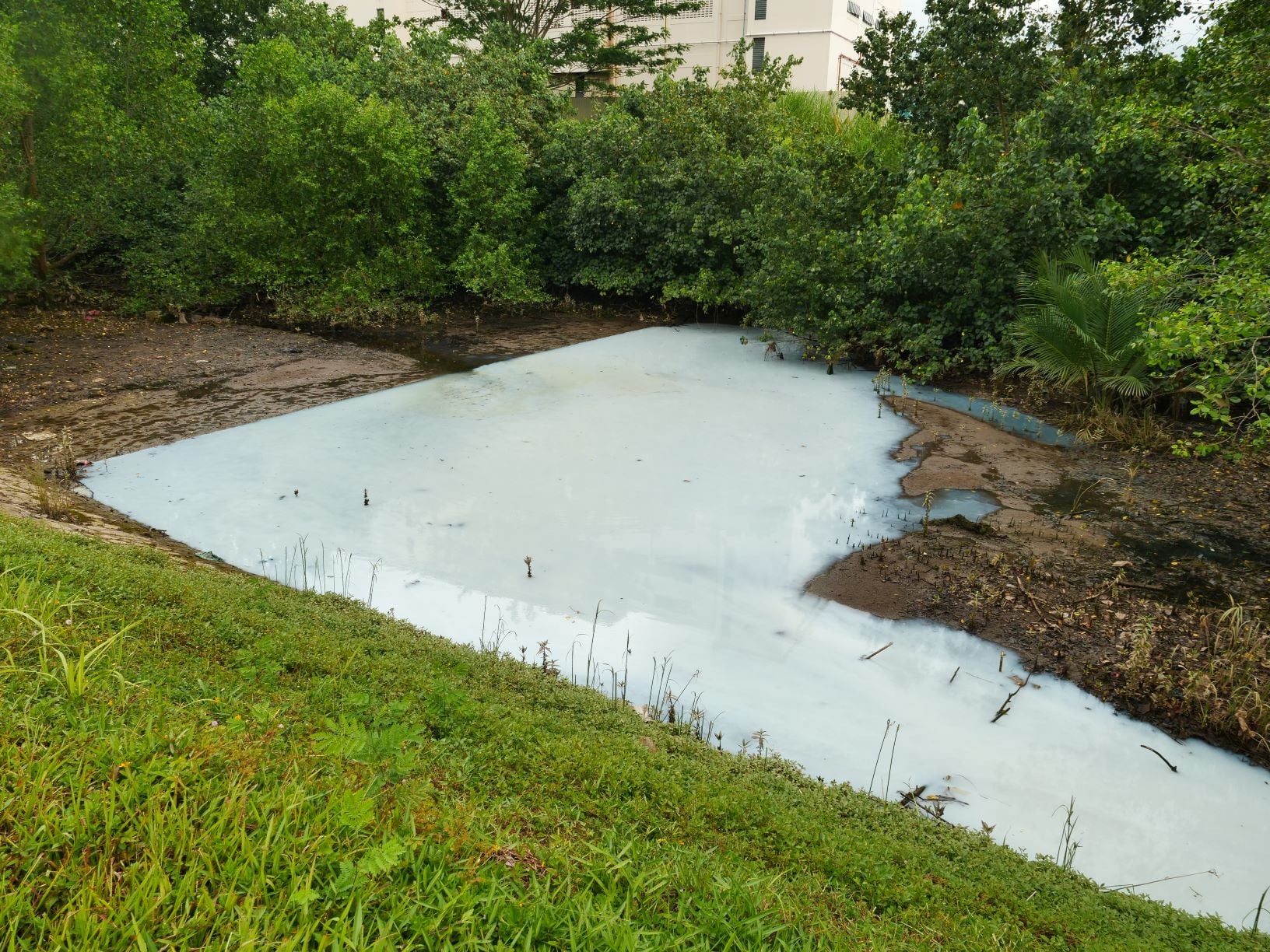 Rivers that are clean aren’t supposed to be that white, so he became concerned and did a little investigative work with a friend.

They found that the source of the white liquid appeared to be a nearby factory, and related their story on Facebook on Saturday (29 Aug).

Something white in the water

At 10.13am on Saturday (29 Aug), Mr Pang was enjoying a walk on the Rail Corridor, the space left over by the former Malaysian railway train tracks.

He said he gazed towards the mangrove swamp on his left and he saw something white.

His curiosity piqued, he went to the open area and has horrified to see what he claimed was “industrial liquid” being discharged into the water. Apparently, there was so much white liquid flowing out that it turned the river white. 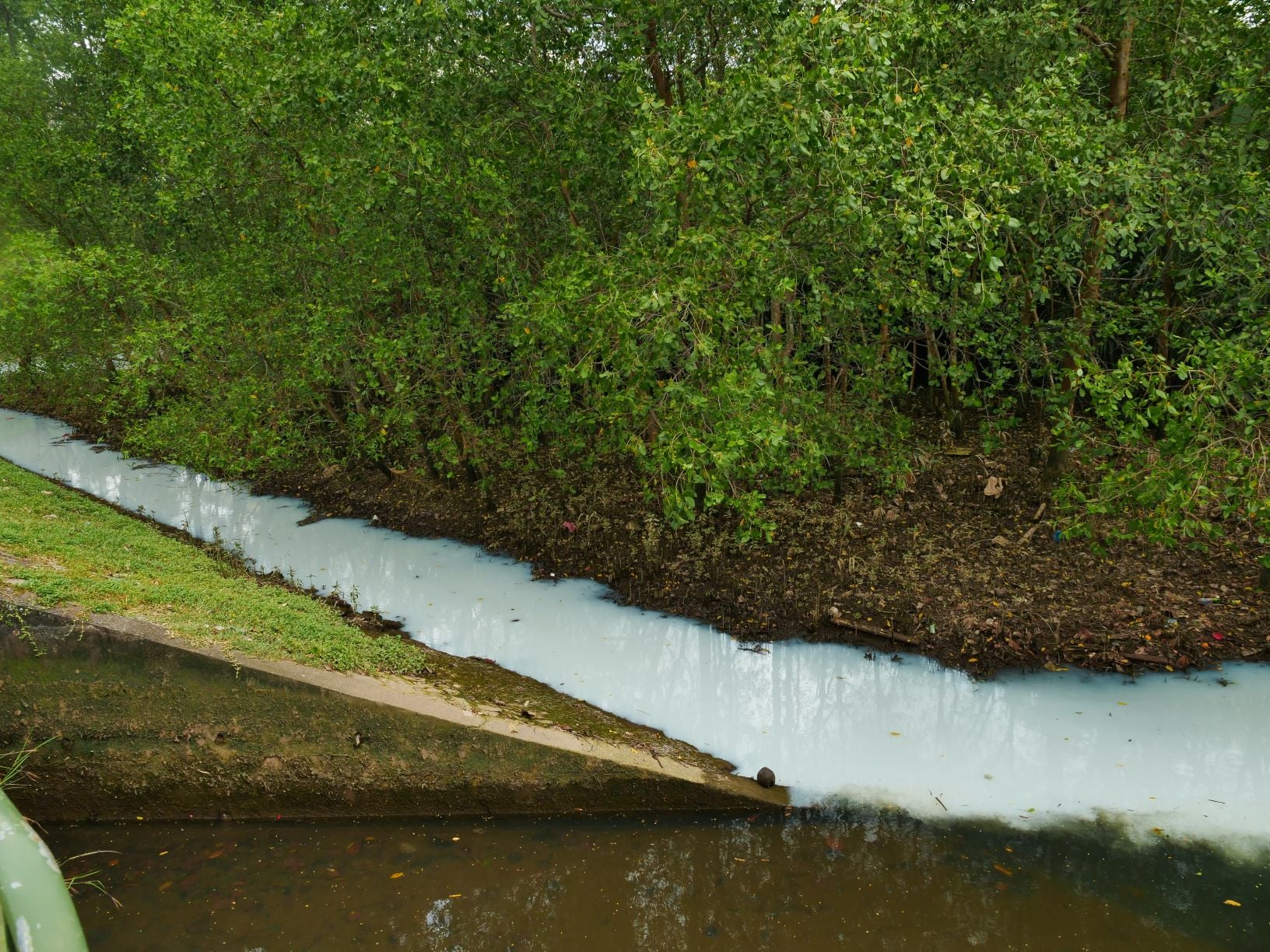 However, in the photo it can be seen that part of the river was as yet unaffected by the outflow.

According to him, this was seen at the start of the Kranji River, which flows into the Kranji Marshes.

A friend has also told him that the river is named the Pang Sua River.

Tried to trace the source

Mr Pang called a friend to come over, and they tried to trace the source of the white liquid.

When he came, the discharge was still flowing, he said.

The duo opened the covers of pavements as they investigated the liquid flow.

They managed to see the white liquid still flowing in the drains, and followed its direction. However, their work was complicated by the fact that they had no idea how the network of drains were connected.

They eventually traced the source of the discharge to a factory on Sungei Kadut Way, he said. 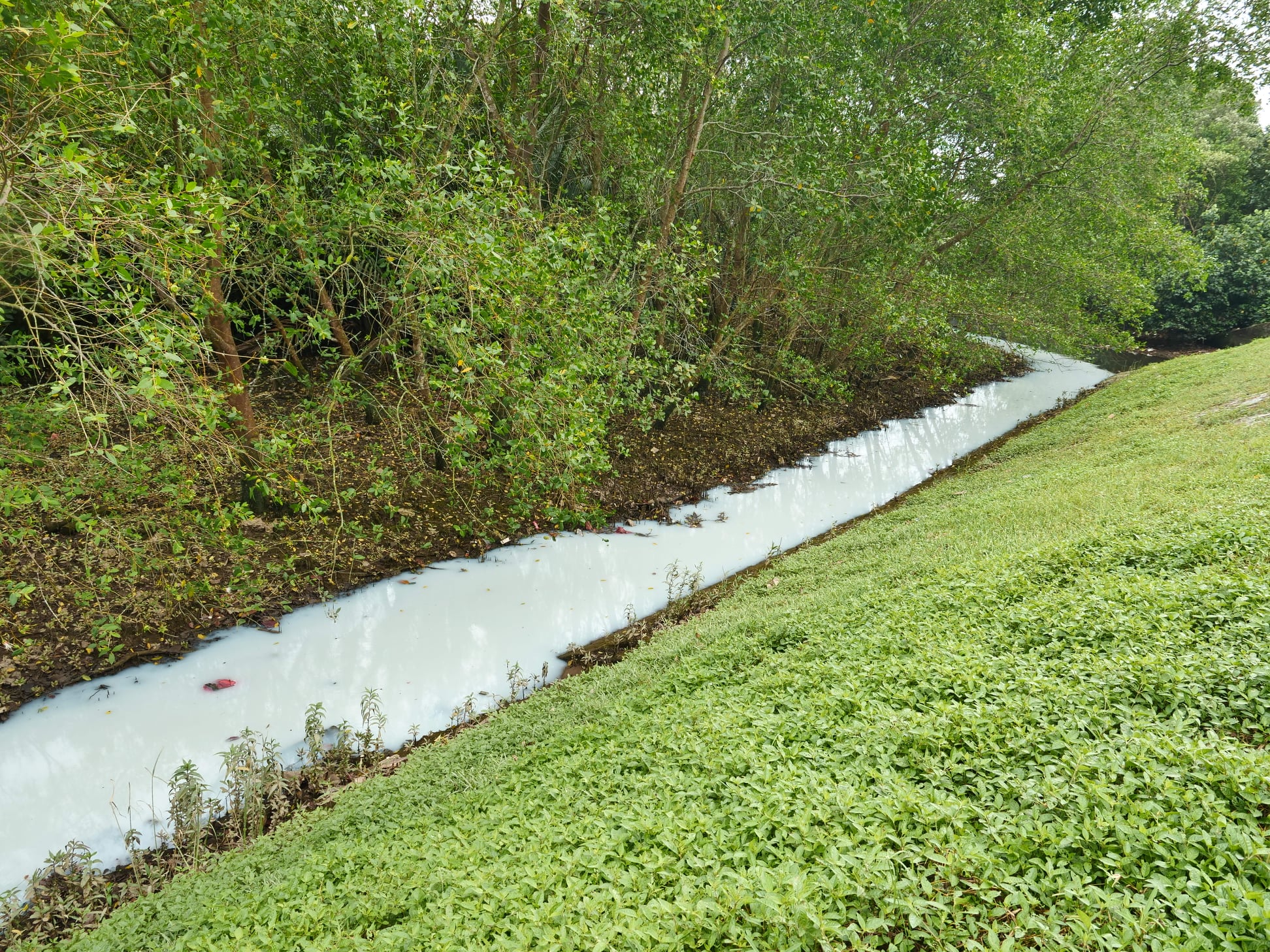 PUB has been informed

Mr Pang also said that national water agency PUB had been informed of the situation.

It has also been in touch with him, he said.

He also spoke to the workers there, and claimed that they were surprised that the runoff went into the drains.

He was told that the National Environment Agency (NEA) has put a boom over the river, Mr Pang added.

Friends who commented on Mr Pang’s post were generally as alarmed as him, pointing out that it could have public health ramifications as it could get into our water supply.

Decrying the company that discharged the white liquid as “irresponsible”, a commenter said it should clean up the mess at their own expense.

Another one said there’s always a bad smell in the Kranji area, and observes a lot of rubbish.

If what Mr Pang and his friend discovered is accurate, they deserve credit for highlighting a potential environmental issue to the authorities.

As the white liquid is extremely obvious from the photos and is obviously spreading down the river, most people would be concerned about any impact on the environment and public health it may cause.

Let’s hope the authorities get to the bottom of it. MS News has reached out to the PUB and NEA for their comments, and will update readers when they get back.