Venice’s Crystal-Clear Canals Teem With Fish & Birds After Lockdown, Shows That Humans Were Their Virus 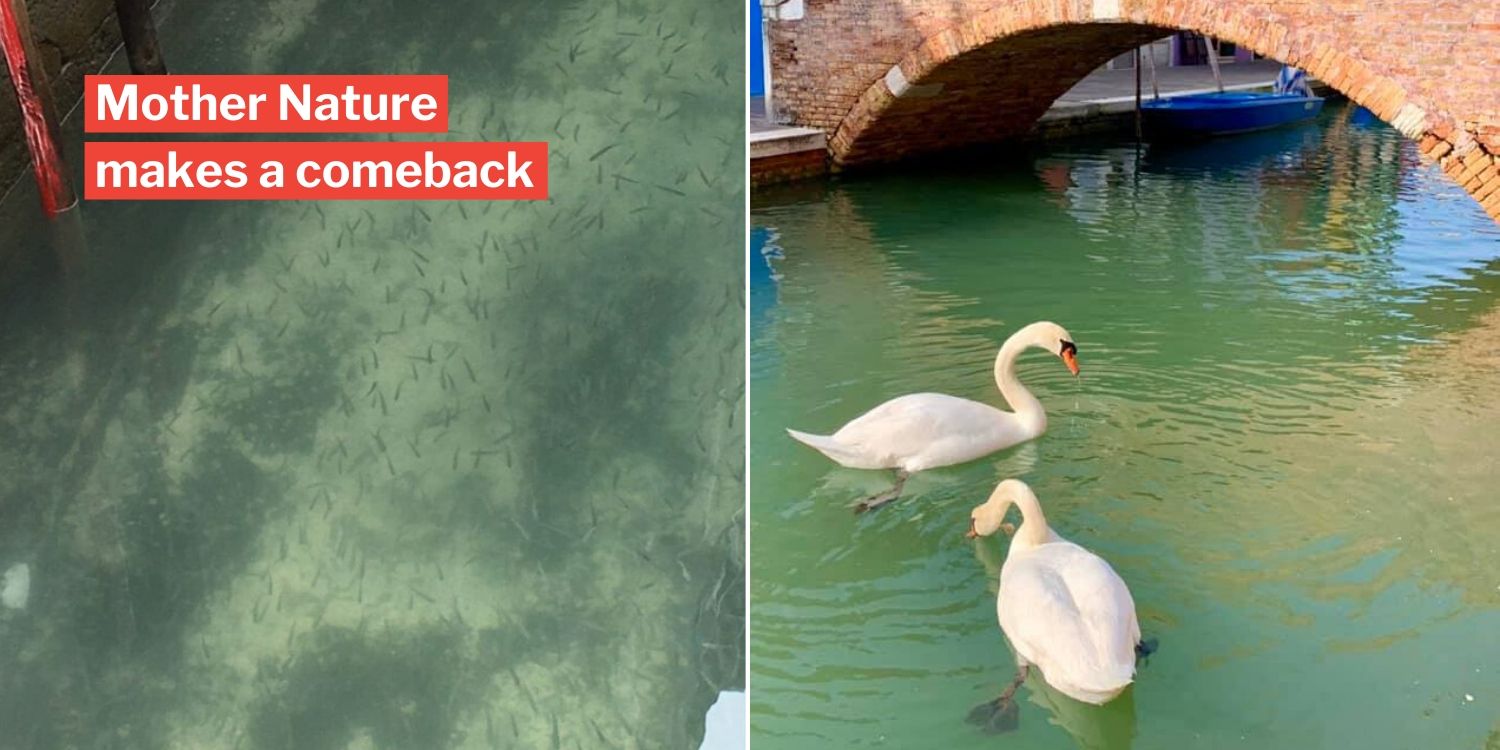 Mother Nature is working overtime amid the lockdown.

Venice Canals Are Crystal Clear & The Fish And Wildlife Have Returned, Thanks To Reduction In Human Pollution

UPDATE (21 Mar): National Geographic has debunked the viral posts of swans returning to the Venetian canals as fake news on 20 Mar.

“The swans in the viral posts regularly appear in the canals of Burano, a small island in the greater Venice metropolitan area, where the photos were taken.” You can read more here.

There’s a saying that every cloud has a silver lining, and it seems the same goes for Covid-19.

While Italy grapples with the pandemic as the worst-hit country outside of China, its (former) tourist hotspot of Venice is seeing unprecedented scenes of desolation as the human crowd has totally vanished.

However, this is good news for the non-human life in the formerly bustling city, as the sharp drop in pollution has meant that its canals are crystal clear and now brimming with fish and other forms of wildlife. 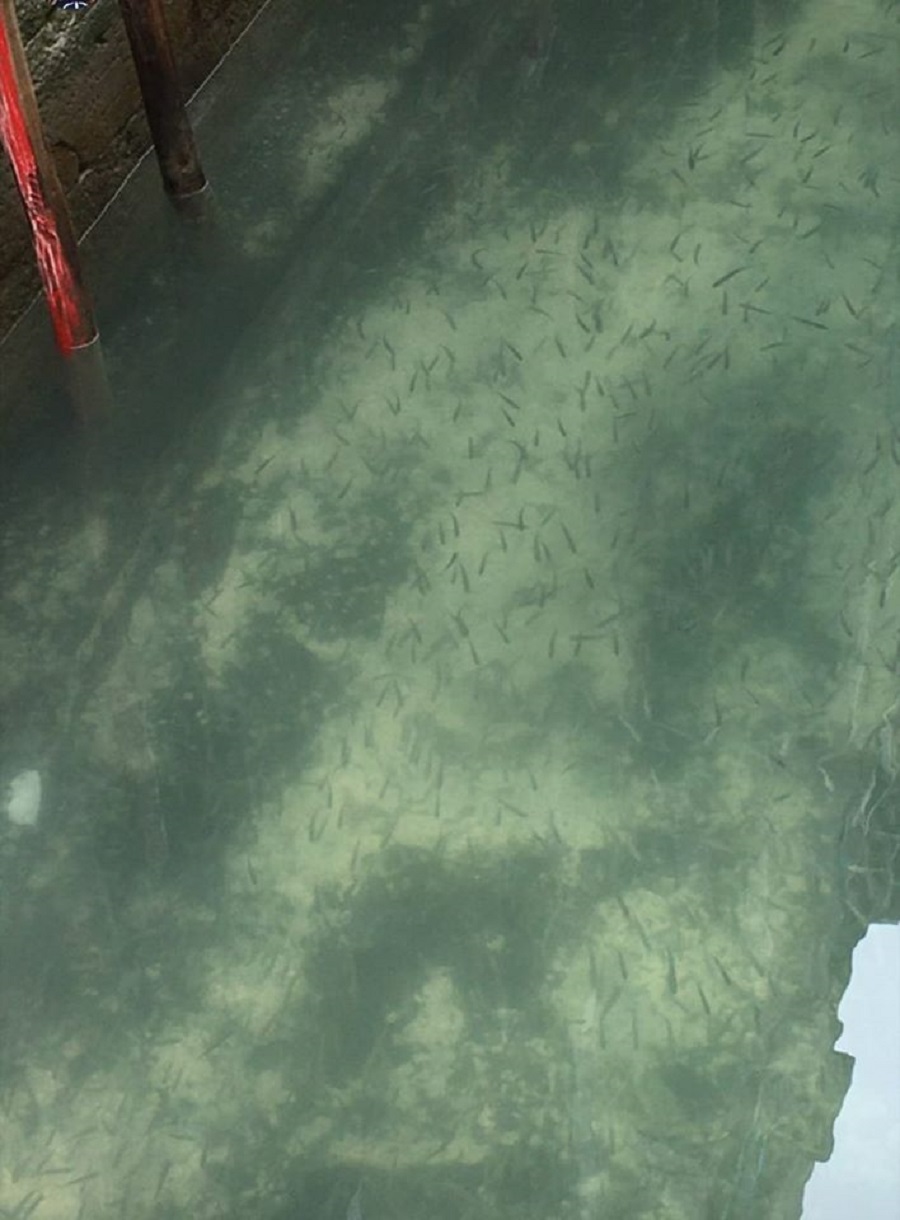 Waters so clear, you can see the bottom

If you’ve ever travelled to Italy, then you may be surprised by its cleaner version.

A netizen expressed his surprise to see water was so clear that he could view right down to the river bed. He claims that he has never seen anything like it. 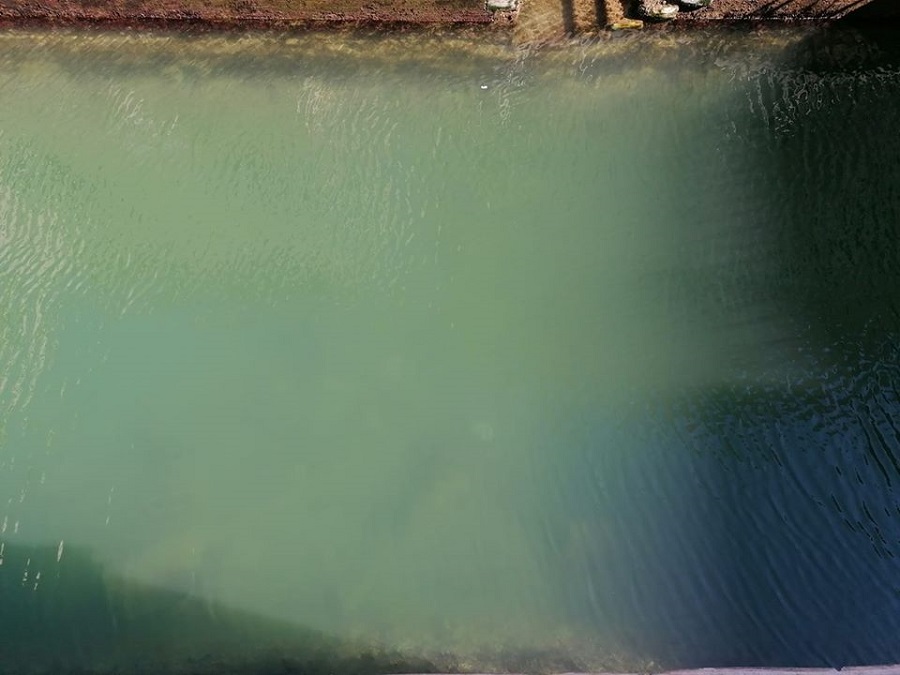 If you’re not still not convinced, then here’s an image of a canal that’s so pristine that you can literally see the bottom. 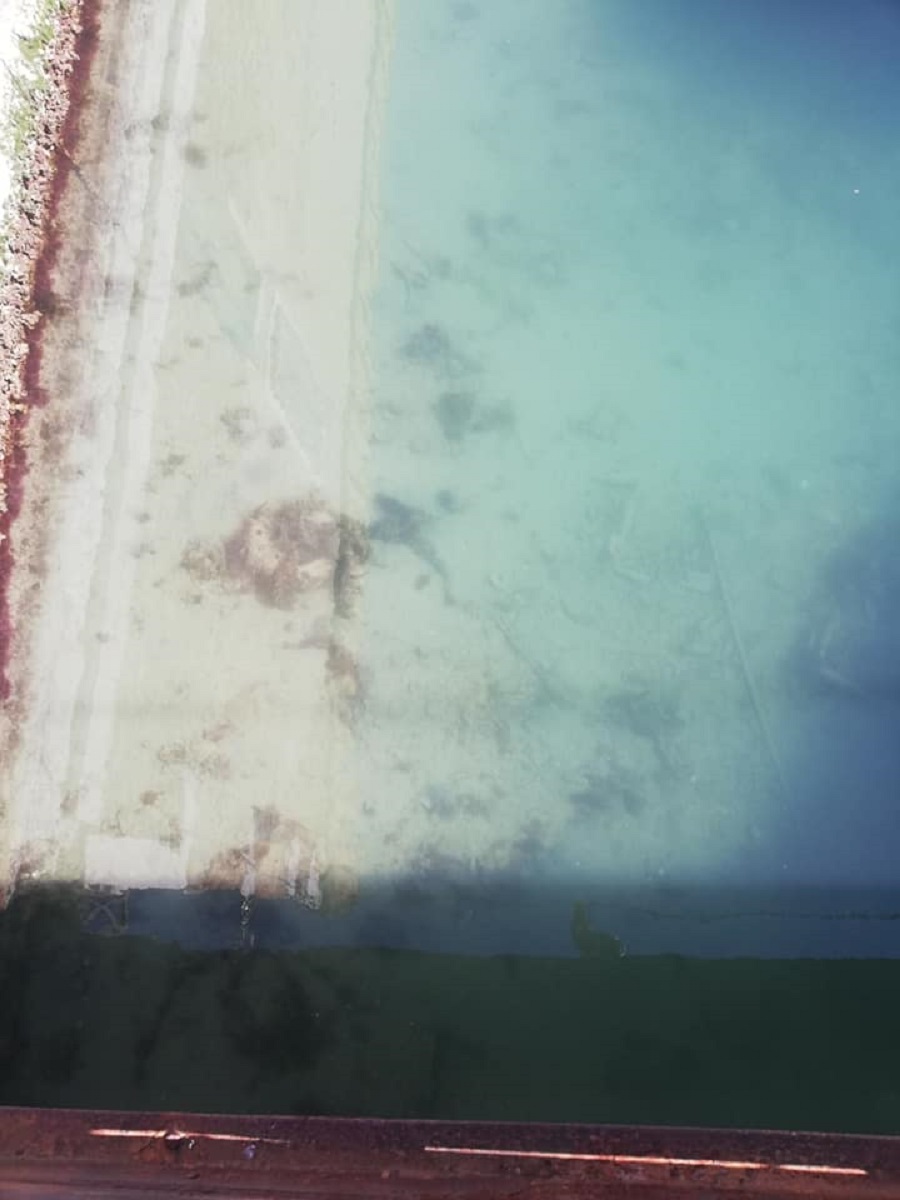 Another netizen shared an image of the Rio dei Ferali, behind San Marco Square, which is usually murky.

However, now it’s so clear you can see the school of fish swimming in the canal. 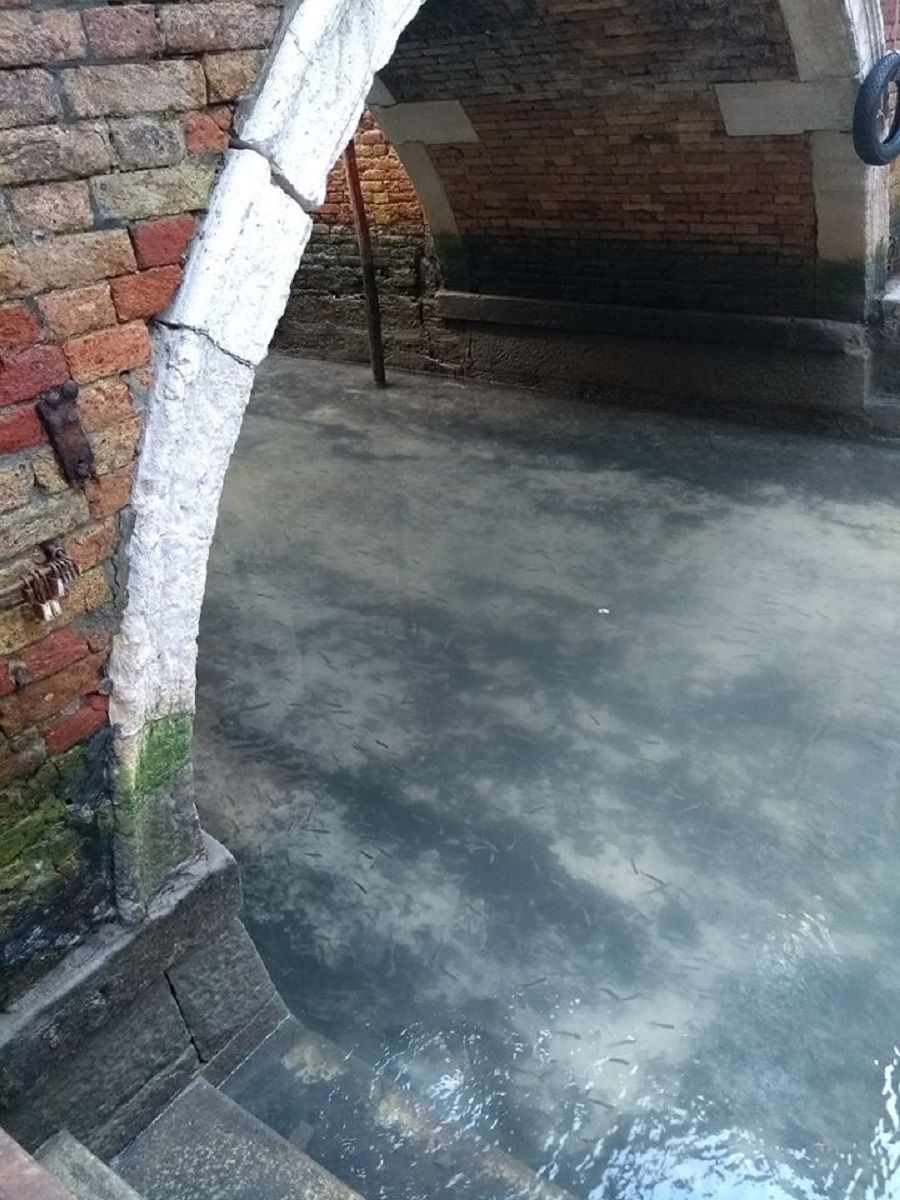 The canal at Rio dell’Arsenale was so dirt-free that nearby buildings were reflected on its surface. 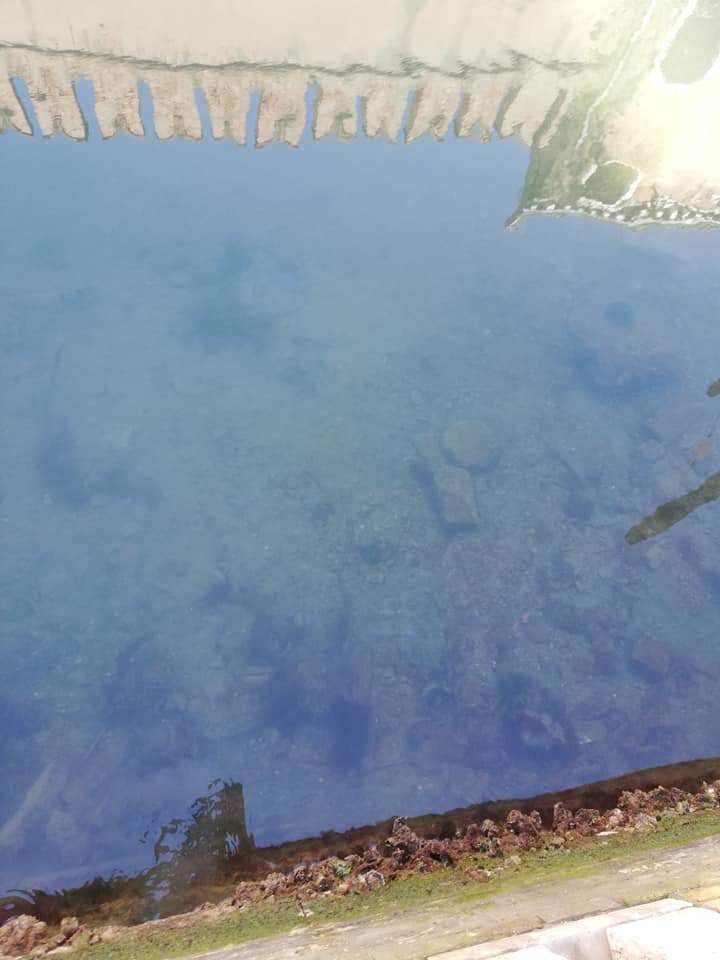 Just check out the difference between then and now at the same location: 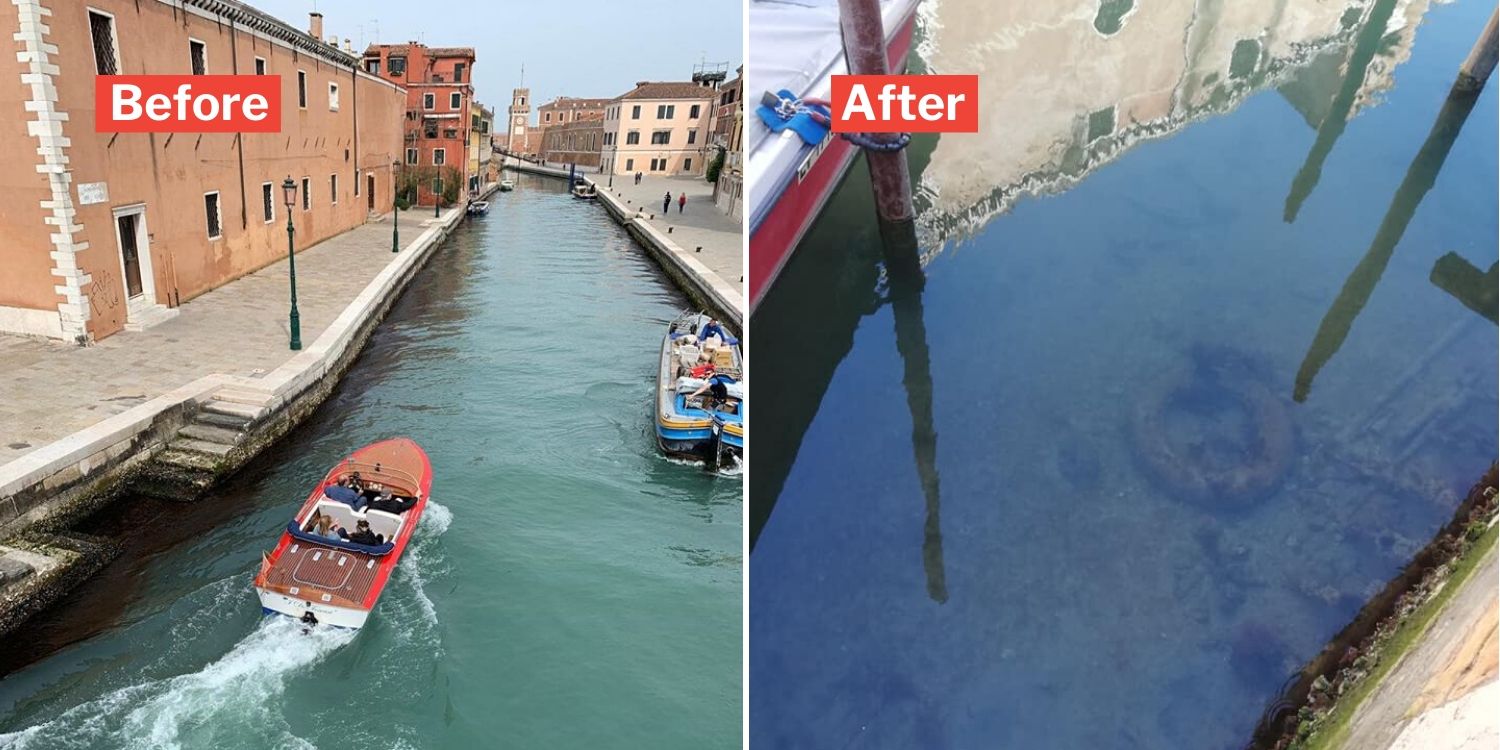 Wildlife flocking back to canals

It’s not just small fish that are coming back to Venice’s canals. Normally deterred by the hordes of gondolas, birds like swans and seagulls are returning too.

Just take a look at these magnificent creatures. 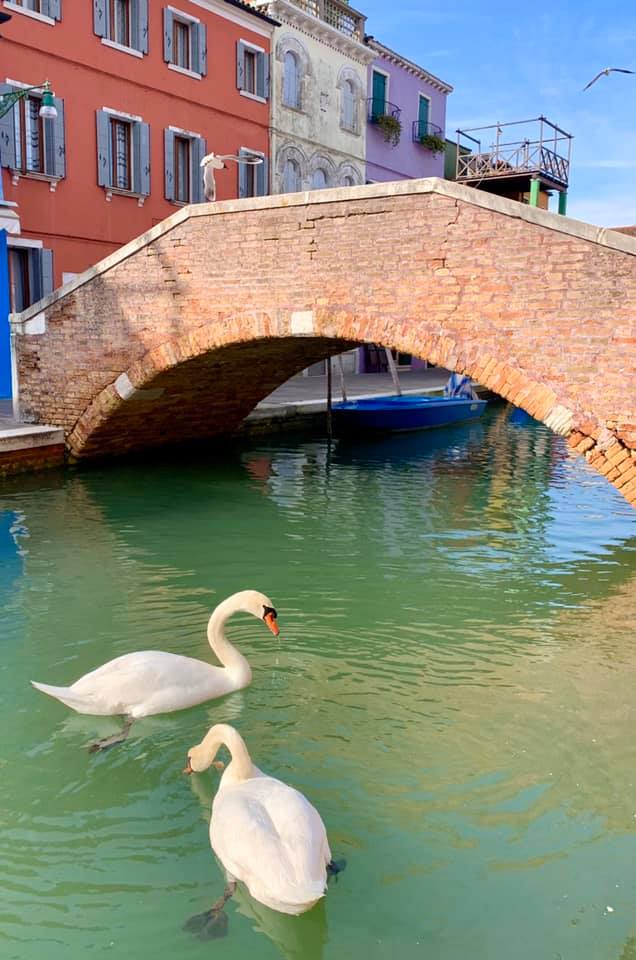 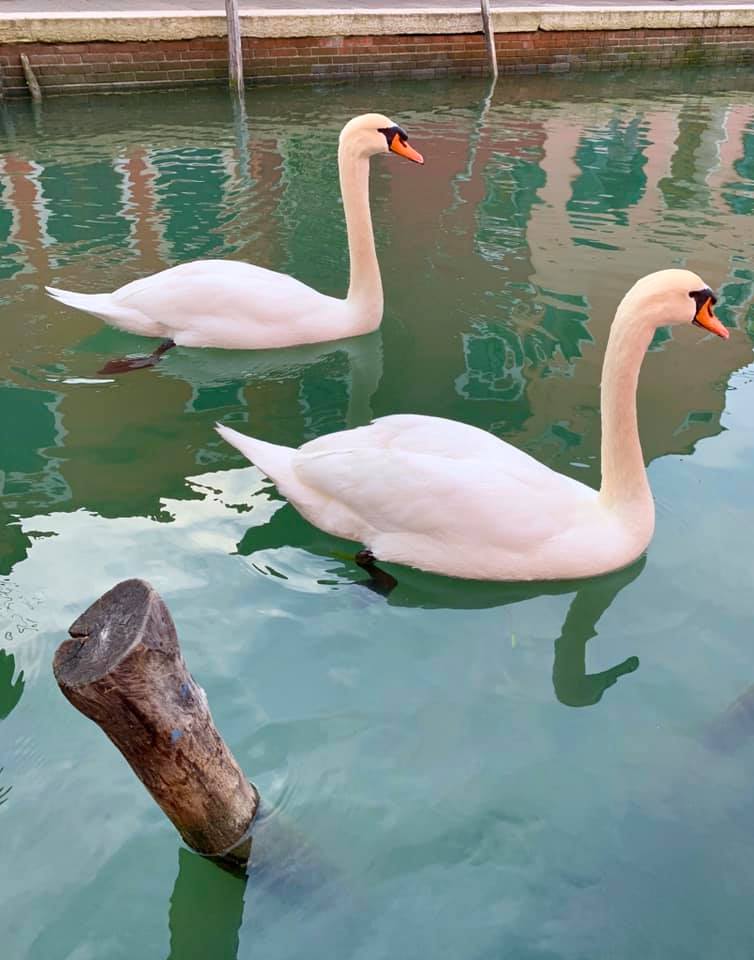 And take this charming photo, where sharp-eyed netizens will be able to spot a cormorant, an egret and a seagull. 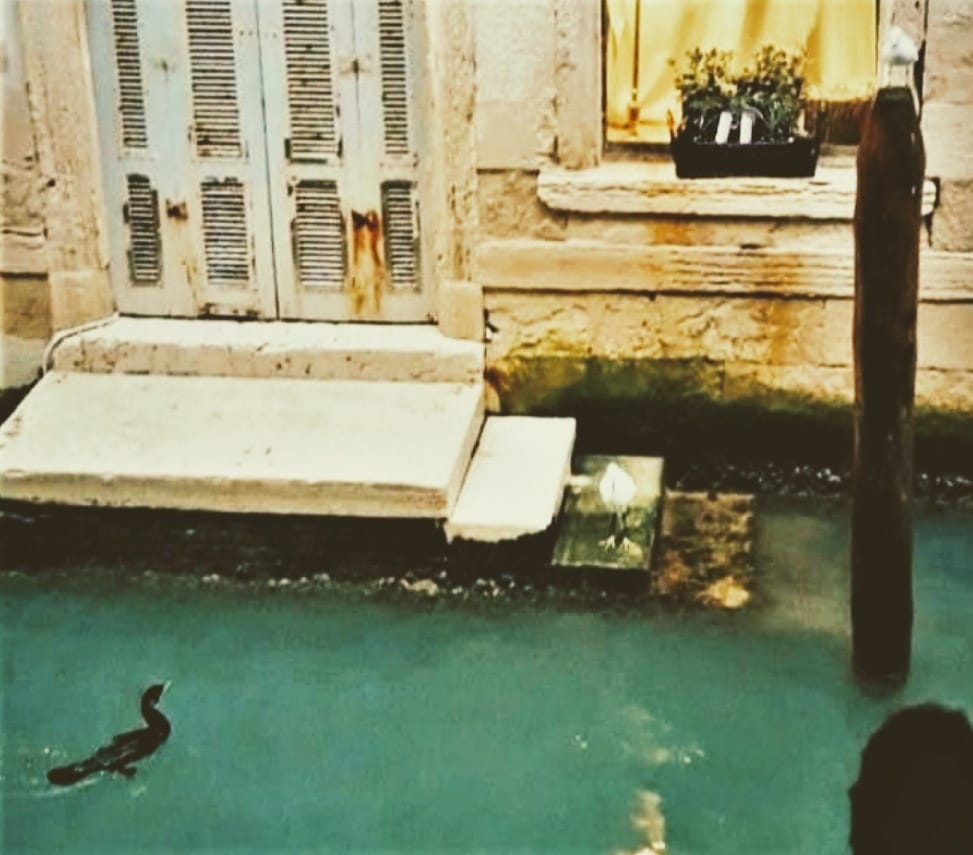 Many remember Venice for its romantic gondola rides into the Venetian sunset. 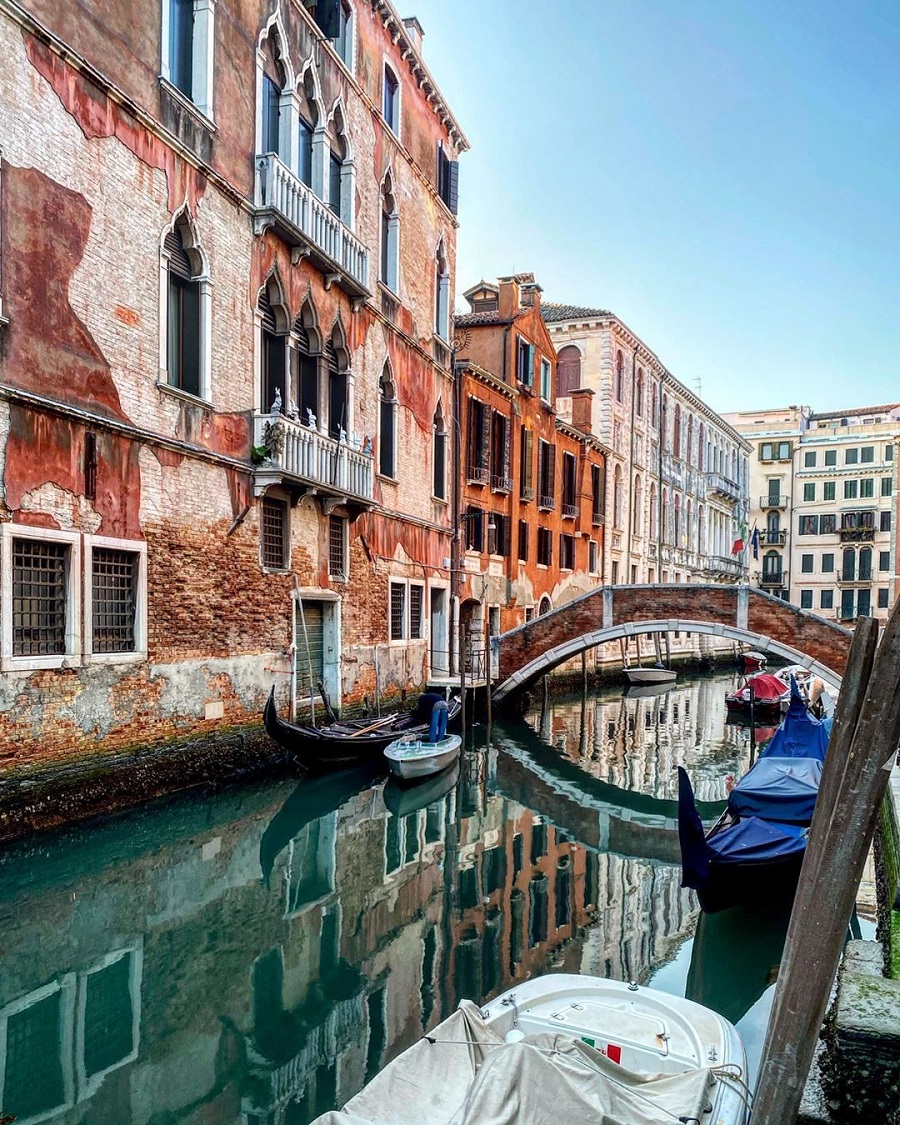 While everybody visiting Venice wants to experience a gondola ride, the overcrowding isn’t exactly doing the canals any favours.

The Venice mayor’s office claims that the viral pictures were a result of less boat traffic.

The water now looks clearer because there is less traffic on the canals, allowing the sediment to stay at the bottom.

While water quality might not have actually improved, the air pollution has drastically decreased due to the lockdown.

Satallite images posted by atmospheric and oceanic science researcher Santiago Gasso have revealed a significant decline in levels of nitrogen dioxide (a pollution marker) in northern Italy since the Covid-19 threat reared its head. Check out the situation on 14 Feb. Areas with higher levels of nitrogen dioxide (i.e. more pollution are in a darker shade. 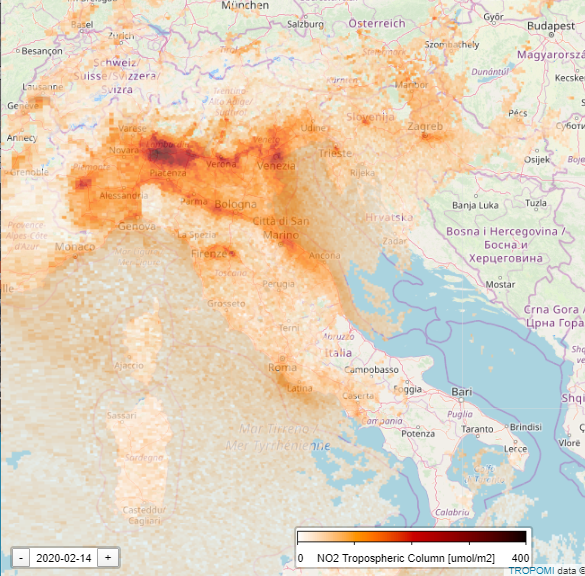 Now compare it with a satellite image taken on 8 Mar, which shows a drastically decrease in pollution due to the decline in vehicles and travelling locals. 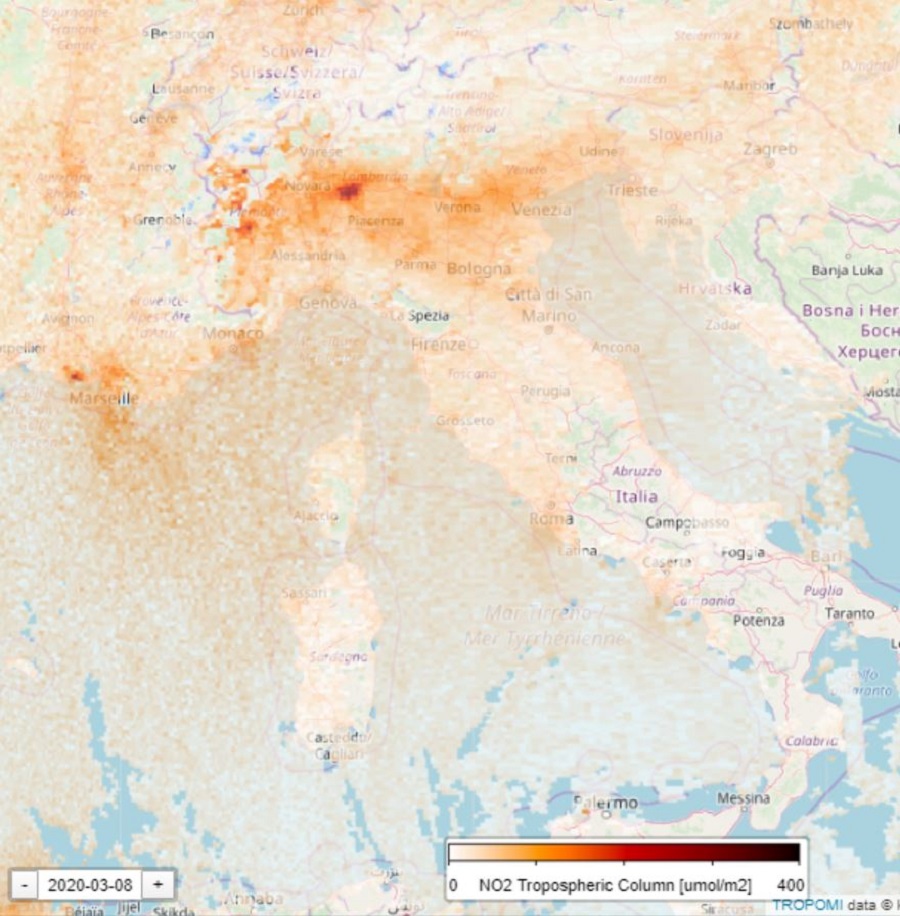 That same day, Italy’s government locked down most of the country’s northern regions to prevent further spread of the virus.

We all want life to return back to normal as soon as possible — but just bear in mind that what we considered as “normal” life wasn’t so good for the environment and the wildlife we share the planet with.

After Covid-19 has died down, we hope that locals and officials continue to implement measures to keep crowds down and the canals clean — even if that might mean losing out on visitor income.

Besides the pandemic, climate change and pollution are serious issues that the humans must face, so that we after the virus dies down, we don’t become the virus instead.