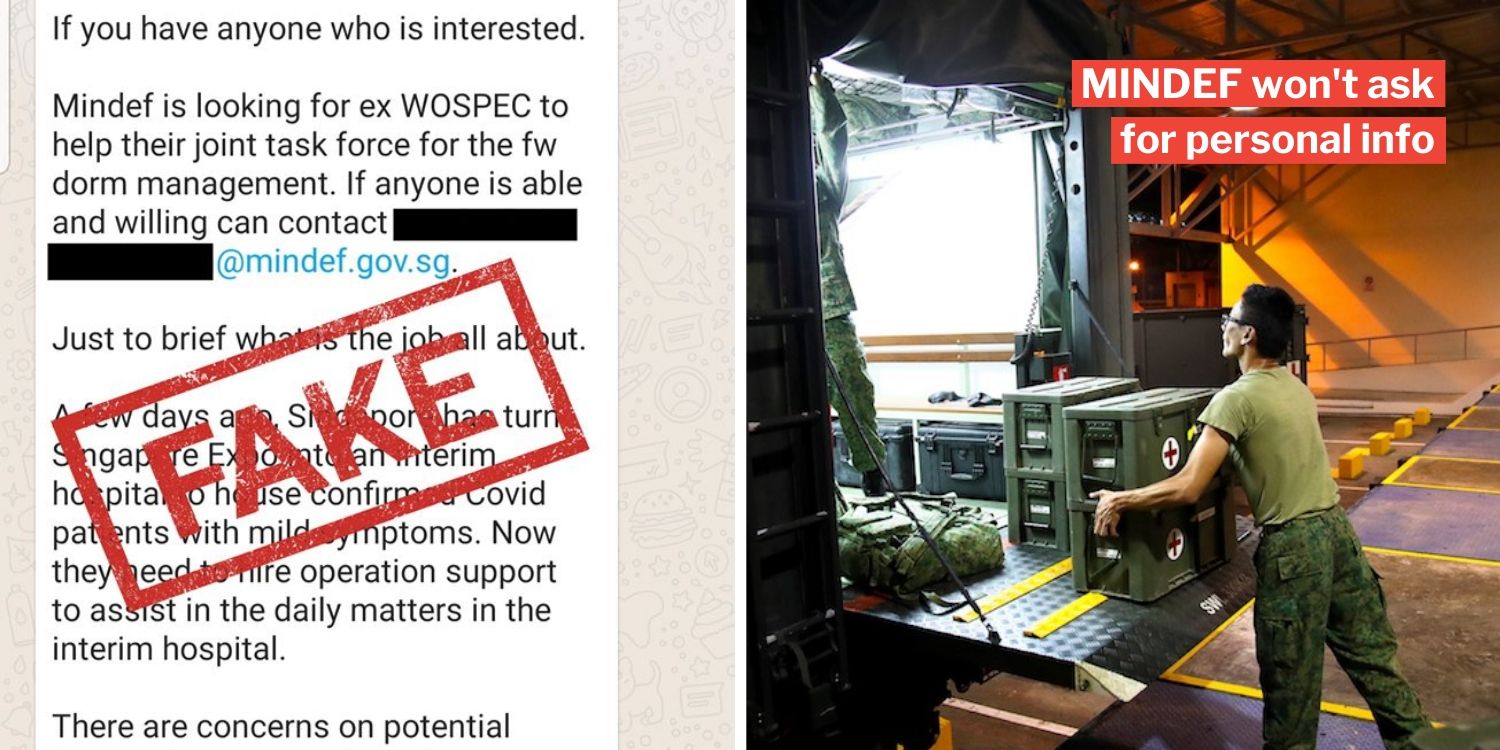 Amidst the Covid-19 outbreak, the government is doing the best it can to fight it. Ministry of Defence (MINDEF) is hiring ex-SAF regulars for an Inter-agency taskforce aimed at tackling the foreign worker dormitory situation.

However, as of late, recruitment messages have been circulating, asking people interested to submit personal details.

MINDEF has just come out to warn us that these are absolutely fake. They even added an entire gallery of images to give examples of what a fake message might look like.

In these images, scammers appear to be phishing for details such as NRIC and age, among other things.

In addition, they claim to be offering this as a high paying job stating people can get up to $5,500 monthly. 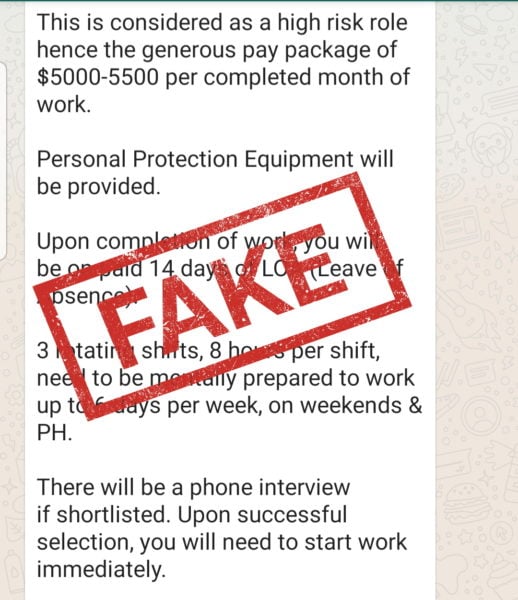 MINDEF has confirmed that in the recruitment process, they will not ask for personal details that include but are not limited to race, age, gender or citizenship. 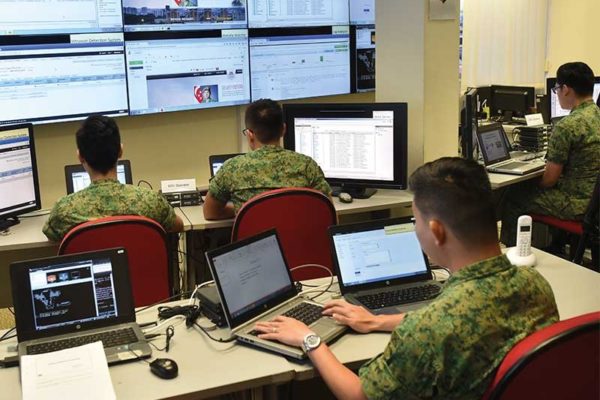 If you’ve received such messages, you can contact the NS Call Centre at 1800-3676767 or email contact@ns.sg for clarification.

More importantly, MINDEF urges people who receive these messages to cut the train of circulation.

Disclosing personal data to unknown parties can be dangerous, so do let others know.

Staying protected extends to cyber-readiness too

In a time where the risk of spreading fake news is rampant, please remember to safeguard your personal information.

Remember not to share any sensitive details immediately upon request, and verify your sources first.

Most importantly, do not spread any “news” without checking its validity beforehand.