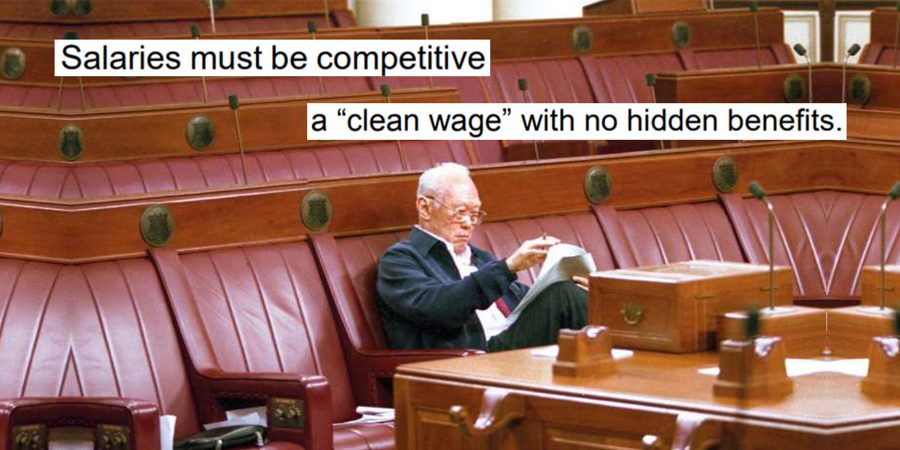 A topic that constantly surfaces in the public eye is the salaries of our ministers.

It is hardly surprising that this is a topic that’s always up for debate. Singapore’s ministers draw comparatively higher salaries than international political leaders, as critics like to point out. For instance, Prime Minister Lee Hsien Loong’s salary is at least 4 times higher than that of Ex-US President Barack Obama, inciting cries of ‘unfairness’ and ‘injustice’.

Some go so far as to creatively slice and dice up the Prime Minister’s salary in order to make flamboyant comparisons. No doubt, this is done to create the impression that our political leaders are greedy opportunists who are living lavishly without any regard for the average Singaporean.

The problem with these views is that they tend to hold a romanticised view of the motivations of local politicians.

Why do Singaporean ministers make more?

In 1972, the late Mr Lee Kuan Yew and his colleagues decided that ministers should be paid as per the private sector or according to market value. 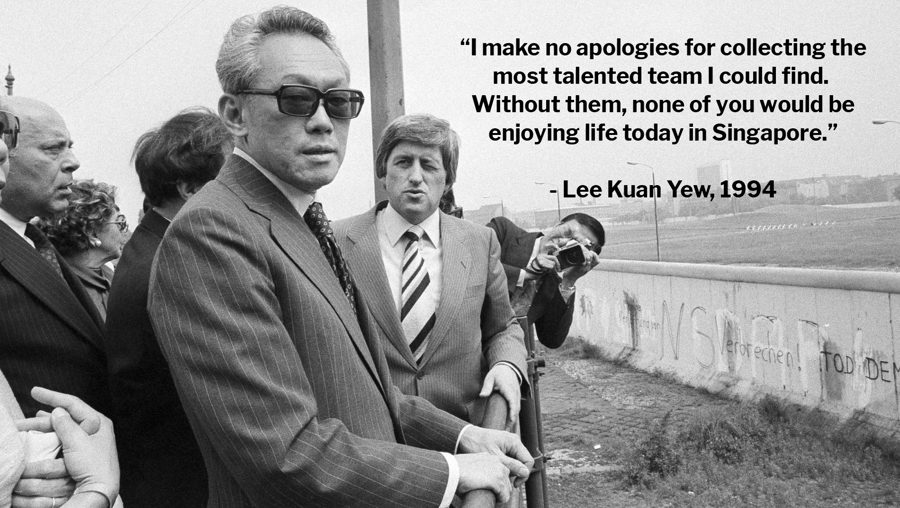 For instance, someone with an O-Level certification can’t expect to command the same starting pay as a university graduate. An entry-level clerk doing basic administrative paperwork can’t possibly be on the same pay grade as a finance manager handling million-dollar clients and portfolios.

Therefore, it was believed that politicians who were proven professionals should be incentivised with a salary commensurate to their responsibilities and experience.

This was the basis of Emeritus Senior Minister Goh Chok Tong’s controversial remarks last August, though they weren’t exactly well-received by the public.

Then comes the tricky part. How can we decide exactly how much to pay our ministers?

Private sector salaries are derived from market competition and trends. How then can we determine the ‘right’ salaries in the public sector?

Early PAP leaders took the average of top salaries in various private sector professions like accounting, banking, engineering and law. By doing so, they created a market-based benchmark for ministerial salaries to be pegged to.

The rationale behind this move was to attract the best talent based on proven merit, and for candidates to bring their professional expertise into political leadership. At the same time, they understood the importance of motivating honest leadership. They held no illusions of expecting talented industry leaders to take a substantial pay cut from the private sector to serve the nation.

In other words, they understood incentives.

Politics should be understood without romance

In an ideal world, political leaders would willingly and selflessly serve the public without expecting due compensation simply because it was their civic duty.

We do not live in such a world. Political leaders, like many of us, are individuals who suffer from the same flaws, biases and prejudices.

Students cheat in tests, and workers choose to skive during work or to leave their current job for a new one that offers them a more competitive salary. We all make decisions based on the types of incentives we face.

The same goes for political leaders who are driven by incentives and rewards to serve the public. Without proper compensation, many others succumb to corruption and bribery.

If we want clean leadership in Singapore, then we ought to be practical about the fact that politicians are not selfless angels. They do not exist.

Finally, the issue of Singapore ministers being overpaid should be viewed from a broader perspective.

The desired reduction in ministerial salaries would represent so insignificant a sum of money that it would hardly matter in the grand scheme of things.

Some simple math will make this point clear. Let’s pretend all 19 cabinet ministers draw PM Lee’s annual salary of $2.2 million — a gross overestimation on all counts.

Suppose instead of reducing their salaries, we paid them nothing for a whole year. That would leave us with approximately $42 million in excess. What could possibly be done with this residual difference of 42 million?

Redistribute it? $42 million dollars pales in comparison to the GST vouchers which totalled $1 billion for 1.6 million Singaporeans.

Compared to the government’s estimated 2018 budget of $80 billion, $42 million would comprise of a mere 0.05% of its total expenditure. 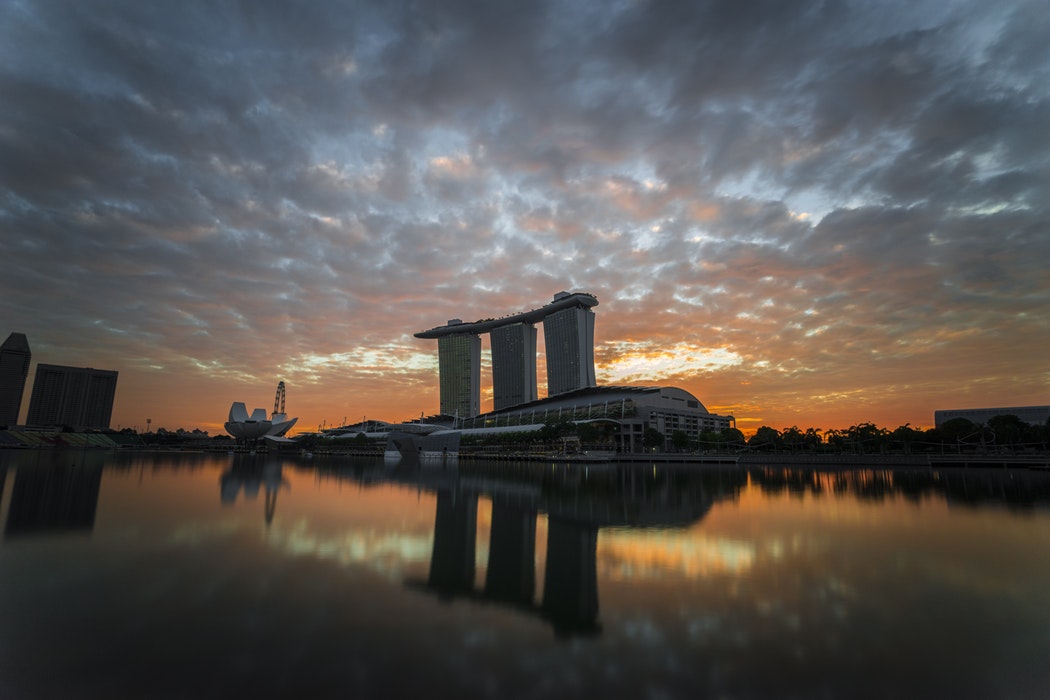 If Marina Bay Sands cost $5.5 billion to build, $42 million could scarcely build the hull of the ship.

Don’t let this distract or divide us

Cutting the pay of some politicians might make us feel better, but it would do close to nothing for the poorest of society who are struggling to get by.

Curiously, even leading opposition party The Workers’ Party has no deep disagreement with current ministerial salaries.

Instead, let’s look at genuine policy solutions for rising hawker centre rentals to conserve our hawker culture or how current Airbnb regulations are impeding the creation of economic opportunities for all of us.

If we truly care about the plight of poor Singaporeans, then we owe it to them to focus on issues that have a real impact on their lives.

Featured image from The Straits Times Archives and Gov.sg.