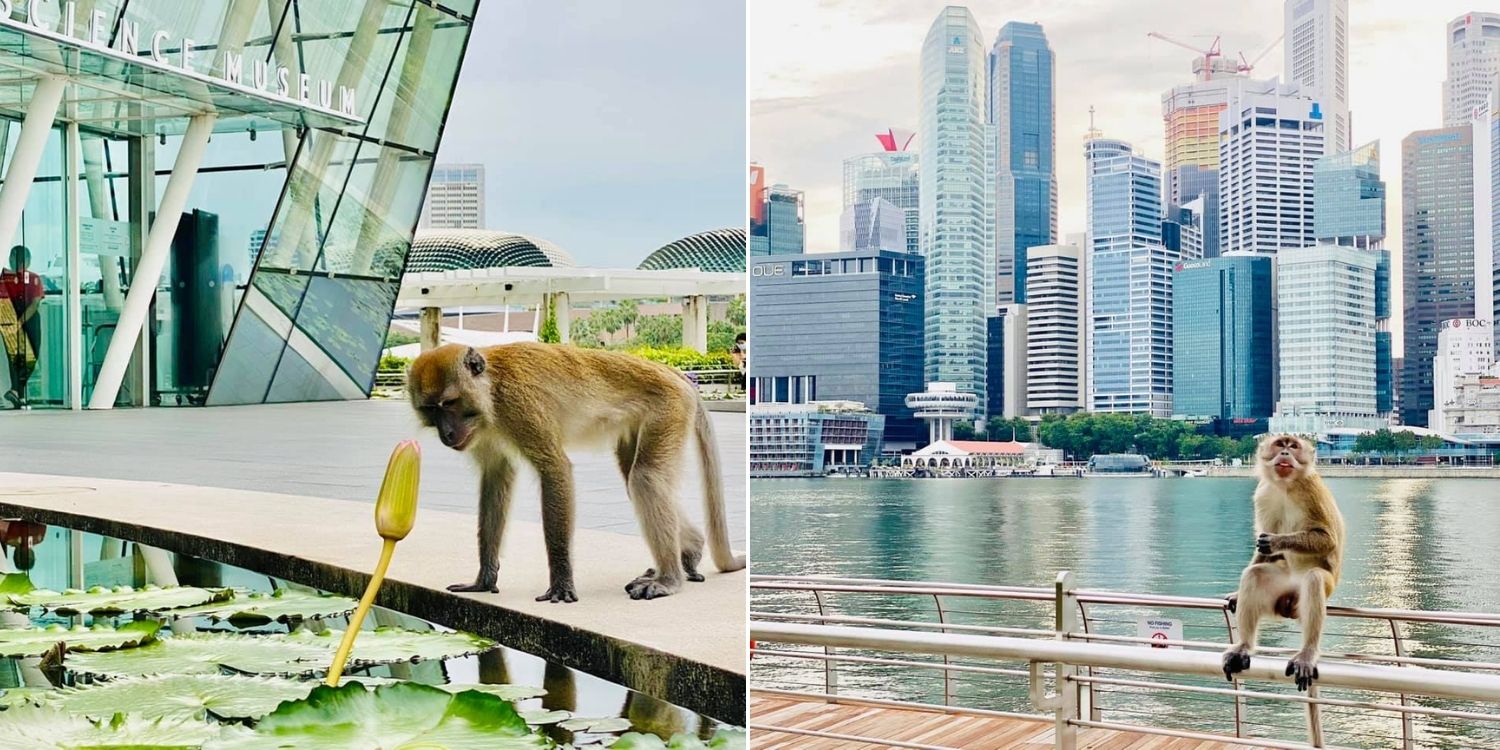 Monkey business is now a mood.

Monkey Lepaks At Marina Bay, Netizens Think He Looks Like A Tourist

During a busy day in town, have you ever wanted to just stop and smell the roses?

Perhaps we should learn from a monkey who was seen doing just that in the heart of Singapore’s downtown.

Not only does it seem like it’s having a good time chilling out, it also effortlessly posed for stylish photos that would make an influencer green with envy. 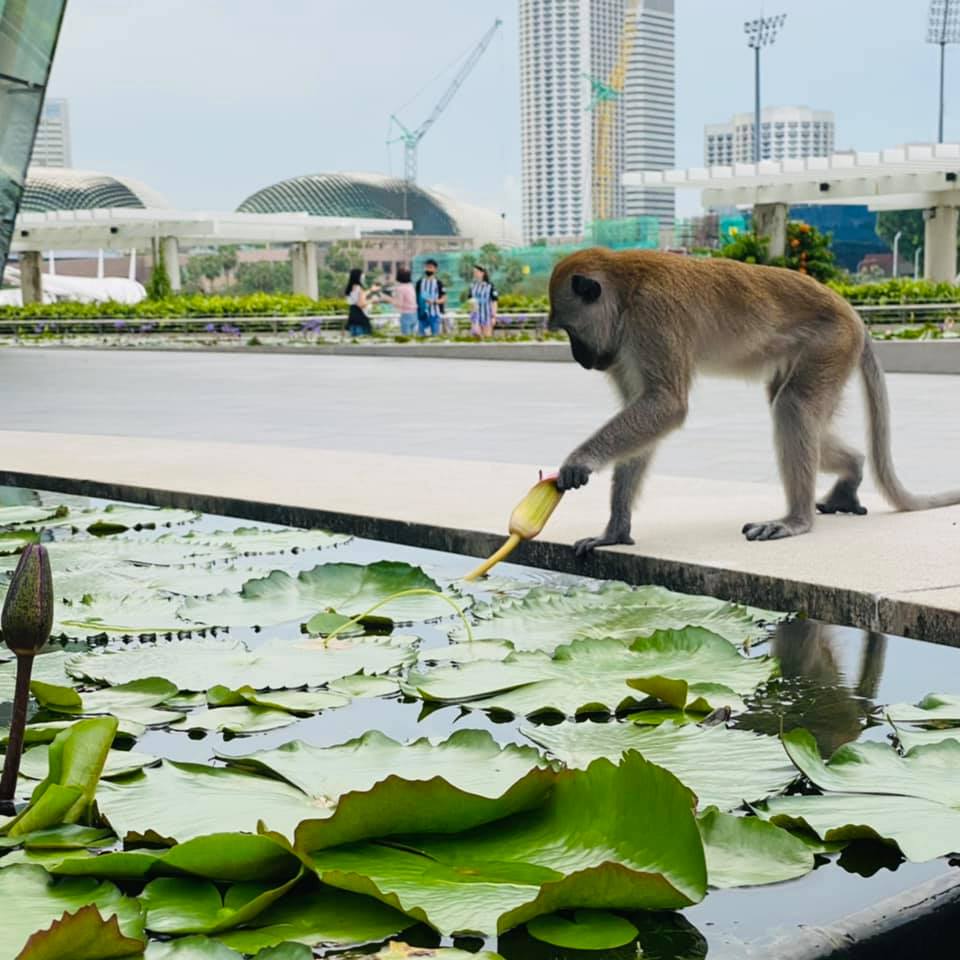 A netizen was having a run in Marina Bay on 2 Oct when she saw the magnificent creature wandering around the area outside the ArtScience Museum.

While you would expect to find monkeys in Singapore in the jungle, the netizen found this monkey in the concrete jungle instead.

Taking the opportunity to snap a few photos of this rare sight to post on Facebook, she must have been pleasantly surprised that the monkey obligingly posed for her.

Sitting in front of the skyscrapers in the downtown area, the monkey seemed exactly like a tourist — something that’s been a scarce sight in Singapore of late. 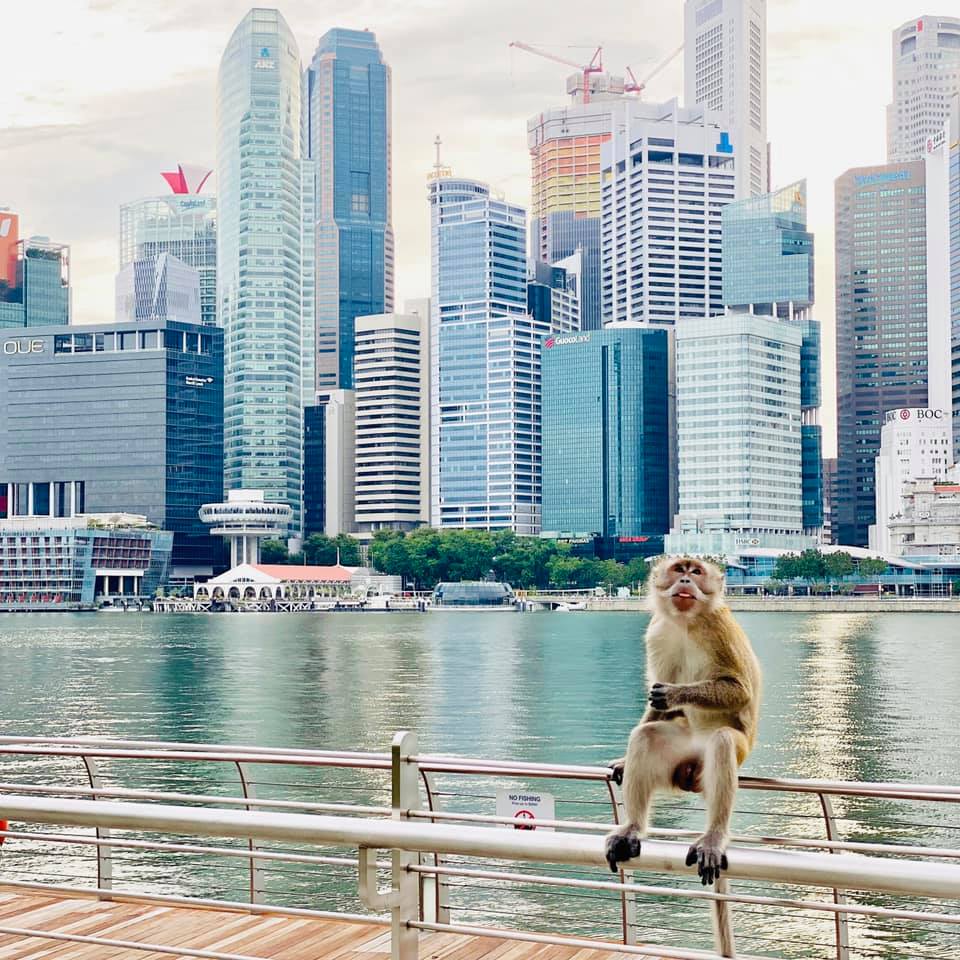 Stop to smell the roses

More Singaporeans are going back to the office now, and the buildings behind may have been filled with workers.

Perhaps they can all take a leaf out of this monkey’s book, and slow down to smell the roses amid the hustle and bustle of city life.

Okay, so it’s not a rose it’s smelling but a lotus, but you get the idea — it’s not really possible to find roses growing outdoors in Singapore anyway. 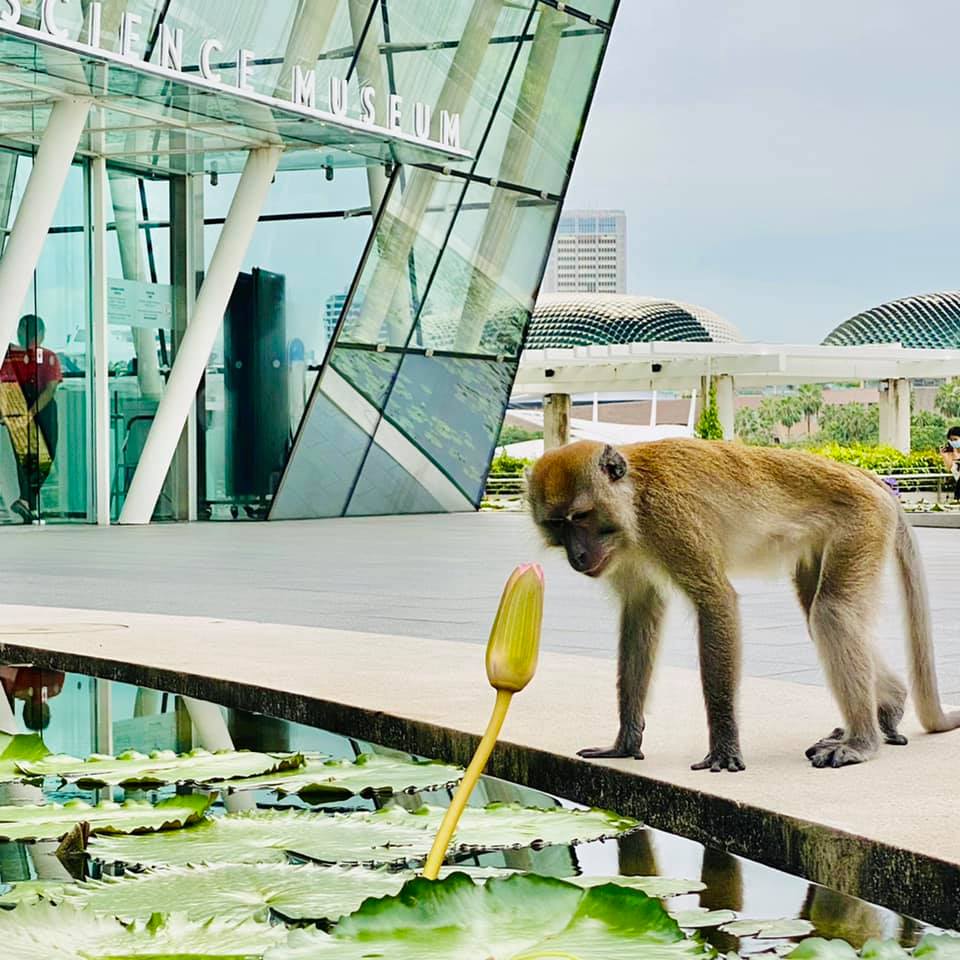 Netizens reacted to the photos with a combination of amazement and amusement.

Many wondered how the monkey got all the way to Marina Bay. Did it take the bus or MRT?

Another noted that since most people can’t travel out of Singapore yet, it heeded the Government’s call to be a tourist in his own country.

Referencing the fact that Singaporeans will each be getting a $100 SingapoRediscovers Voucher, one netizen joked that perhaps the monkey’s using it now.

Monkey life may be better than human life

Jokes aside, we’d love to relax one corner and space out amid Singapore’s cosmopolitan cityscape like that monkey. 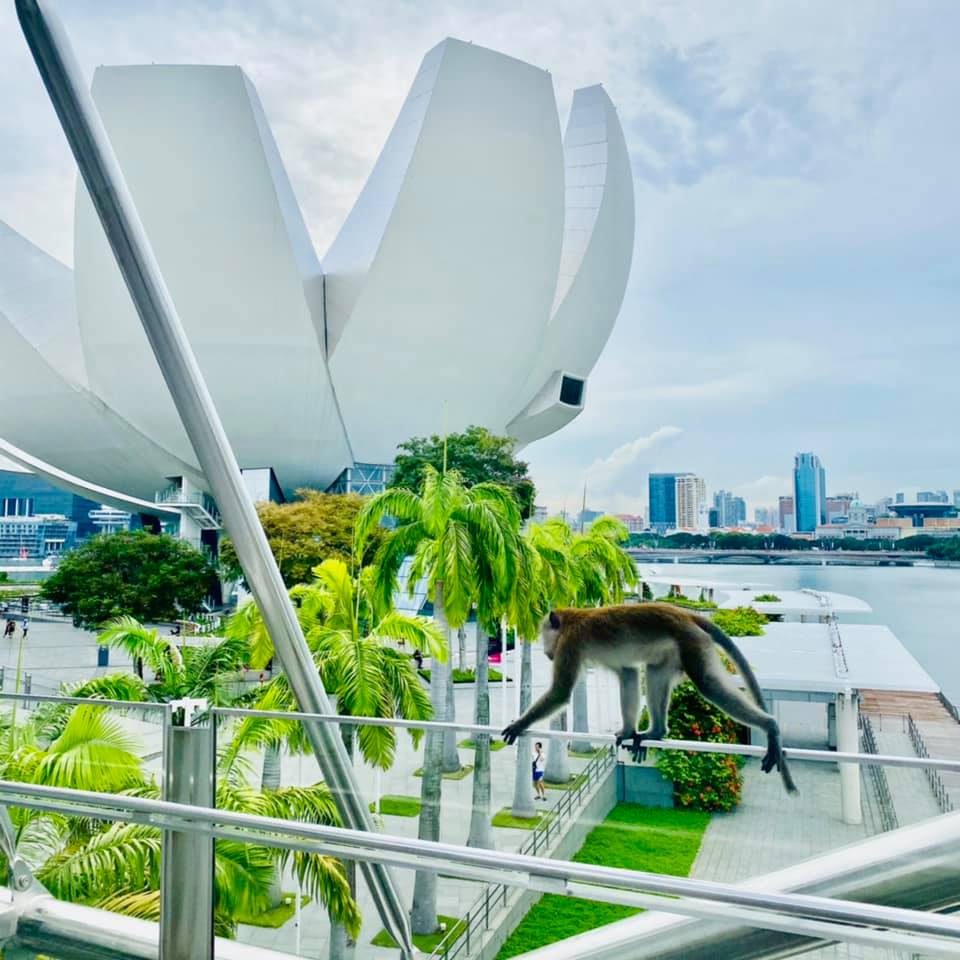 However, unlike that monkey, we’re not content with foraging for scraps or stealing food, so we still have to work to earn a living.

But while we get back to the slog of human life, we’ll be thinking of that monkey, and how he chose to make Marina Bay his chill-out destination — perhaps he’s a friend of the resident otters?