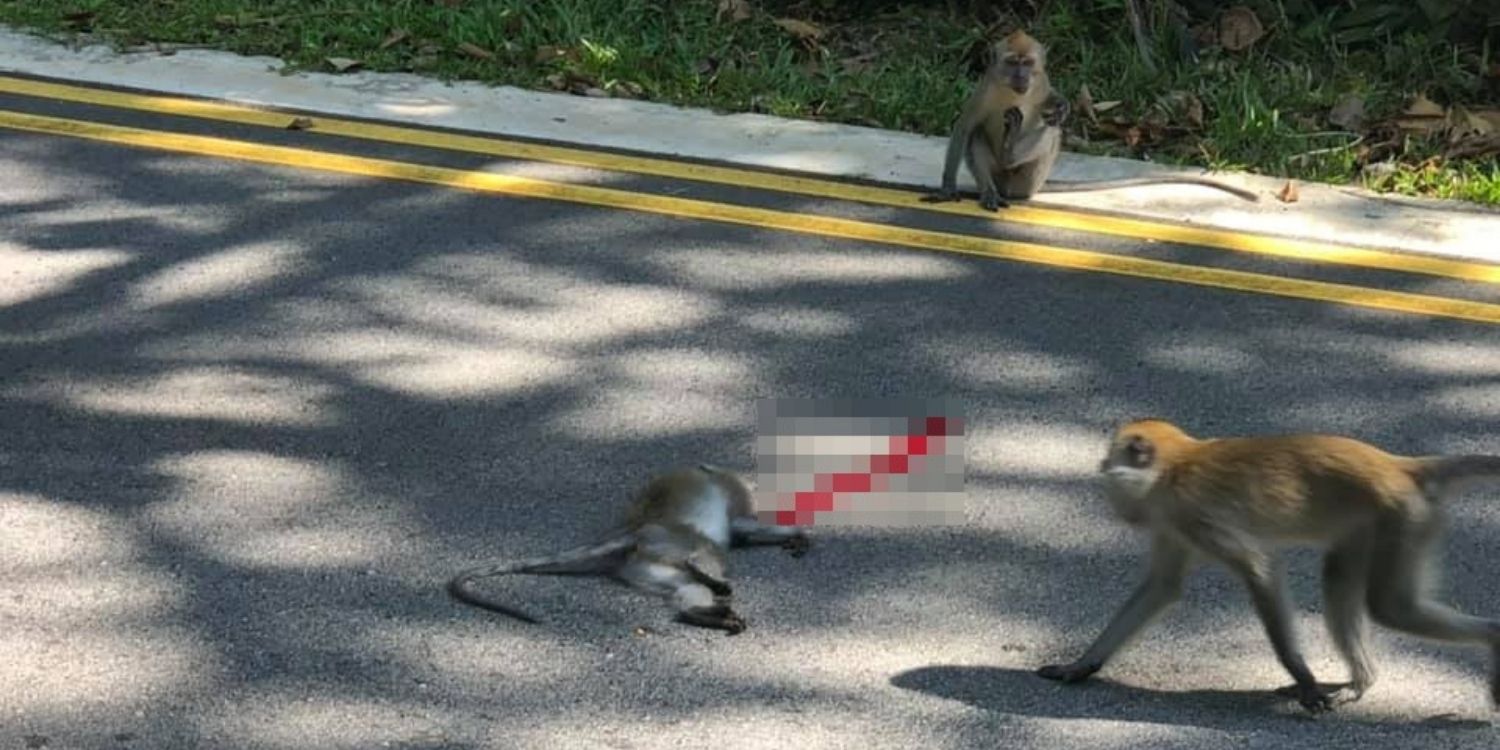 In an urban setting like Singapore, pockets of nature are few and far between, with animals often making appearances in our concrete jungle.

At the mercy of an unfamiliar environment, they may unknowingly put themselves in danger. One monkey sadly didn’t survive, when it wandered along Old Upper Thomson Road. 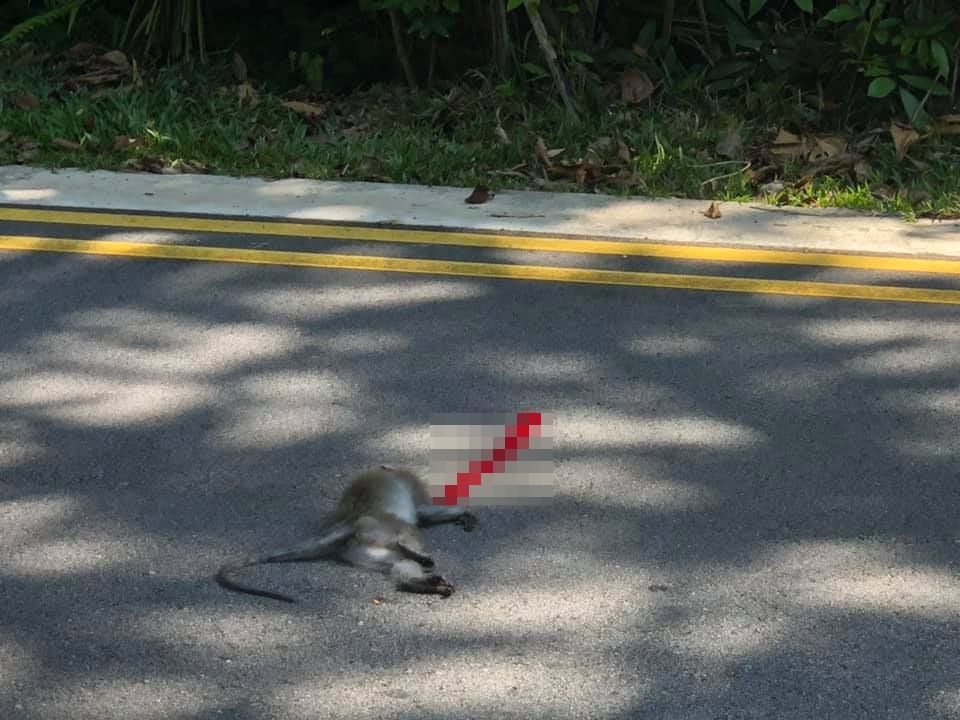 Suspected to be the victim of a vehicular accident, netizens are urging drivers to be more careful along that stretch of road.

Mourning the loss of the poor monkey’s life, he noted how this was the third such accident he had come across in the area, within the span of a year.

Speaking to MS News, Mr Chia said that the first one involved a monkey too, at the Upper Peirce Reservoir carpark. A car had allegedly knocked down the creature, hitting it in the head, and leaving it stunned. Thankfully, the monkey survived.

On the second occasion, Mr Chia spotted a snake carcass along the path from Upper Peirce Reservoir to Old Upper Thomson Road. Though he didn’t know what led to its death, cars passing through the area reportedly drove over the reptile and flattened it.

As for the monkey, Mr Chia promptly called NParks, who likely arrived shortly after to remove the carcass.

Netizens urge drivers to slow down

Images of the monkey with its friends looking on undeniably broke many hearts, as netizens, like Mr Chia, urge drivers to slow down. 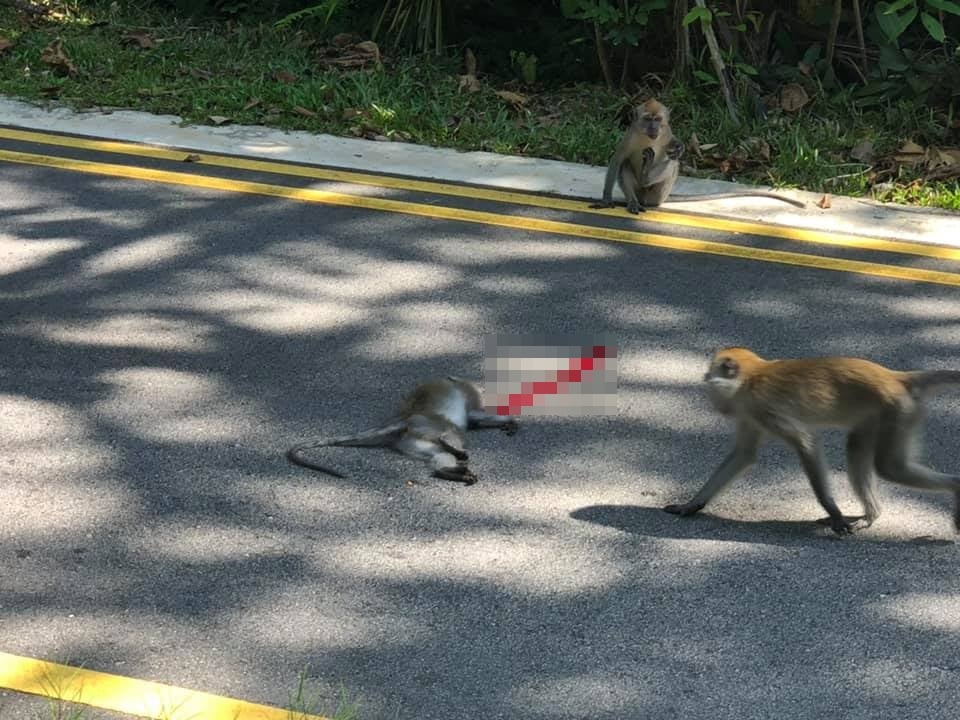 Several who’ve driven down that road before agree that a simple honk could get the monkeys out of the way, and prevent accidents. 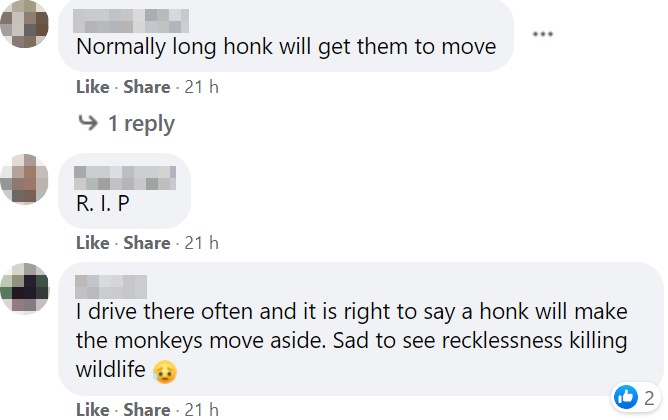 Perhaps addressing the multiple accidents there, some suggested that the authorities either close the road down to the public or install fixtures to warn drivers.

Whatever the subsequent steps may be after these accidents, hopefully more can be done to protect the animals’ safety.

Be careful on the road

Be it in the interest of protecting human or animal life, driving safely on the road is important.

If you ever encounter an animal carcass, you may call the following hotlines for help:

Let’s do our best to take care of the precious wildlife that still call Singapore home. They deserve to live peacefully too.