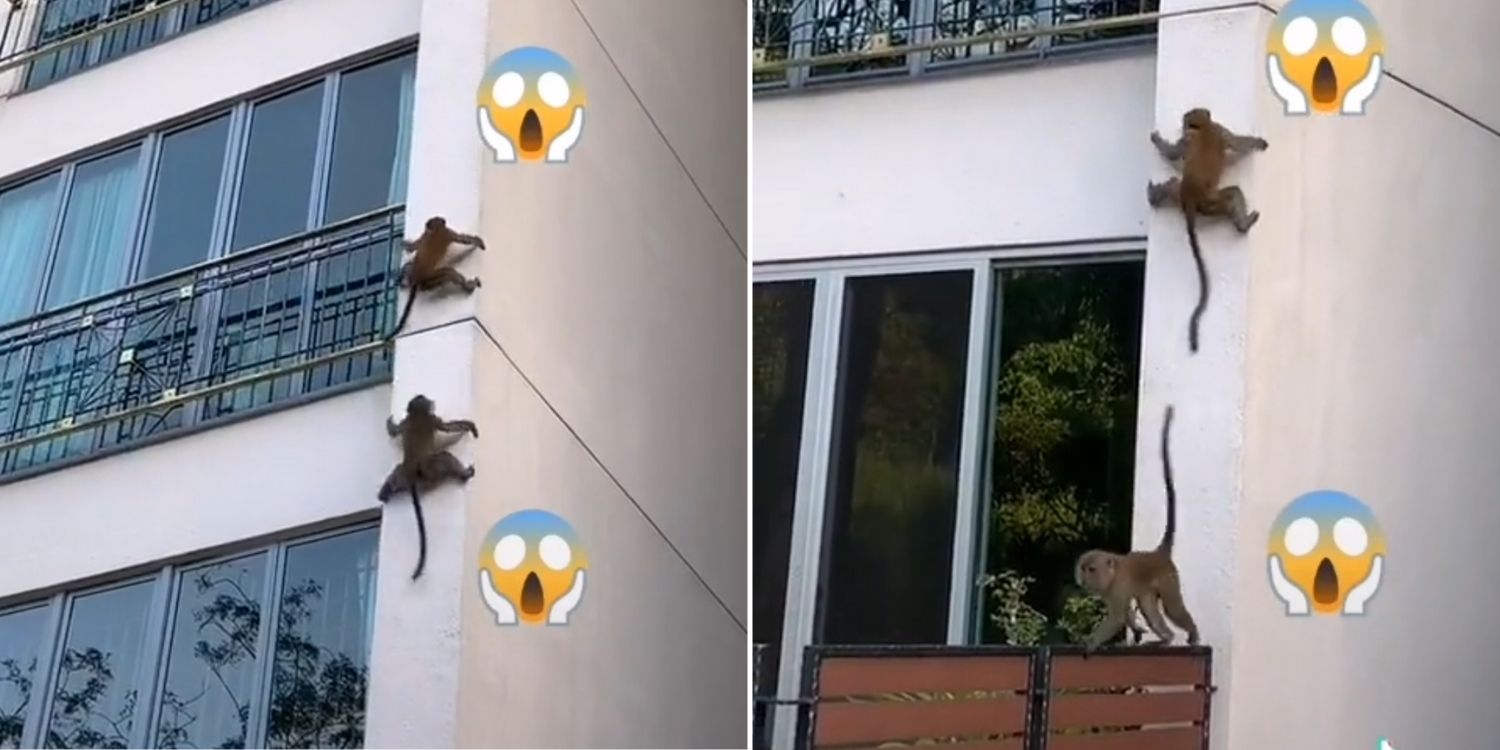 Singapore, while highly urbanised, does still have its fair share of wildlife, including playful monkeys. 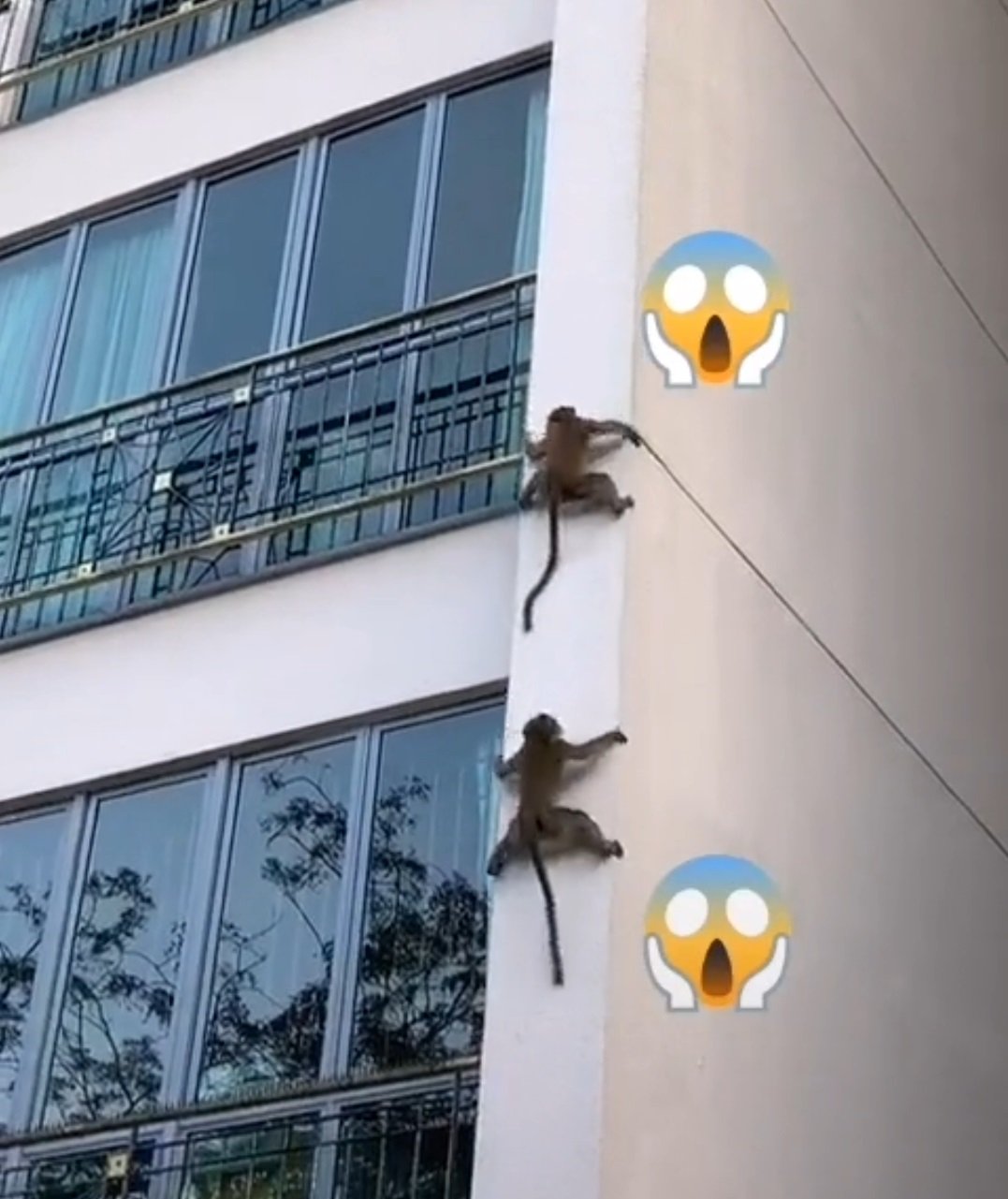 These 2 mischievous monkeys seemed to be quite in a hurry, probably not to reveal their secret techniques to the public.

Netizens even joke that the Mission Impossible music would go well with the footage.

The condo was identified to be Springdale, a stone’s throw away from the Bukit Timah Nature Reserve.

In the video, one of the monkeys starts to rappel down from as high as the fourth floor.

Employing an expert parkour technique, the monkey grabs hold on the sides of the protruding wall and make its way down swiftly.

The other monkey, who was initially grabbing onto the window railing, followed suit.

Upon seeing this, the first monkey slows down his pace as they both attempt to escape the scene.

Constantly checking their landing, they quickly reach the ground level before the video ends.

Netizens joke that they were in Mission Impossible

Netizens were amused at the swift movements and sneakiness of their actions, with many joking that the Mission Impossible theme music would’ve suited the video.

Others even suggested that these monkeys could teach our special forces a thing or two.

Watching the video in isolation sure makes for a humorous time but as one netizen suggested, the climbing monkeys must be a headache for residents in the condo.

Keep a safe distance & do not approach them

Life can get mundane at times but sights like this sure bring some spice to our day.

Peaceful living with monkeys can be achieved but that would require us to not engage with them as they can get feisty.

So, if you do come across any monkeys, make sure to keep your distance and not approach them in any way.

They are, after all, incredibly intelligent and sneaky.