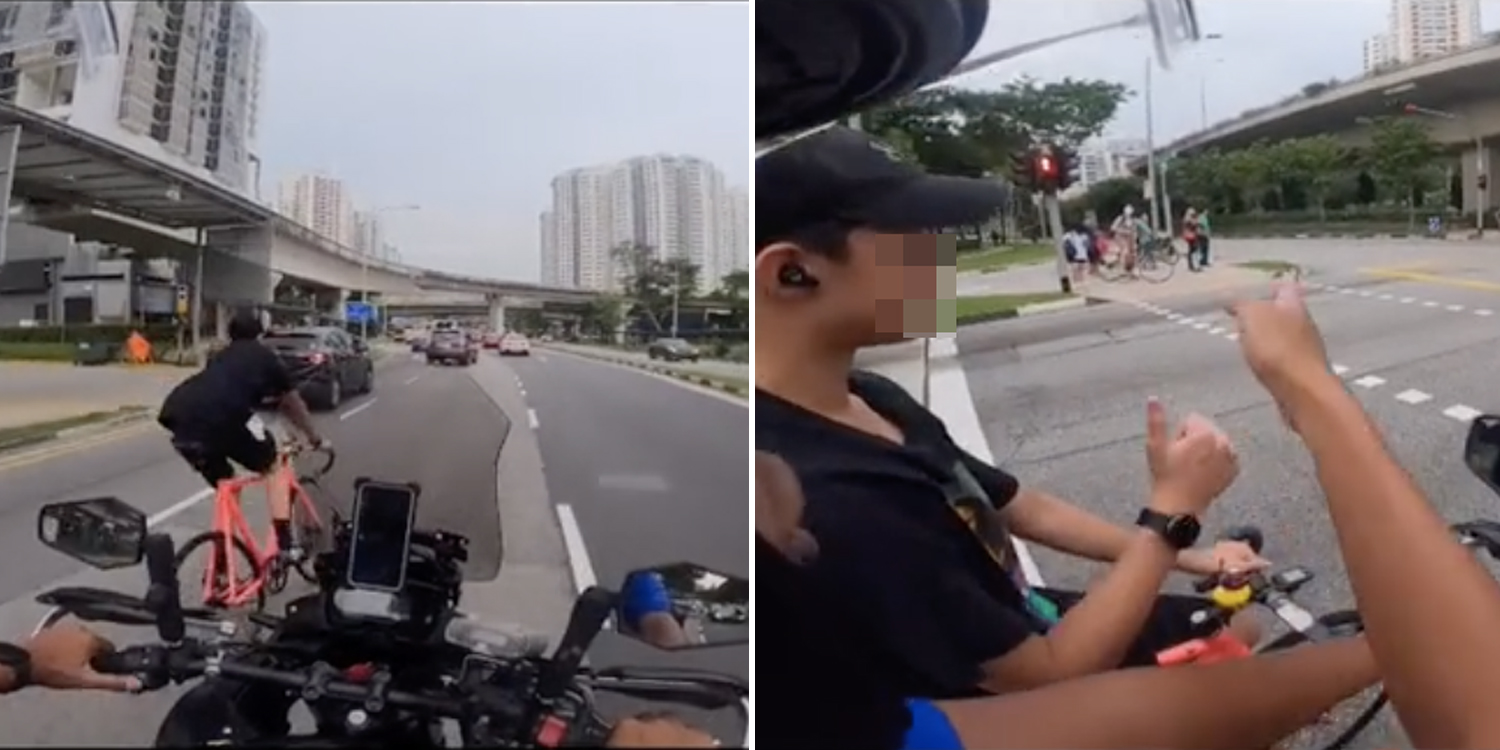 We often see cyclists on roads, weaving in and out of traffic. Recently, there have been many calls to regulate road cyclists in Singapore to keep all road users safe.

This comes as motorists have been finding it challenging to share roads with cyclists, especially ones that do not ride responsibly.

On Saturday (17 Apr), a motorcyclist shared footage of how he met a cyclist in Choa Chu Kang, who appeared to be riding dangerously.

Upon reaching a traffic light junction, the motorcyclist stopped next to the cyclist and advised him to ride on the left side of the road for his safety.

A motorcyclist was riding along Choa Chu Kang Road when he came across a boy cycling dangerously amid heavy traffic.

In his TikTok videos, the cyclist could be seen weaving through traffic at high speeds on his orange fixed-gear bicycle. At this point, the motorcyclist remarks how dangerous it is, saying, “This is why we need to ban bicycles on the roads”.

The motorcyclist then follows the cyclist, commenting that he isn’t even wearing a helmet.

As he closes in on the cyclist, he honks his horn, trying to get the cyclist’s attention. 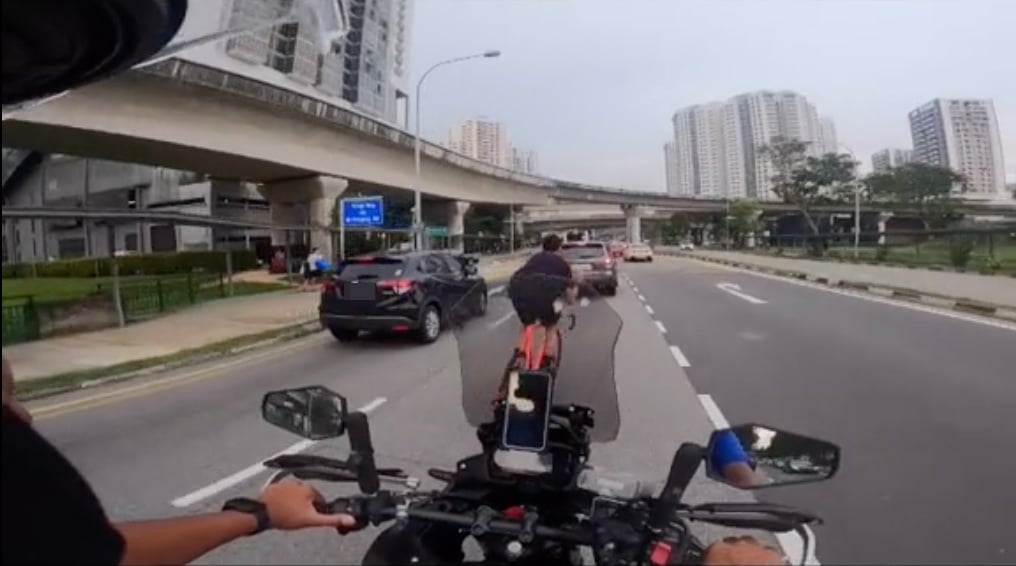 The cyclist moves to the left-most lane. When the motorcyclist continues with a long honk, he briefly raises his hand in apology before speeding up.

The cyclist is now on the 3rd lane of a 5-lane road when he stops at a traffic light junction. 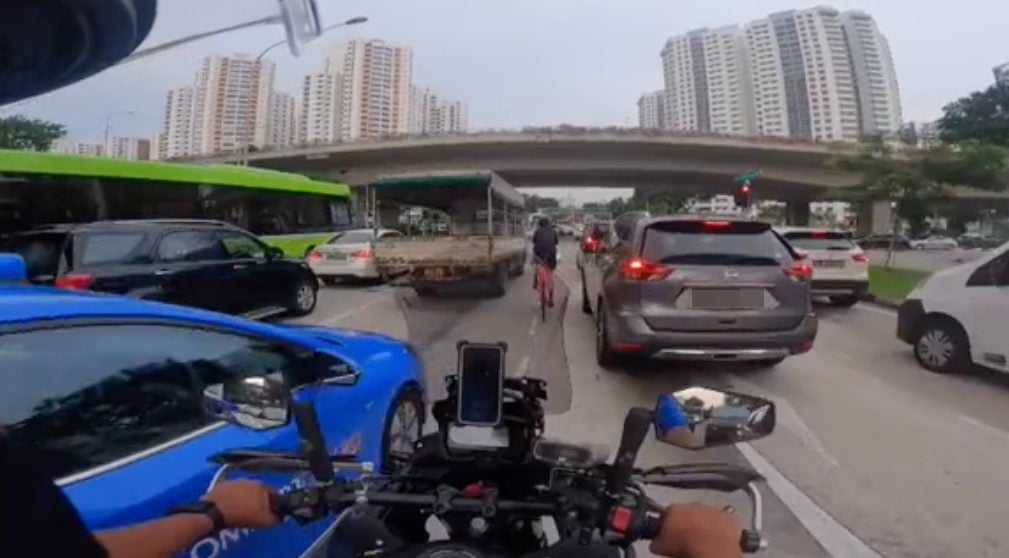 This is when the motorcyclist catches up and approaches him. 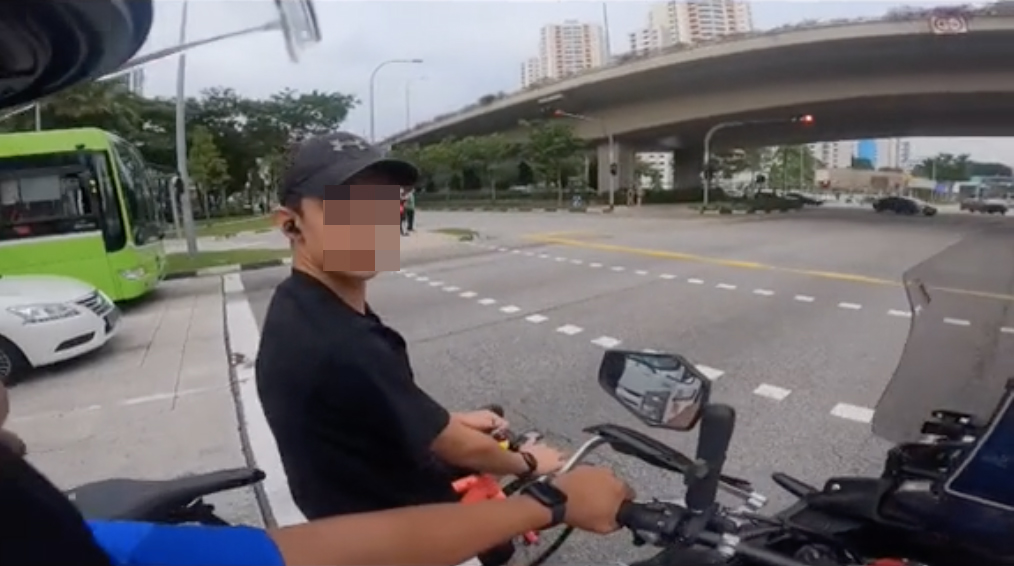 Close up, it becomes apparent that the cyclist is wearing earphones throughout his journey. He promptly removes them when he realises the motorcyclist is talking to him.

The motorcyclist then gives him a friendly word of advice, saying that he shouldn’t be on the road riding the way he was, especially without a helmet.

He says the boy should ride at the left-most lane instead. The cyclist replies with a thumbs up. 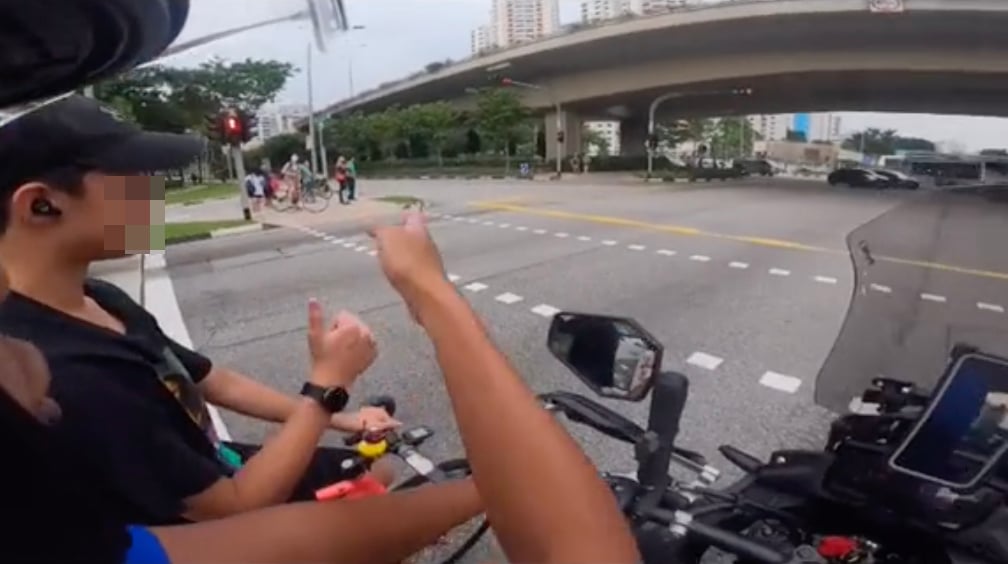 The motorcyclist then shares a moment with a fellow motorist who acknowledges the rider’s efforts in confronting the boy.

When the traffic light turns green, the cyclist moves to the left lane, as advised. 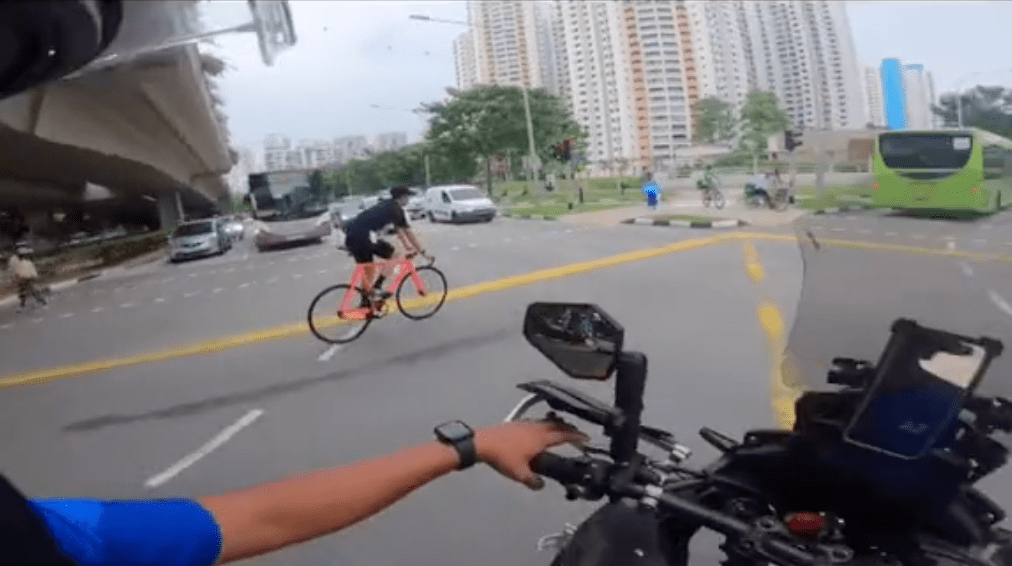 Further down the road, he is seen riding across the road on the pedestrian crossing. 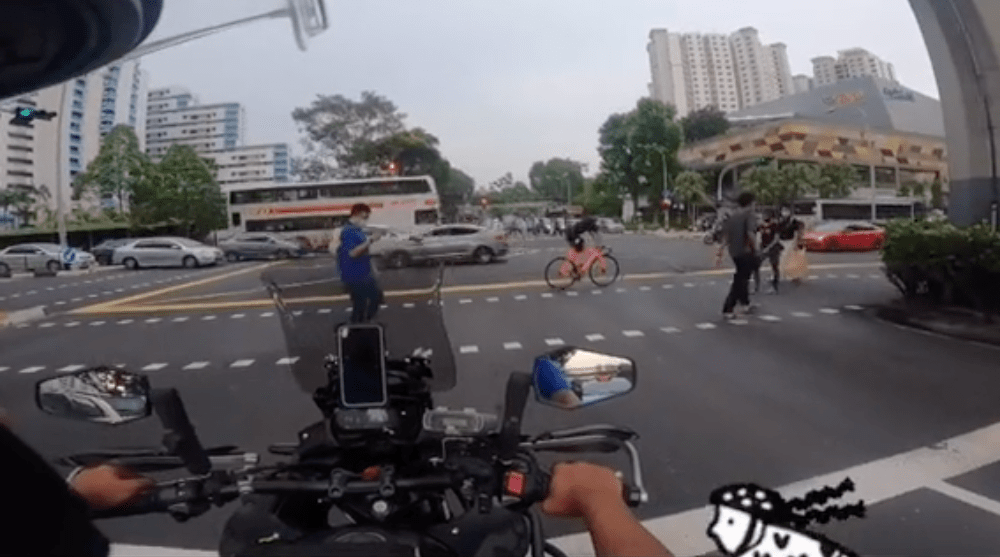 The motorcyclist then sighs, saying that such cyclists shouldn’t be on roads as they give all cyclists a bad name.

While cycling is a respectable hobby, it can pose serious inconveniences and dangers to cyclists themselves and other motorists.

The onus is on each cyclist to ensure they follow traffic rules and ride safely.

Everybody has a role to play when it comes to making our roads a safer space for all.