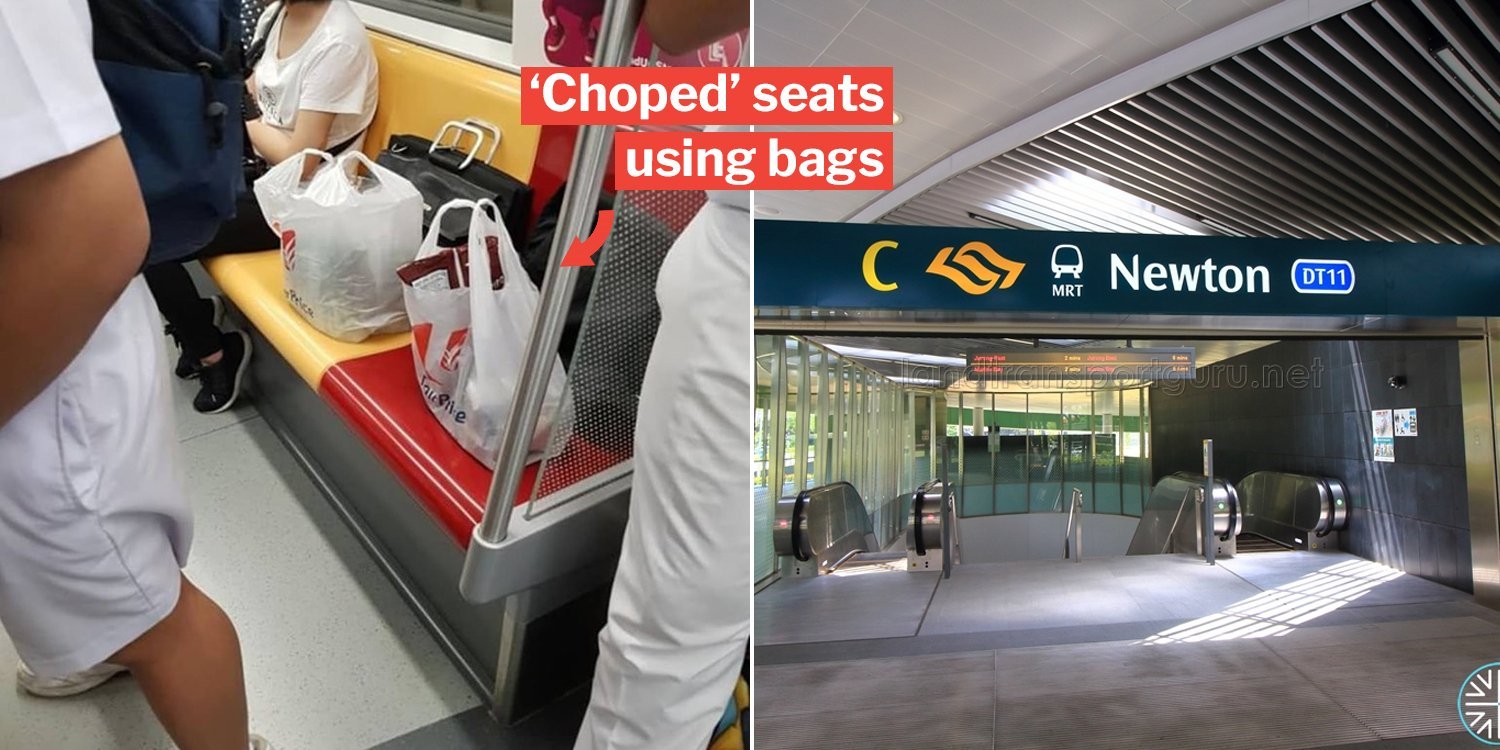 Most of us would have, at some point in our lives, seen commuters choping seats on public transport using their bags.

On Tuesday (23 Jul), someone complained on All Singapore Stuff’s Facebook page about a commuter who had “inconveniently” choped 2 MRT seats using her bags.

Choped 2 MRT seats with her bags

According to the post, the incident happened at 12.30pm on Tuesday (23 Jul) in a Downtown line train heading towards Newton.

The complainant claims that the train was extremely crowded, with quite a number of students returning home from school.

At one point, he noticed a female commuter glancing around suspiciously before placing her bags on 2 vacant seats — one of them being a reserved seat. 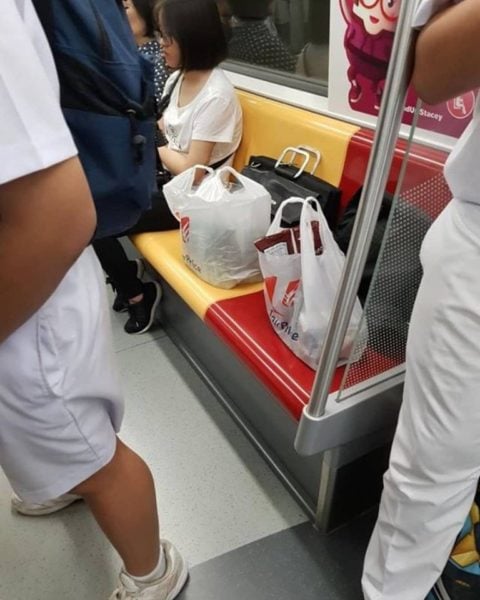 The netizen found the lady’s actions “inconsiderate” and claims to have witnessed other commuters doing this during his other commutes.

Other netizens told the complainant to ask nicely

The post has gone viral and has garnered over 500 shares at the time of writing. It also received a slew of comments from other netizens.

One netizen claimed she experienced a similar situation first-hand and ‘retaliated’ by removing the bags from the seat herself.

The majority, however, were more reserved and advised the complainant to simply ask nicely the next time he finds himself in a similar situation.

Let’s not assume the worst

While it may seem instinctive for us to dismiss commuters who place their bags on the seats as inconsiderate, we should not rule out the fact that it’s also plausible that they may be doing it out of necessity.

For all we know, said commuter may be suffering from a condition that’s making it difficult for them to carry heavy objects.

But if you’d like to have the seat yourself, or for another rider, consider asking politely before fishing out your phone and snapping a picture to shame the ‘inconsiderate’ commuter.