Must Share News – Independent News For Singaporeans
Home Current Affairs Environment Deers In Nara Park Are So Hungry, They’ve Gone Out To ‘Dabao’... 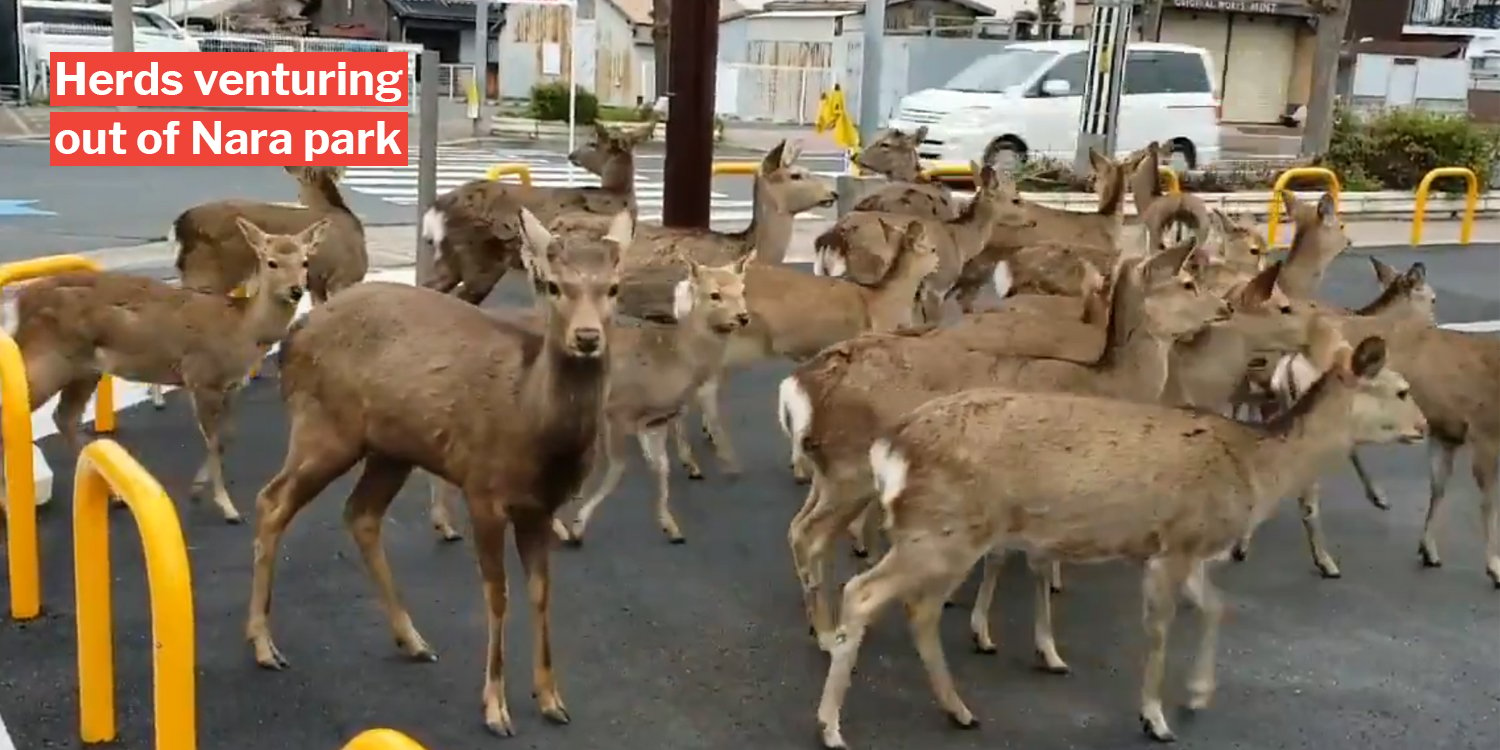 Nara, Japan, is famous for its Buddhist temples and statues. But for many, the southern city is also synonymous with deers. 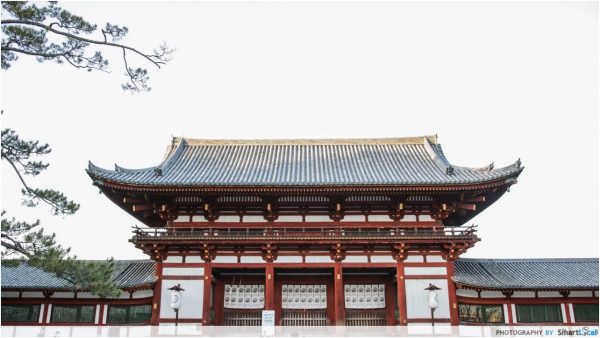 In fact, the city is home to hundreds of roaming deers, who some consider the “messengers of the gods“. 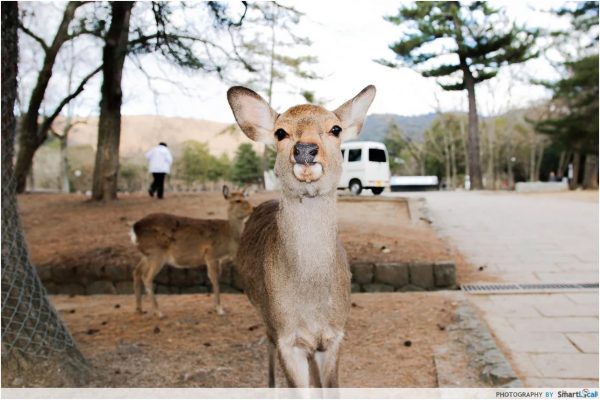 Most of the deers normally hang out inside Nara Park. However, with the declining tourist numbers as a result of the Covid-19 outbreak, herds have reportedly ventured out of their usual territories in search of food.

Some have been sighted at train stations while others were seen walking on the roads of Nara. 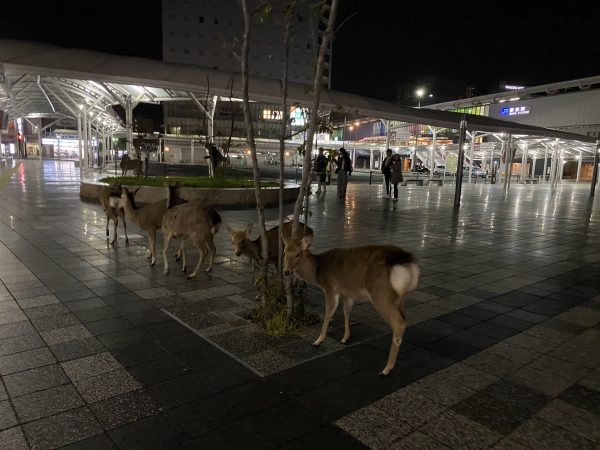 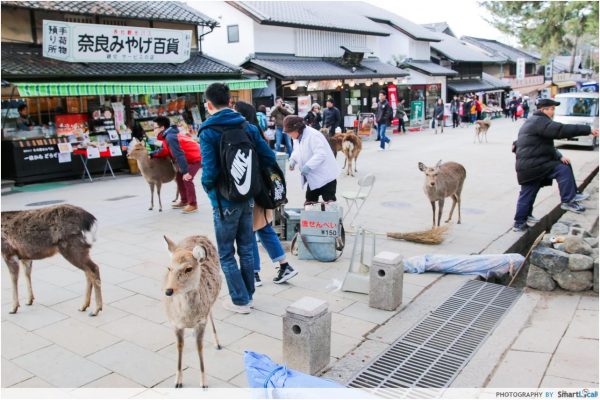 Apart from its religious sites and monuments, feeding deers is also a popular activity among tourists visiting the southern city. 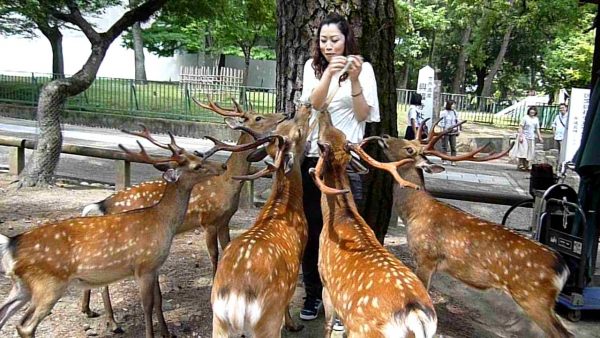 However, with the Covid-19 outbreak and ban on Chinese visitors, tourist numbers have fallen drastically by around 80%, according to Soranews24.

Usually, the deers would be content with the crackers fed by hordes of tourists visiting the city.

But as the number of tourists decreases, it would seem that deers have become increasingly desperate in their search for food. 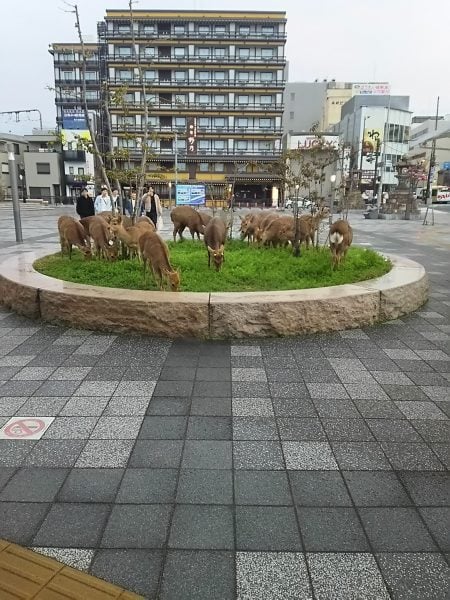 One hungry deer even chased a young girl to the point of her falling.

Nara deers travel outside usual habitat to look for food

Nara deers have also begun showing up at places outside its usual habitat.

Most recently, they were seen at Nara station, 3.1km away from the park — a journey that normally takes 20 minutes by foot. 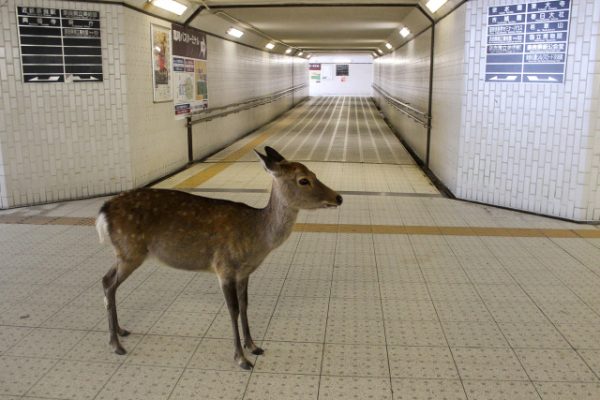 Deers were also spotted along sidewalks grazing on grass and shrubs. 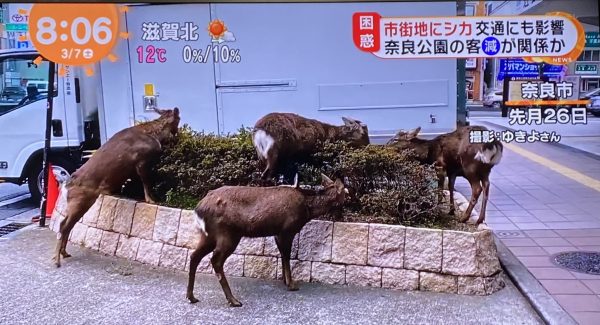 By the way, it ain’t just a handful of deers we’re talking about. Herds of them were seen venturing out of the park in search of food.

We hope the Covid-19 outbreak will take a turn for the better soon so Nara’s tourism sector will resume normalcy.

Nara deers aren’t the only ones who are starving as an indirect result of the new coronavirus. Monkeys in Thailand are also engaging in turf wars as they are forced to venture into unfamiliar grounds to fill their bellies.

These animals clearly depend on visitors and tourists for food. And if the Covid-19 situation does not improve, we fear they might starve for the months to come.