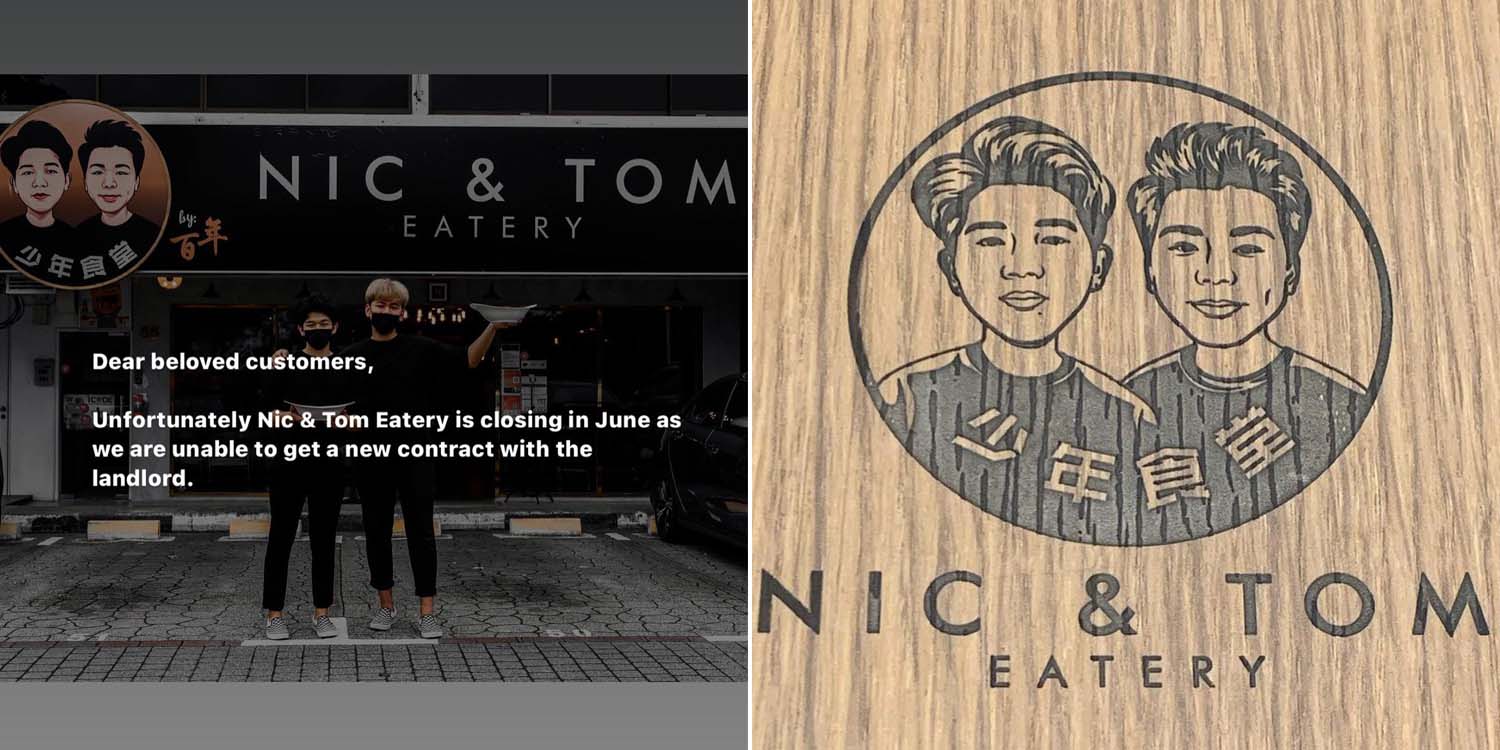 Kudos to their entrepreneurial spirit.

Nic & Tom Eatery Closing In June, Thanks Customers For Support Over The Past 3 Years

As the saying goes, all good things must come to an end — and this sadly applies to our favourite restaurants too.

Nic & Tom Eatery in Serangoon Gardens recently announced their upcoming closure in June due to rental woes. Unfortunately, the owners could not secure a new contract with their landlord. 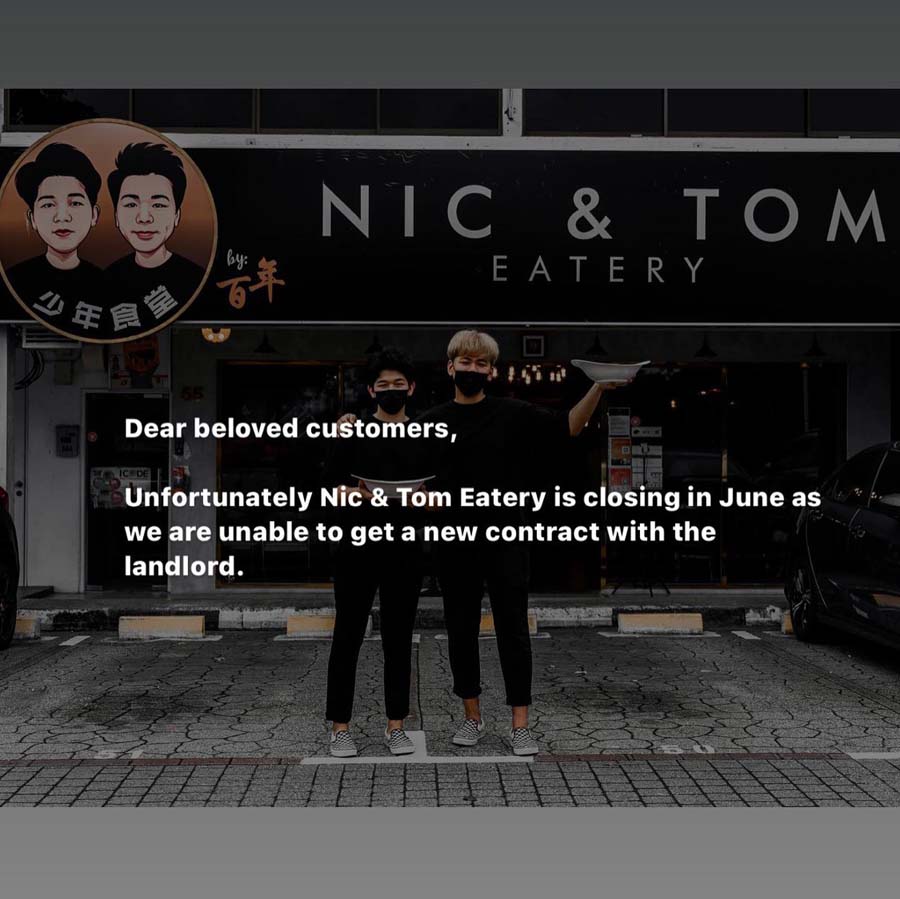 If you have any fond memories of dining at the restaurant, perhaps it’s time to stop by one last time before they make an exit.

Nic & Tom Eatery opened its doors on 27 August 2019. The restaurant is run by cousins Nicholas Lim and Tommy Pang, and serves up familiar favourites and comfort food.

To prepare for its grand opening, the owners prepared ingredients, cleaned chicken skins by hand, and cooked pig trotters until 5am. Unfortunately, the hype – and crowds – died down after three days.

After that, the owners would often have to wait until late afternoon for their first customer despite opening at 10.30am.

In the hopes of reviving their business, they distributed 50% discount coupons to nearby residences and even offered free main dishes, but nothing seemed to work.

Still, they refused to give up despite the challenges.

Back to zero amid pandemic

Nine months later, the restaurant was featured in The Straits Times, and it seemed like the owners could finally see the light at the end of the tunnel.

Their business got better until Covid-19 sent the restaurant back to square one.

Fortunately, they were able to pull through because deliveries were picking up. Even without any support from Grab and Foodpanda, they managed to deliver up to 200 orders islandwide daily. 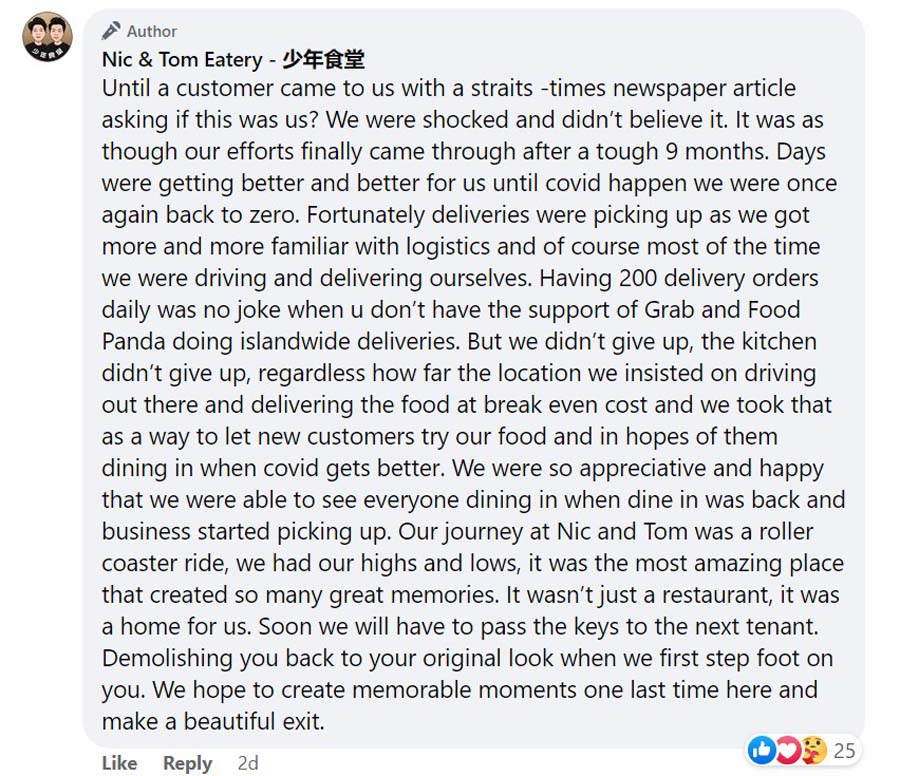 They insisted on driving to deliver the food themselves, regardless of the customer’s location.

Once restrictions were lifted, they were delighted to see loyal patrons dining in again.

The owners described their journey with Nic & Tom as “a roller coaster ride” with plenty of ups and downs.

Although it was never easy, the smiles and encouragement from patrons helped them move forward during tough times. 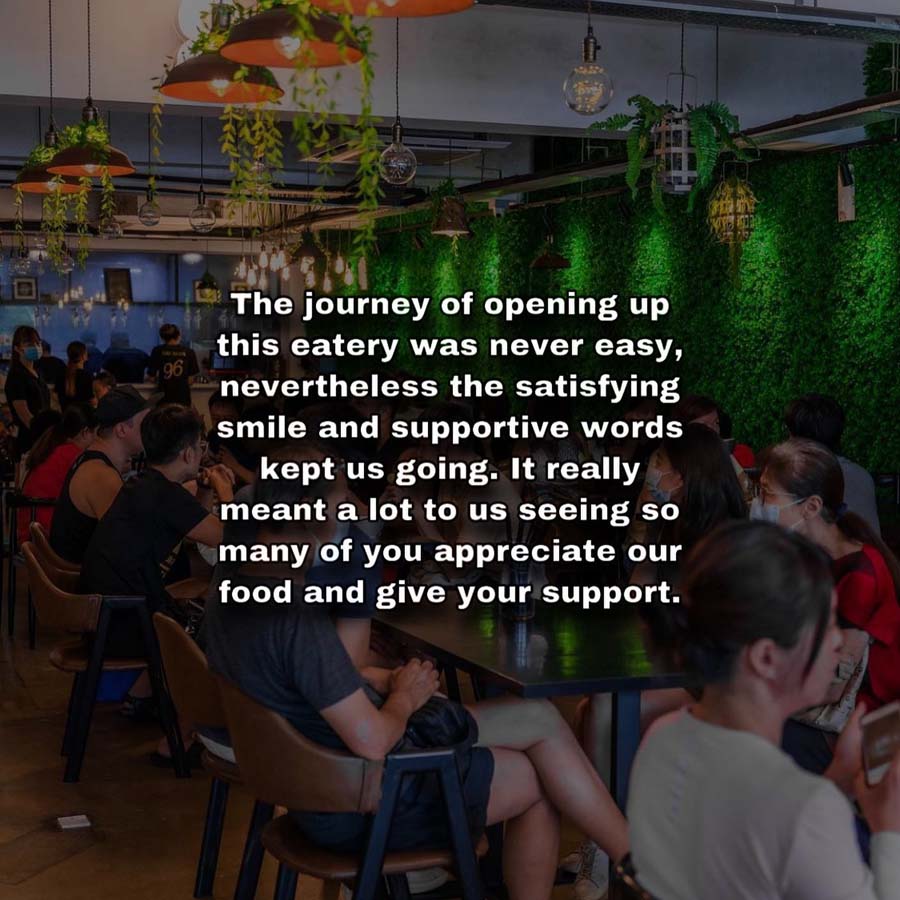 The owners thanked customers who helped them in their journey by inviting loved ones to dine with them and telling others about the restaurant.

They also expressed their gratitude to the media, who were willing to share their story for free. 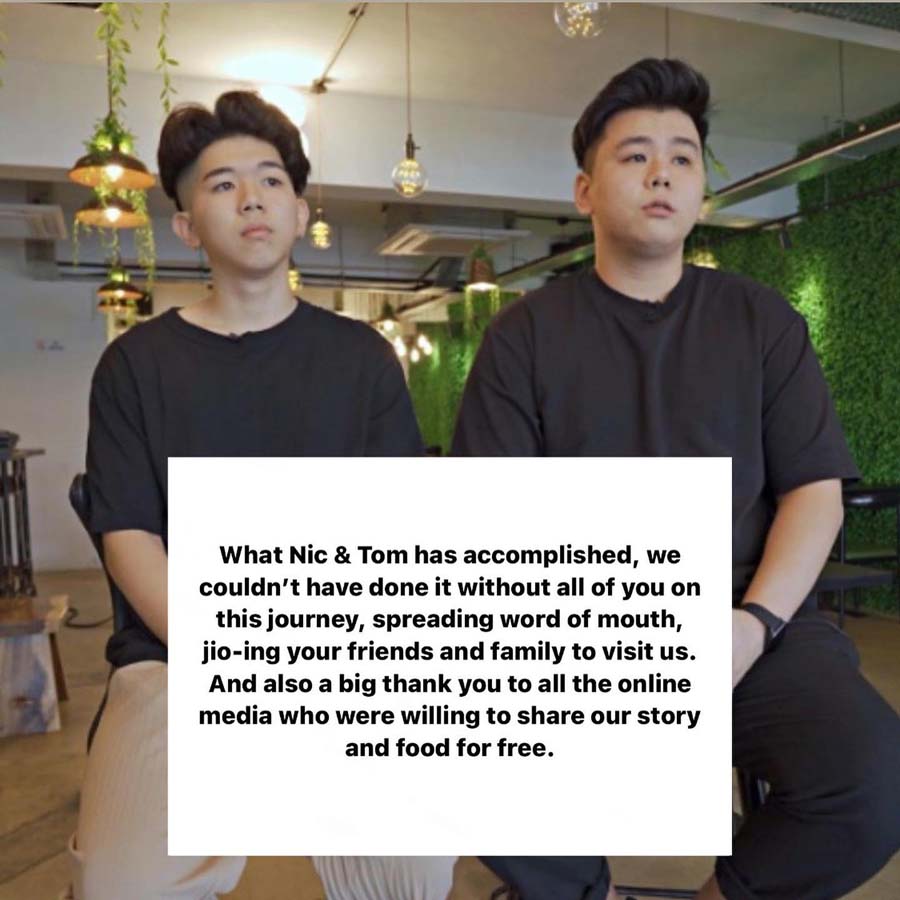 Nic & Tom Eatery will officially be closing in June. While the owners hope they can reopen another branch in the future, there are no official plans yet.

If they do end up relaunching their business, they hope the public will continue to support them. 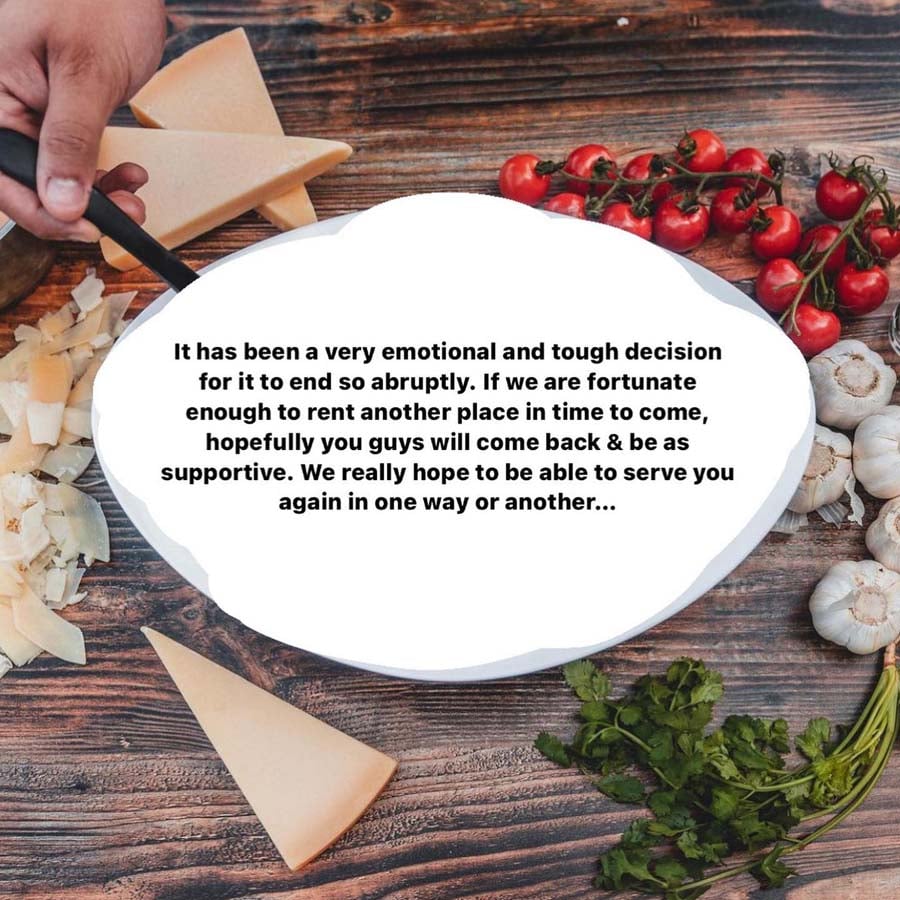 In the meantime, they want to focus on serving their customers for one final month. 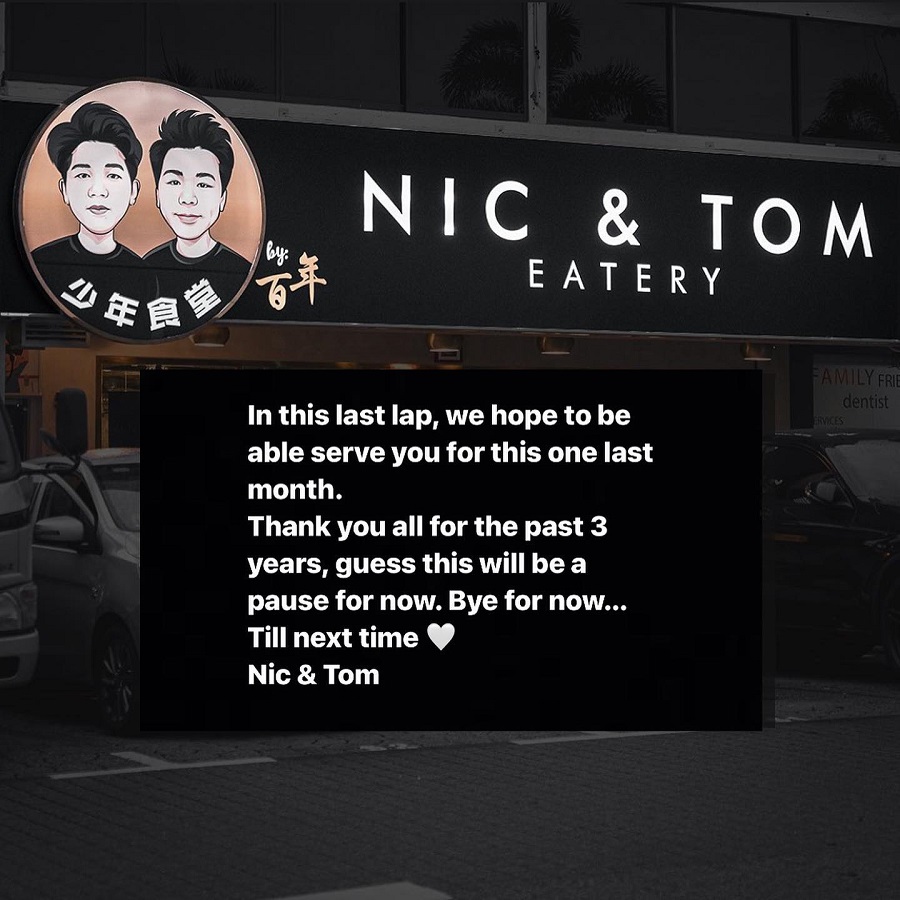 Wishing them all the best

Kudos to the owners who managed to endure the highs and lows of running an eatery, especially amidst a pandemic. That was definitely no mean feat.

While their entrepreneurial journey didn’t have a happy ending (for now), the lessons they learned from setting up their business will surely help them succeed in their future endeavours.

We wish them the best of luck, whatever their upcoming plans may be.