Seeing your child in pain is always a heartbreaking experience. As a mother herself, Ms Giam is not an exception. When her baby had a high fever, she brought him to Mount Elizabeth Hospital in Novena.

Thinking that the facility was an atas hospital, Ms Giam trusted the staff to take care of her son. However, she was left horrified because of the hospital’s alleged negligence.

Thus, she took to Facebook to air her grievances. 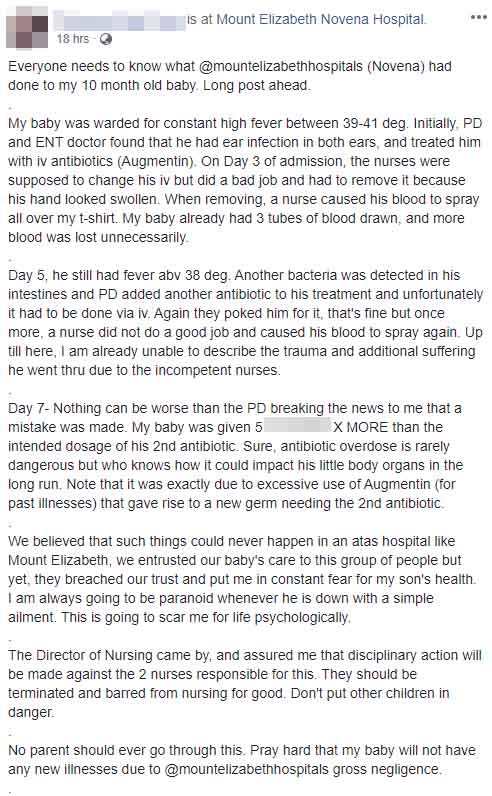 Ms Giam explained that her son had an infection in both of his ears. Thus, he was given antibiotics. On the 3rd day, the nurses had to change his intravenous (IV) needle. However, the nurses allegedly failed to do it well. As a result, they had to remove it because his hand was swollen. 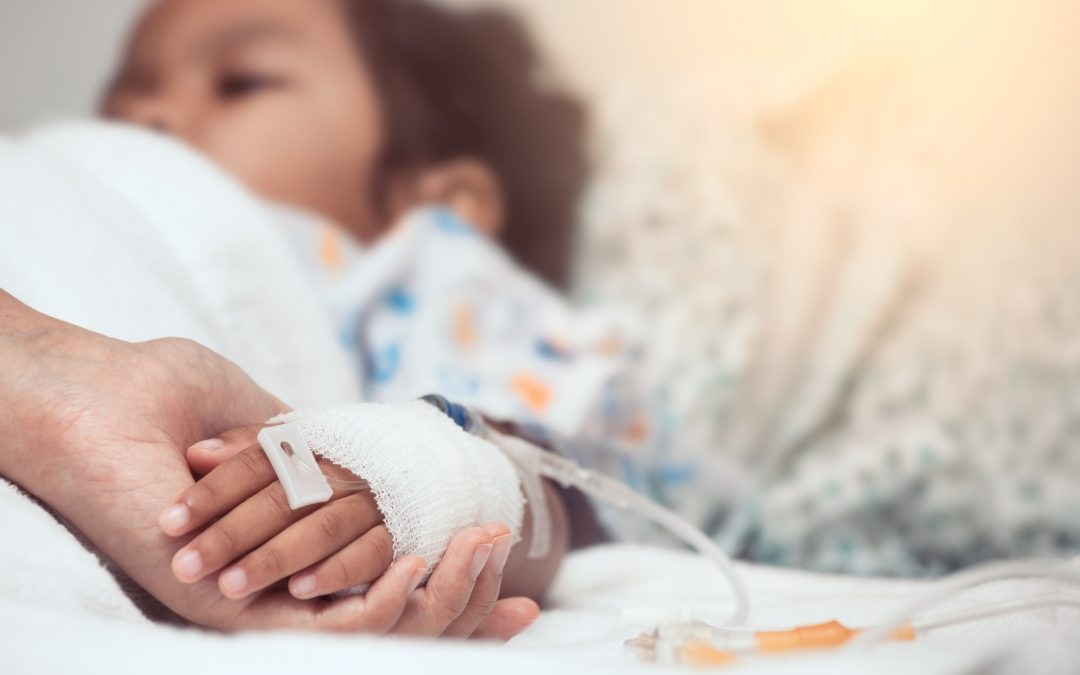 Her baby’s fever persisted till the 5th day as well. Another antibiotic was added to his treatment and also had to be given via the IV. The nurses failed to do it smoothly yet again, according to Ms Giam.

On both occasions, she wrote that the nurses’ incompetence caused her baby’s blood to spray.

Baby given too much antibiotics

To Ms Giam’s horror, the poorly-executed injections were not the worst thing her baby had to go through.

She was later informed of another mistake — the second antibiotic her baby was given was apparently 5 times the intended dosage. She alleged that the hospital only informed her 1 week into her baby’s stay.

This was especially worrying since she did not know how “it could impact his little body organs in the long run”.

These shocking incidences are going to “scar [her] for life psychologically”. As parents of a sick child, Ms Giam and her husband trusted the hospital to treat him. Yet, they were severely let down.

… they breached our trust and put me in constant fear for my son’s health.

Her baby was put through “trauma and additional suffering” because of the nurses’ alleged incompetence.

According to Ms Giam, the Director of Nursing assured her that disciplinary action will be taken against the 2 nurses who are responsible for the issue.

As this is a one-sided account, MS News has reached out to Mount Elizabeth Hospital (Novena) for comment. They have yet to respond.

Ms Giam hopes the nurses will be barred from nursing to avoid putting other children at risk.

No parent should ever go through this

Regardless of what consequences the nurses will face, we hope that the hospital will have stricter protocols to prevent this from happening again, since, as Ms Giam says, “no parent should ever go through this”.

Featured image adapted from Facebook and MyJV. Right image used is for illustration purposes only.