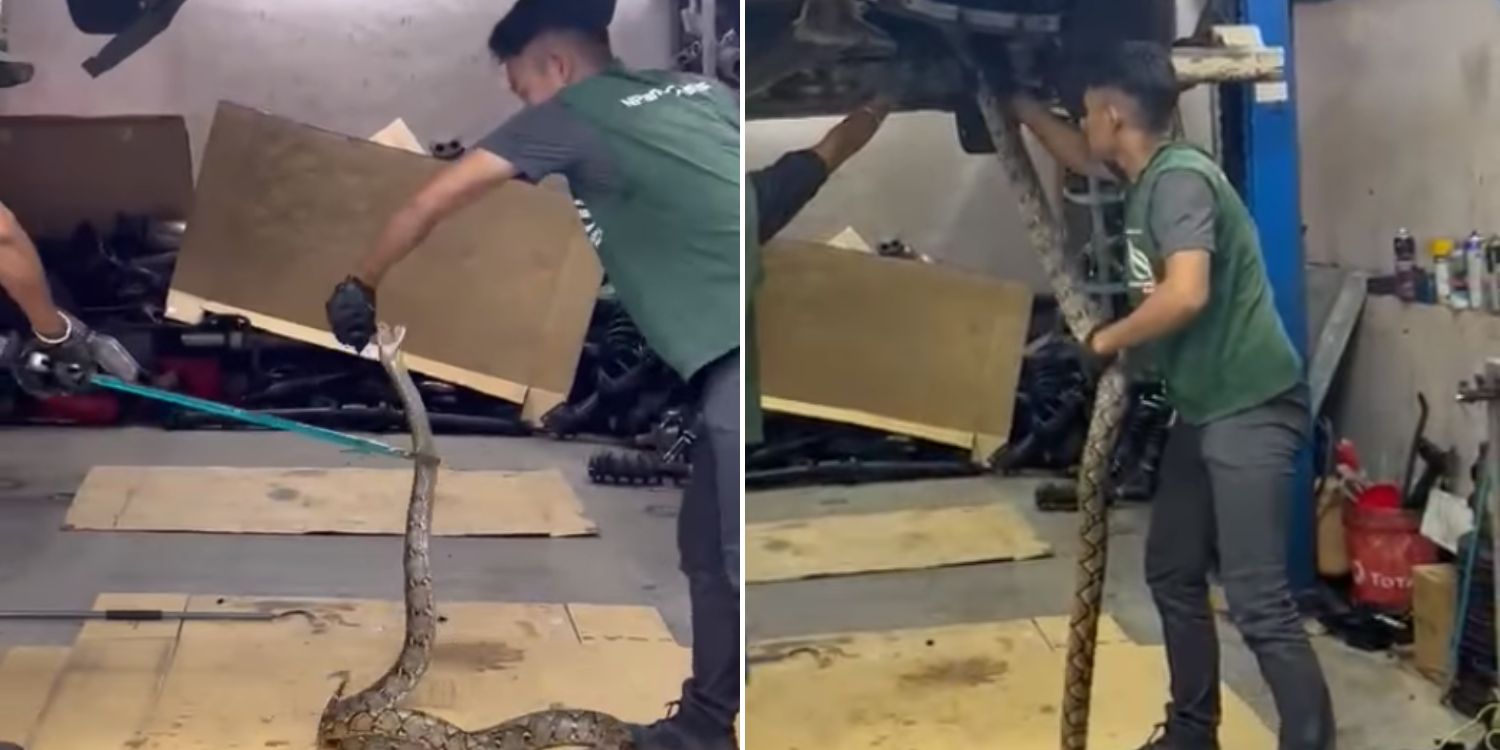 The snake continued holding on to the glove even after the contractor freed his hand.

NParks Contractor Bitten While Retrieving Snake From Car In Workshop

On social media, tons of videos show professional snake handlers skillfully handling the reptiles with ease, almost as if they carry the same level of threat as an earthworm.

However, a video clip circulating online recently served as a reminder of the real dangers they face on the job.

In the clip, an NParks contractor appeared to have been bitten by a snake that he and his partner were trying to retrieve from the undercarriage of a car. 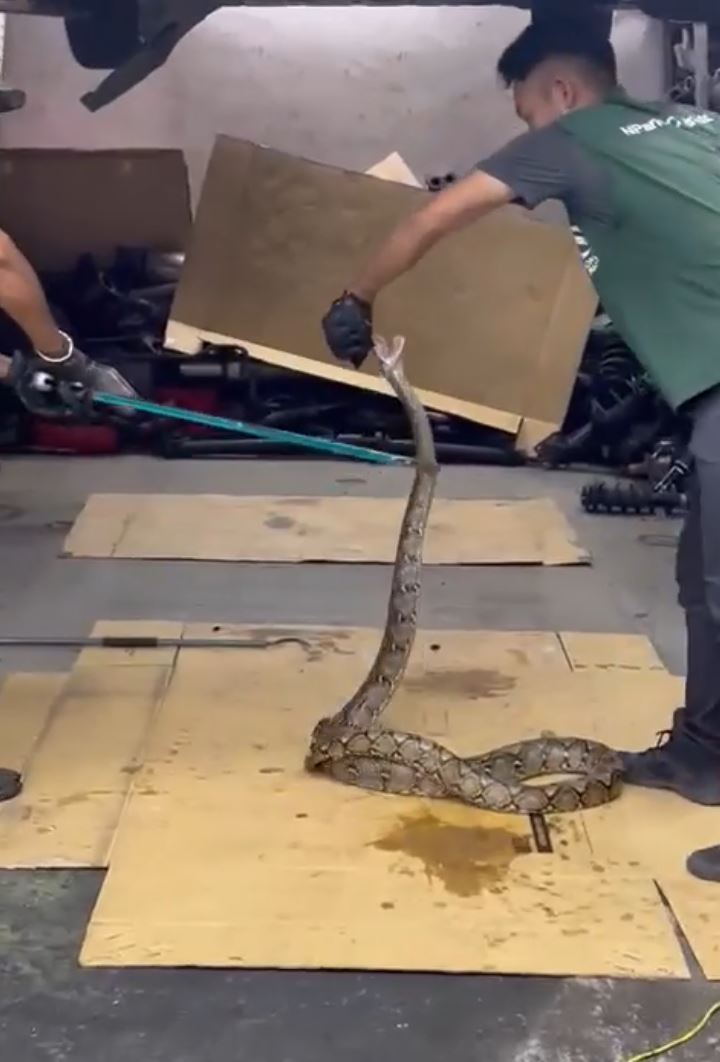 Despite losing his glove in the process, the man remained calm and successfully bagged the snake with the help of his colleague.

NParks contractor bitten while attempting to grab snake by head

At the start of the clip, the two contractors were standing below a jacked-up car, tugging away at a huge snake that seemed stuck in the undercarriage of the vehicle.

Both men were seen wearing vests that appear to have the words “NParks Contractor” printed on the back.

About 30 seconds in, the duo successfully dislodged the snake, which landed on the floor below with an audible thud.

Upon landing on the ground, the snake seemingly tried to slither away. However, one of the contractors swiftly used a tong-like piece of equipment to stop this from happening. 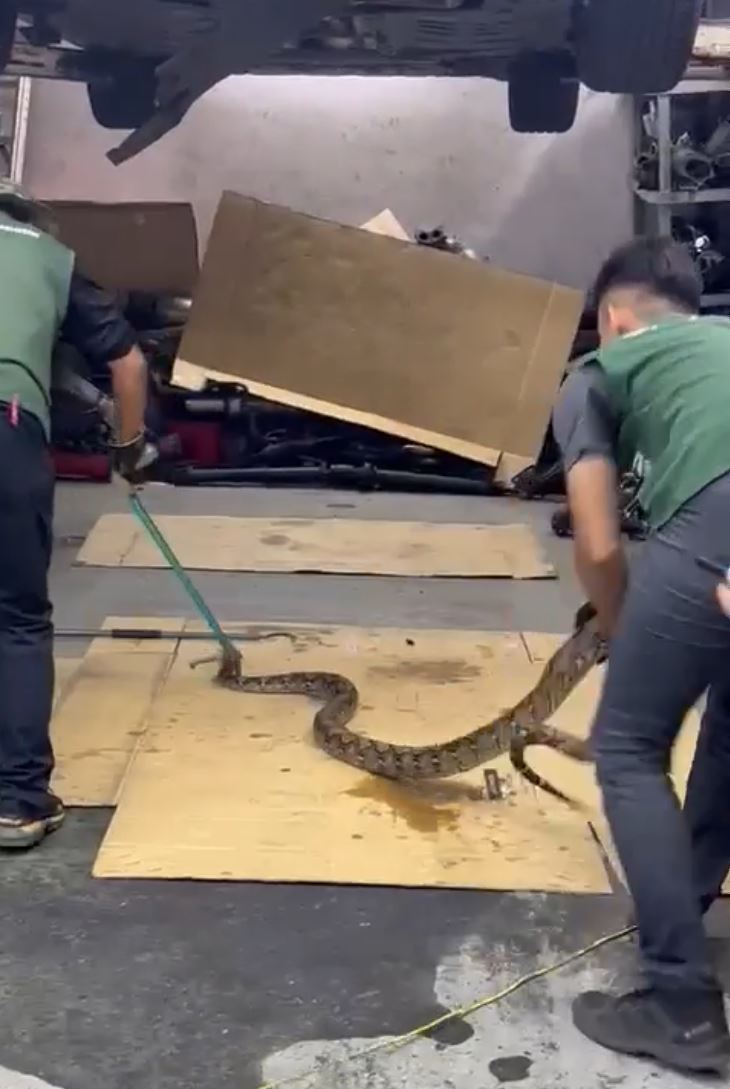 With the snake now seemingly under control, the other contractor stepped closer and used his hand to grab the snake closer to its head.

But as soon as he did that, the snake launched itself upwards, seemingly biting the man’s left hand.

Taking the chance to grab the snake with his other hand, the contractor tried to remove his left hand from the snake’s mouth but to no avail.

Seeing this, his colleague helped to loosen the strap on his glove. 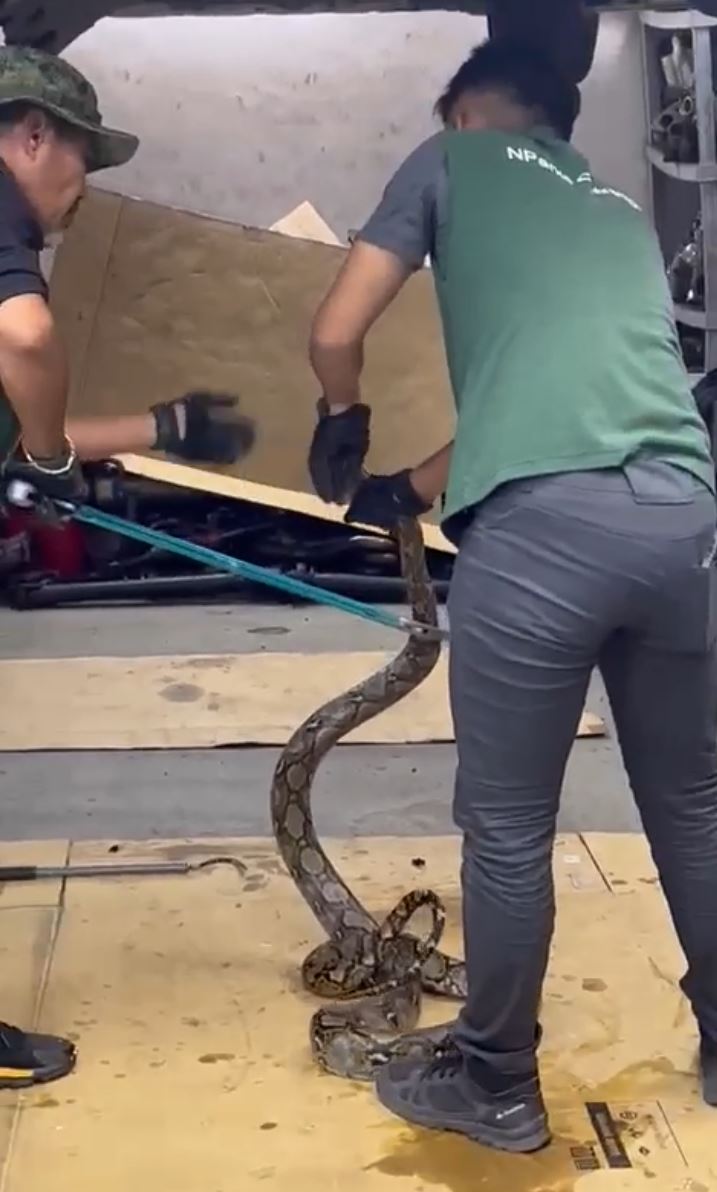 Even though the younger contractor managed to free his hand after removing it from the glove, the snake continued holding on to the hand covering. 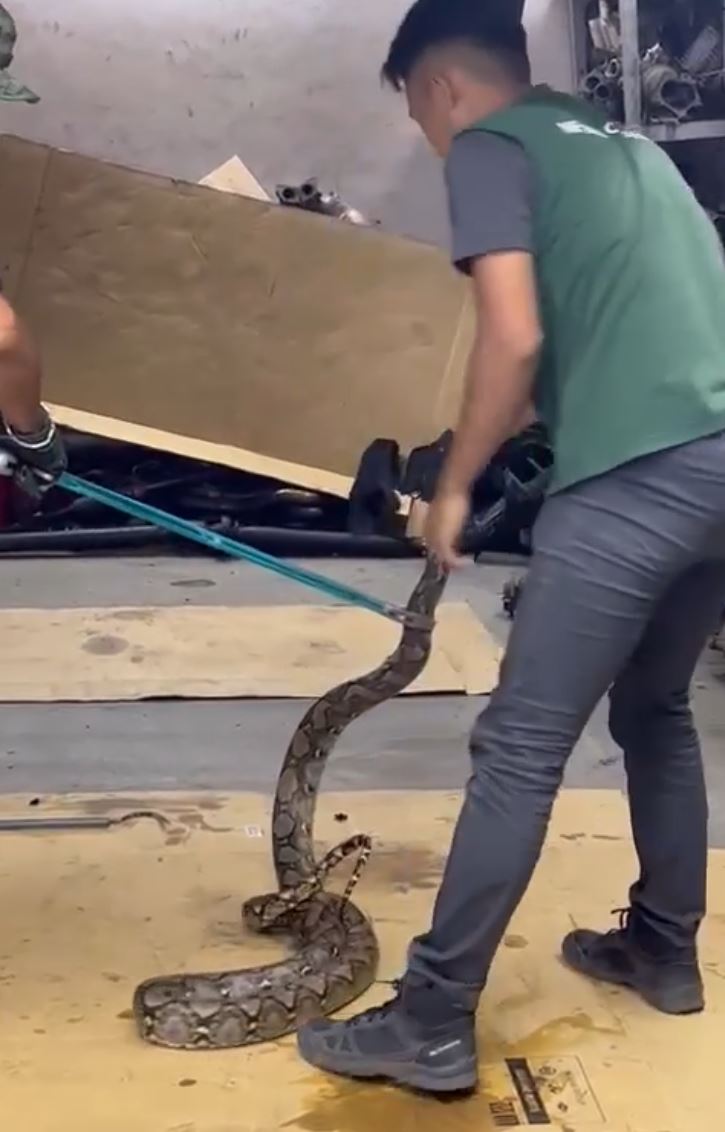 Things went much smoother thereafter and the pair managed to bag the snake without much of a hiccup.

Throughout the entire process, both men were extremely calm, in stark contrast to the gasping reactions of the watching crowd.

MS News has reached out to NParks for a statement on the incident. We will update this article accordingly when they get back.

Given the number of videos online featuring professional snake handlers, it can be easy to feel desensitised about the threat presented by these serpents.

However, this video is a timely reminder of just how dangerous these reptiles are and why they should only be handled by trained individuals.

We hope the bitten contractor did not sustain any serious injuries from this operation.