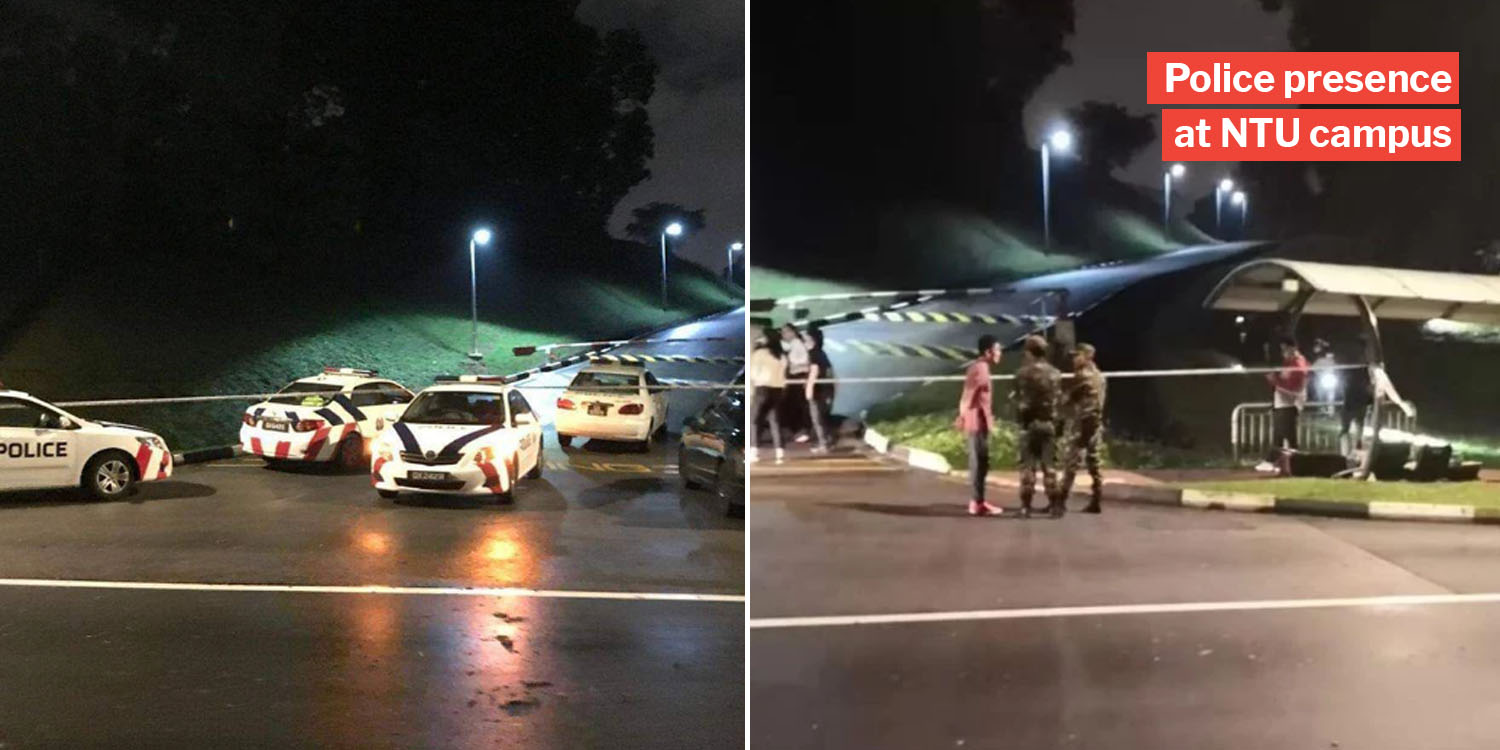 Update (15 Dec, 10.15am): A 19-year-old student is being investigated for “false assault claims”, after police investigations were concluded on 15 Dec, according to The Straits Times.

Update (15 Dec, 9.30am): NTU has confirmed the police case in a Tweet at 8.42am on 15 Dec. They have assured students that there’s no immediate cause for concern with regards to their safety.

An official police statement on the incident will be released later today. More on the story here.

On Saturday (14 Dec) evening, police responded to a report of an alleged assault at Nanyang Technological University (NTU).

Multiple police cars were seen around the area outside the School of Art, Design and Media (ADM), near the residential Hall 16 in NTU’s campus.

This was followed by the NTU Student Union posting an Instagram story at around 1.30am in the early hours of Sunday (15 Dec), warning those on campus to stay safe.

The message reminds everyone in NTU to “remain indoors”. Additionally, it states that “those involved” are assisting the police with investigations.

Hall 16’s Telegram channel forwarded a similar message to residents at around 1.50am on Thursday (15 Dec), urging everyone to stay vigilant.

Screenshot via an MS News reader

Other details unconfirmed, public advised not to speculate on causes

There are several rumours floating around social media and WhatsApp group chats.

We do not advise members of the public to spread these around and to wait for a verified account instead.

It has only been confirmed that NTUSU & Hall 16 were alerted to a report of an alleged assault and that uniformed personnel – whom some netizens have identified as gurkhas – have been deployed to the NTU campus.

Those entering and leaving campus have reportedly been questioned if they’d seen “anything suspicious”, confirms an MS News reader who was driving out of the school.

Other students have been advised to call 999 to report suspicious activity or individuals, according to several verified sources.

However, it’s important to note that no official statements addressing the case have been issued on the school or police’s social media platforms at the time of writing.

Do stay safe & avoid travelling at night if possible

While the nature of the alleged assault hasn’t been confirmed by the authorities, the presence of uniformed personnel could indicate a dangerous threat.

Cases of serious assaults may be rare in Singapore, but still remain a possibility.

MS News will update this post as more details emerge. We’ve also reached out to the authorities to confirm if the assault really did take place.

Meanwhile, we advise those on campus to remain indoors and to call either 999 or campus security at 67905200 for assistance.

Do share this warning with your loved ones, or anyone you know who frequents the area.