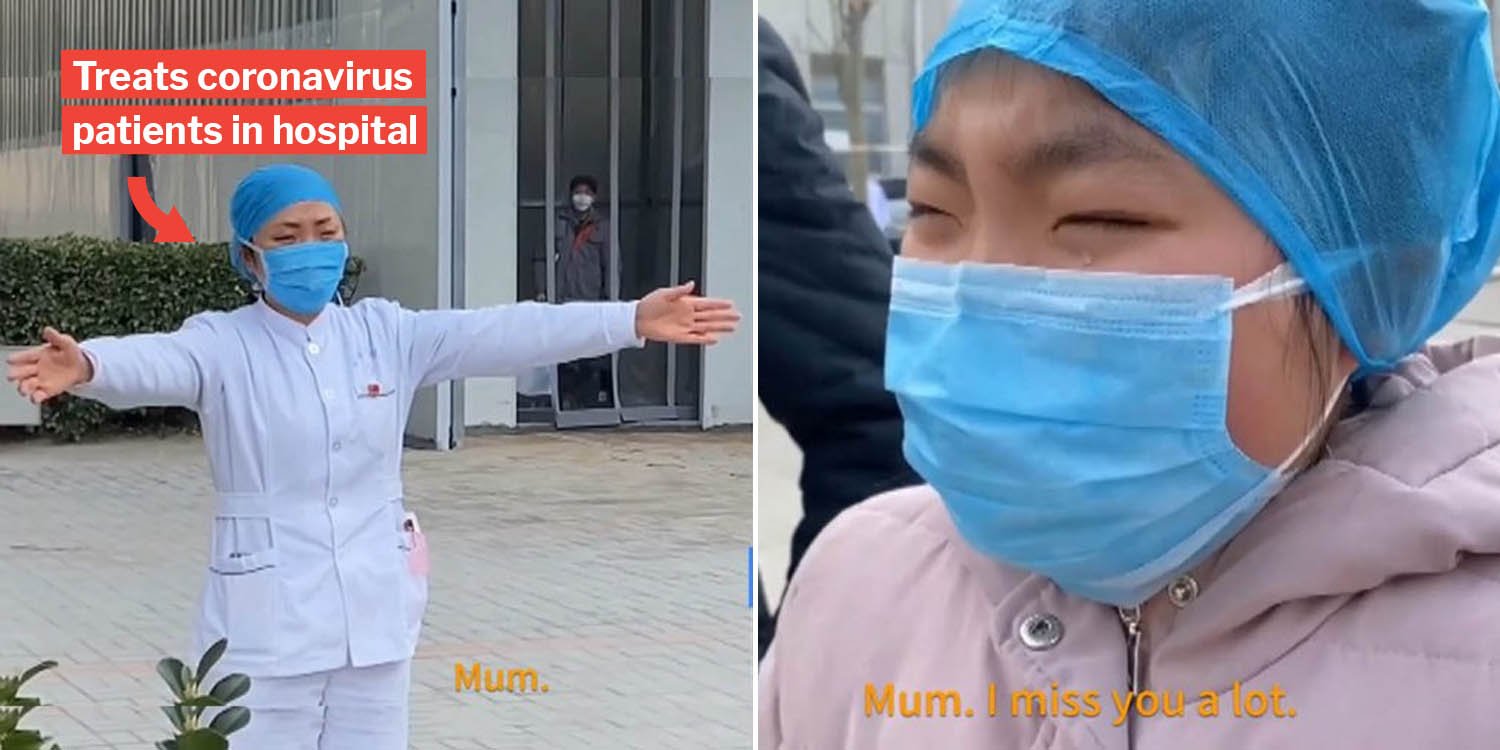 Be prepared to cry.

A mother’s touch has a certain je ne sais quoi — nothing gives a distressed child the same feeling of comfort and safety.

Unfortunately, for this mother who works as a nurse in Henan, China, she couldn’t give her daughter a hug. The reason? She was working at a hospital treating coronavirus patients.

With sadness clearly etched on their faces, they could only resort to an ‘air hug’ — the action of trying to hug from a distance.

Scroll down to watch the bittersweet video by Xinhua News.

A Chinese nurse in a coronavirus-hit hospital in Henan Province gives her sobbing daughter an "air hug." #coronavirus pic.twitter.com/mNZ5SFcPYk

This nurse working at a hospital in Zhoukou, Henan – Hubei’s neighbouring province – got a visit from her family. They brought her homemade dumplings.

Unfortunately, she wasn’t allowed to go anywhere near them, as the hospital she works at was treating coronavirus patients.

When they had a brief reunion on 31 Jan, she had to stand a few metres away from her family the entire time. She couldn’t give them even a quick hug.

Luckily – or tragically – she improvised, and opted for an ‘air hug’ to express her love instead.

The video by Xinhua News opens with the nurse holding out her arms as her daughter calls out to her, “Mum!”.

Since she couldn’t give her daughter an actual hug, she did what she could and gave her an ‘air hug’ instead.

Naturally, her gesture made her daughter even more emotional, making her bawl.

The next part of the video cuts to the nurse’s daughter sobbing bitterly as she tells her mother how much she misses her. 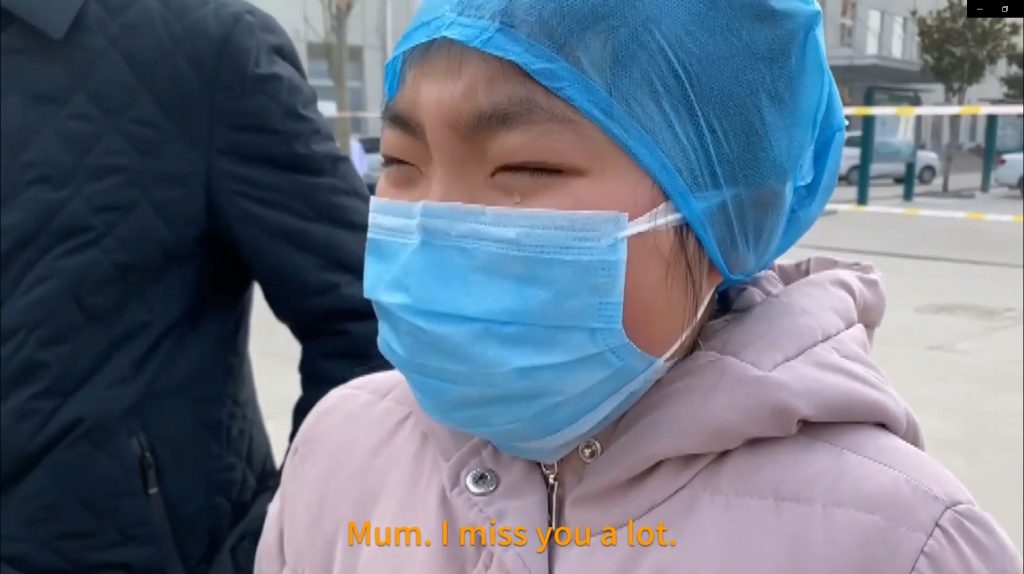 She, too, stretches out her arms in an “air hug”, still clutching the bag of dumplings and shaking as she sobs.

She’ll be back after “fighting monsters”

The nurse referenced one of her fellow medical workers, who told her daughter that she was off to “fight monsters” when she left for Wuhan. 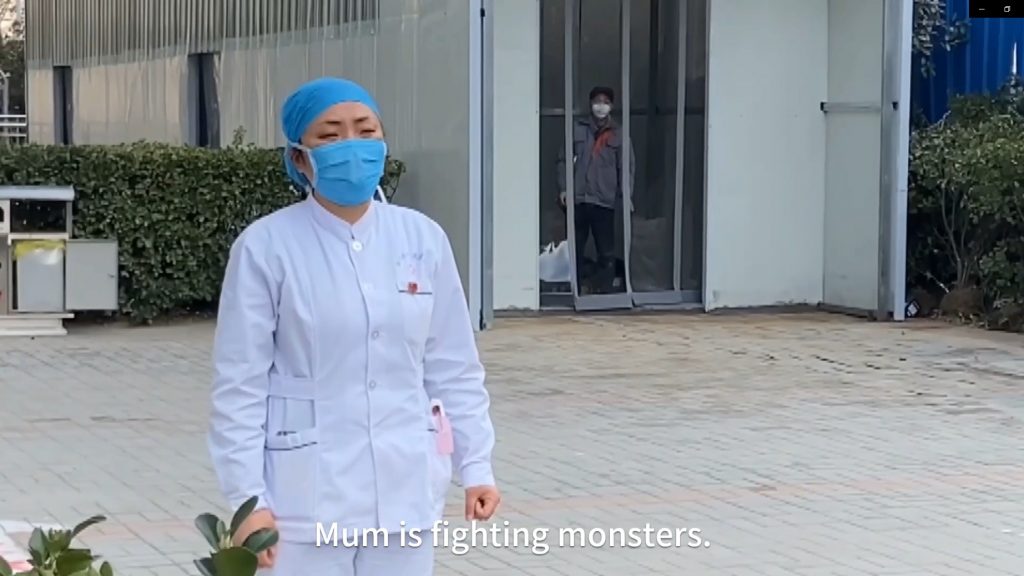 She also told her daughter that she was “fighting monsters”, and that she’d be back by her side soon, once she’d beaten the coronavirus.

Nurse had to collect dumplings from the ground

Due to the contact restrictions, the nurse’s daughter couldn’t even go close enough to pass them to her mother.

Instead, placed them on the floor and took a step back.

Her mother had to wait until she was far away enough to collect the dumplings.

Once she’d collected the dumplings, she had to wave goodbye and go back inside the hospital to avoid infecting anyone. 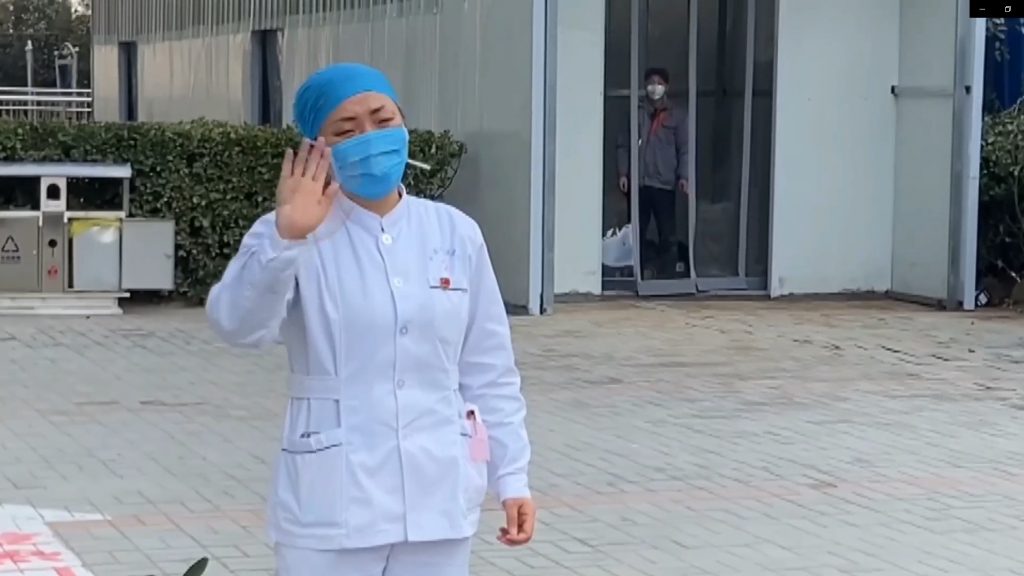 It was obvious that she was holding in tears as she waved goodbye.

Though their meeting was short, it was definitely agonising for both parties.

We seriously admire all medical workers in China doing their best to help patients at the expense of time with their families, and their own wellbeing.

It is incredibly noble of them to sacrifice themselves for others in a time of uncertainty and paranoia like this.

We hope this nurse and her family can be reunited soon, so she won’t have to give them anymore ‘air hugs’.