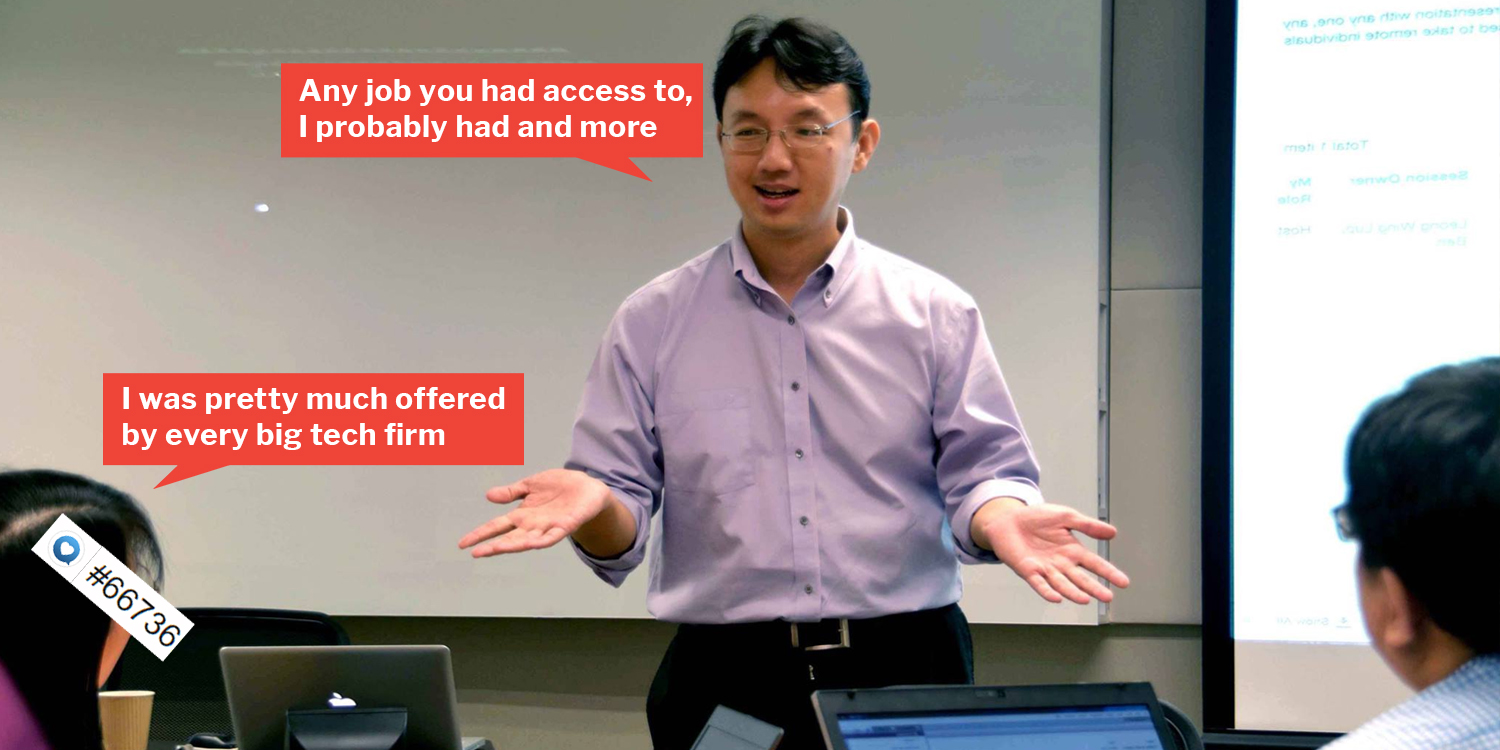 Patrons of the page NUSWhispers will have suffered a fair share of other users ‘flexing’, as the Internet likes to call it.

Beginning his post with “been a silent reader on this page”, one particular user goes on a messianic monologue about how Computer Science (CS) students from NUS need to do better for themselves.

Of course, he said all these not without the customary alpha-male, top-of-the-food-chain flexing. 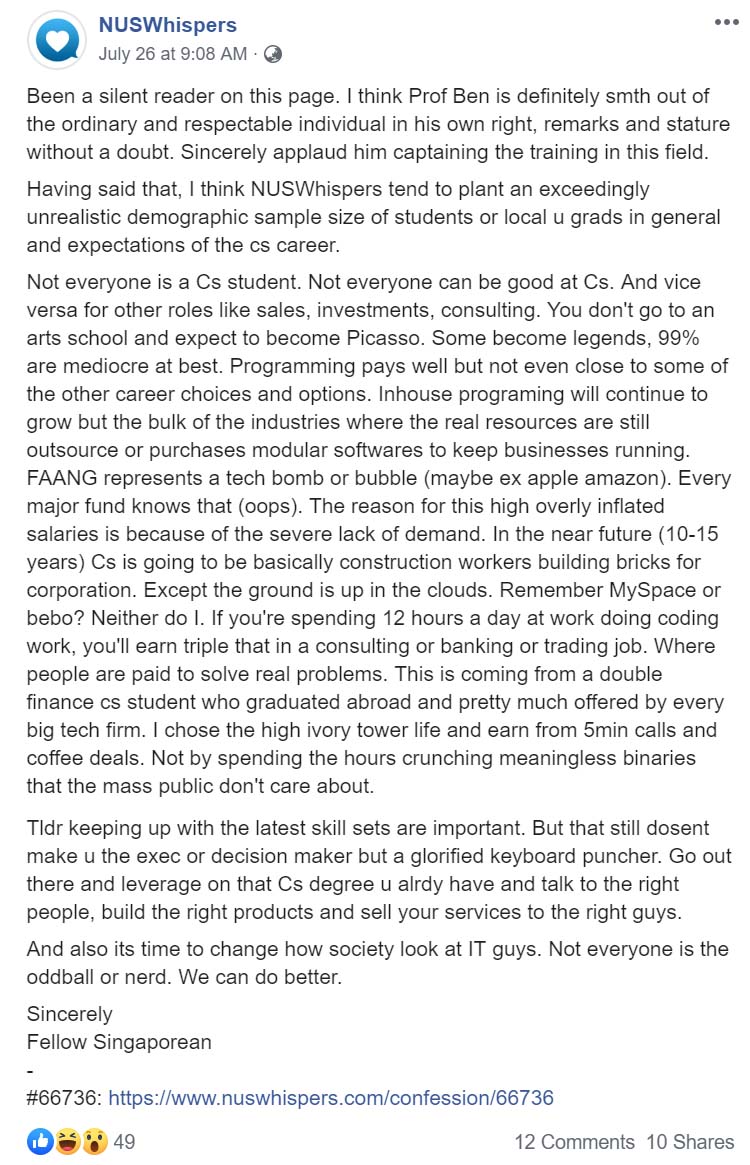 Essentially, the user implores CS students to not “crunch meaningless binaries”, but instead leverage on their skills to find more prestigious, more lucrative work.

He then takes himself as an exemplar,

This is coming from a double finance cs student who graduated abroad and pretty much offered by every big tech firm. I chose the high ivory tower life and earn from 5min calls and coffee deals.

Like Martin Luther King Jr, this NUSWhisper user #66736 rallies the lot with a proclamation of his ambitious dream,

And also its time to change how society look at IT guys. Not everyone is the oddball or nerd. We can do better.

From the diluvian depths of academia and computer codes, Professor Ben Leong emerges to contest the wild talk of this once silent user.

The professor swiftly puts a lid on the user’s palpable arrogance.

But at the same time, he remains humble and admits that there is some truth to the user’s statements.

Point by point, he explains where the user has misunderstood reality. For example, the user claimed that most programming jobs will be outsourced. Prof Ben says this is not true; in fact, it’s quite the opposite.

He also Internet-chuckled at the user’s floccinaucinihilipilification of programming jobs while esteeming consulting and banking ones.

Despite some supposed factual inaccuracies, Prof Ben acknowledges some of the user’s points.

Specifically, he agreed that:

Ending his post, Prof Ben reiterates that the university’s purpose is not to produce more “drones to power the economy”, but to equip students with the skills to pursue what they want.