Must Share News – Independent News For Singaporeans
Home News Latest News oBike Goes Into Liquidation: What It Means For Customers 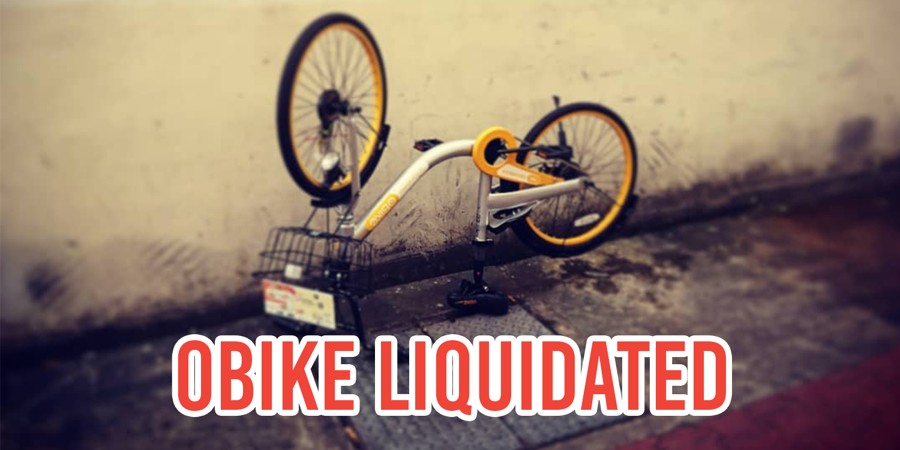 How oBike’s Liquidation Process Affects You

According to the Supreme Court of Singapore, the liquidation of a company refers to the collection and sale of a company’s assets.

The process is carried out in order to pay its debts.

At this point, it’s unclear if oBike’s owes debts to its suppliers, vendors, staff, users or even the authorities.

After all, oBike is among the operators that has paid nearly $200,000 in fines and administrative fees to the Land Transport Authority since.

And TODAY‘s interview with co-founder Edward Chen did little to shed light on the situation.

According to its report, Mr Chen has left matters to oBike’s Singapore office, its legal team as well as the liquidator.

Mr Chen did clarify that there was “an existing plan for the whole process” but he did not elaborate.

What it means for customers

Based on past incidents, it appears that customers do have a course of action when this happens.

In 2016, the travel agency Deal Travel was liquidated.

But no word yet on who oBike’s liquidators in Singapore are.

We’re hoping that LTA follows in STB’s responsible footsteps and provides an advisory to customers soon.

Mr Chen also called on customers not to blame him for the liquidation or oBike’s abrupt exit from Singapore.

These decisions, he said, were made by its board of directors.

This is a company decision and from the board of directors. It’s not my personal decision… I’m not the chairman. I just do the execution.

MustShareNews has reached out to oBike and Mr Chen for comment.

2 SMRT Staff Suspended Due To Errors Causing Disruption, Some Stations Will See Early Closure In Nov

No TraceTogether Distribution Till 29 Oct, Collection Will Reopen 1 Constituency At A Time