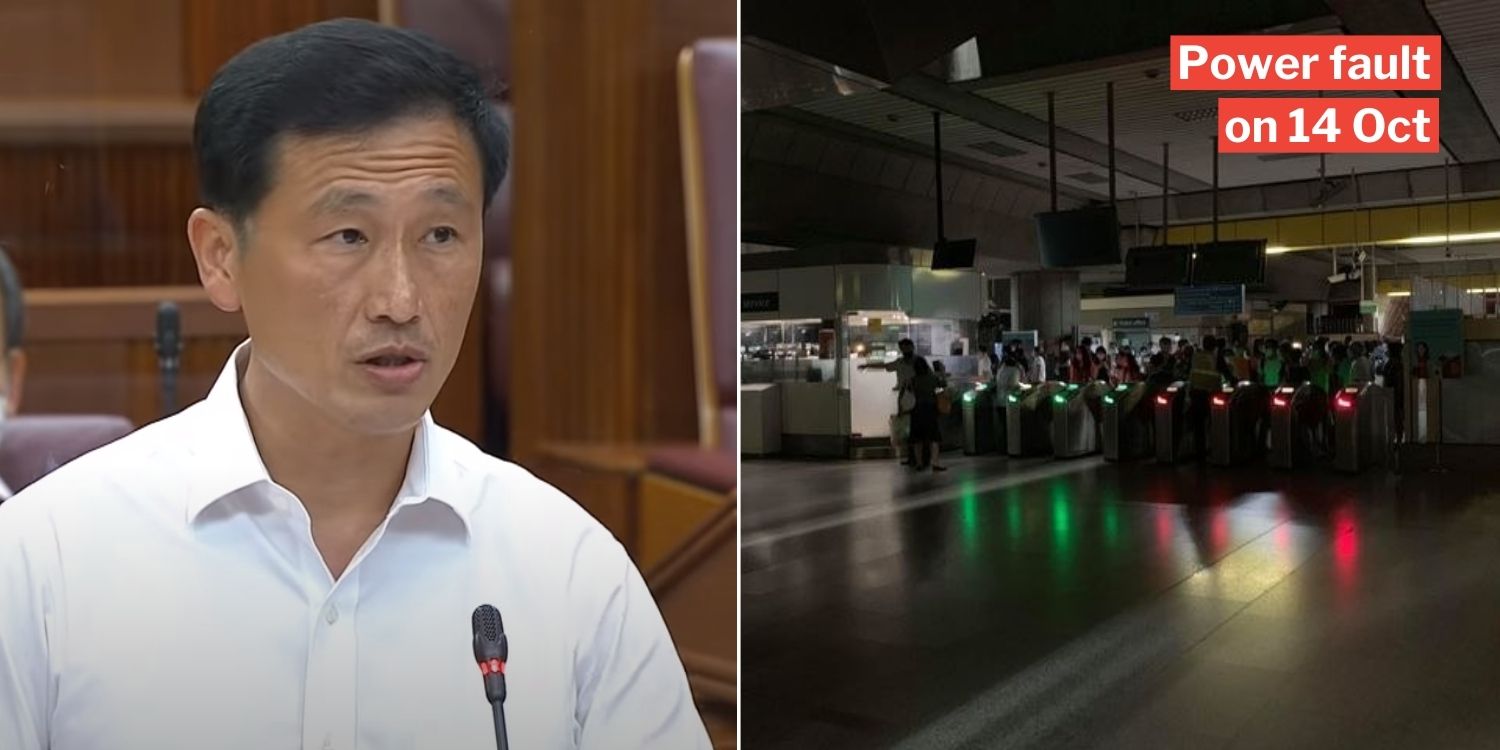 A rough evening for everyone indeed.

The journey home for many MRT commuters on the evening of Wednesday (14 Oct) was an eventful one, after a power trip disrupted services at several stations.

While residents across the island grew worried as scenes of confusion surfaced, Transport Minister Ong Ye Kung stepped forward to allay their frustrations. 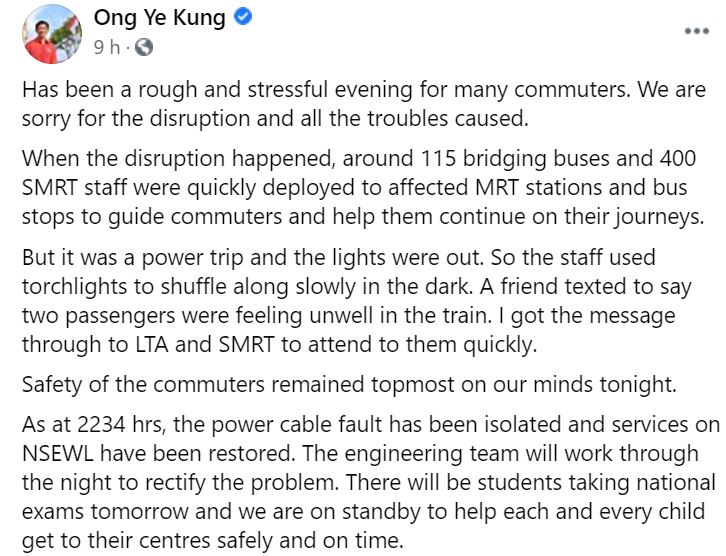 In a Facebook post shortly after operations resumed, he penned a heartfelt apology to all who were affected. 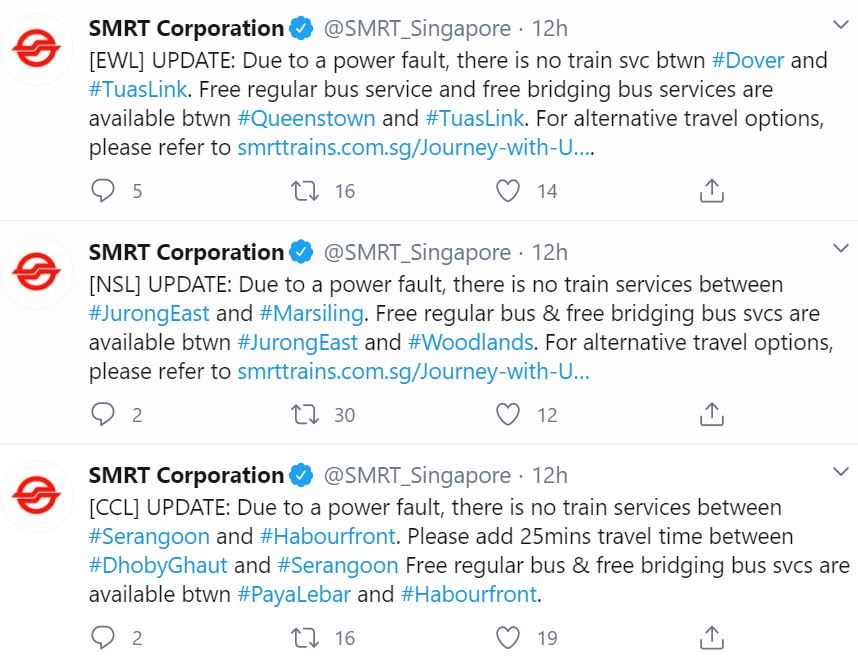 Services across several stations and along several MRT lines had suddenly come to a halt, due to an extensive power fault. 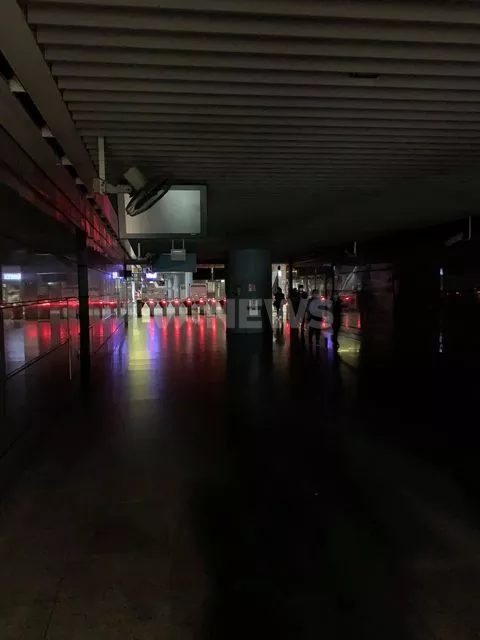 For several hours into the night, stations between the following points encountered a total power shutdown:

In some locations, staff had to escort commuters aboard the trains to safety, as they navigated the dark tracks with their phones lighting the way.

Acknowledging the tense situation, Mr Ong Ye Kung promptly apologised to everyone, once his team had everything under control.

Has been a rough and stressful evening for many commuters. We are sorry for the disruption and all the troubles caused.

He praised the 400 SMRT staff who rushed to the various locations to help commuters find their way home, and the 115 drivers who ferried passengers in bridging buses. 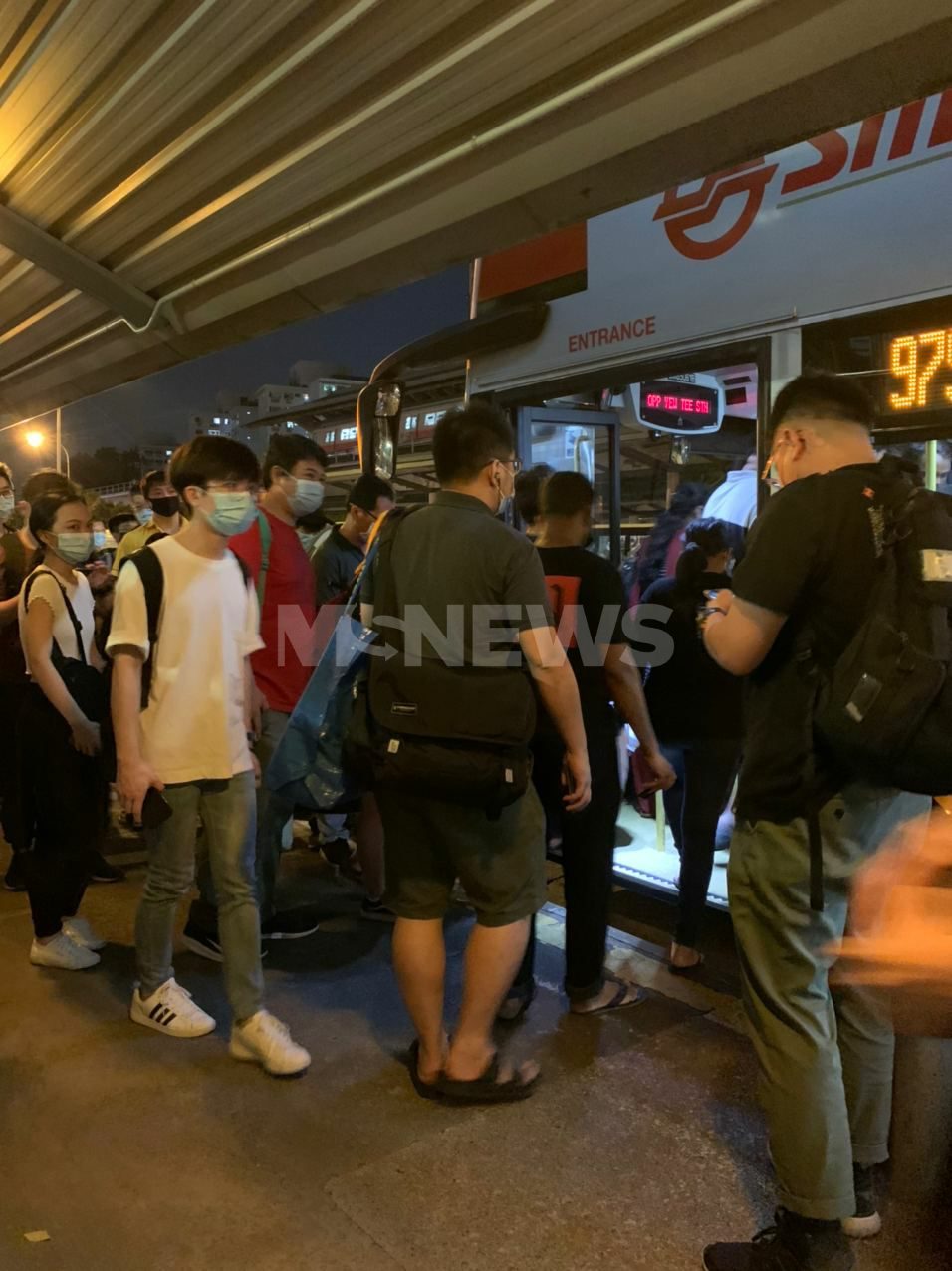 All hands were on deck to defuse the situation, with even Mr Ong himself doing his part.

He shared how he alerted SMRT and LTA immediately, when “a friend” informed him that 2 passengers were feeling unwell in a train.

As a result, staff were able to attend to the passengers promptly.

Staff worked through the night to fix problem

Though power was restored by 10.34pm, Mr Ong added that an engineering team had worked through the night to rectify what caused the fault in the first place.

Staff are also on standby this morning (15 Oct), to ensure that students taking their national exams can reach their centres safely and punctually.

Thankfully, SMRT has not posted any issues so far.

Singapore’s MRT services are no stranger to disruptions, as we’ve encountered a fair bit every now and again.

Fortunately, we have an efficient team of employees to be thankful for, as they go the extra mile to ensure commuters’ safety.

Hopefully, as time passes and systems improve, we’ll see fewer of such problems surfacing again, so we can all enjoy uninterrupted rides.