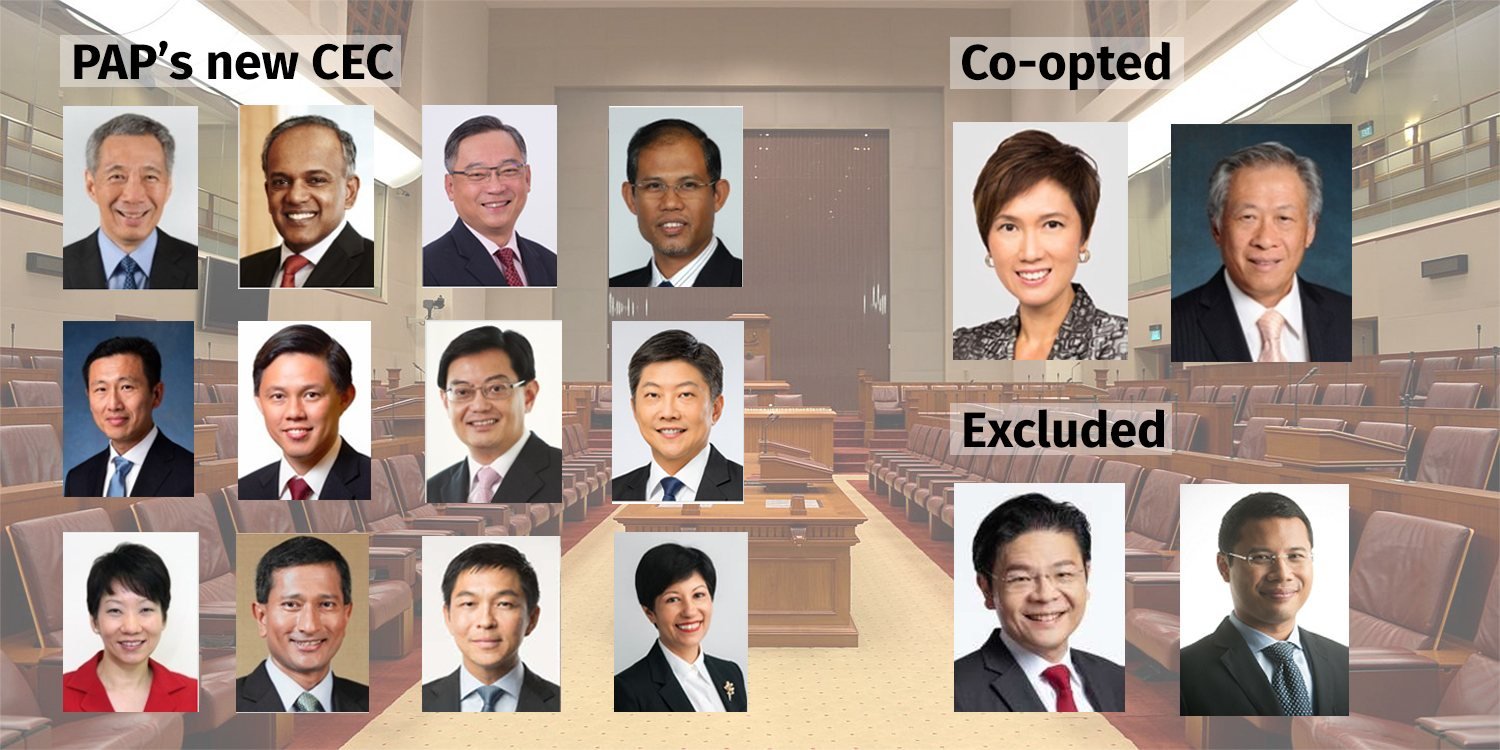 Mainstream media outlets are touting ruling party PAP’s “next phase of political renewal”, based on a key election held on Sunday (11 Nov) for the Central Executive Committee (CEC). And they may be on the right track.

The upcoming General Election (GE) may actually happen sooner than we expect, based on hints dropped by Prime Minister Lee Hsien Loong himself.

With the Prime Minister race reportedly narrowed down to just 3 ministers, the clock is ticking for 4G leaders to form a promising new slate of ministerial candidates before the next GE hits.

Here’s what we’ve gathered from the CEC line-up.

In no particular order, here’s the new CEC as of 11 Nov.

Out with the old

Dr Yaacob Ibrahim and Mr Lim Swee Say — both of whom retired during the last cabinet reshuffle.

All 5 outgoing veteran members were given a shoutout in Mandarin by PM Lee who thanked them for playing “vital roles in the last few CECs” and helping PAP stay “relevant and relatable” to Singaporeans.

In with the new

The new CEC members were the top 12 candidates who garnered the most votes from 2,000 of their peers during the election held at the Singapore Expo.

Defence Minister Ng Eng Hen and Minister for Manpower Josephine Teo assumed their committee positions after being co-opted. They were invited to join the committee after barely missing the 12th cut-off point, and coming in ranked 13th and 14th.

Like the rest of the members in the committee, their exact positions weren’t released.

Ministers in the PMO Mr Ng Chee Meng and Ms Indranee are the fresh faces on this year’s committee. We also take a look at the co-opted members Dr Ng Eng Hen and Ms Josephine Teo in greater detail.

Off the back of a recent promotion in April’s cabinet reshuffle, 55-year-old Ms Indranee is 1 of 3 women who are in key leadership positions in the government.

She’s also second minister for Finance and Education, evidently entrusted with a varied portfolio involving major stakes in the future of our nation. She’s previously worked with Mr Heng Swee Keat on formulating the National Budget and addressing tax hike questions during debates.

Mr Ng Chee Meng, who previously served as Singapore’s Chief of Defence Force, received a promotion from serving as Second Minister for Education to joining the PMO this April. And has been appointed the Deputy Secretary-General of NTUC this April.

His portfolio includes pushing for “applied learning” in MOE and pushing for technological innovations to benefit Changi Airport travellers as part of a Ministry of Transport initiative.

Minister Ng Eng Hen has had a tumultuous year with the press regarding several incidents — from Ben Davis’ NS deferment, ragging incidents in the SCDF, and the deadly Bionix-Land Rover collision.

He has served in the Manpower and Education ministries before taking on his current position as Minister for Defence since 2011.

What does being in the CEC mean?

Mdm Halimah Yacob was part of the previous CEC before ascending to her current position as President of Singapore. Mr Tan Chuan-Jin was also co-opted to join the committee, before taking on the position of Speaker of Parliament after winning the election.

Safe to say, from prior experience, CEC members usually go on to take on main roles in governance, while filling key positions within the party.

What do you think of the new 4G-leader heavy line-up? Are there PAP candidates that you think should have made the cut? 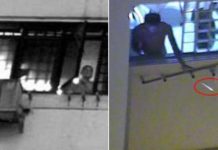