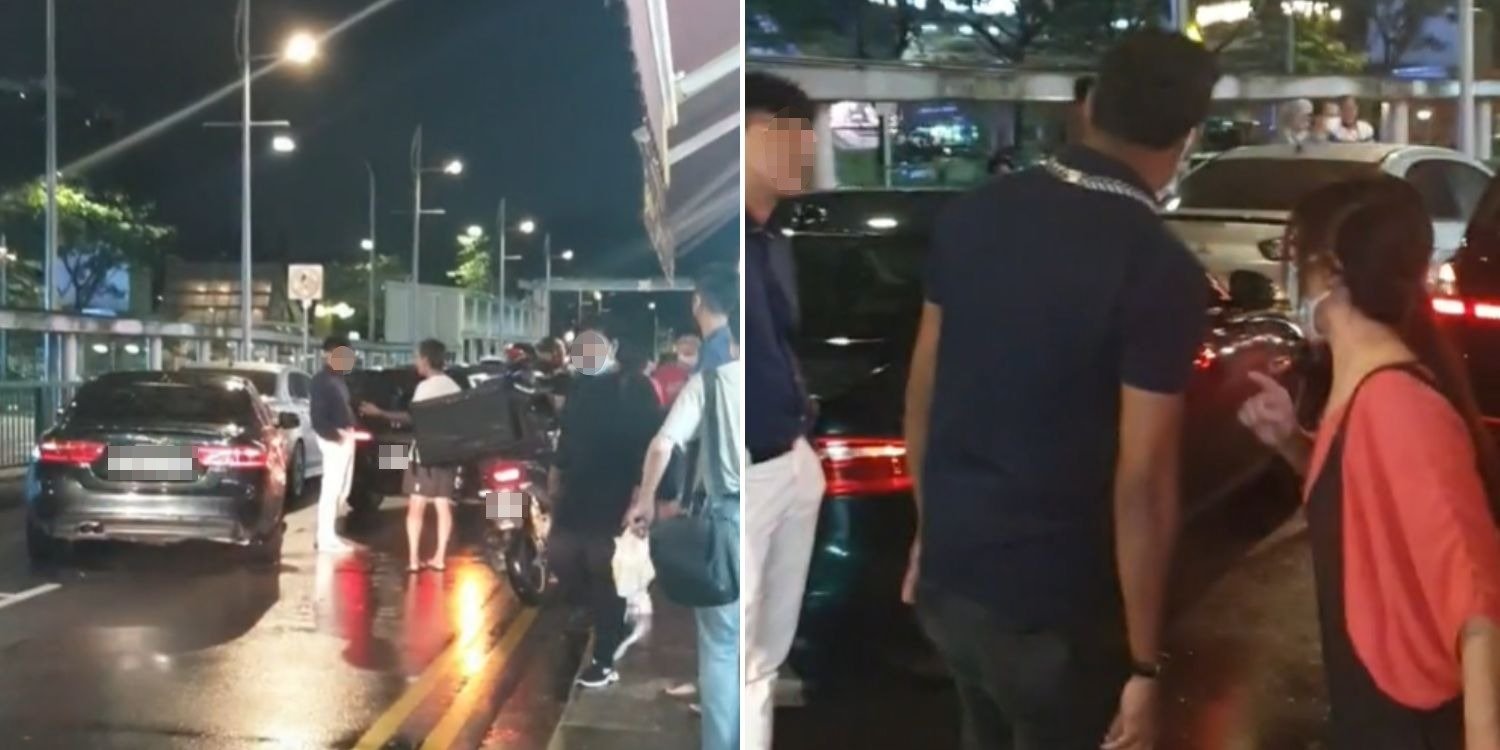 UPDATE (31 Jul): The Jaguar driver has shared his side of the story. Full article here.

There is an unspoken rule among drivers in Singapore that if someone has been waiting for a parking lot, you will let them have it even if you’re in a favourable position.

Although most drivers abide by this, not everyone may play by the rules.

On Friday (29 Jul) night, videos of an alleged parking dispute were uploaded on TikTok, involving a Jaguar and a Honda.

According to the OP, the driver of the black Jaguar had stolen the parking lot from the Honda driver and refused to budge. Both cars ended up stopping midway along the narrow, one-way road, blocking the usually busy path in Bukit Timah.

Police were later called in to settle the dispute as both parties told their side of the story to an officer.

2 cars hold up traffic over parking lot in Bukit Timah

Although not much is known about how the alleged dispute started, the Jaguar’s bumper jutting out of a parking lot along Cheong Chin Nam road and a man standing by its side provide a rough idea of the story.

While the man looked relatively calm, a woman on the other side of the road appeared upset. The whole time, a black Honda Odyssey sat parked in the middle of the street between them.

In another video, a motorist can be heard telling the woman that she was holding up over 20 cars during this whole debacle, as the man in white pants stood with one hand in his pocket.

During this time, motorcyclists were squeezing through to get past the altercation.

At one point, a motorcyclist abruptly stopped in front of the man in white pants, who coolly shook it off.

Afterwards, a man with a Singapore Police Force (SPF) lanyard walked up to the woman, seemingly to hear her side of the story.

After some aggressive pointing, he then listened to the other driver’s story.

The video caption claiming that the Honda driver “won” the argument implied that the woman got the upper hand.

Police arrive at the scene

In a final short video, uniformed police officers were seen walking in the direction of the dispute.

The camera then panned to the altercation, with the Jaguar finally reversing out of the parking lot.

While we’re unsure if the pair or the authorities pursued the matter further, it can be concluded that the Honda driver eventually secured the precious lot.

Though there are no laws pertaining to ownership of public parking space, it’s basic courtesy to give way to others who have indicated their intention to park.

In this case, while we’re unsure if either driver had done so, we hope that both of them are able to settle the dispute amicably.

What would you do if you found yourself in such a situation? Let us know in the comments.