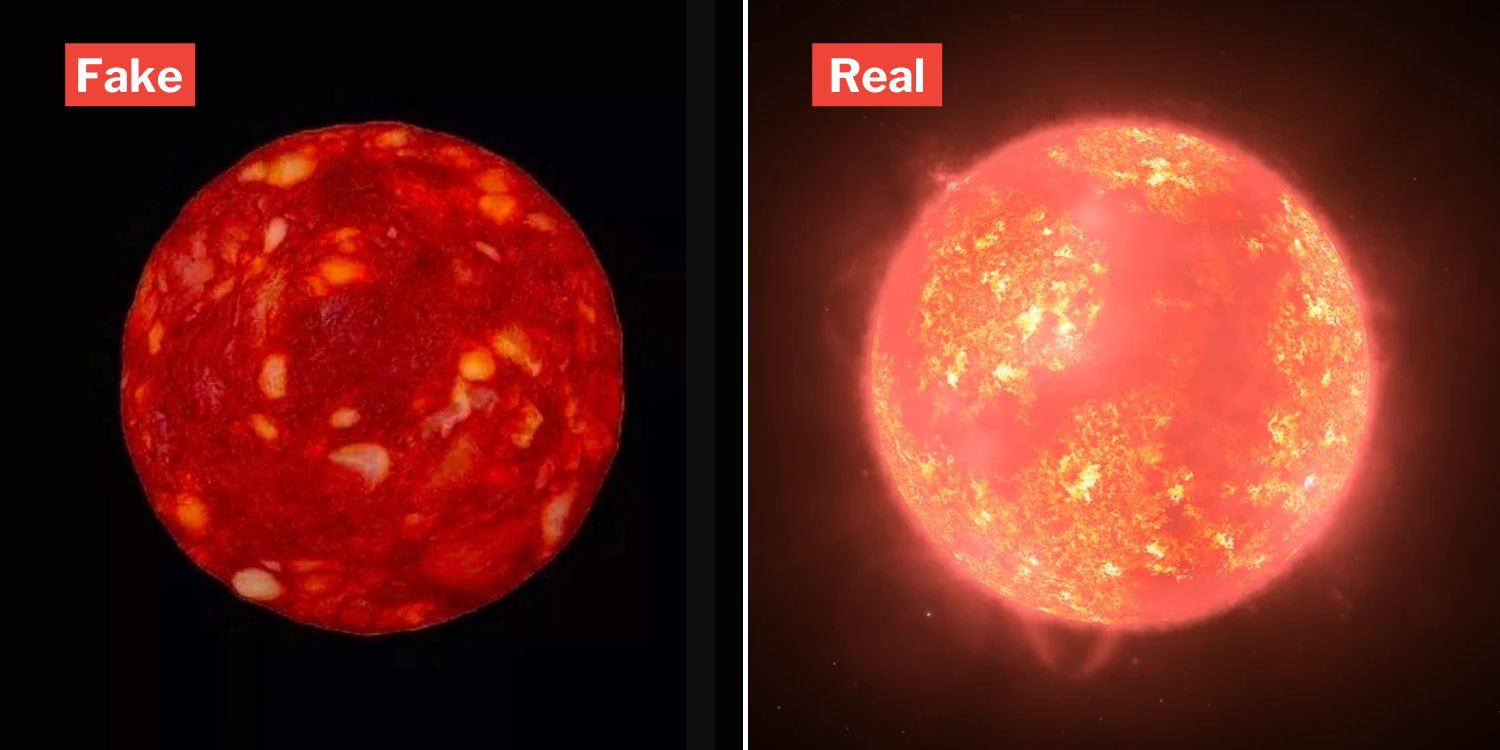 The sausage became the star of the show.

The wonders of the galaxy can amaze anyone. But for most of us who may not be experts, it doesn’t hurt to take a closer look at images of the stars and planets before expressing awe.

French physicist Etienne Klein uploaded a photo of the Proxima Centauri – the closest star to the sun – on Sunday (31 Jul). Days later, he revealed it was actually a slice of chorizo or pork sausage. 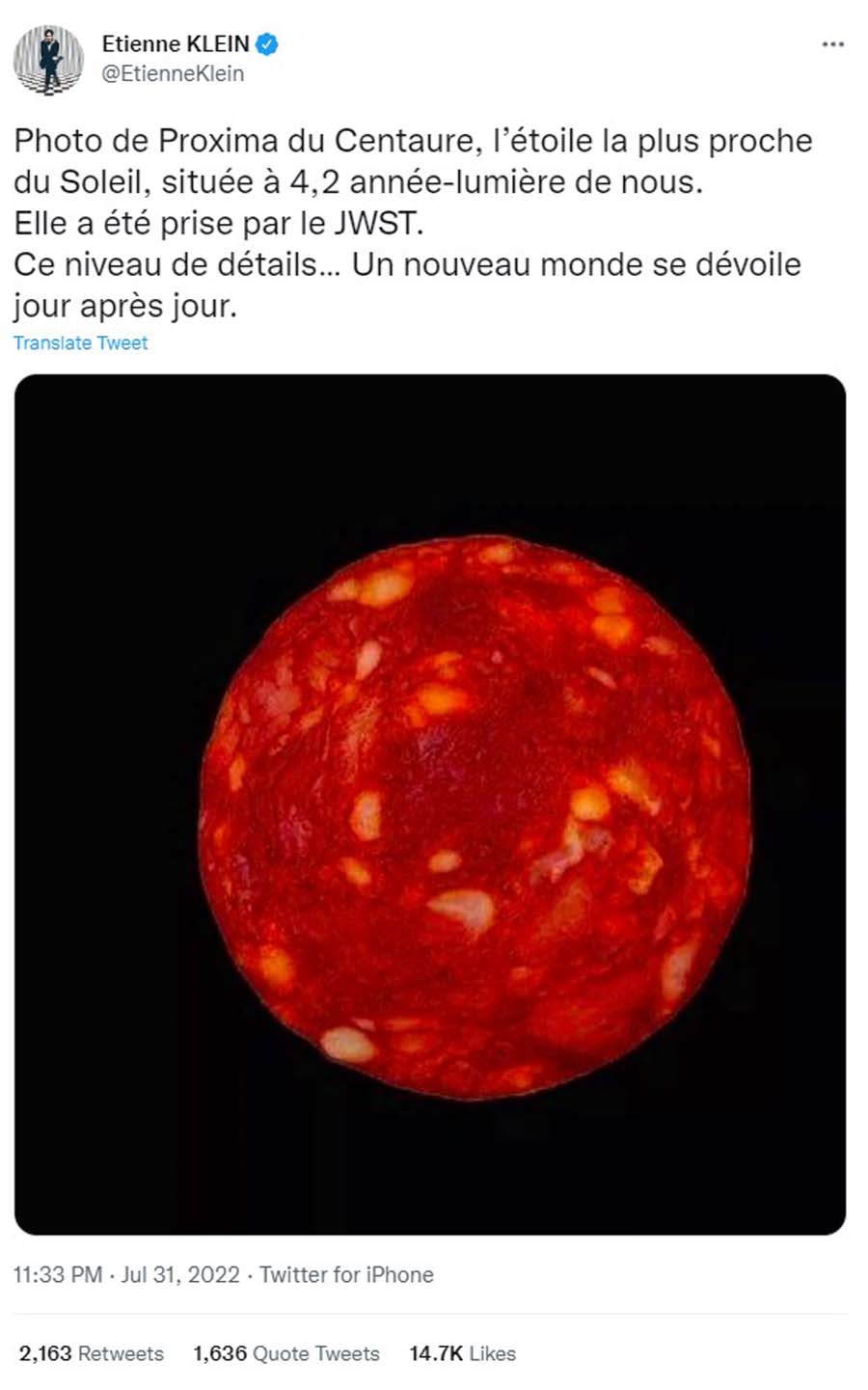 His revelation sparked humorous reactions from fellow Twitter users who chimed in with their own takes on the blooper.

According to his Twitter profile, Mr Klein works as a research director at France’s Alternative Energies and Atomic Energy Commission.

From time to time, he shares visuals of the otherworldly sights he sees. On 31 Jul, Mr Klein posted an image of what he claimed to be the distant star Proxima Centauri. 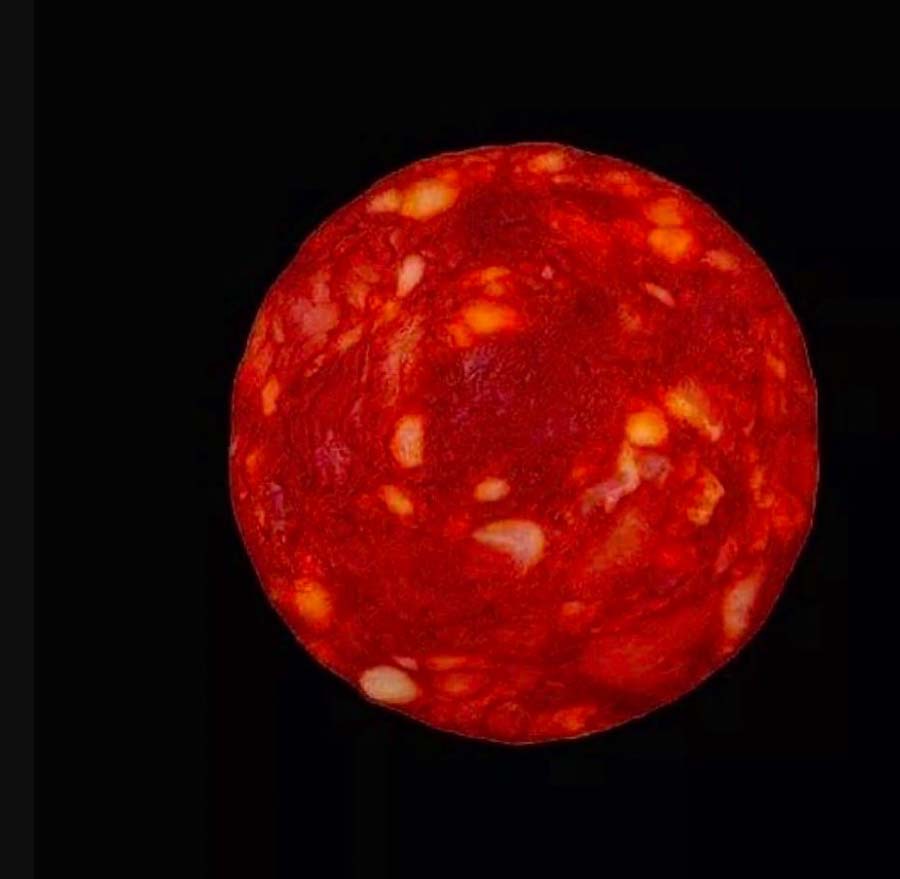 Allegedly photographed using the James Webb Space Telescope, he stated that it’s 4.2 light years away and is the closest star to the Sun. He commended the level of detail – and you’d probably think the same too – if it was the real thing.

Distant star turns out to be chorizo slice

Some eagle-eyed netizens quickly noticed the photo was not an actual star. Rather, it was a slice of chorizo or pork sausage that is smoked and cured. 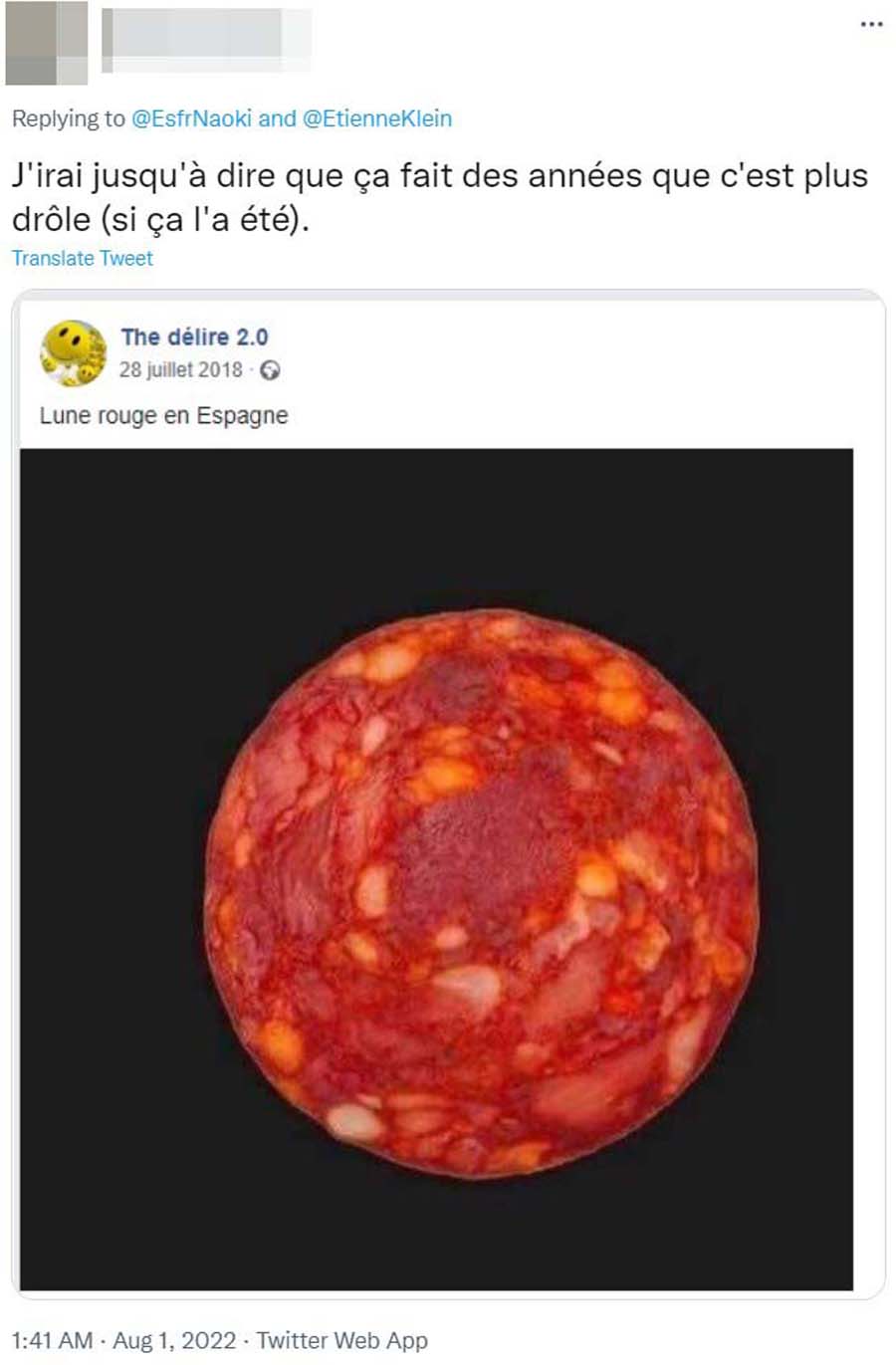 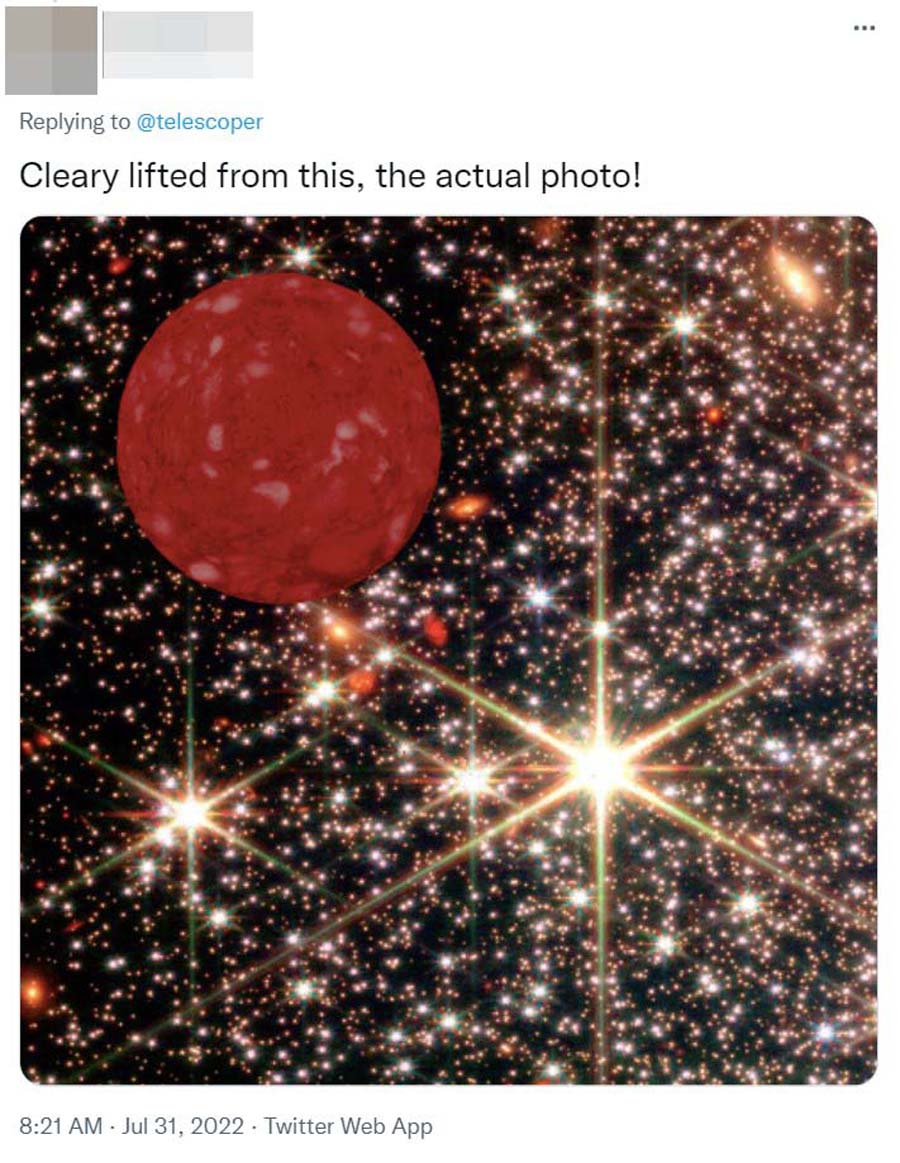 Physicist reveals it was a trick

On Monday (1 Aug), Mr Klein admitted that the ‘distant star’ was actually a slice of chorizo. He apologised to followers who fell for the joke and explained that he simply wanted others to be cautious of images “that seem eloquent on their own”.

According to a rough translation, he also jokingly wrote that “Spanish charcuterie” or cured meats only exist on Earth and nowhere else in space. 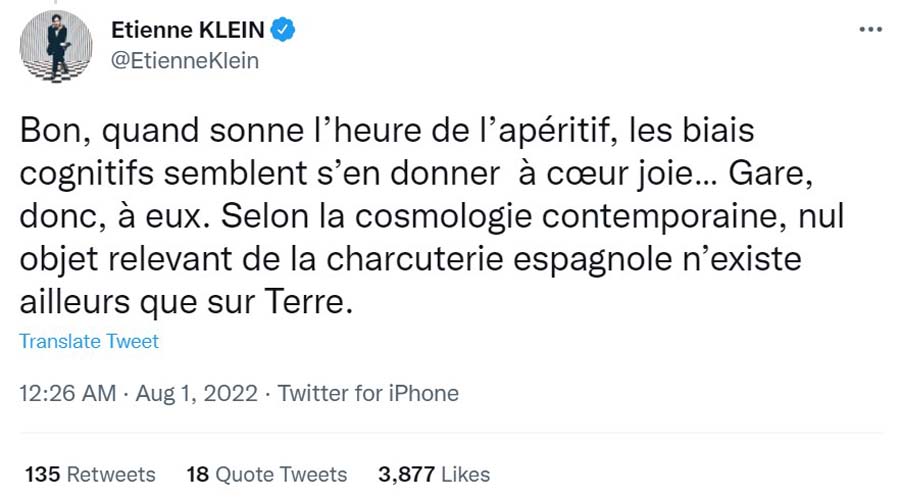 He later shared a photo of the Chariot Wheel Galaxy, which thankfully appears nothing like a close-up photo of any sausage. 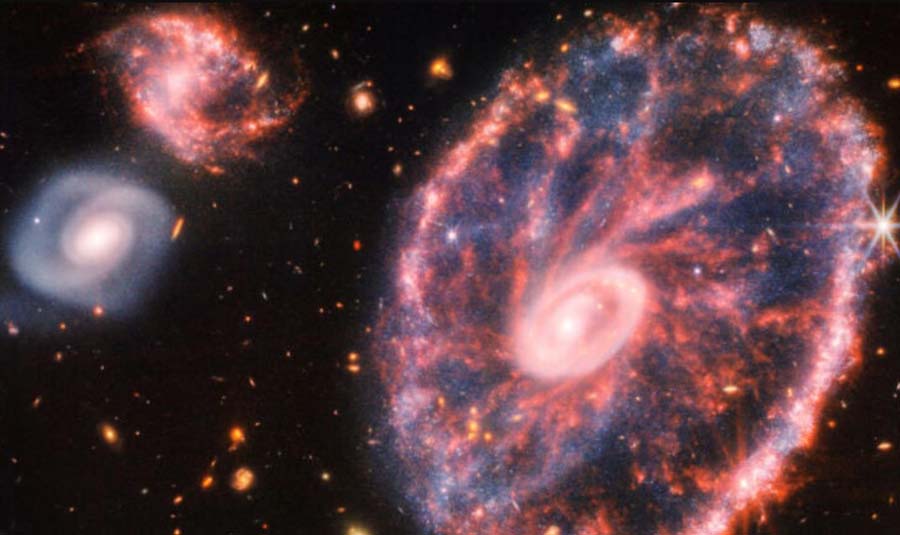 Mr Klein’s intention in doing what he did was apparently to educate people about fake news online, stated French news outlet Le Point. While it’s unclear if it has had that effect, what’s certain is that netizens have been entertained at the very least.

Think before you believe

We never thought a chorizo slice could pass off as a photo of a distant star lightyears away from Earth.

While we tend to believe online posts, it’s always best to think and discern first.

Here’s hoping you won’t get tricked the next time you see a deep-space image.