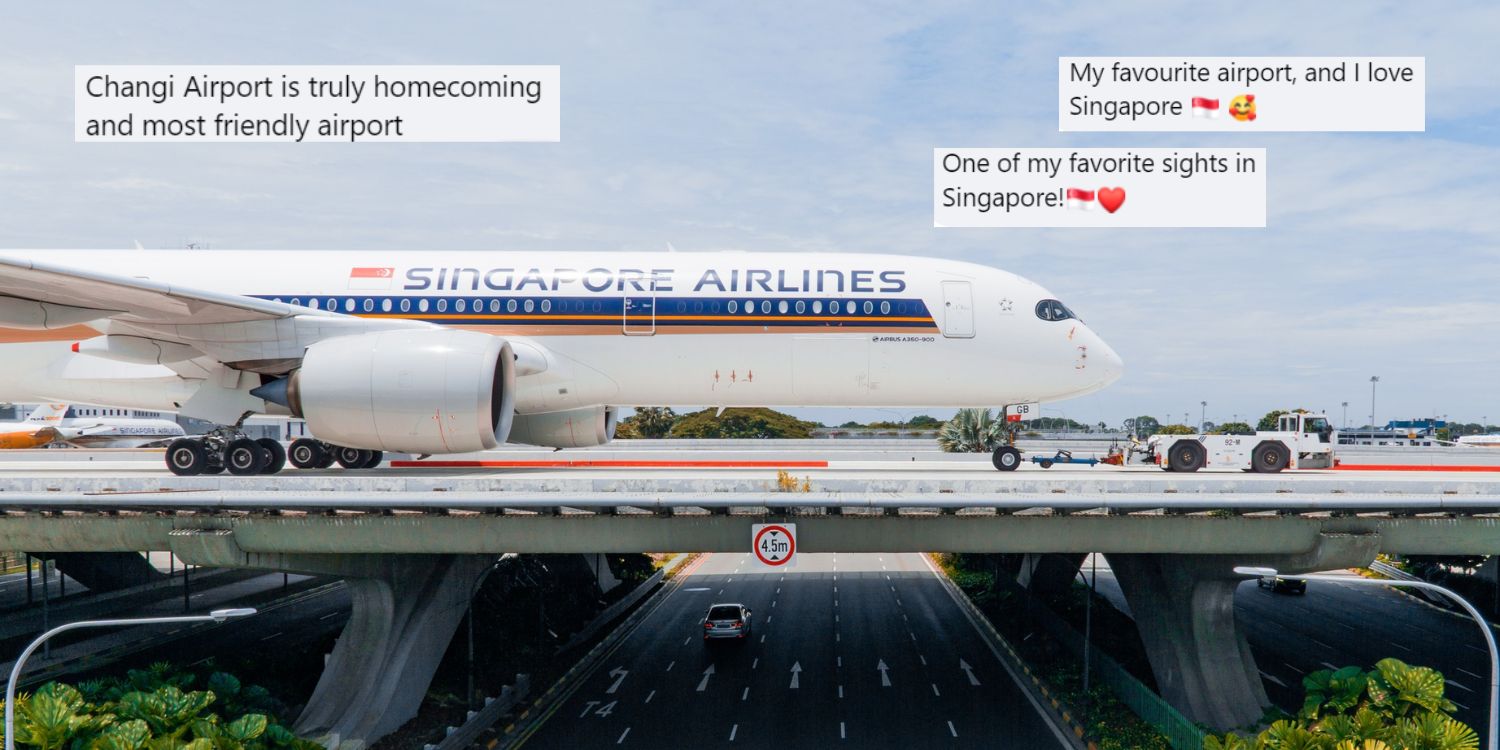 A heartwarming sight, no matter how many times we've seen it.

For many Singaporeans, the overhead taxiway across the road leading to Changi Airport isn’t something they’d consider ‘new’.

While its existence may be common knowledge, a picture featuring a Singapore Airlines (SIA) plane being towed across the taxiway still went viral quickly after Changi Airport posted it online. Netizens left wholesome comments praising Changi Airport in the post, sharing how cathartic it feels whenever they encounter the familiar sight.

On Thursday (11 Aug), a picture of an SIA plane crossing the taxiway across Airport Boulevard was shared on Changi Airport’s official Facebook page.

In contrast to the silver car travelling below, the aeroplane appeared mammoth, inviting anyone to marvel at the engineering feat.

Another point that likely drew much attention was the strength of the taxiway in withstanding the weight of the tremendous plane.

But above all, the more common consensus appeared to be the sense of pride and admiration that the scene evoked.

In the comments section of the post that garnered over 700 shares in less than a day, Facebook users from all walks of life left wholesome remarks.

Other netizens, who appear to be from other countries, also expressed their fondness for Changi Airport. One such person even promised to visit our sunny island soon.

This Facebook user shared a similar view from the nearby Jurassic Mile, dubbing the sight a “precious” one. 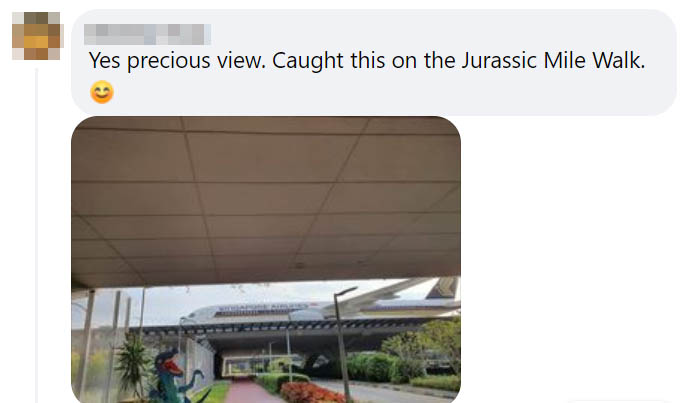 Indeed, one can easily tell from the positive comments that there’s so much love for SIA and Changi Airport.

Though seeing an SIA plane on the taxiway may be just another regular sight to some of us, we can’t deny that it’s an uplifting one, especially considering recent circumstances.

After nearly two years without travel left the airport rather quiet, seeing planes passing by again is certainly a huge relief.

Hopefully, as air travel picks up pace, we’ll see planes on the taxiway more often. I’ll always be a heartwarming welcome home sign for Singapore residents who take pride in our world-class airport.