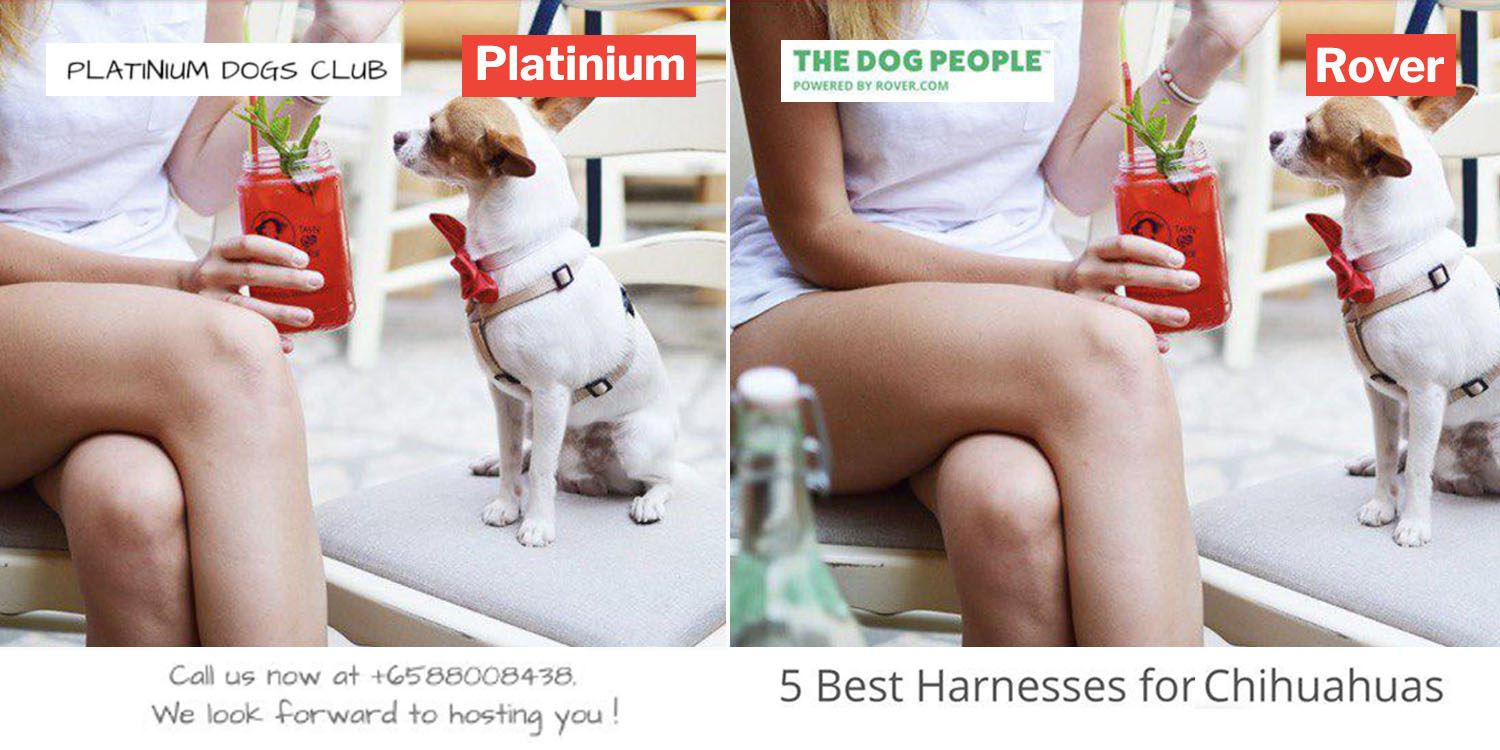 On Thursday (3 Jan), we reported that the Platinium Dogs Clubs saga continued with a car accident, more reported deaths & missing canines — but it seems that it’s far from over.

Netizens conducted more CSI investigations to unveil the past of ‘Rachel’ – who represented the club in the previous cases.

One netizen claims that she was involved in a Carousell scam. Others found that pictures from her Platinium Dogs club website and her former wedding photography website – thecharlotterussell.com – were plagiarised.

A mysterious past on Carousell

A netizen unearthed a Carousell page from 2 years ago. The page was created by a customer who was allegedly scammed with fake Dior sunglasses. 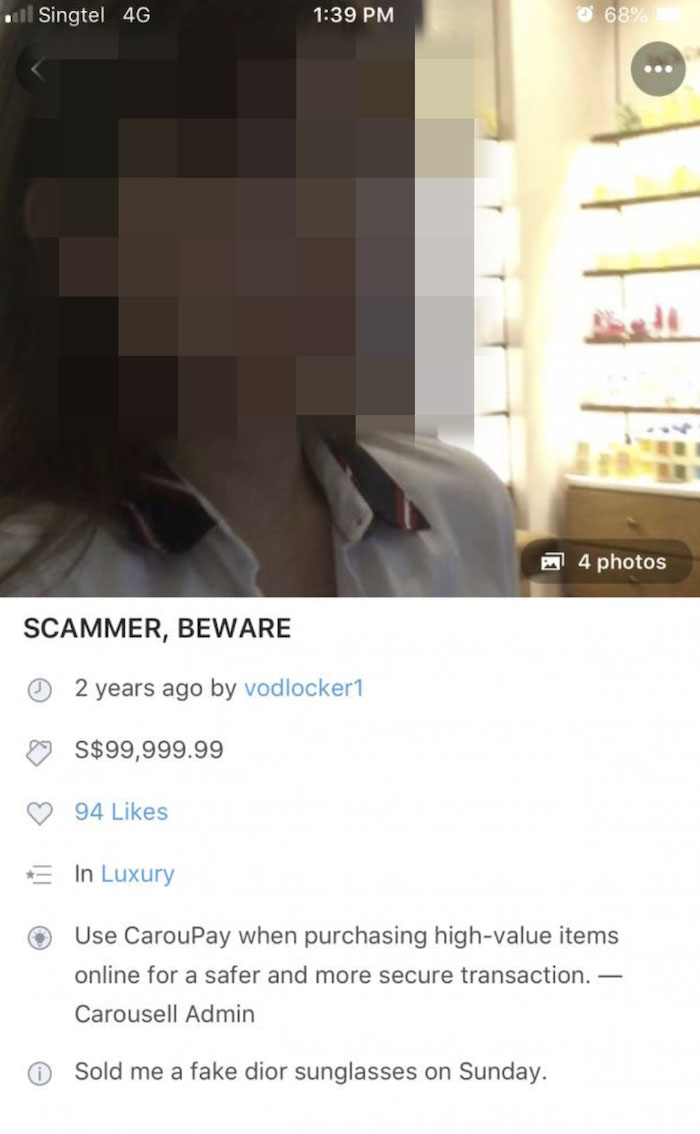 He claims that the picture of the scammer looked like “Rachel”.

The customer included screenshots from the scammer’s profile — identified as @msstai. The page included counterfeit shades, bags and shoes from other luxury brands — but it has since been deleted.

The customer posted her conversation with the scammer which asks for her money back, otherwise she would report the incident to the police. 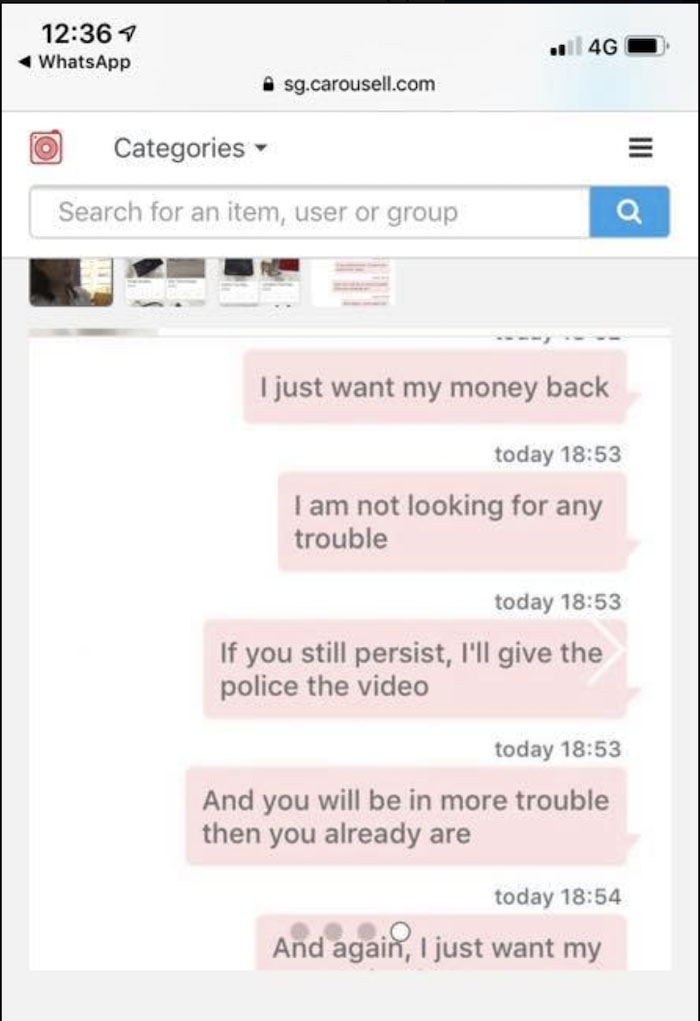 Netizens also found that photos from Platinium Dogs Club website were plagiarised from other websites. Another netizen found that the brands they use were copied from Wag & Paws – a personal pet website. Here’s a comparison: 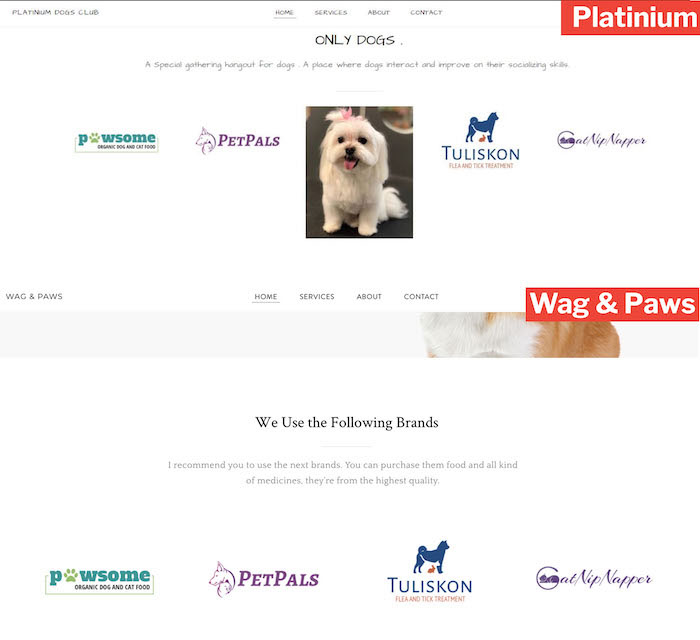 However, a netizen found that the website was created on April 2018. 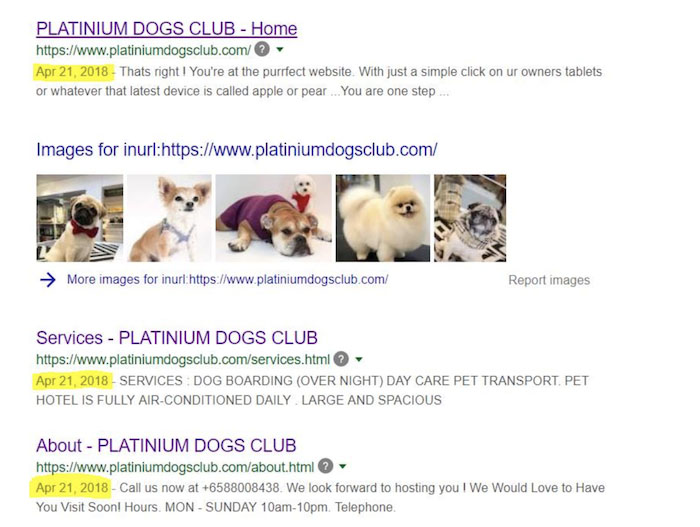 In a previous report, we mentioned that Platinium Dogs Club’s website was connected to 2 other domains registered under one ‘Charlotte Liew’, who had the same surname as ‘Rachel’.

She is allegedly the owner of a bouquet service called “La French Roses” and a tutoring service named “Raffles Tuition Centre”.

A netizen found that Charlotte Liew also owned a wedding website called Charlotte Russell. The site has since been deleted, but it seems that ‘Charlotte Liew’ was the owner of the website. 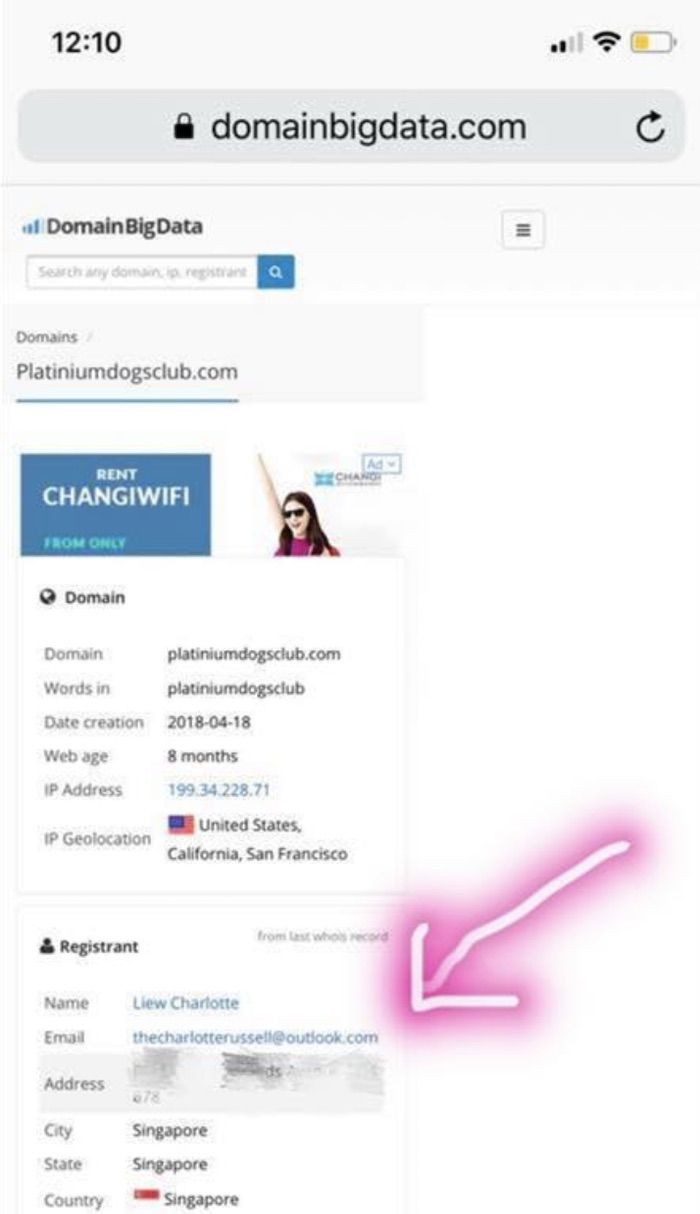 In 2014, Jerome Goh – a wedding photographer – claimed that the pictures from Charlotte’s website were copied from his website. Here’s a few comparisons: 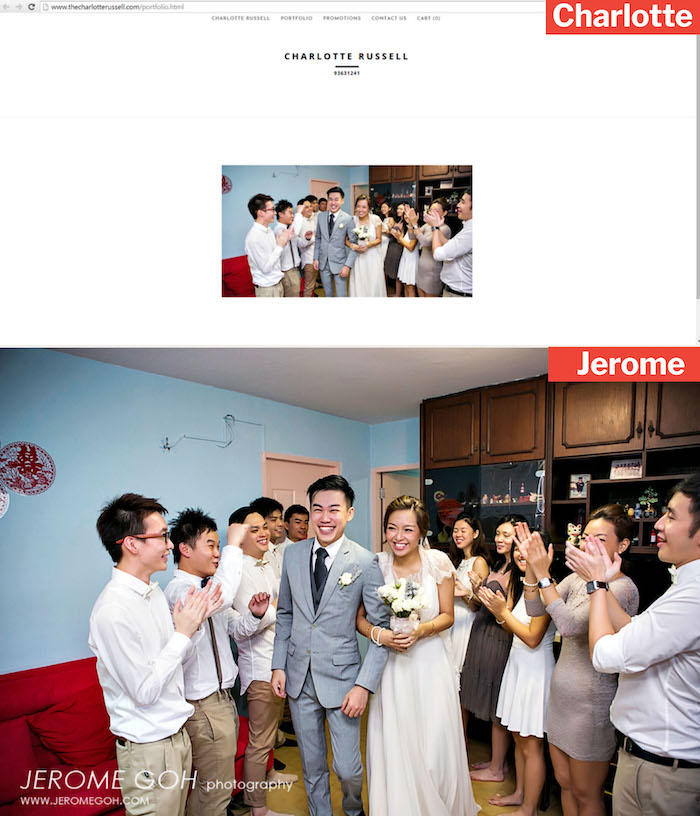 Jerome wrote that Charlotte removed the watermarks and claimed them as her own. 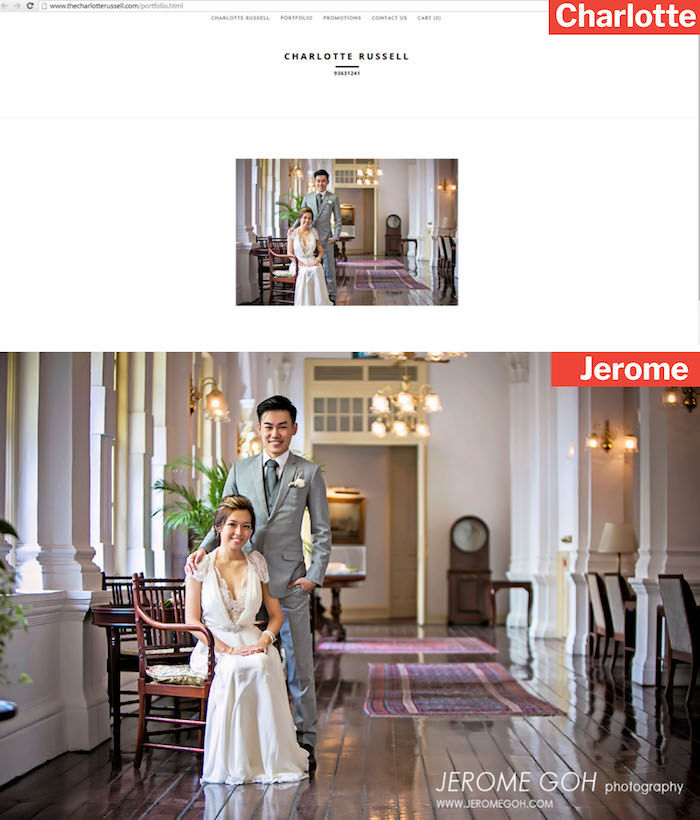 He tried to get in touch with Charlotte but she “refused to answer” any of his calls. 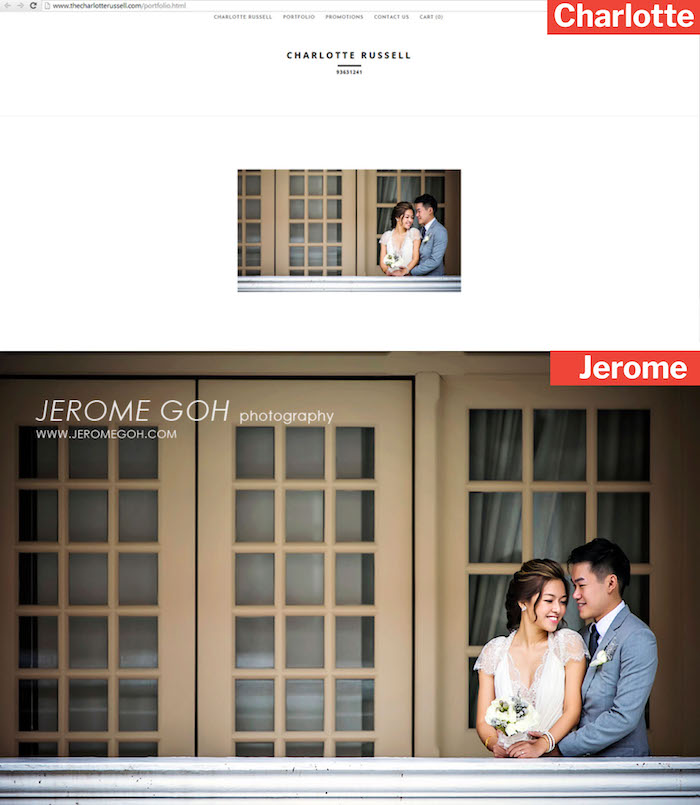 The Platinium Dog House drama continues with a revelation of Rachel or Charlotte’s past ventures. However, as the police & AVA are already involved in investigations, MS News hopes that these cases are resolved soon.

We also invite netizens to join the search for Prince – a missing sheltie sent to the boarding house.