Following Anwar Ibrahim’s historic appointment as Malaysia’s 10th Prime Minister (PM), world leaders from around the world have flocked to congratulate him.

Our own PM Lee Hsien Loong was among the first to do so, in the form of a letter inviting Mr Anwar to visit Singapore. 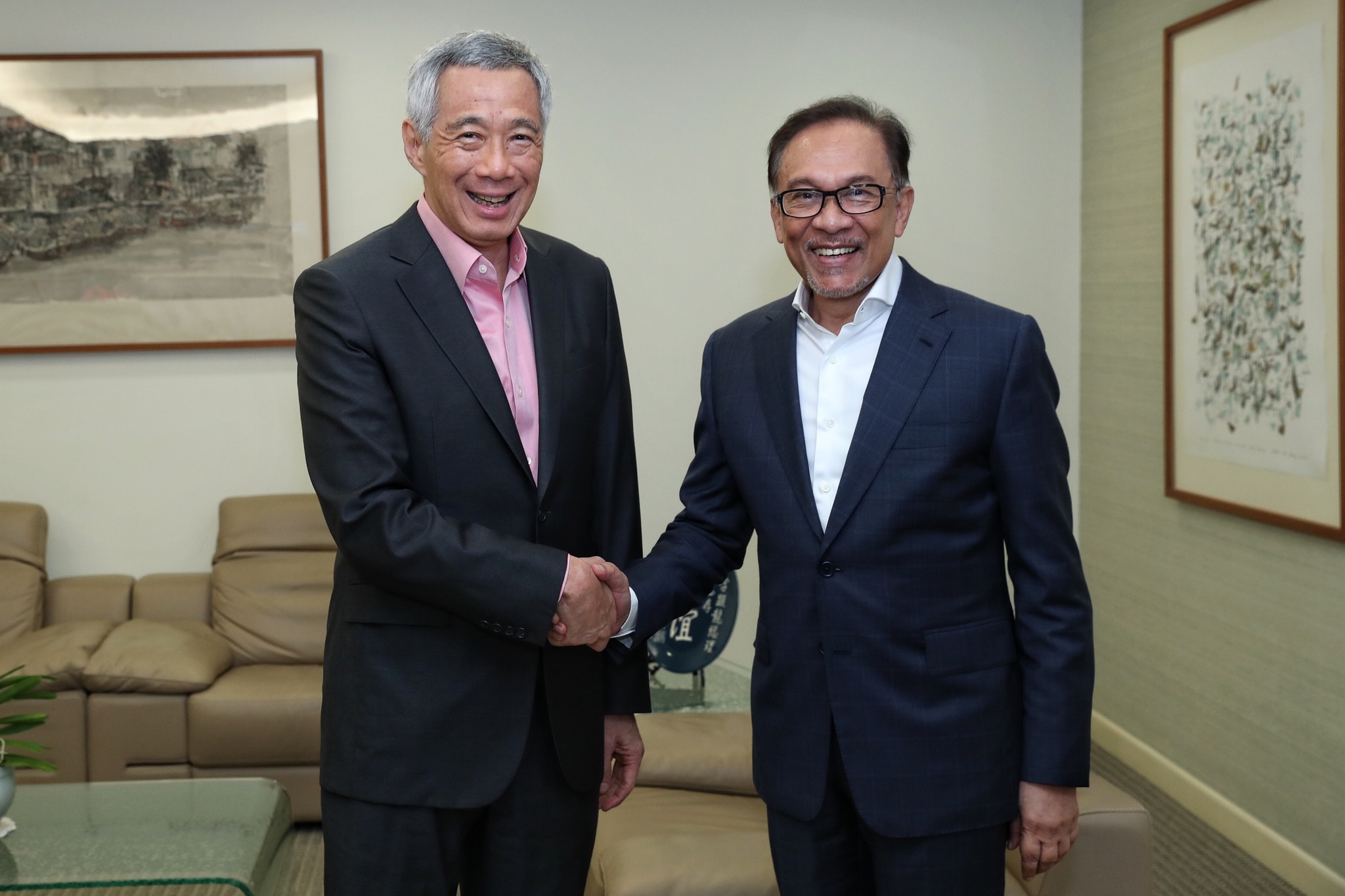 He also shared via the letter that he had verbally congratulated the Pakatan Harapan (PH) chairman over the phone.

The pair last met in 2018, when Mr Anwar visited Singapore to give a lecture.

In the letter posted on the Ministry of Foreign Affairs’ (MFA) website, PM Lee made a nod to pressing current issues like inflation and climate change.

He noted that Mr Anwar’s election comes at a time of “significant challenges in our regional and global environment”. 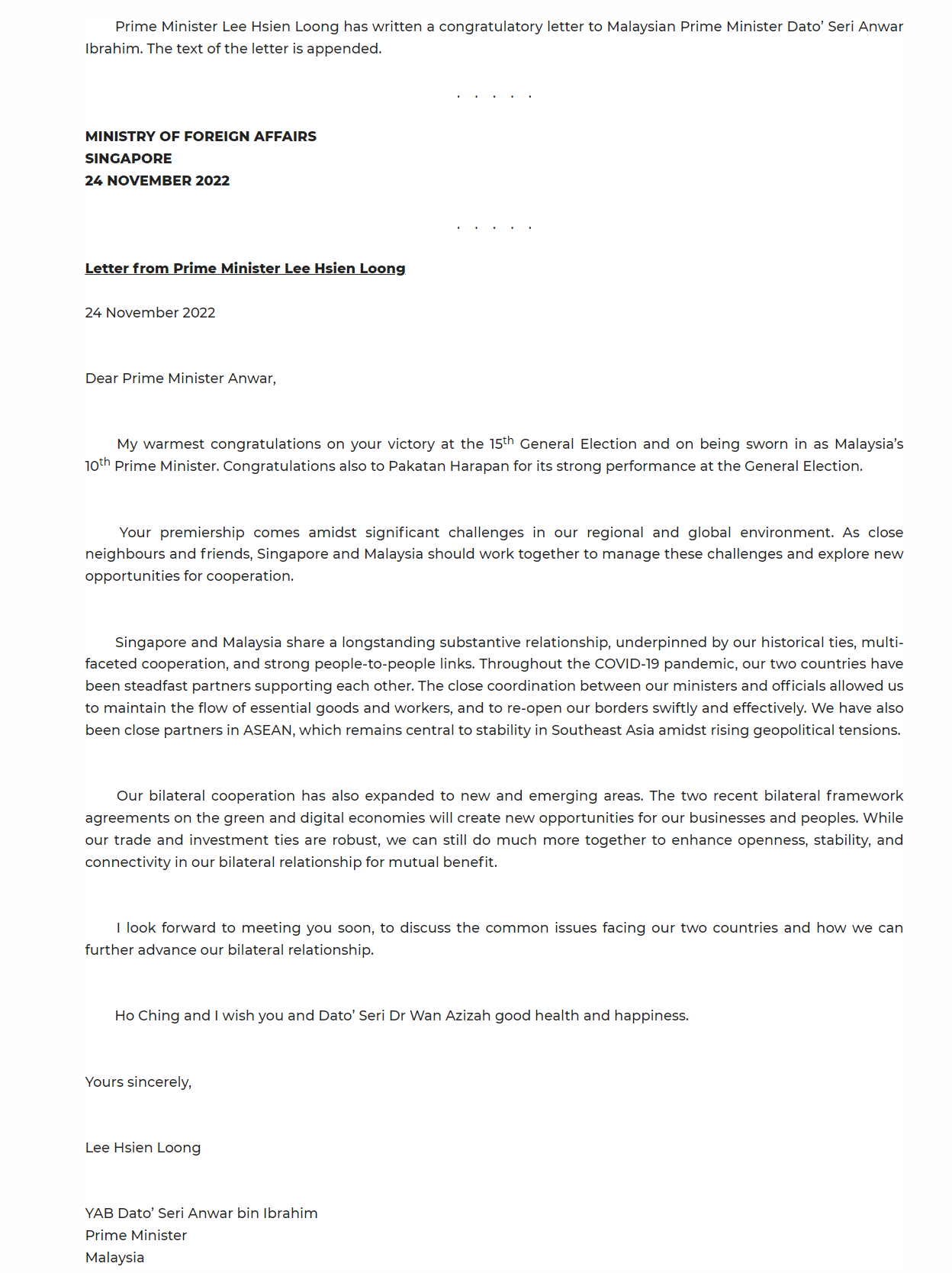 On that note, he emphasised that Malaysia and Singapore should manage these challenges together.

He then reflected on all the ways their bilateral ties have benefited both nations, he said.

For one, the close coordination between both countries’ ministers and officials helped maintain the flow of essential goods and workers.

It also enabled the reopening of borders to take place swiftly and effectively.

Additionally, PM Lee wrote that our close partnership is integral to stability in the ASEAN region, which was vital amidst “rising geopolitical tensions”.

While the two countries’ trade and investment ties are “robust”, the Singapore PM stated that there is still much more to do together to enhance “openness, stability, and connectivity”.

He concluded the letter by saying that he was looking forward to seeing Mr Anwar soon to discuss common issues and how both countries could advance their bilateral relationship.

PM Lee & Anwar have known each other for decades

Aside from the formal letter, PM Lee also expressed his congratulations to Mr Anwar via his social platforms. 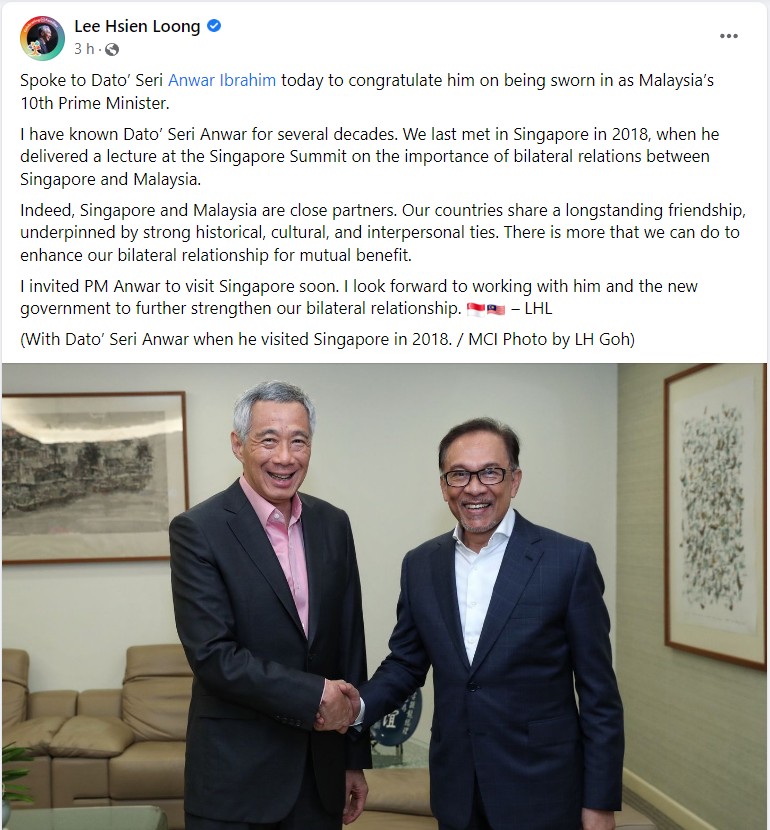 In a Facebook post, he revealed that he and the newly elected Malaysian PM have known each other for “several decades”.

They last met in Singapore in 2018, when Mr Anwar attended the Singapore Summit to deliver a lecture on — coincidentally — the importance of bilateral relations between the two nations.

Back then, both men were photographed exchanging a warm handshake to commemorate the meeting. 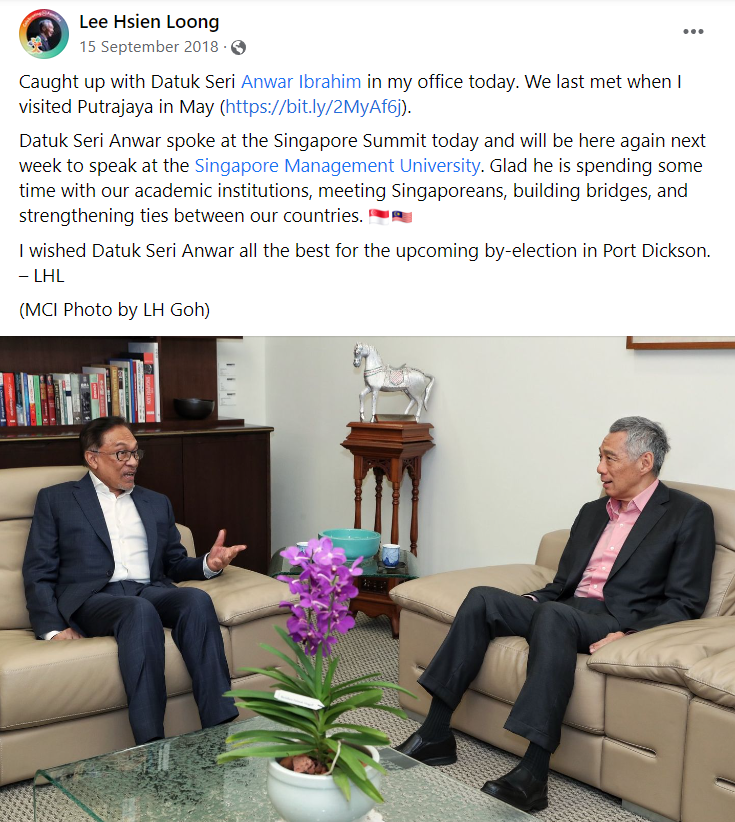 The visit had also been documented on PM Lee’s Facebook page then.

Interestingly, it occurred just a month before Mr Anwar’s landslide victory in the Port Dickson by-election.

To stronger Singapore-Malaysia relations ahead

Between PM Lee’s warm welcome and the strengthening of the Ringgit, Mr Anwar’s tenure as PM appears to have gotten off to a promising start.

Here’s hoping with him at the fore, ties between Singapore and Malaysia will become stronger in the years to come.