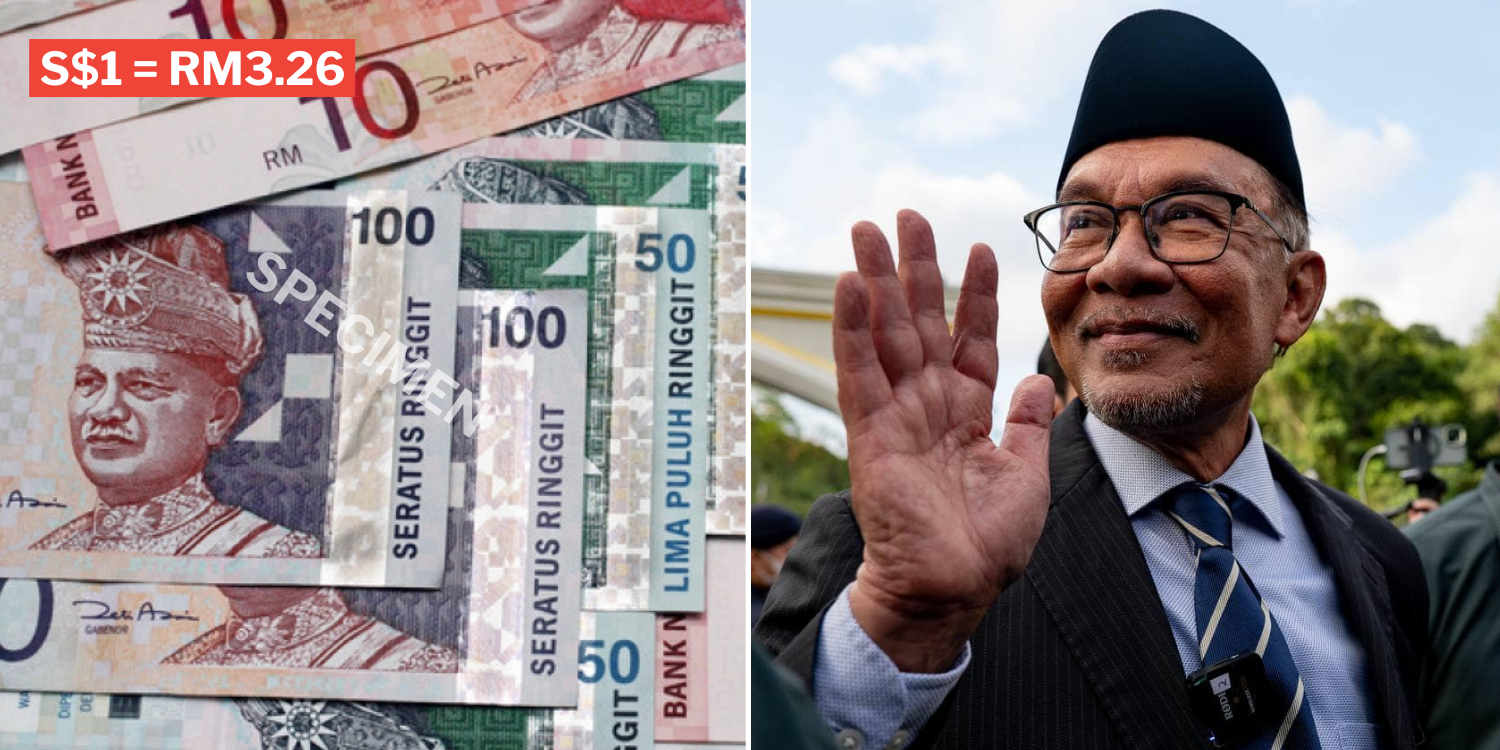 Some Malaysian stocks also saw their largest jump in over two years.

In anticipation of the news, the Malaysian Ringgit (MYR) appreciated against the Singapore Dollar (SGD), hitting 3.28 at one point. Following news of the decision, the MYR strengthened even further to 3.26 against the SGD.

On the same day, stocks of Malaysian companies such as Genting Malaysia and Carlsberg Brewing Malaysia also saw their biggest jumps in more than two years.

According to currency conversion site XE.com, the MYR/SGD exchange rate stood at 3.26 at the time of writing on Thursday (24 Nov).

Earlier this month, the MYR weakened to as low as 3.39 against the SGD.

According to The Straits Times (ST), the MYR appreciated by 1.06% and 1.7% against the SGD and US Dollar respectively after news of Anwar’s appointment.

Some Malaysian stocks reportedly saw the biggest rally in over two years. This came after a key political bloc announced their support of Anwar as PM as opposed to Muhyiddin, ST stated.