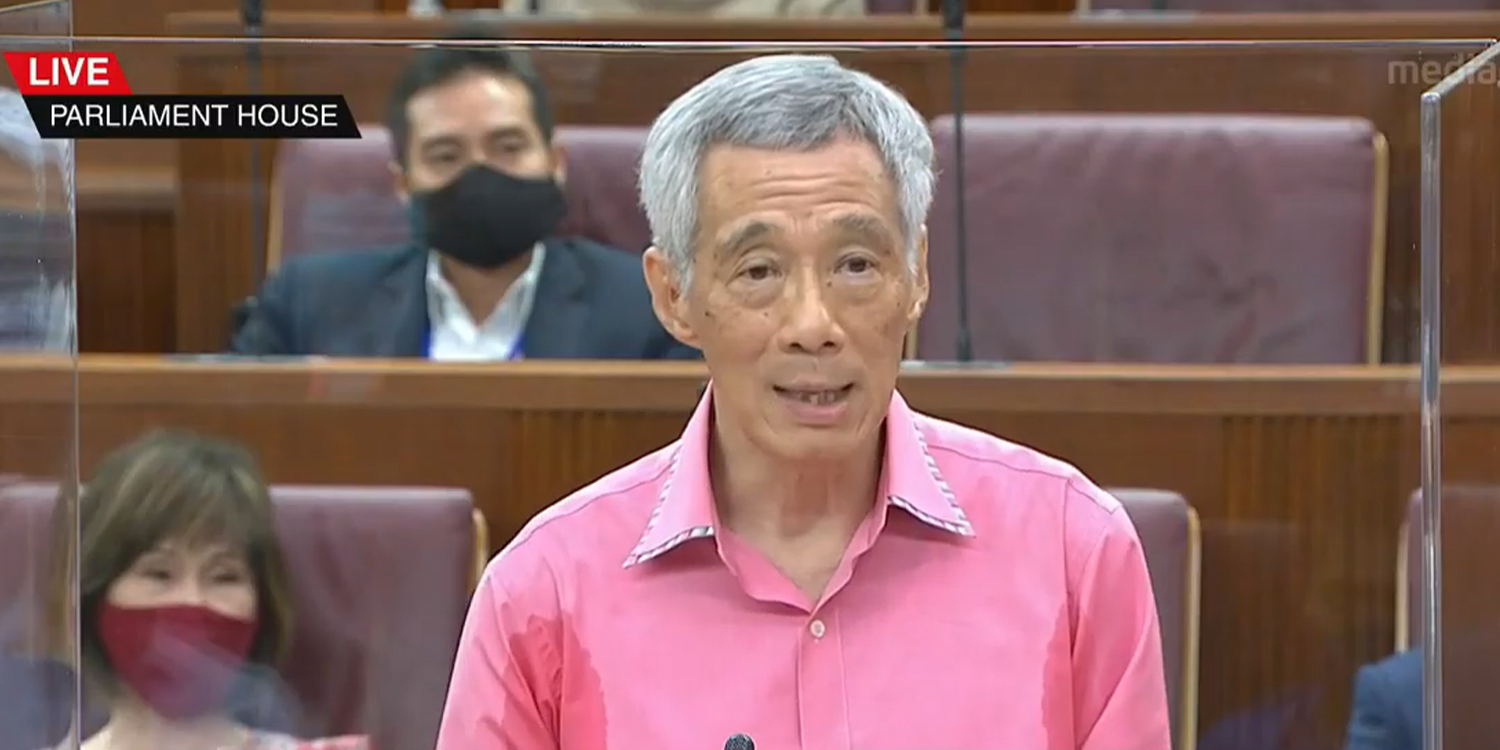 He sure kept his cool, though.

By now, PM Lee’s pink shirts have become a staple of his broadcast speeches.

His choice of wardrobe is almost as anticipated, if not more, than the content of his words.

And so it was that when Singaporeans watched Prime Minister Lee Hsien Loong give his address on Singapore’s Covid-19 response, he appeared in that characteristic pink shirt.

But some eagle-eyed netizens soon noticed that over the course of the speech, his shirt underwent a change.

Just as we closely scrutinise the content of his words, many also monitor his body language — to the extent that we comment about his water parades. 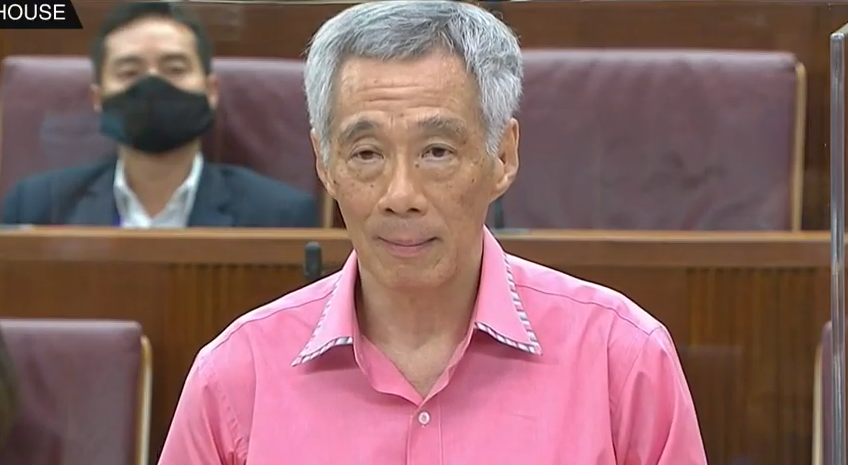 The speech lasted 90 minutes — a full hour and a half.

Although PM Lee’s speech was coherent and he spoke with clarity, his body language appeared to indicate some discomfort.

Specifically, there appeared a design change to his shirt over the course of his speech. 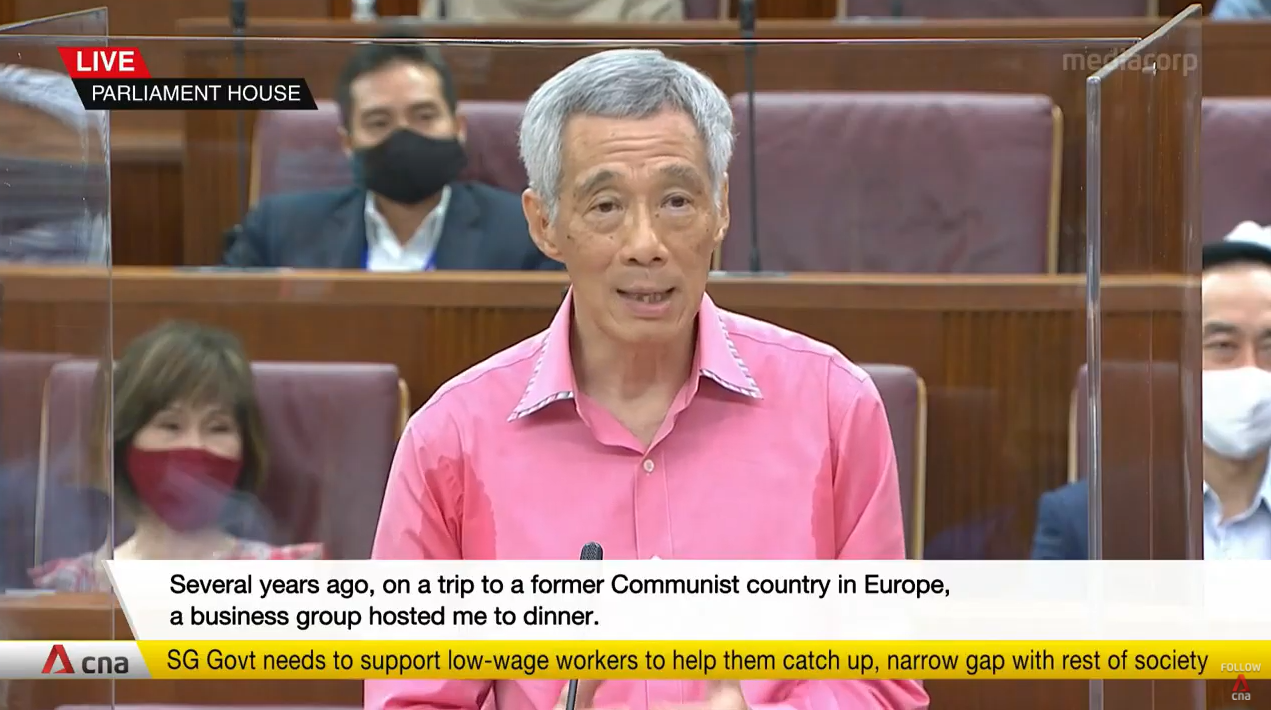 This wasn’t apparent in the beginning of his speech, so some suspected that the air-conditioning at Parliament House was either faulty or set to a temperature too high.

Others wondered if there was some underlying health problem.

Carried on with no break

To his credit, PM Lee showed no obvious sign of discomfort during his speech.

He talked about a wide variety of issues, including anti-foreigner sentiment, how Covid-19 measures were necessary to protect the vulnerable, and how the Cabinet has evolved over the years to adapt to Singaporeans’ tastes.

The speech was not a short one either — lasting more than an hour.

But he never called for a break.

Perhaps it was just a natural effect of standing for a long time.

For what it’s worth, today’s weather isn’t the worst in history.

So no, the weather isn’t likely to blame.

But we do commend PM Lee for being able to do a speech, complete with ad-libs, lasting more than an hour, without even a sip from his magic cup.

Certainly, there was no self-consciousness at play, so if he isn’t bothered, maybe we shouldn’t be either.

After all, the content is what we listen to PM Lee for, and he displayed few to no issues with conveying his messages.