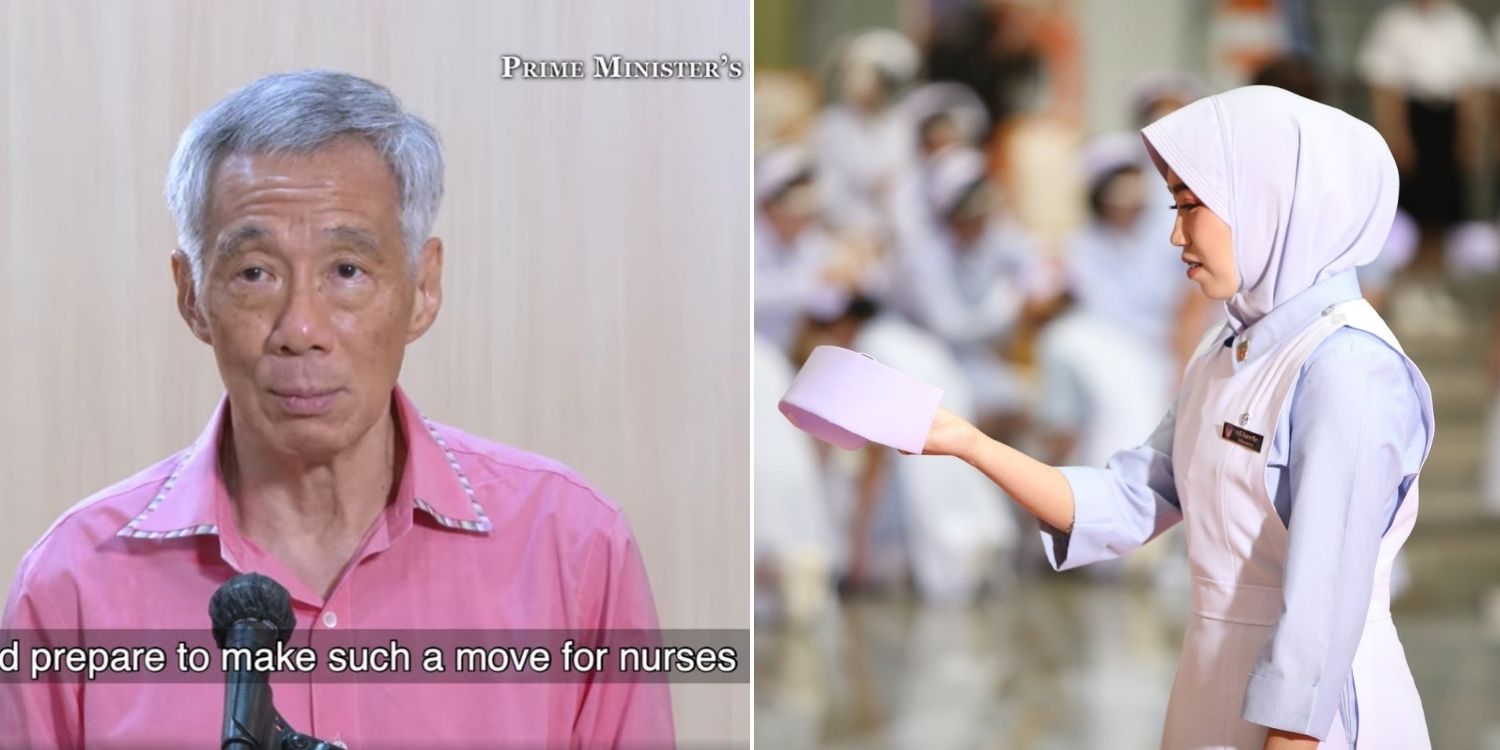 He will speak on the issue at the National Day Rally.

PM Lee Says There’s Reason For Nurses To Wear The Tudung, Decision To Come After Aug 2021

Everyone would agree that Singapore’s healthcare workers are doing essential work for the nation, especially during the Covid-19 pandemic.

Thus, there have been moves to reward them with perks like free meals and higher salaries.

However, for all their hard work, it might come as a surprise that nurses still aren’t allowed to wear religious headgear like the tudung at work.

In recent weeks, the Government has been pondering on the issue. Now, Prime Minister Lee Hsien Loong has come out to say that “there is reason” to allow nurses to wear the tudung. 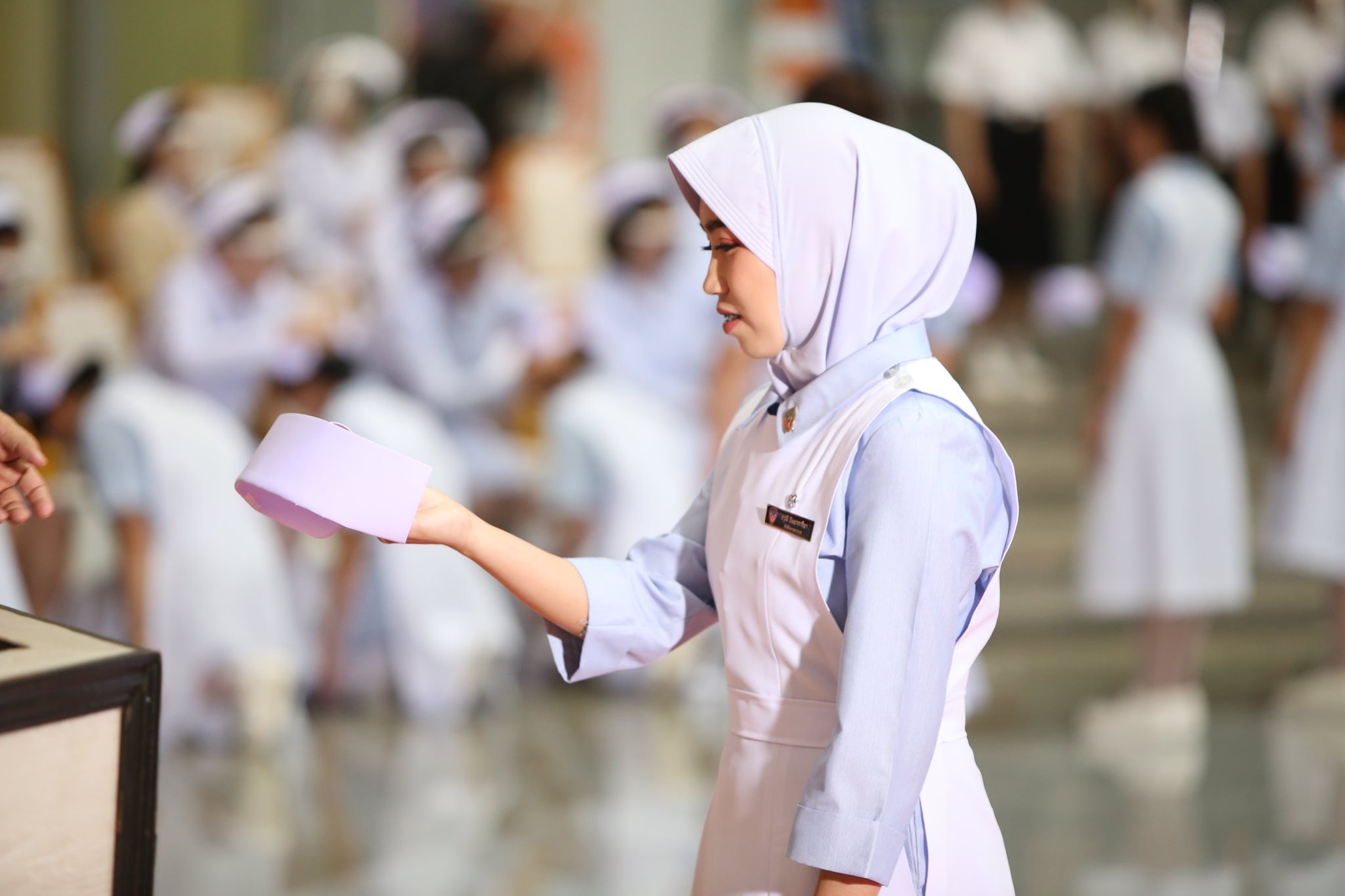 But because this is a sensitive issue, the Government will seek help from community leaders, and nurses will have to wait till Aug for a decision.

Govt has been considering move for some time: PM

In a Facebook post on Saturday (10 Apr), PM Lee said he had a meeting with the aforementioned Malay/Muslim religious and community leaders on the issue. 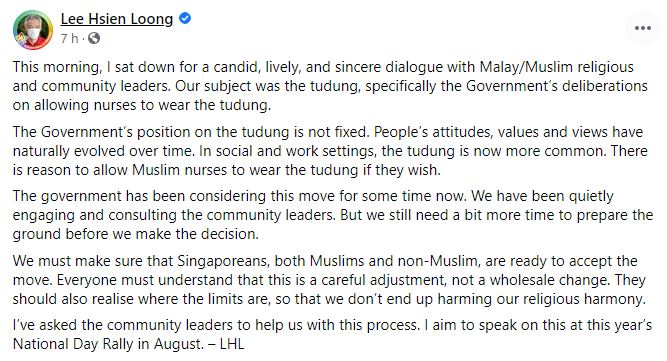 There were about 70 of them, reported The Straits Times (ST), and they met at the Civil Service Club in Tessensohn Road.

According to Mr Lee, the Government has been quietly consulting these leaders, so they know that this move has been considered for some time. 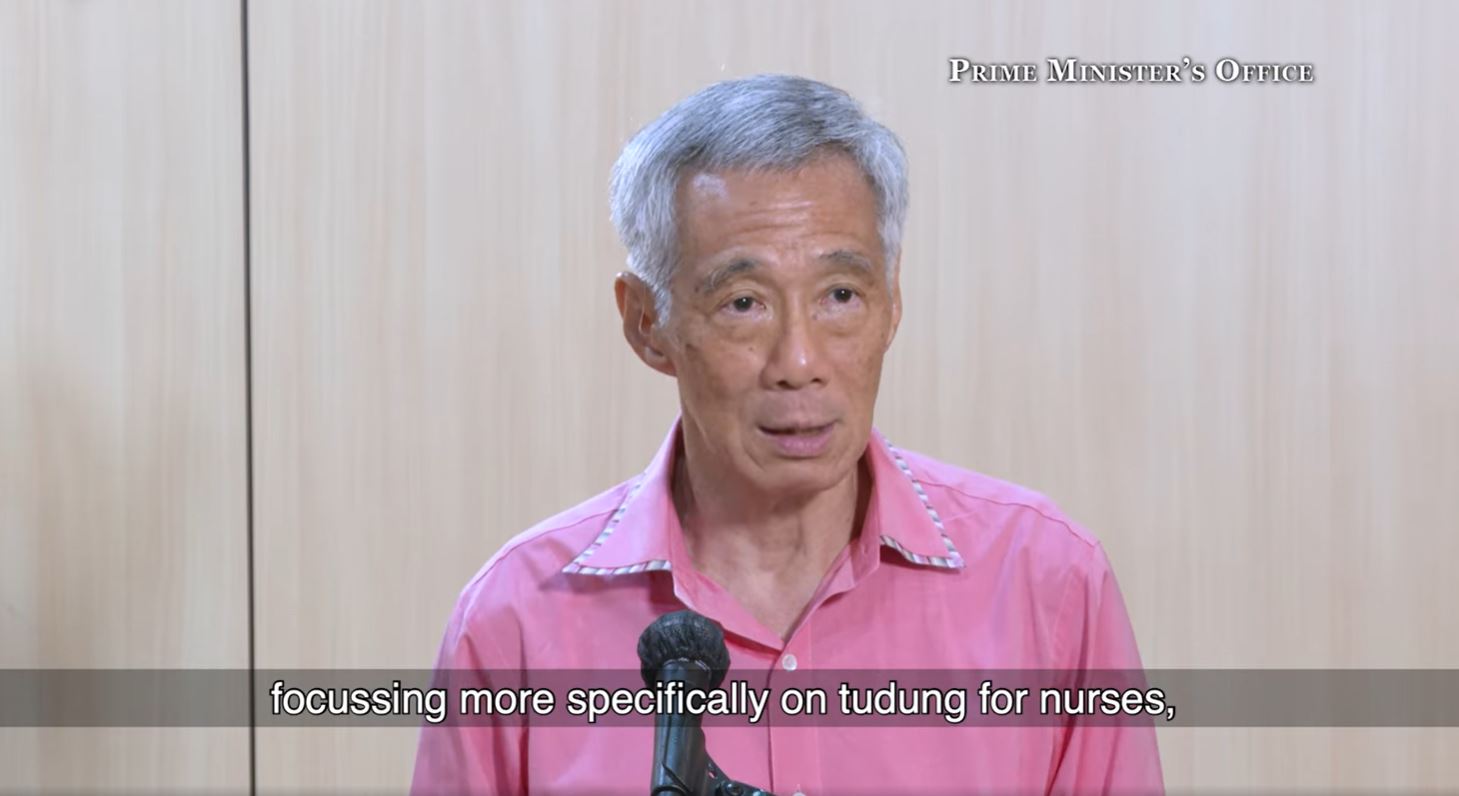 He also informed us that the Government’s position on this issue isn’t fixed.

Singaporeans should prepare to make such a move

The good news for nurses who want to wear their tudung to work is: PM Lee says the merits of them doing so can be seen, on its own.

In fact, he concluded that Singaporeans should prepare to make such a move, he added. 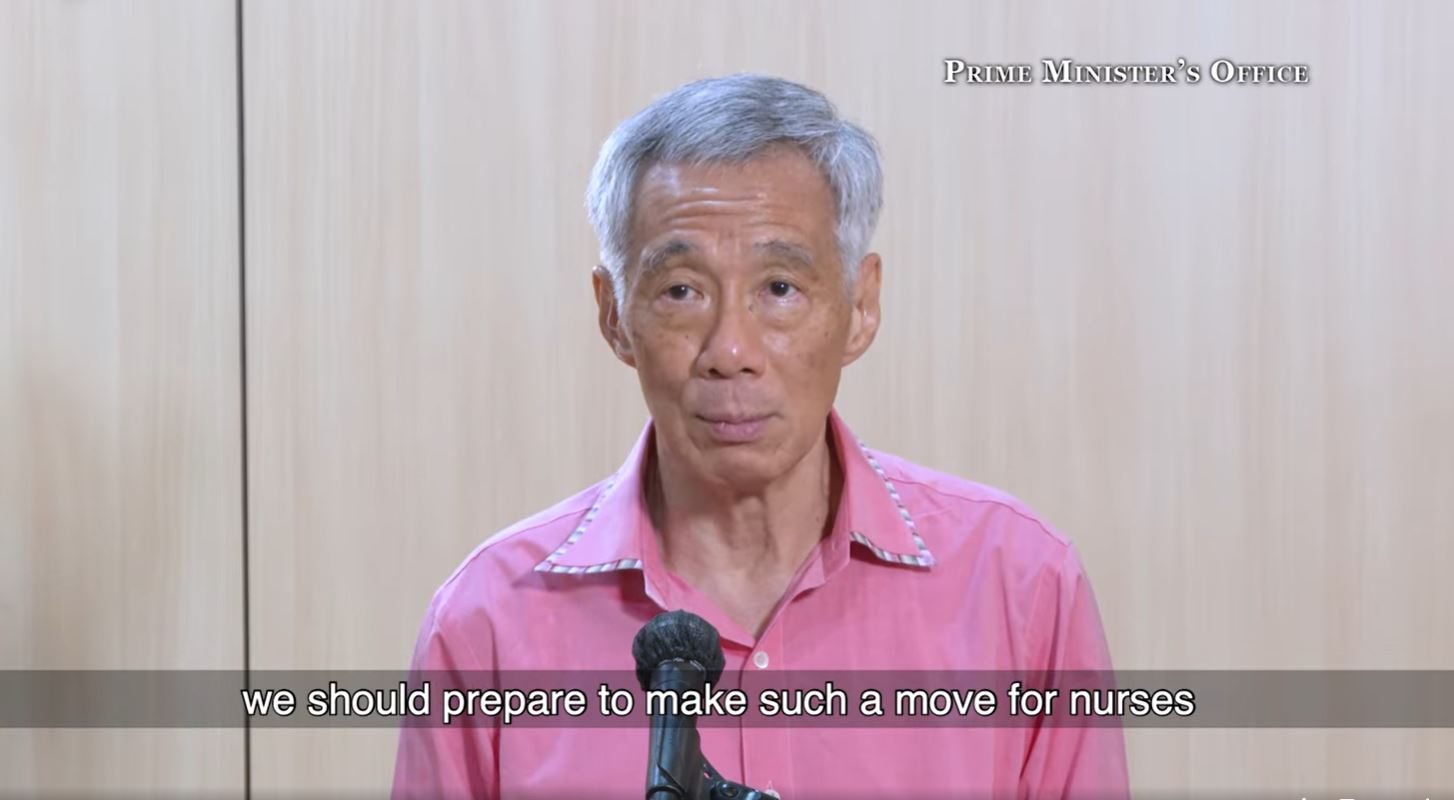 That’s because people’s attitudes have changed, and the tudung is now more common in social and work settings.

So the Government wants to make such a move.

However, nurses who want to wear their tudung with their uniform will have to wait a while – at least till Aug.

Time needed to prepare the ground

The 4 months from now is needed to “prepare the ground” before the decision is made, Mr Lee said. 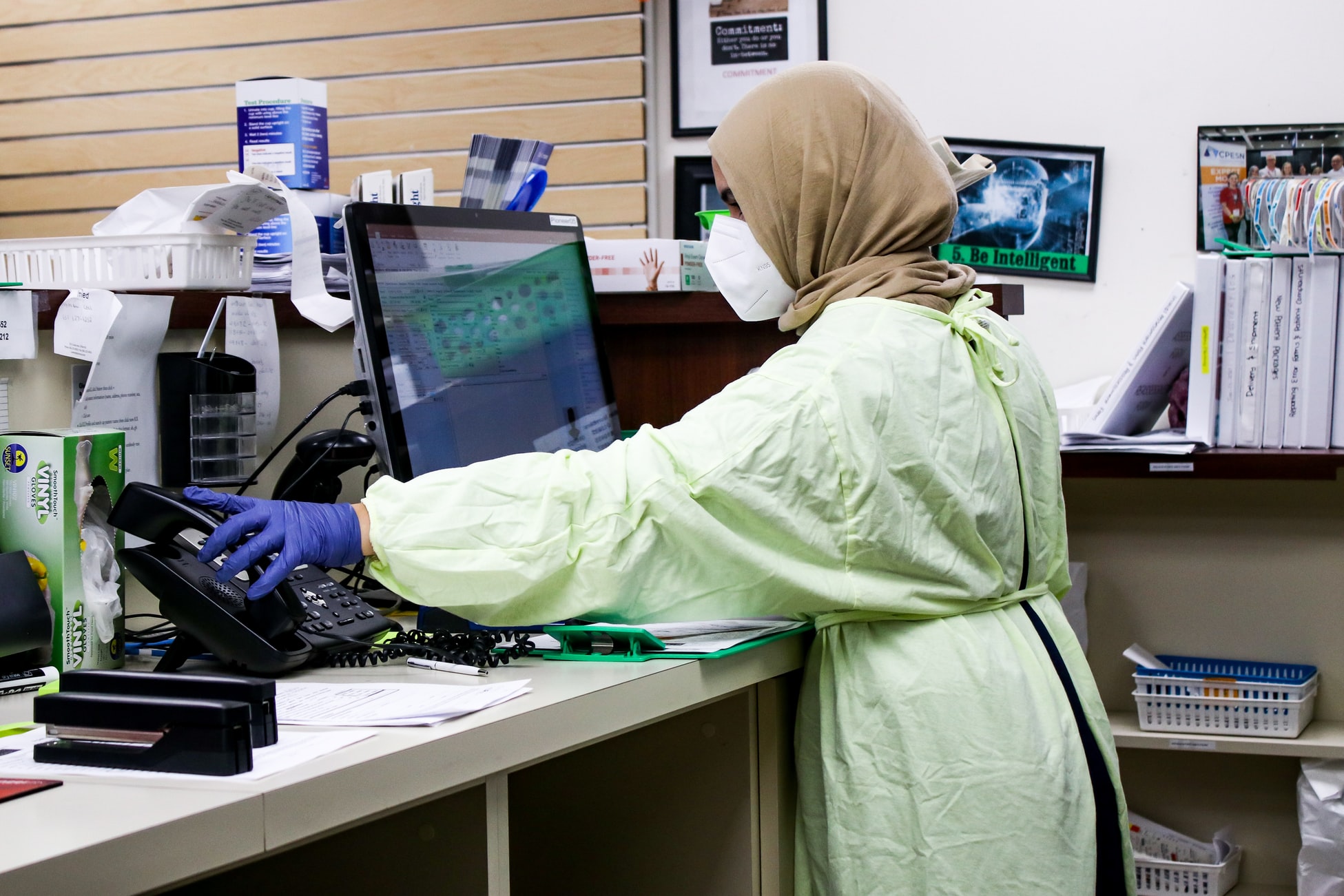 As Singapore is a multireligious and multiracial society, the Government needs to make sure that all Singaporeans, whether Muslim or not, can accept the move.

To do so, they must understand that it’s a “careful adjustment, not a wholesale change”.

Singaporeans also need to know the limits of the change so religious harmony isn’t harmed.

Issue to be brought up at National Day Rally

With that in mind, PM Lee will speak on this issue again at this year’s National Day Rally.

That will be at the end of Aug, and he hopes that by then, a decision can be made so he has something to report.

Watch the full video of what he said to reporters here:

Nurses’ uniforms must be secular: Masagos

If you’re wondering why wearing the tudung with uniform is such a big deal, you’ll have to check out a speech in Parliament by Mr Masagos Zulkifli, Minister-in-charge of Muslim Affairs. On 8 Mar, he said that work uniforms must remain secular – a “consistently clear” policy by the Government.

As tudungs are visible religious markers, this may affect patients’ preferences for who they wish to be served by based on whether they’re wearing a tudung, he added.

This can’t be allowed to happen as services should be rendered to people equally regardless of race or religion.

If there’s an aggressive push for religious headgear to be worn, Mr Masagos also warned about the potential for society to be increasingly polarised. 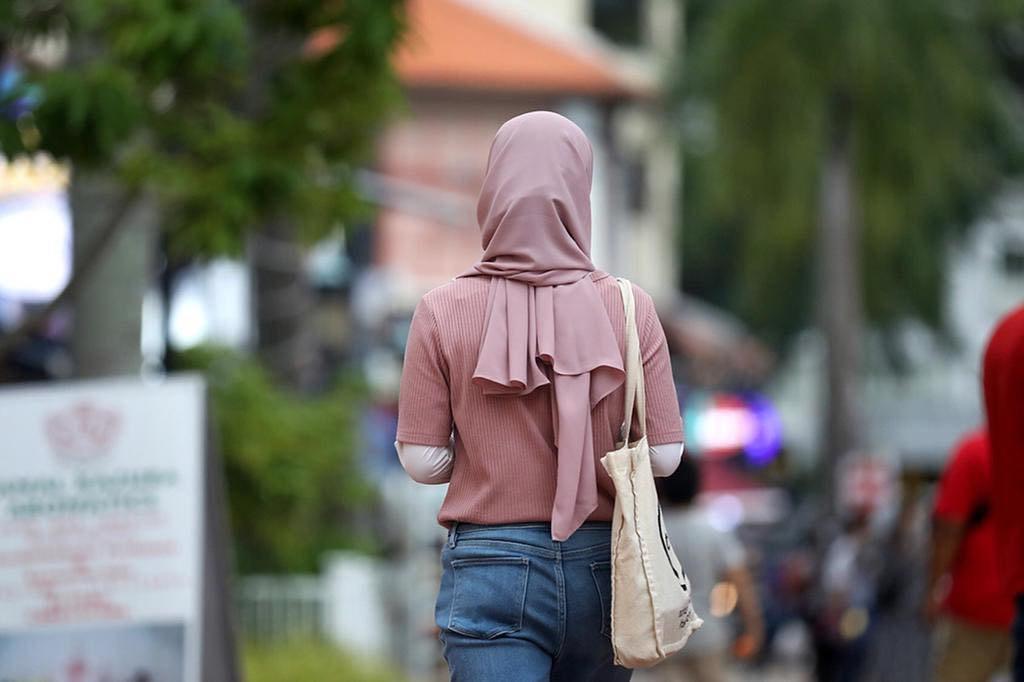 However, weeks later, a more relaxed stance seemed to have emerged.

On 23 Mar, Law and Home Affairs Minister K. Shanmugam said a change would likely come that would allow nurses to wear the tudung at work. 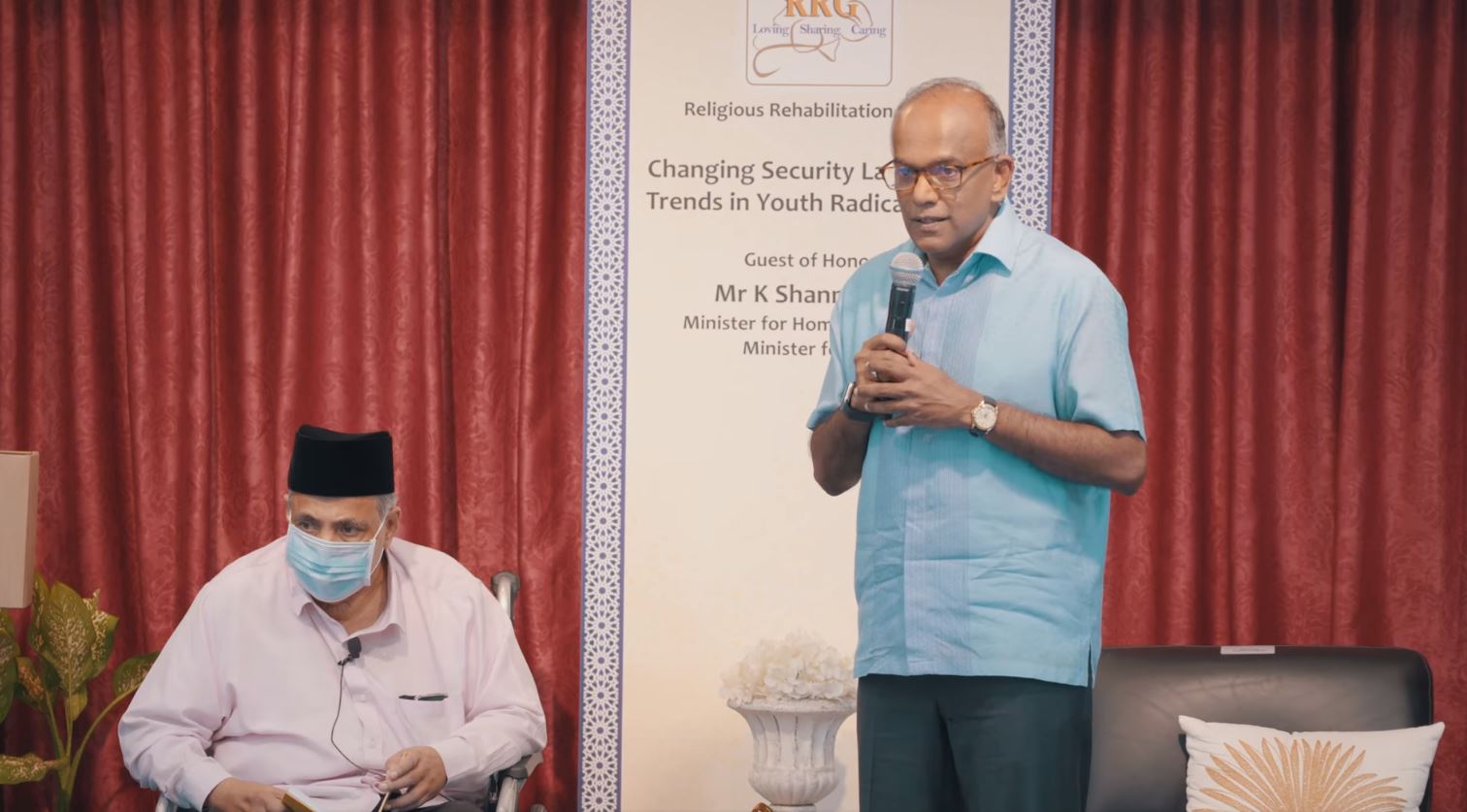 He echoed what PM Lee said on Saturday (10 Apr) by pointing out “good reasons” for the move, but community leaders had to be consulted first.

While many may have interpreted Mr Masagos’ earlier statement as a firm “no” to the move, Mr Shanmugam said that there may have been a misunderstanding.

He was actually reiterating the Government’s ongoing consideration of the matter.

What’s certain, though, is that any move will take “a few months”. Now with Mr Lee’s statement, we know that will be by the end of Aug, at least.

All we have to do is wait

It’s quite apparent that the Government knows what must be done, but is being cautious as they feel that it’s a very sensitive issue.

At least nurses now have a rough time period to look forward to, when a decision might be made on this issue.

Now, all we have to do is wait for the relevant discussions and considerations to be completed.

Do you think it should take this long for a decision to be made? Do let us know in your comments.