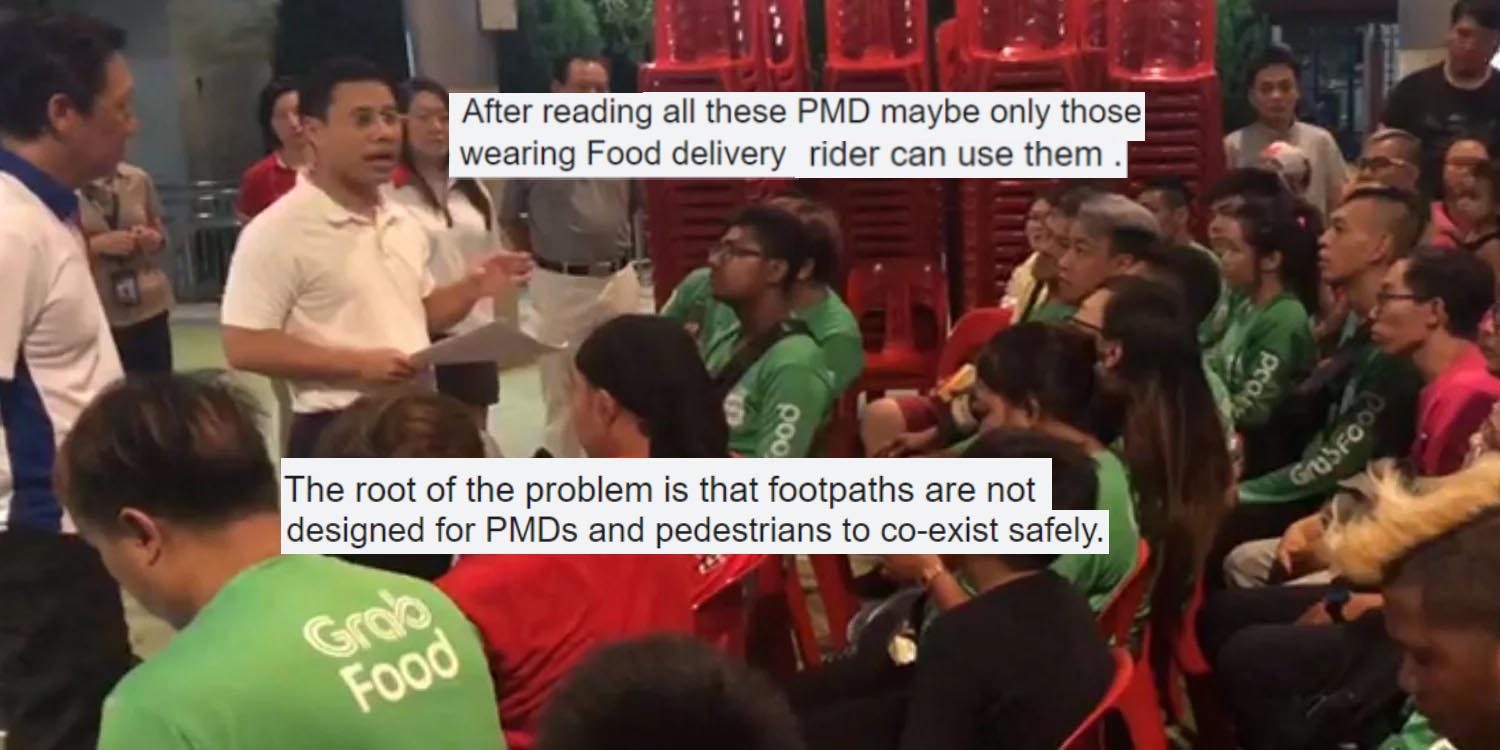 Since the ban on personal mobility devices (PMDs) on footpaths came into effect overnight on 5 Nov (Tuesday), Singaporeans have been divided over the manner of the ban.

Numerous incidents over the past year, such as fires, accidents and near-misses on pedestrians, led netizens to appeal for an outright ban on PMDs.

A petition started in March this year and titled “Banning of PMD / e-bike in Singapore” has been signed by over 75,000 on Change.org as of 8 Nov (Friday).

Another petition started more recently to appeal the ban has garnered more than 20,000 signatures in just 4 days.

However, signatures on a website like Change.org may not necessarily be the best gauge for public sentiment.

MS News conducted a poll on Telegram to find out what netizens think of the ban and whether it should be applicable to food delivery drivers.

The question we posed was, “Should the PMD ban apply to food delivery partners?”

Out of the 1461 polled, a little over 40% were in favour of the ban, while the rest believe that delivery drivers should be allowed on footpaths.

The ban has been applied uniformly.

While most, if not all, are in agreement that irresponsible PMD riders bear the brunt of the problem that’s led to the ban, there is a far greater split over whether delivery partners should be barred from riding on pavements as well.

This indicates the matter might not be as cut-and-dry as one would think.

The effects of the ban are being felt on the ground.

While pedestrian footpaths are now almost entirely devoid of PMDs, delivery partners have taken to Meet-The-People sessions in various parts of the island to appeal to Members of Parliament (MPs) on their plight. 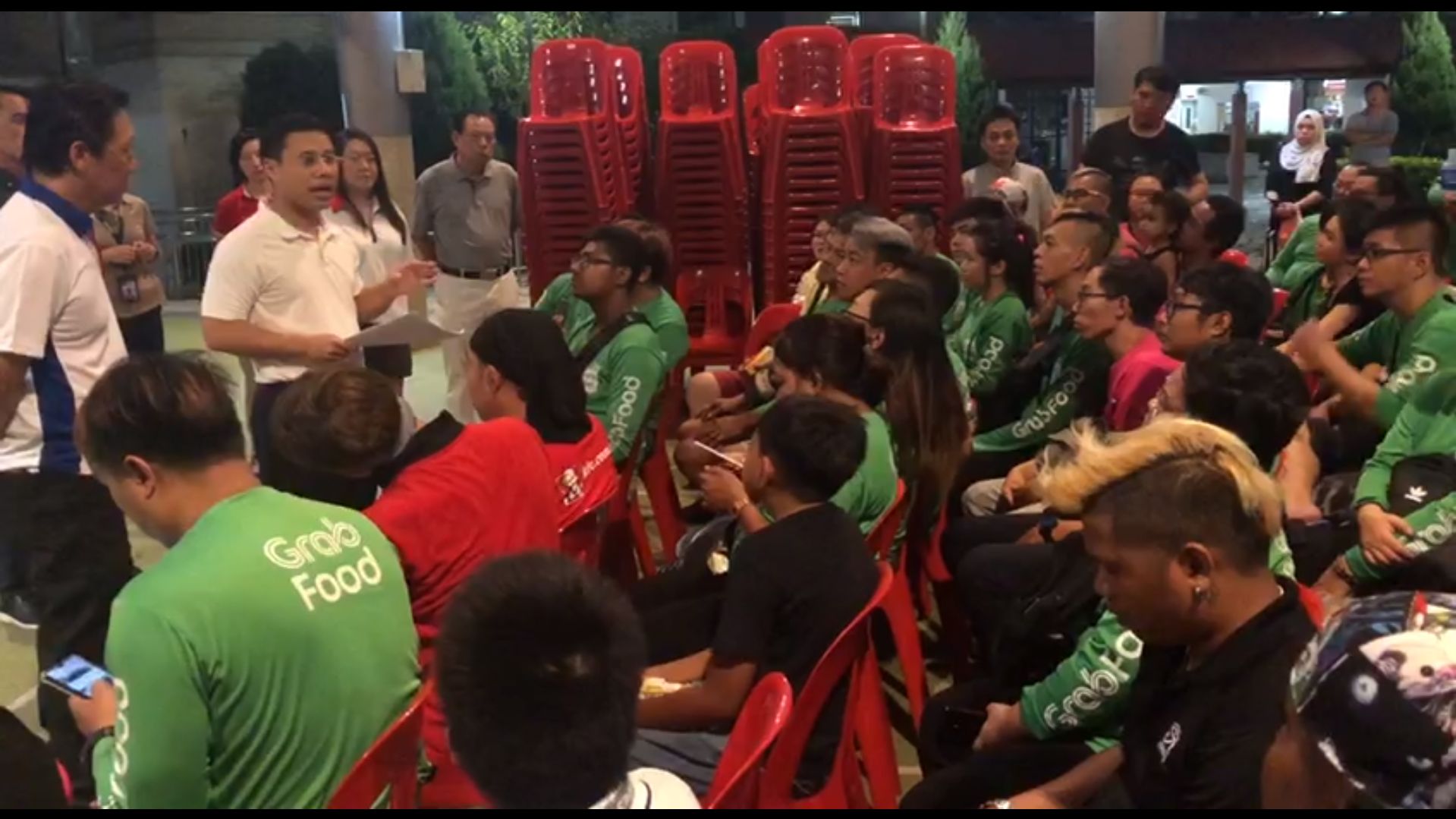 In a recent session with Social and Family Development Minister Desmond Lee at Jurong Spring, 50 deliver riders attended the meeting to voice their concerns, according to Channel NewsAsia (CNA).

Mitigation efforts are ongoing, as Mr Lee said they were discussing with bike-sharing companies around potential partnerships.

[Delivery riders] have genuine concerns, [about their] livelihood and income, and of course all the other related issues.

Among some of the riders’ concerns include unable to:

Not all are in agreement or sympathetic, however, as these comments on Facebook show.

“PMD is dangerous” to old folks and children, declares this Facebook user while asserting that the devices should be banned from walkways.

This commentator thinks that delivery drivers also contribute to the hazard through speeding. 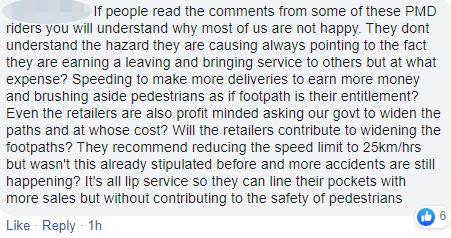 Meanwhile, the safety of the elderly and kids is paramount for this netizen.

Some are sympathetic towards riders’ plight

However, others think there can be a compromise made for those who make a living off making deliveries with their PMDs.

As a citizen who doesn’t own PMDs, this commentator feels strongly that food delivery riders should be able to use them for their work, providing they ride carefully. 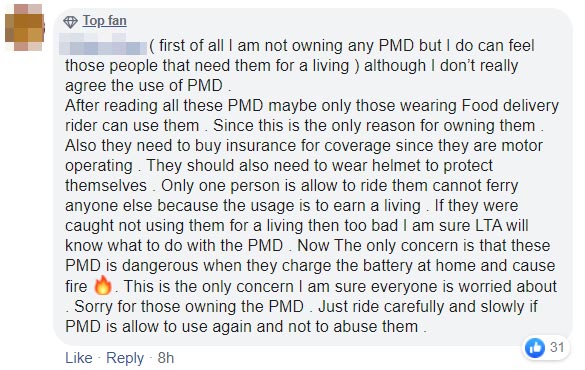 Another commentator thinks that the government should conduct a thorough study into social problems created by PMDs and come up with viable solutions for all parties. 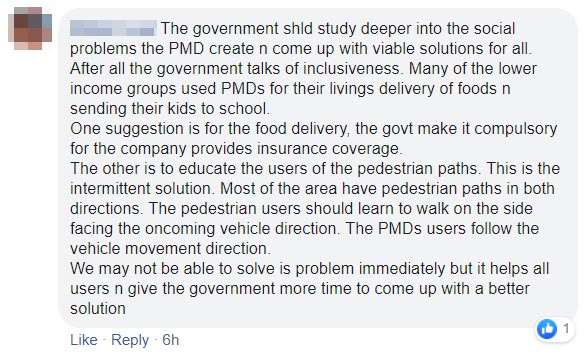 Hopefully compromise can be reached

The issue is quite complicated indeed, as this article shows: Some riders licensed their PMDs thinking a ban wasn’t forthcoming.

Ultimately, safety has to be paramount, and if there are bad actors among PMD riders, the impression Singaporeans have of them will only decline.

Yet, the manner of the ban has left many without a stable income overnight. The lack of a window before the ban took place is curious.

A balance has to be reached. Whether there have been accidents or fires, the fact remains that those affected by the ban or had an unpleasant encounter with a PMD cannot be left stranded – no matter the nature of the ban.