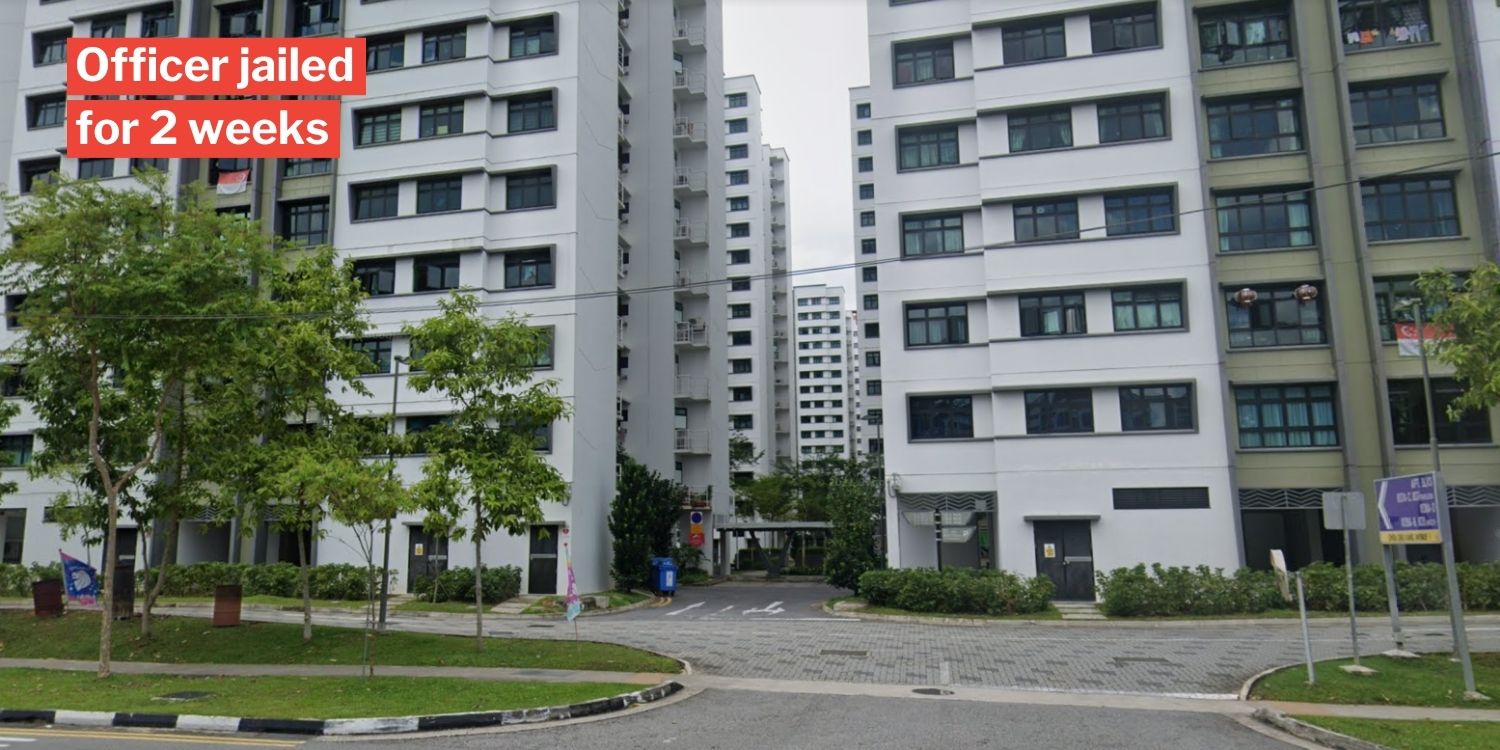 The car accident happened in 2017.

Car accidents are unfortunate occurrences that can happen to anyone. Even a police officer who upholds the law isn’t exempt from such mishaps.

On Friday (22 Oct), a police officer was sentenced to 2 weeks’ jail for negligent driving not amounting to culpable homicide.

He had collided with and subsequently driven over an elderly lady at Choa Chu Kang (CCK) Avenue 1. She passed away in a hospital hours later.

Police officer drives into elderly lady & knocks her over

The aforementioned car accident took place in 2017 when the police officer was exiting a multi-storey car park at Choa Chu Kang Avenue 1.

According to Channel News Asia (CNA), the officer had been driving along a 2-way service road towards the main road before the accident occurred.

As he was approaching the exit, the elderly lady crossed the road between two HDB blocks.

Though the court apparently heard that she would have been visible to the officer, he allegedly didn’t keep a proper lookout for pedestrians and turned and collided with the lady, who fell on the road in front of the car.

The collision created a loud sound, reportedly alerting a bystander at a nearby childcare centre to the accident.

Approaching the scene, the bystander allegedly tried to inform the police officer of the collision but to no avail.

The officer then proceeded to drive forward, running over the lady. CNA reported that the vehicle was moving at around 10 to 13 km/h.

Only after running over the lady did the officer realise what had transpired. He then tried his best to help the victim, calling the ambulance and cooperating with police investigations.

Despite his best efforts, the elderly lady had suffered multiple internal and head injuries. She was later pronounced dead in the hospital.

Jailed for 2 weeks & banned from driving for 5 years

CNA noted that anyone found guilty of a negligent act not amounting to culpable homicide could face jail time of up to 2 years, fined, or both.

After pleading guilty to this offence, the officer was sentenced to 2 weeks in jail.

Despite his best efforts, the police officer’s one mistake had taken one life away.

We hope that the affected family can find some closure after this sentencing.