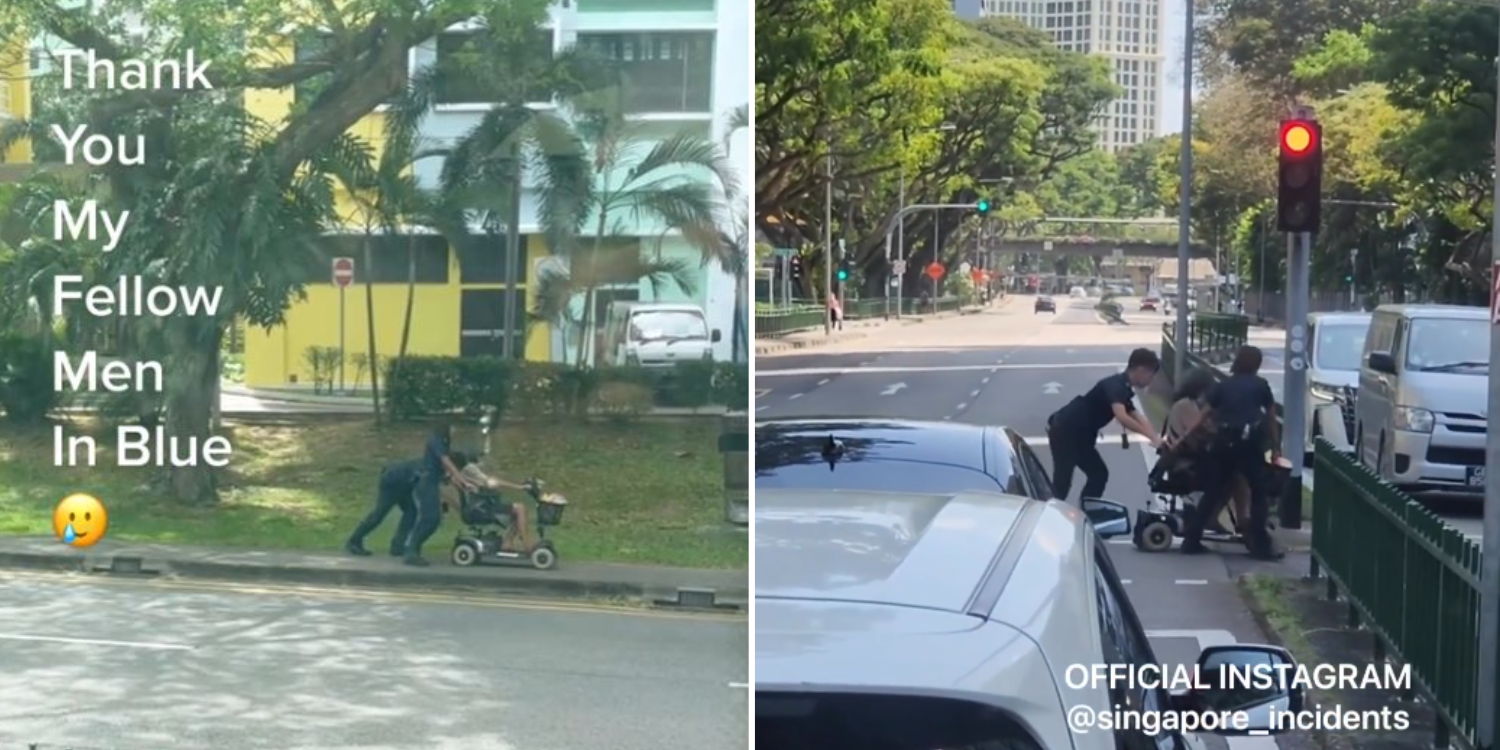 The police officers sent the elderly man home before resuming their duties.

Besides fighting crime and maintaining law and order, police officers can also be relied on to help those in need. 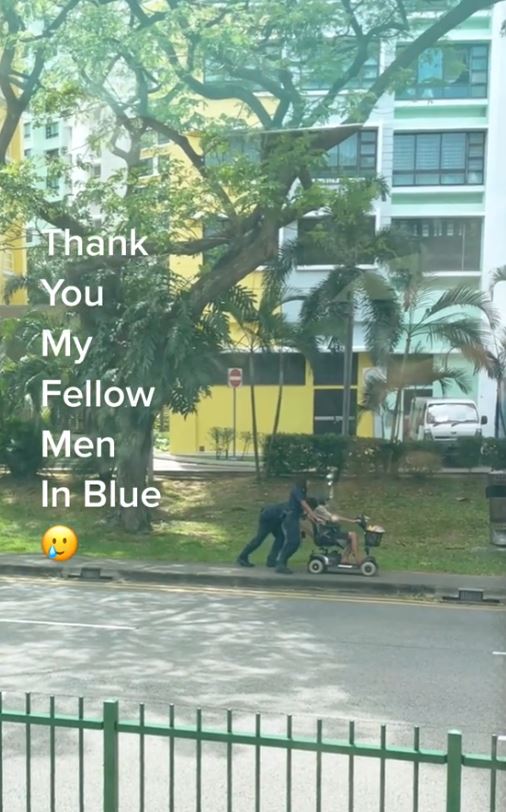 The senior on the PMA was stranded after his mobility device ran out of battery. So these kind officers came to his rescue.

A middle-aged man was seated on the PMA. The basket in front of the device was also filled to the brim. 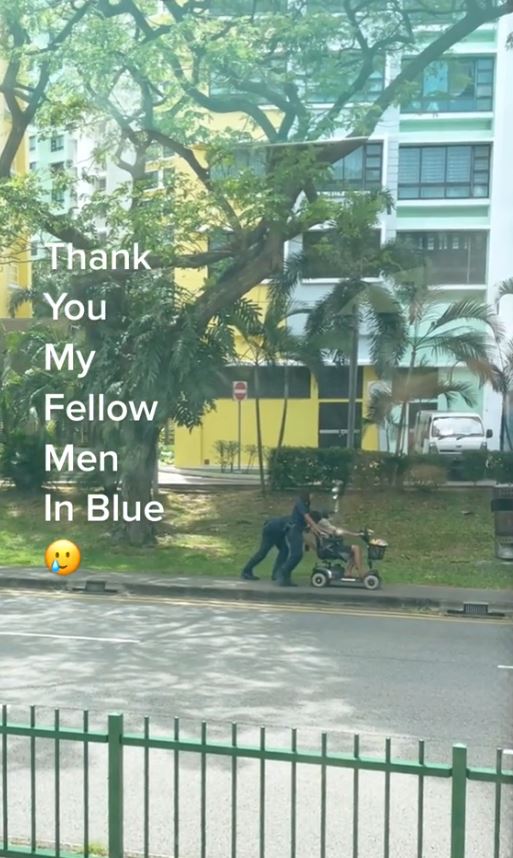 In the caption, Herman praised the officers for the “good deed” and thanked the men in blue for going the extra mile.

Another clip shared on the Singapore Incidents Instagram page showed the same two officers pushing the PMA user across a pedestrian junction along Ganges Avenue.

The task appeared to be physically demanding as the male officer was seen leaning his entire body against the mobility device, similar to one’s position during a sled push exercise.

The video cuts off just as the PMA reaches the halfway point of the traffic junction, the exact moment the traffic light turns green.

In response to MS News‘ queries, an SPF spokesperson said the incident took place at about 11.55am on Tuesday (17 Jan).

The officers received a call for assistance at Ganges Avenue and came to the aid of the 70-year-old man.

It turns out that the elderly man was left stranded as his PMA had run out of battery.

Aware of the man’s predicament, the police officers sent the man home before resuming their duties.

Kudos to the police officers for going out of their way to help the elderly man. We hope he managed to get home safely and without significant delays.

Featured image adapted from TikTok and @singapore_incidents on Instagram.