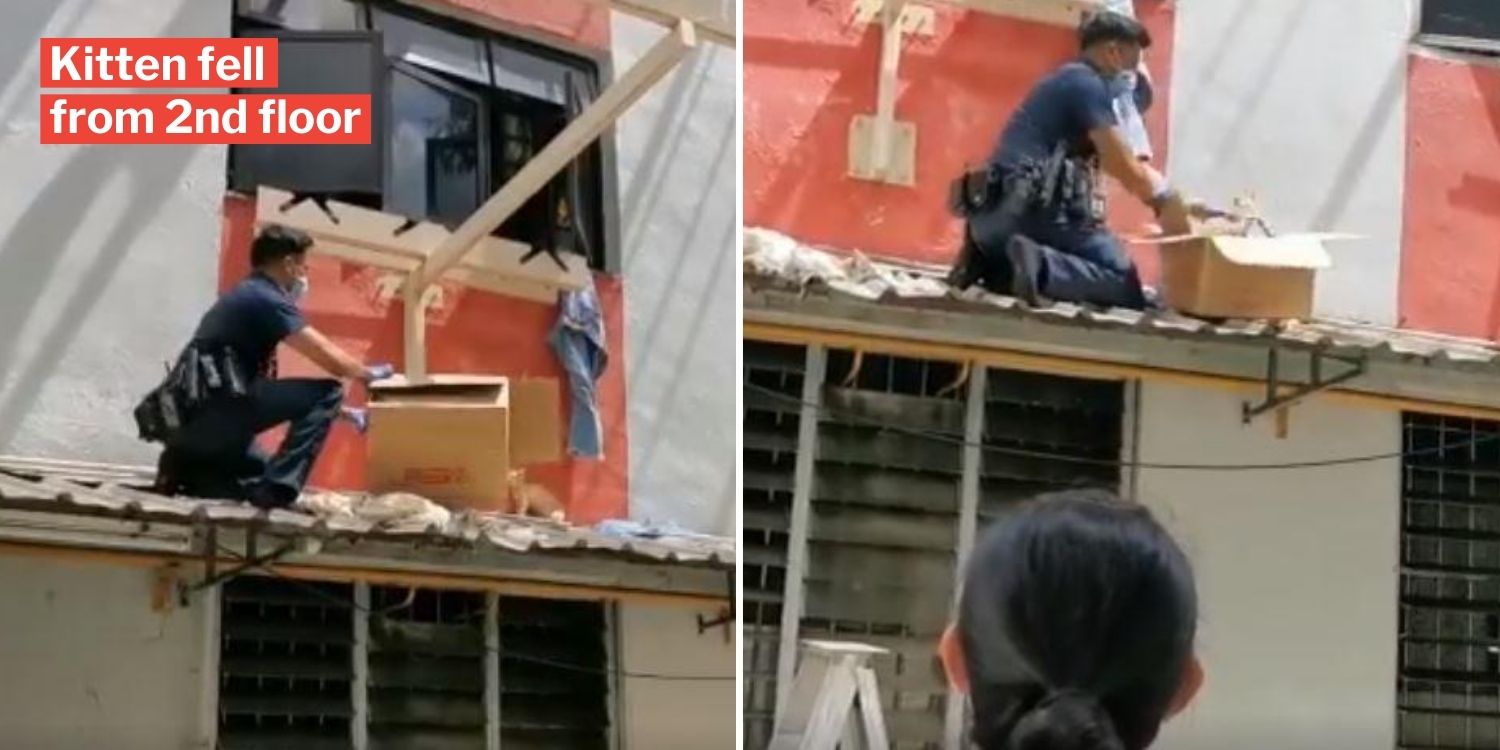 He rescued the stranded kitty.

The men and women of the Singapore Police Force (SPF) are our everyday heroes, but not just to the country’s people, it seems.

When a tiny kitten was in distress outside the second floor unit of a Marsiling HDB flat yesterday (25 Aug), a heroic policeman came to its rescue.

Sharing a clip of the delicate operation, Facebook user Ms Siau praised him for his assistance.

There’s a good reason why cat owners are advised to safety-proof their homes, especially their windows and gates.

Cats are naturally curious creatures, and pretty nimble too, so they can climb and reach any spot if they try hard enough.

Probably fascinated by the outdoors, this furry ginger baby went up to and out of its owner’s second floor HDB unit, landing on the zinc roof of the ground floor unit right below.

Initially, it tried to climb back up via the hanging pair of jeans, but struggled and failed.

The policeman who was already on the roof kept his eye on the kitty, while slowly scooting over with a cardboard box in his hand.

How he got up there is unclear, though he could have used any object down below to give himself a boost.

Policeman waits patiently before getting hold of kitten

After getting close, he didn’t seem to be in a rush to capture the kitten, but held the open box in front of him, to coerce it in.

The move was good thinking on his part as the feline was likely a little fearful.

But when the kitten tried to make a run for it, he eventually picked the small creature up, quickly put it in the box, and folded the flaps in. He then passed the box to an uncle who had climbed up a ladder, to carry the kitten back to safety.

Seeing the events unfold and the kitten in safe hands, onlookers audibly cheered and clapped for the policeman.

If this incident proves anything, it’s that the SPF will always try their best to serve us in any time of need.

So we as citizens of the country should trust and respect them for carrying out their duties.

Whatever your emergency may be, remember that they’re only a call away.