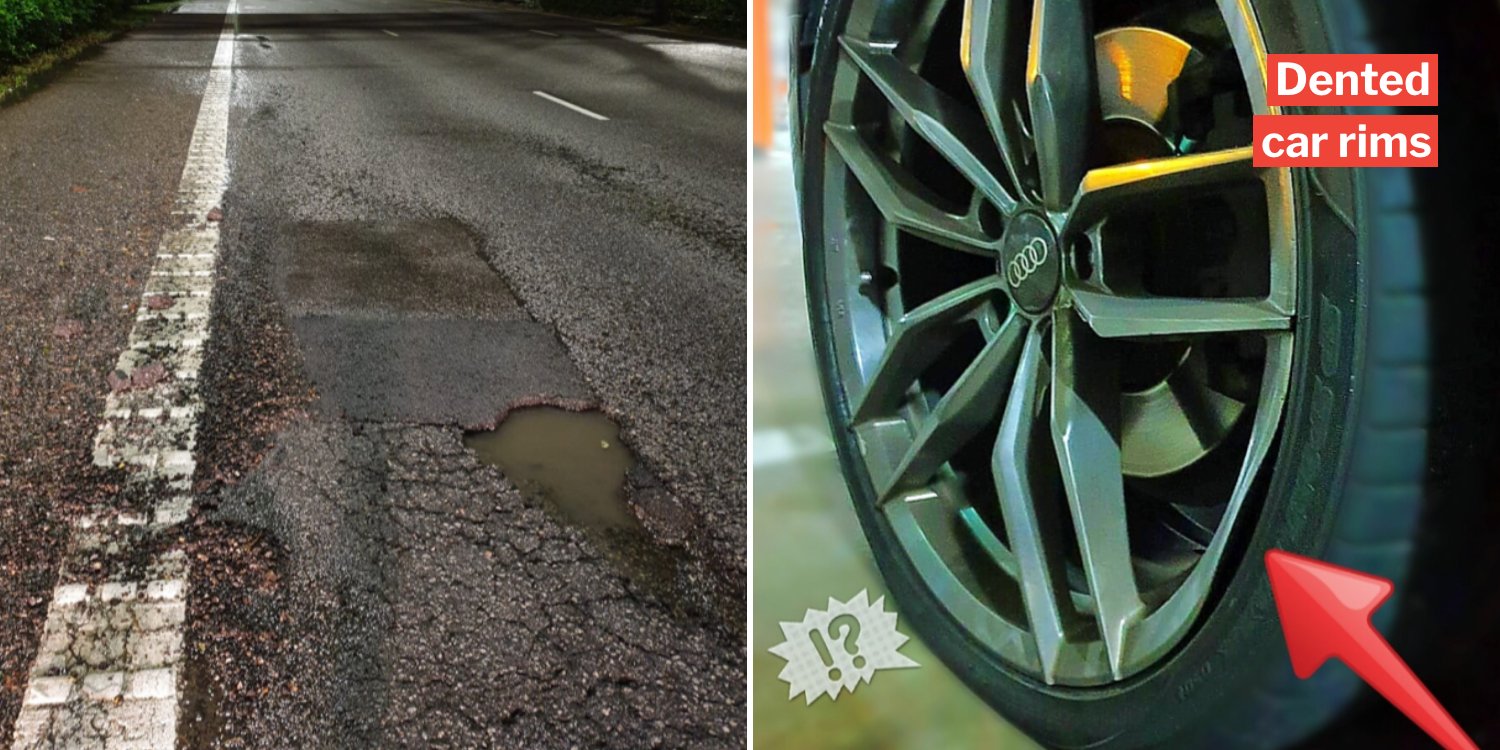 The drivers managed to fit an umbrella inside one of the potholes.

Potholes pose a hazard for road users as they may be hard to notice until it’s too late.

On Tuesday (12 Jan), an unlucky Singaporean shared how her car was damaged when it ran into 2 giant potholes on the Pan-Island Expressway (PIE) and another along Tampines Avenue 4. 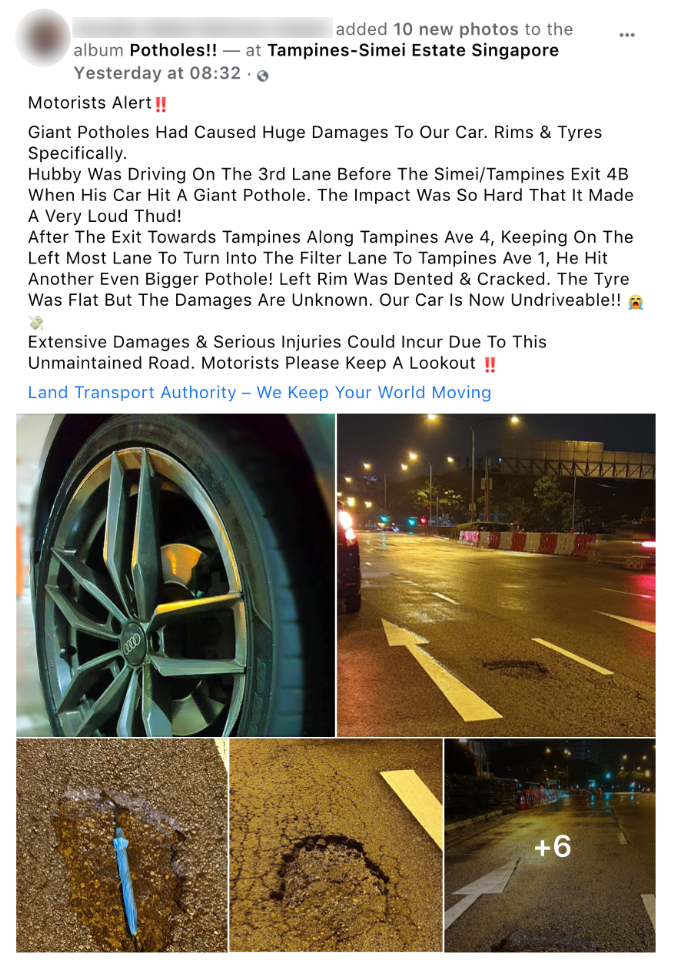 The impact allegedly left one of the car’s rims cracked and dented.

In the Facebook post, a woman said her husband was driving on the 3rd lane of PIE towards Exit 4B near Tampines when the car hit a giant pothole.

Those in the vehicle apparently heard a loud thud as the car struck the pothole. 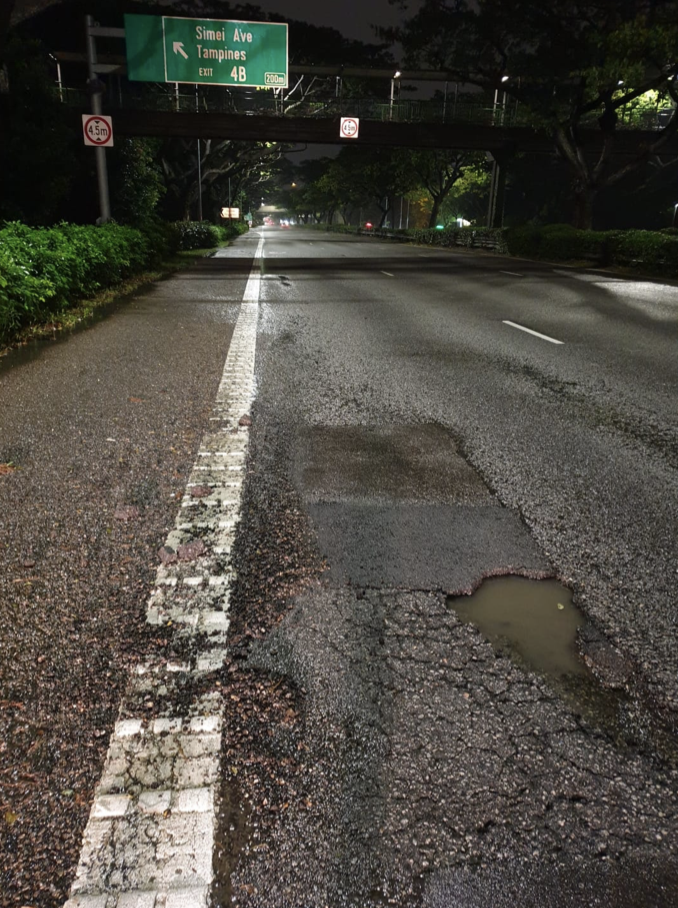 Unfortunately, this wasn’t the end of the couple’s ordeal as they encountered a bigger pothole later along Tampines Avenue 4 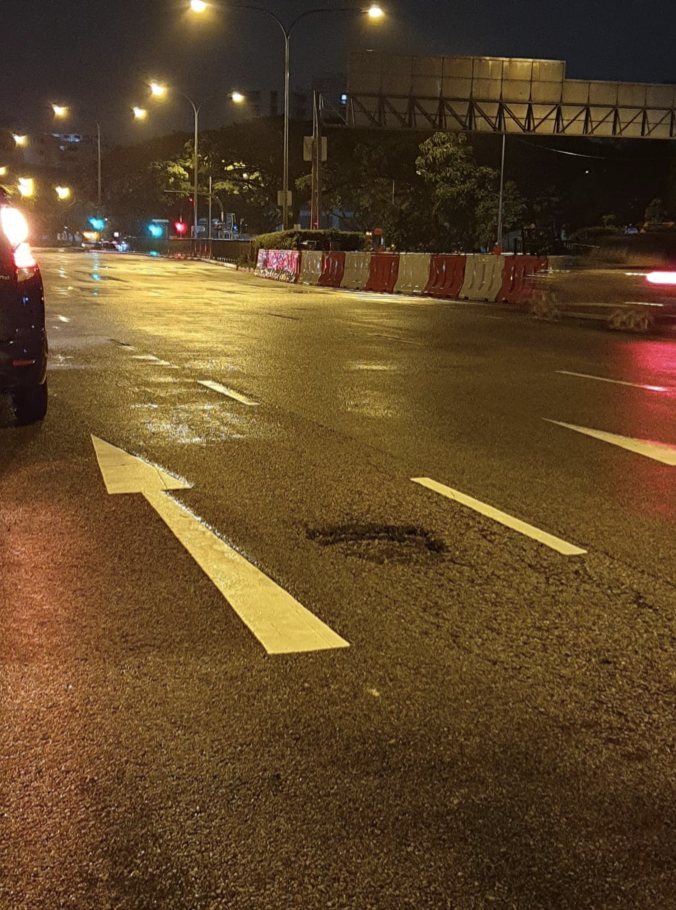 The couple even managed to fit an umbrella inside the pothole, showing just how huge it was. 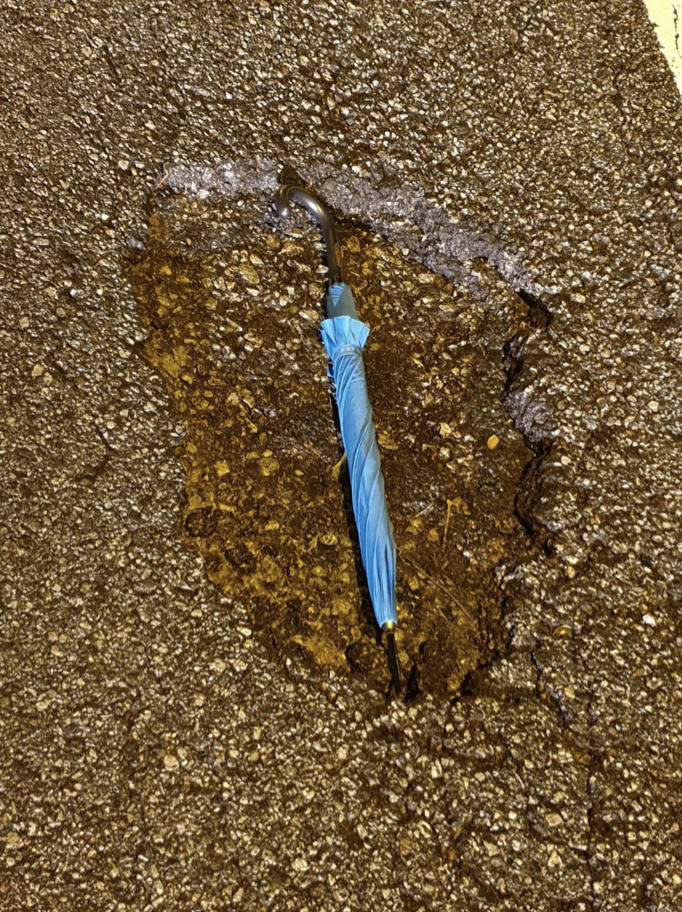 Later as they inspected the car, the couple found that one of the rims was dented and cracked. 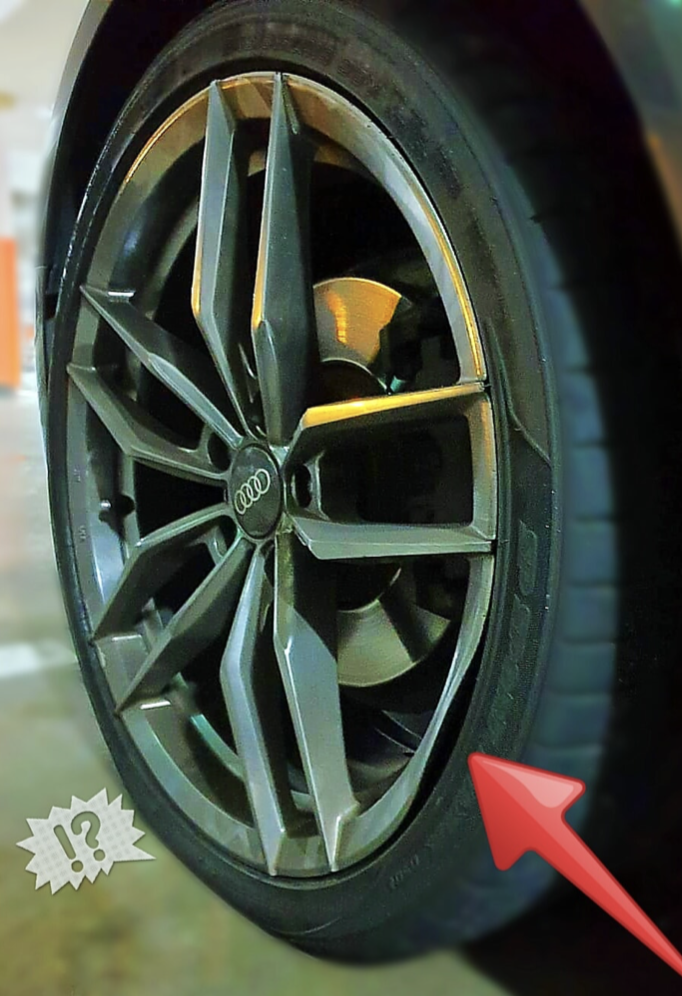 The lady ended her post with a warning for fellow motorists to be on high alert for similar road hazards.

MS News understands that the relevant authorities are currently fixing the potholes.

Potholes can appear after heavy rain

The constant showers here in Singapore may contribute to potholes forming on our roads.

According to the American Public Works Association, rain can seep through cracks on the road surface, softening the soil underneath. 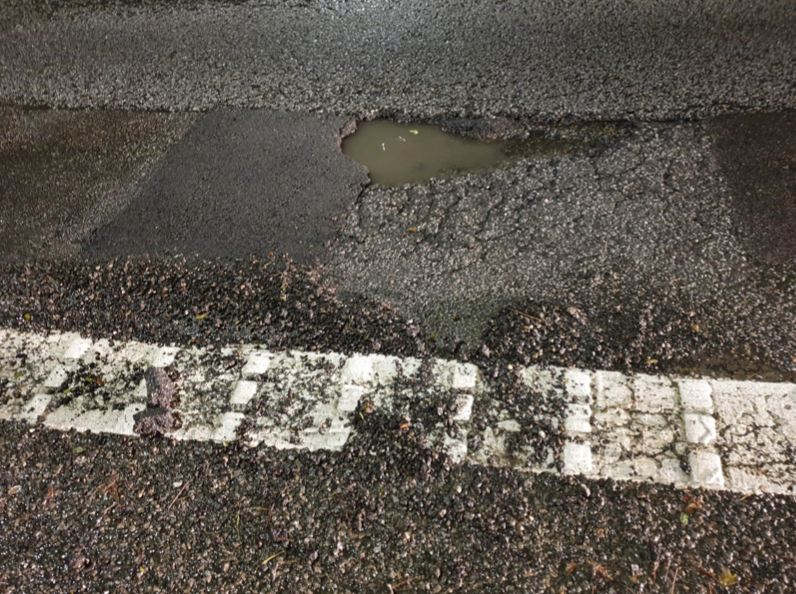 Vehicles driving over these weakened surfaces may cause indentations which end up as potholes.

Should you encounter such road hazards, do report them to the Land Transport Authority (LTA).

Doing so will help the authorities identify and patch these potholes up ASAP.

Stay alert while on the road

It is always a good idea to stay alert at all times while on the road.

With rainy weather persisting in January, potholes on the road may become even more common.

Should you encounter any, do remember to report them to LTA for the safety of other road users.