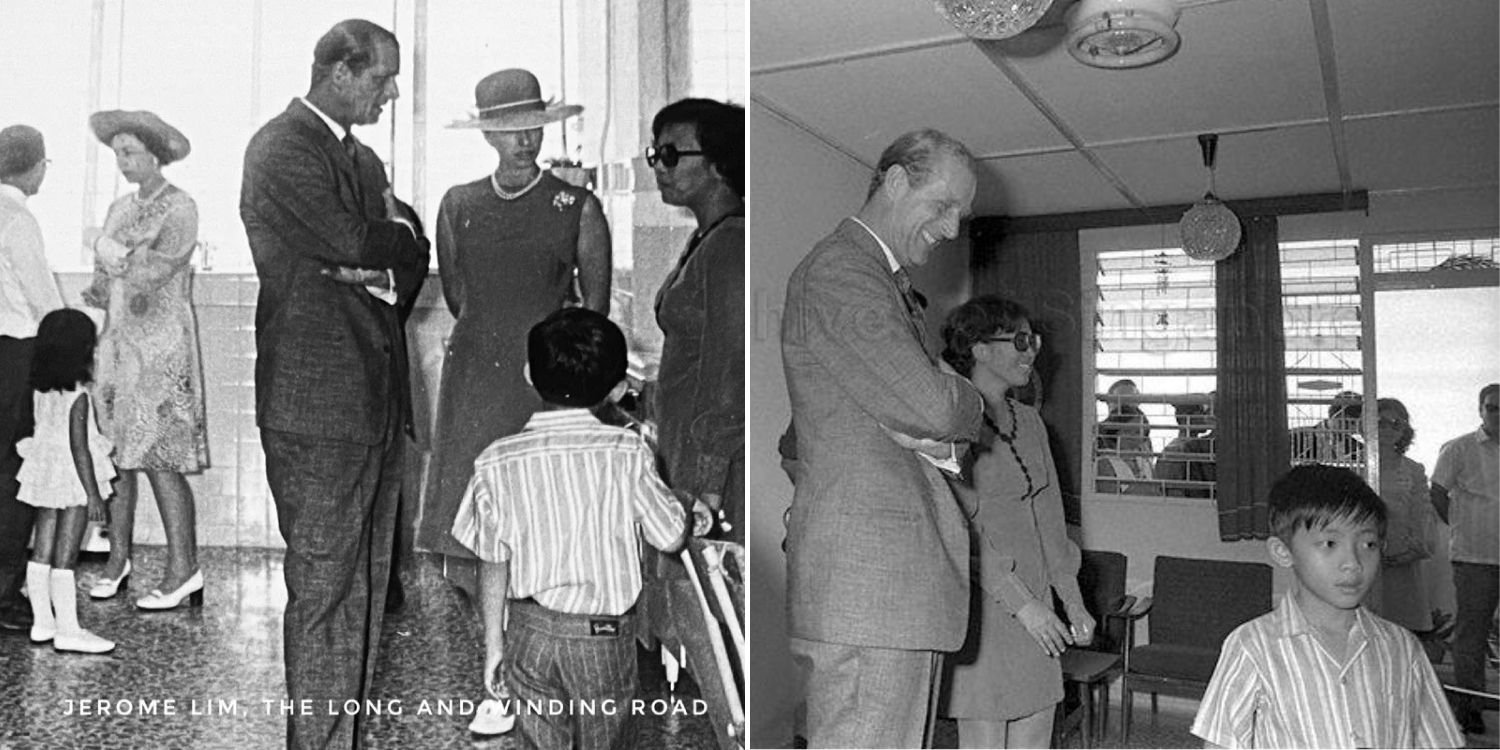 The United Kingdom’s Prince Philip sadly passed away on Friday (9 Apr), at the age of 99.

But not without leaving his mark on Singapore during his 5 visits here as Queen Elizebeth’s husband.

On 2 of those occasions, he graced the flats of ordinary Singaporeans with a visit, and one remembers him fondly. In the photo, we can also see the Queen and Princess Anne. How did the royals wind up in his flat? Read on to find out.

When Prince Philip visited Singapore for the 2nd time as Queen consort in 1965, he was taken to an HDB flat in Queenstown.

There, he posed delightedly with the lucky occupants, the See family.

During the trip, Prince Philip also met our late founding father Lee Kuan Yew during an official reception at the Istana.

Royals taken on tour of Toa Payoh in 1972

Prince Philip must have enjoyed his visit to Queenstown, as the next time he came, they brought him to another HDB estate.

The year was 1972, and this time he was with his wife, the Queen, and his daughter Princess Anne. 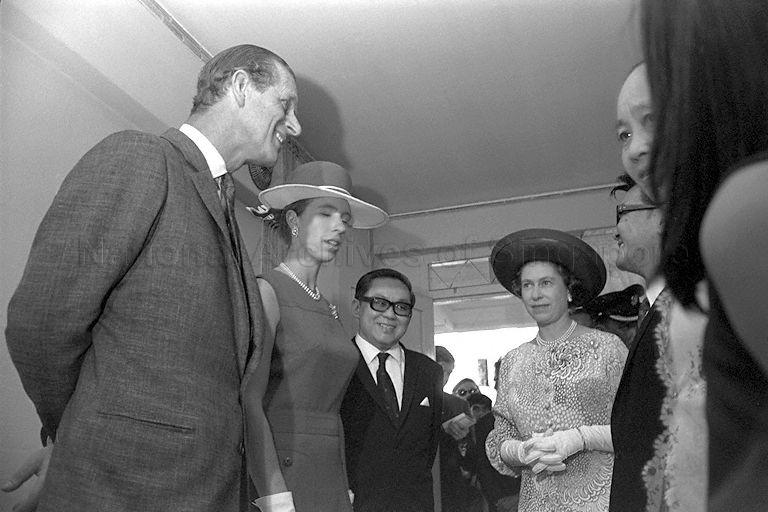 Prince Philip with Princess Anne (2nd from left) and the Queen (4th from left).
Source

They were taken on a tour of Toa Payoh estate, built in 1966 and one of the 1st new towns in Singapore.

Residents lined their corridors to catch a glimpse of the Queen, her tall and handsome  husband and beautiful daughter. 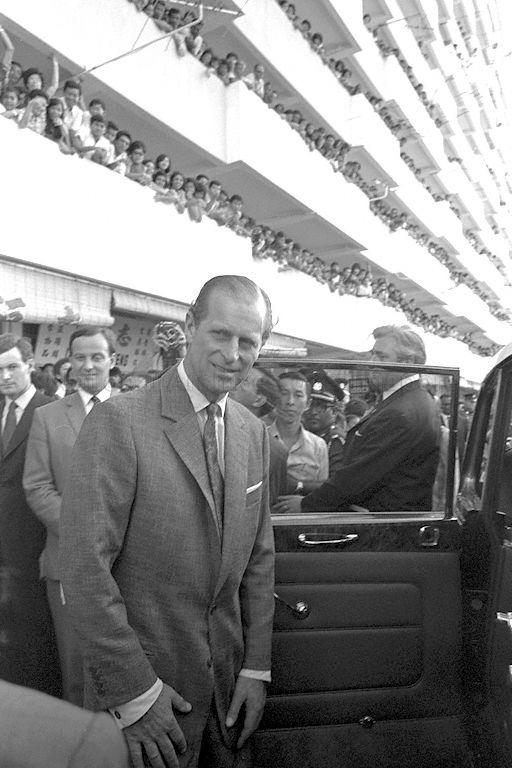 Then, they paid a visit to Block 53. This is what the block looks like now. 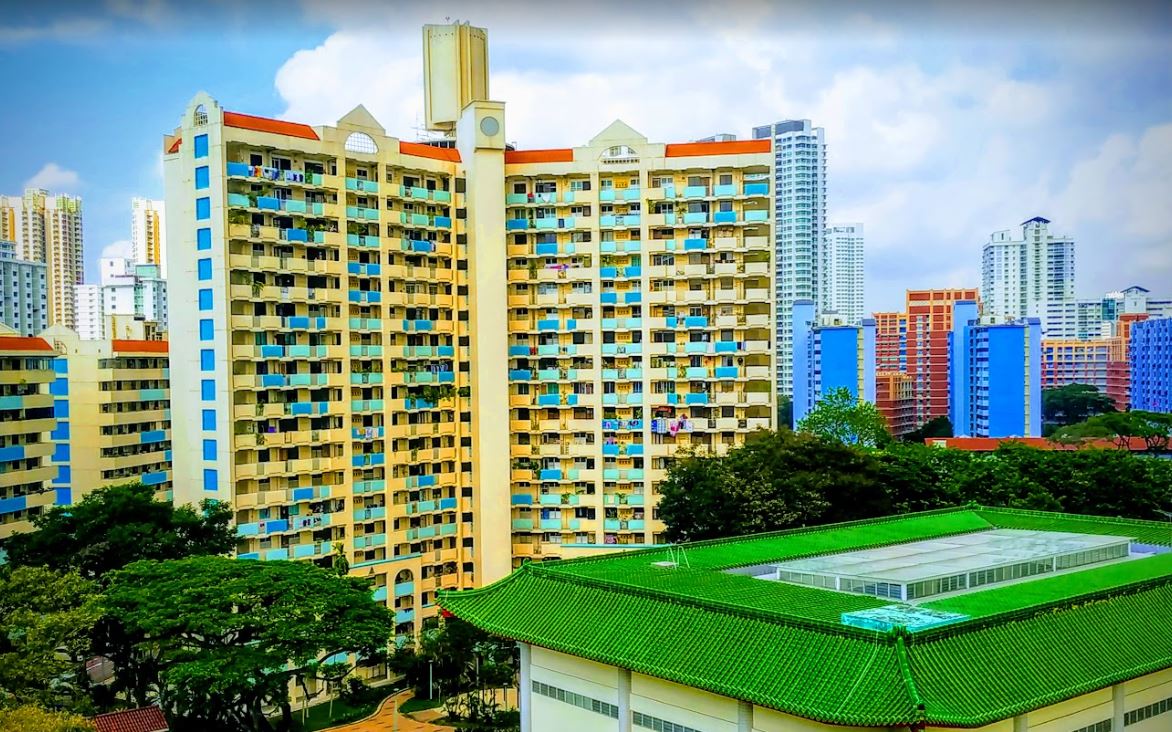 The royals went to a unit on the 18th floor. According to the National Archives of Singapore (NAS), this was the 3-room flat of teacher Lim Cheng Kee.

It was also the home of a boy of just 7 years old, named Jerome Lim.

As the royal family entered the flat, they seemed somehow interested in the retro TV set. 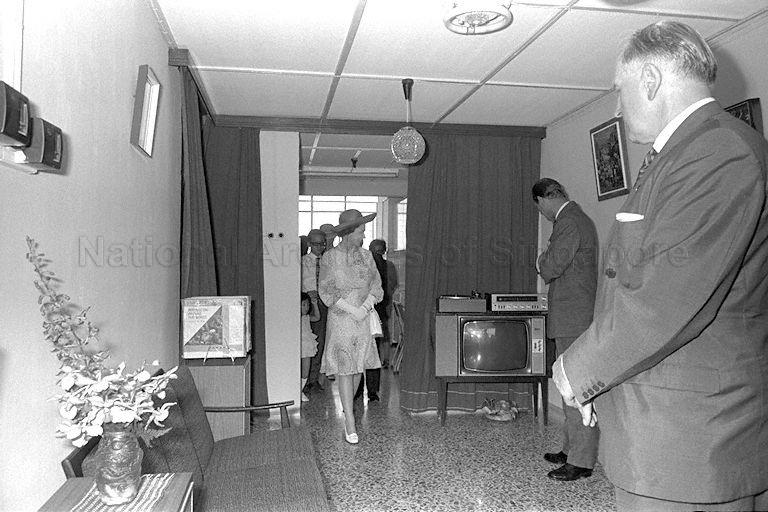 As with any child having strangers come to their house for the 1st time, Jerome may have been a bit shy at first, as he peeked at the visitors from around the corner. 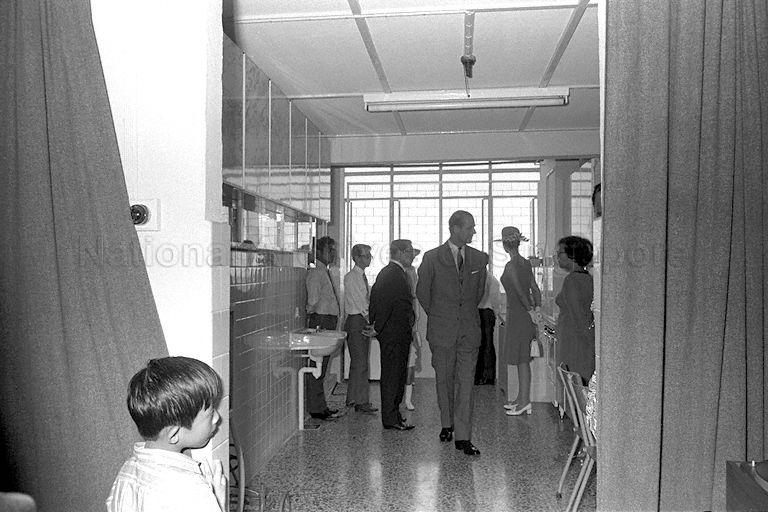 Pretty soon, though, the atmosphere warmed up, with the Prince visibly delighted to see the cute boy in the striped shirt. 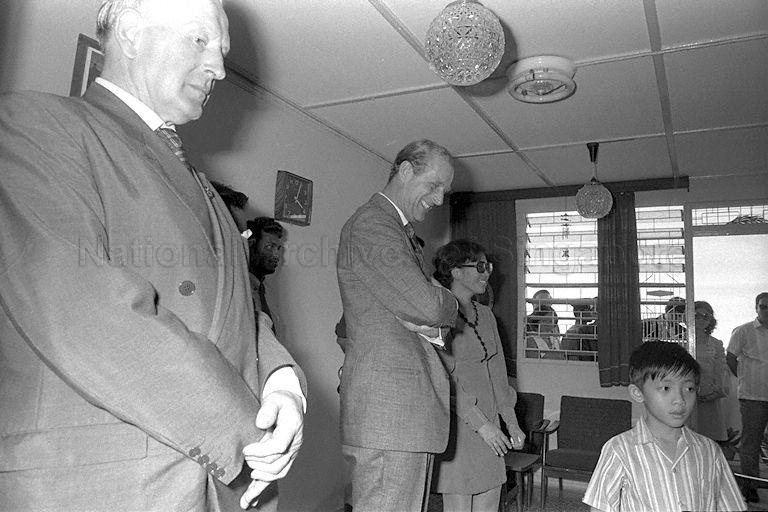 Jerome ended up like one of the royals himself, conducting a seemingly deep conversation with the Prince and Princess Anne. It seems that even though the flat was considerably smaller than their usual digs of Buckingham Palace, the Prince and his family found themselves right at home. 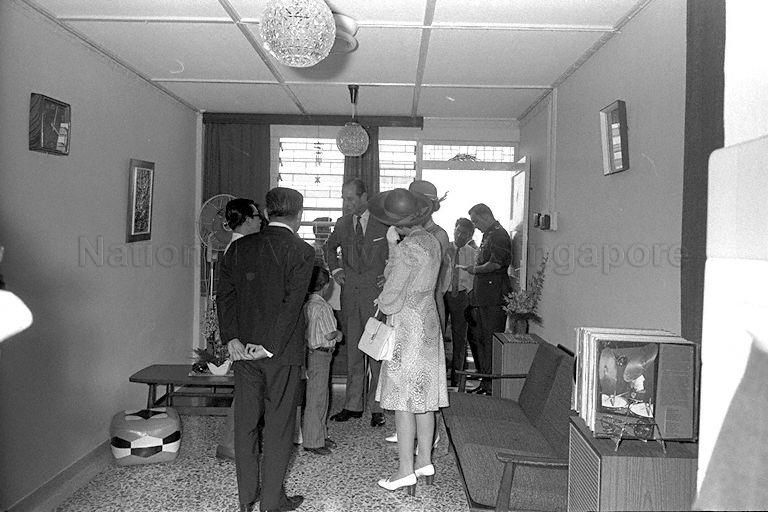 Toa Payoh resident recalls ‘looking up’ to the Prince

Mr Lim shared a photo of the occasion in an Instagram post shortly after the Prince’s passing was announced, wishing he would rest in peace.

He captioned the photo as him “looking up” to the Duke of Edinburgh, who was 1.83m tall and must have seemed like a giant to the boy.

An amazed netizen asked him whether that was Princess Anne in front of him in the photo, to which he replied that it was indeed. Flat was chosen to show off Singapore’s public housing

Another netizen asked Mr Lim why the royals visited his flat, and he replied that it was part of a programme to show off Singapore’s public housing efforts to visiting VIPs. 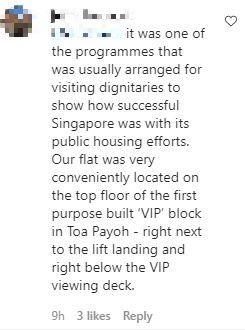 His block was purposely built for such VIP visits, he added, and his flat was in a strategic location – on the top floor, next to the lift landing and right below the VIP viewing deck.

However, while not surprising, the royal visit must have still felt like a rare honour. 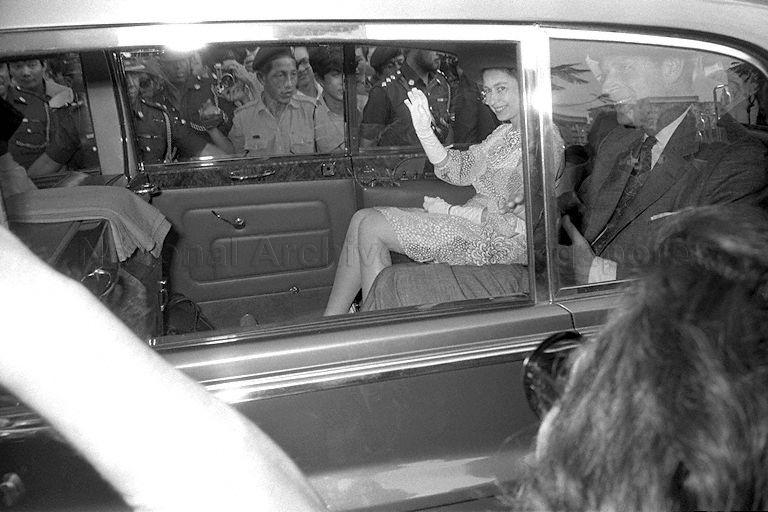 Check out this old newsreel from Channel 8 on the Queen’s visit to Toa Payoh:

Perhaps because of his family home’s place in Singapore’s history, as well as UK’s history, Mr Lim is now a heritage enthusiast.

His blog, The Long And Winding Road, and Facebook page of the same name are a veritable repository of photos and memories of Singapore’s past.

He was also featured on Life! as the co-author of an upcoming book, Secret Singapore, on obscure places in our country that are rich in heritage. 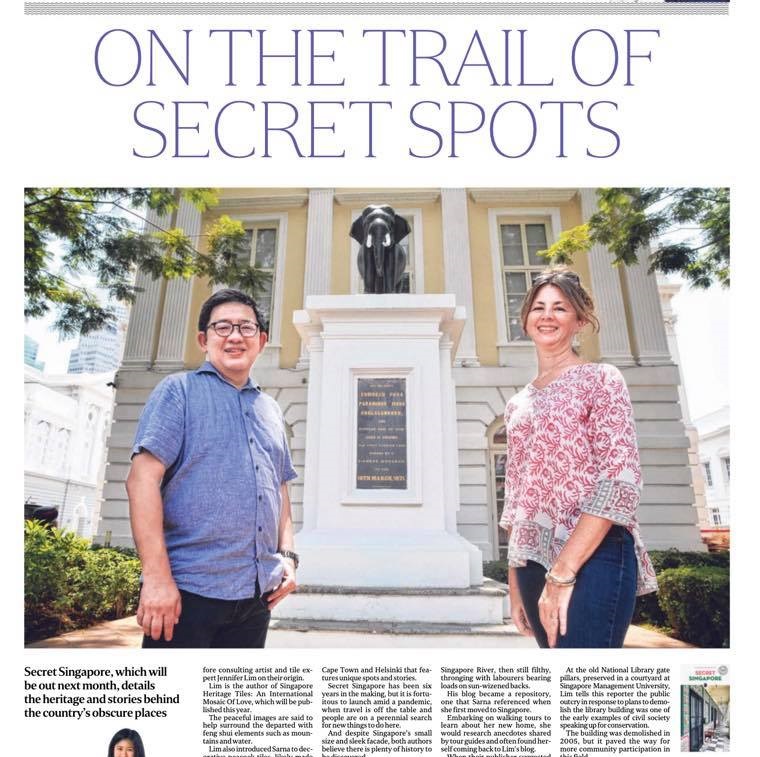 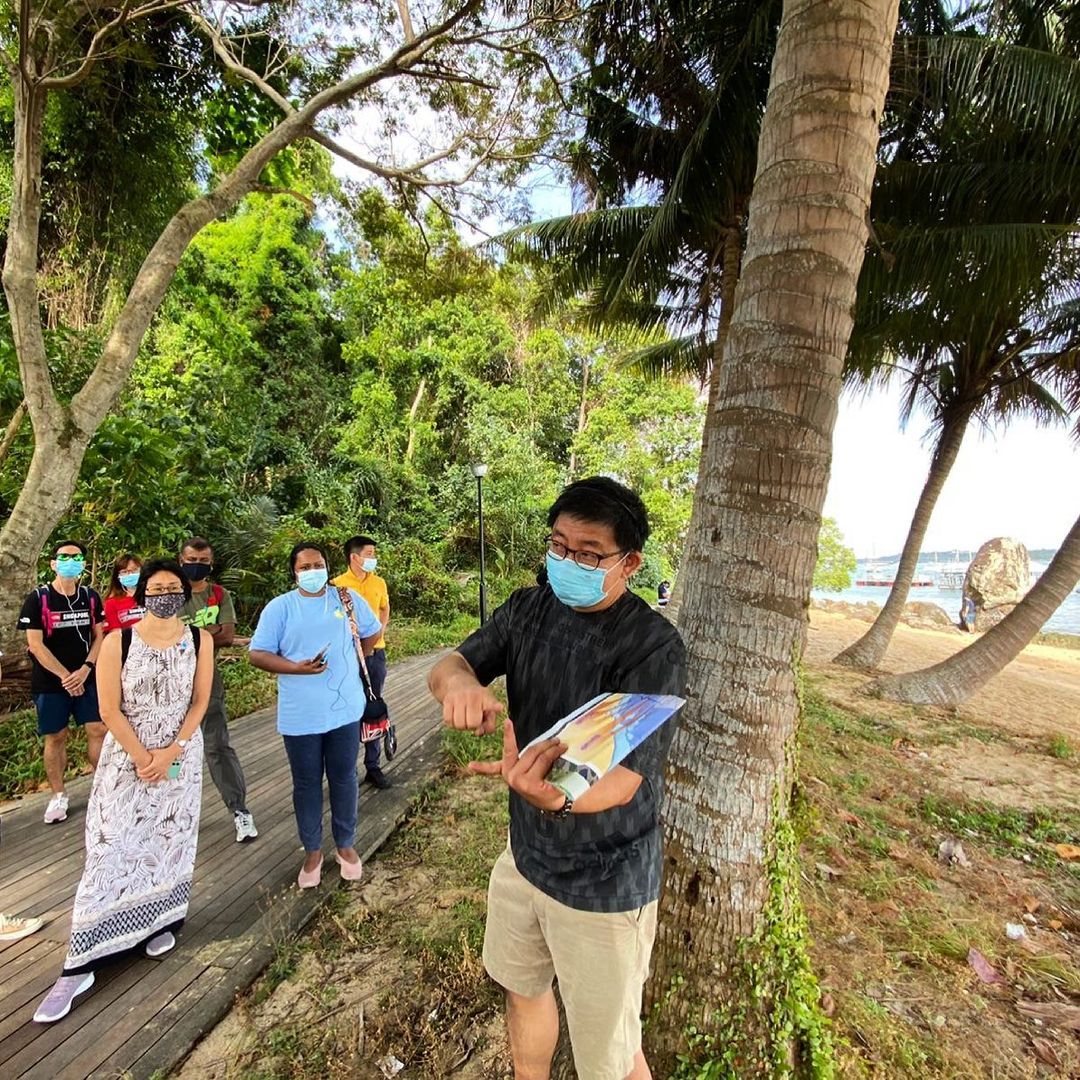 We think it’s quite a remarkable journey from a 7-year-old boy to one of Singapore’s foremost history authorities.

A visit with great impact

Even though Singapore hasn’t been a British colony for some time, the impact of the British monarchy can still be felt today.

At least, Prince Philip’s visit to Mr Lim’s flat may have inspired him to know more about Singapore’s history and become a valuable resource for history buffs.

His memory lives on in Mr Lim’s and our hearts. Our heartfelt condolences go out to the Royal Family, and may he rest in peace.

Featured images from Instagram and National Archives of Singapore.