Driver Stranded In Tampines Due To Punctured Tyre, Foodpanda Deliveryman Helps To Fix It 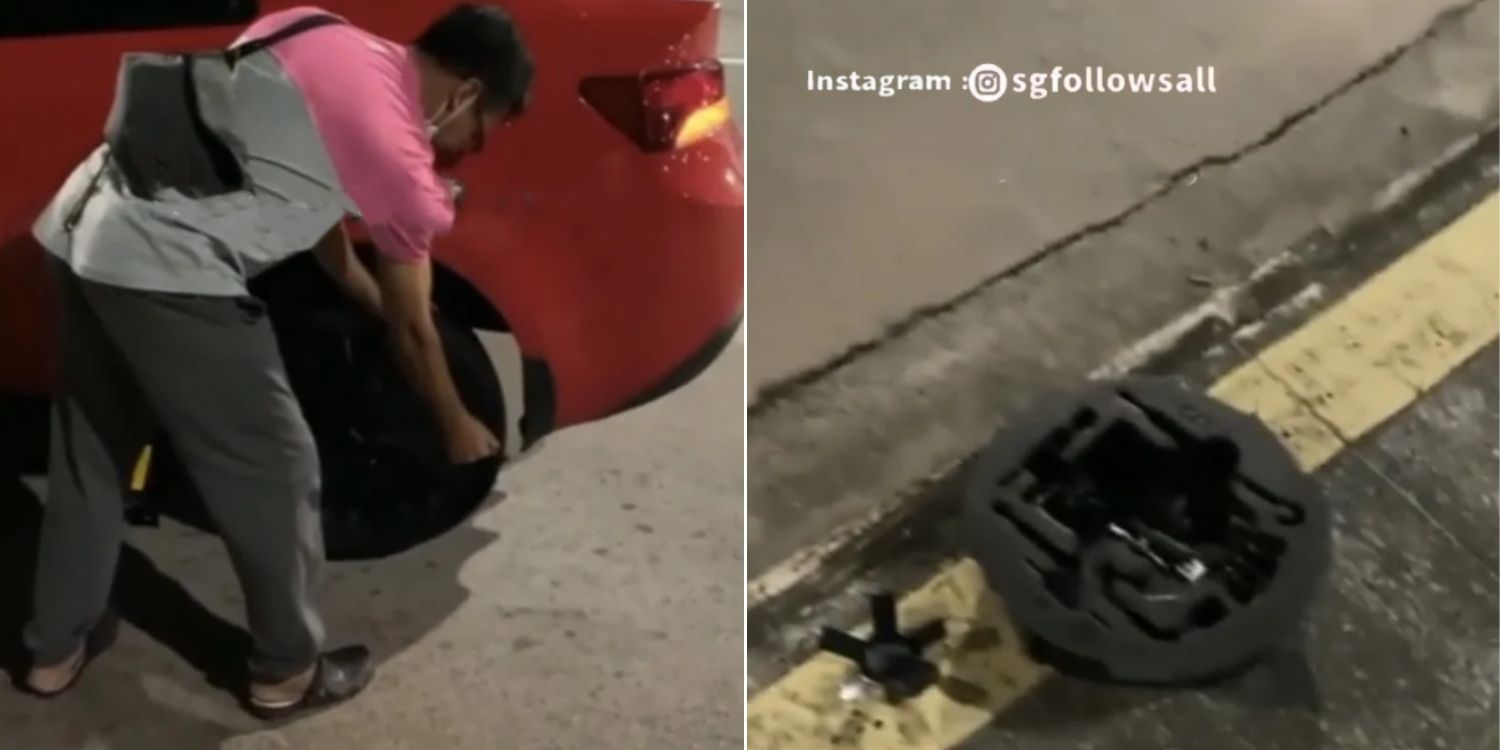 The deliveryman also offered to teach the driver how to do it.

When drivers encounter a punctured tyre while travelling, they’d usually call someone for help or fix it on their own. However, not everyone may be ready to handle such emergency situations.

In a recent post on Instagram by Sgfollowsall, a netizen shared about being stranded for an hour after the tyre on his car punctured.

Thankfully, a Foodpanda deliveryman who noticed the driver in distress decided to come over and lend a helping hand.

The caption to the post states that the incident happened in Tampines, likely on Wednesday (14 Jul). The driver who submitted his story described how he was stranded at the roadside due to his flat tyre.

After an hour or so, a Foodpanda deliveryman who happened to be passing by stopped to ask what had happened.

Upon understanding the situation, he offered to fix the punctured tyre for the driver. According to the caption, this took up an hour of the deliveryman’s time. 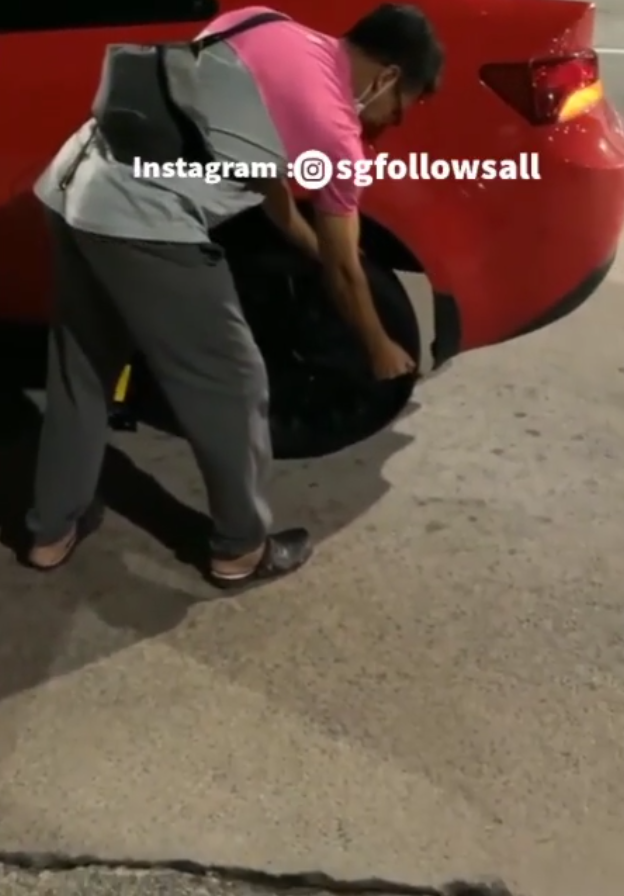 Though the driver initially thought of calling for help, the Foodpanda deliveryman said the driver didn’t have to, as he knew how to fix the tyre.

He apparently said that he would rather do it for free than let the driver spend money on professional assistance.

Offered to impart skills to driver

A portion of the clip shows what looks like tools by the roadside, though it’s unclear where those came from. As the deliveryman set about fixing the tyre like a pro, he offered to teach the driver some useful skills, which he has apparently imparted to many youths.

Moved by the deliveryman’s generosity, the driver decided to share his story and praise the kind stranger for being a “really solid guy”.

While delivering food can be an exhausting job, this deliveryman sure didn’t let that stop him from taking time out of his day to help someone in need.

Kudos to the Foodpanda deliveryman, for going above and beyond to help the driver. We’re sure he’s deeply appreciative of the gesture.

We hope this would inspire more people to spread kindness around.