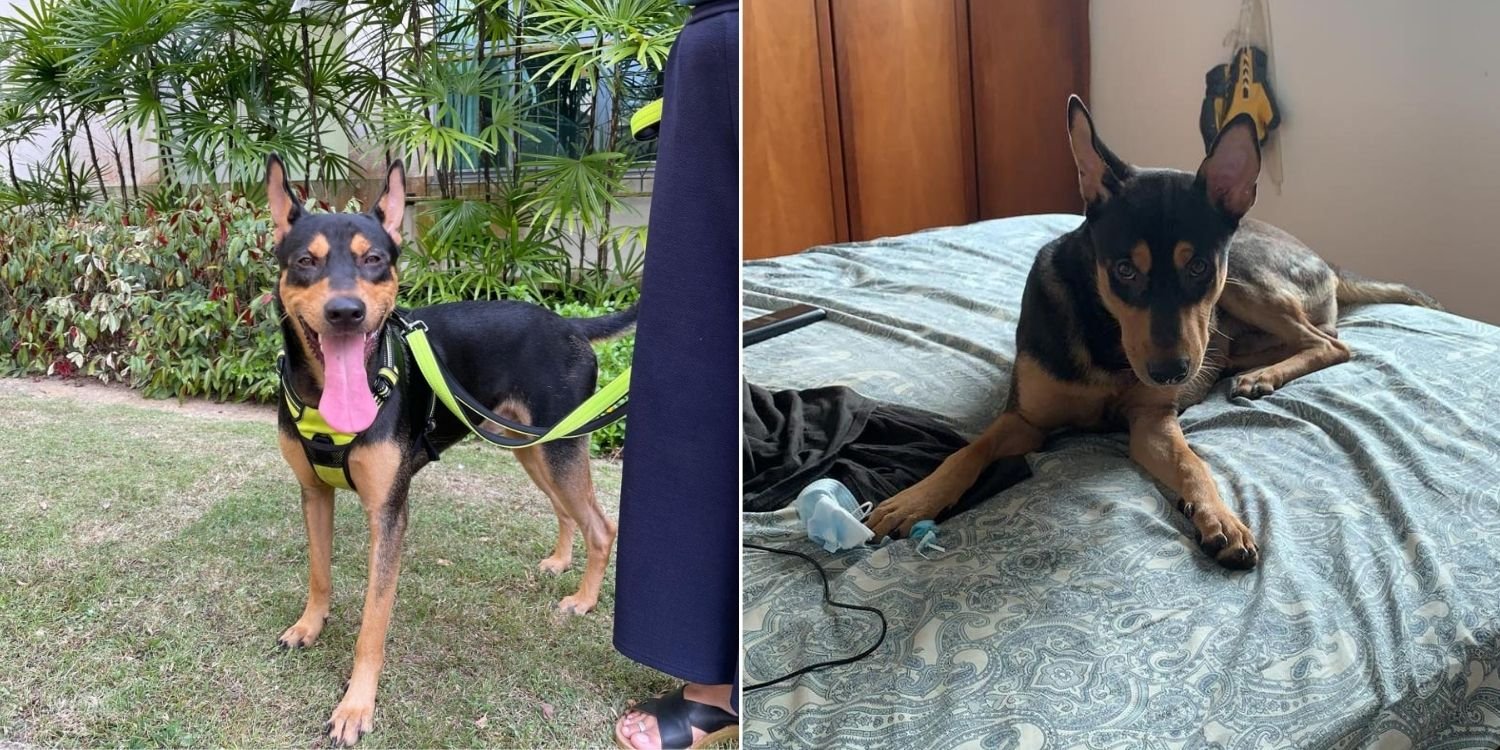 Pup Needs A Home By This Weekend After Owner Passes Away

While more people have been looking into adopting dogs, unfortunate situations could happen, causing the dog to have to find new owners again. That sadly happened to a pup named Tommy who currently needs a new home after his owner passed away.

Exclusively Mongrels Limited took to Facebook to post about Tommy the pup’s predicament. Despite their post stating his age as 9 months, they told MS News that he’s 10 months old.

Though Tommy was adopted a couple months back, his owner recently passed away due to a cardiac arrest.

The organisation has since been on the search for someone to temporarily foster or adopt Tommy by this weekend. 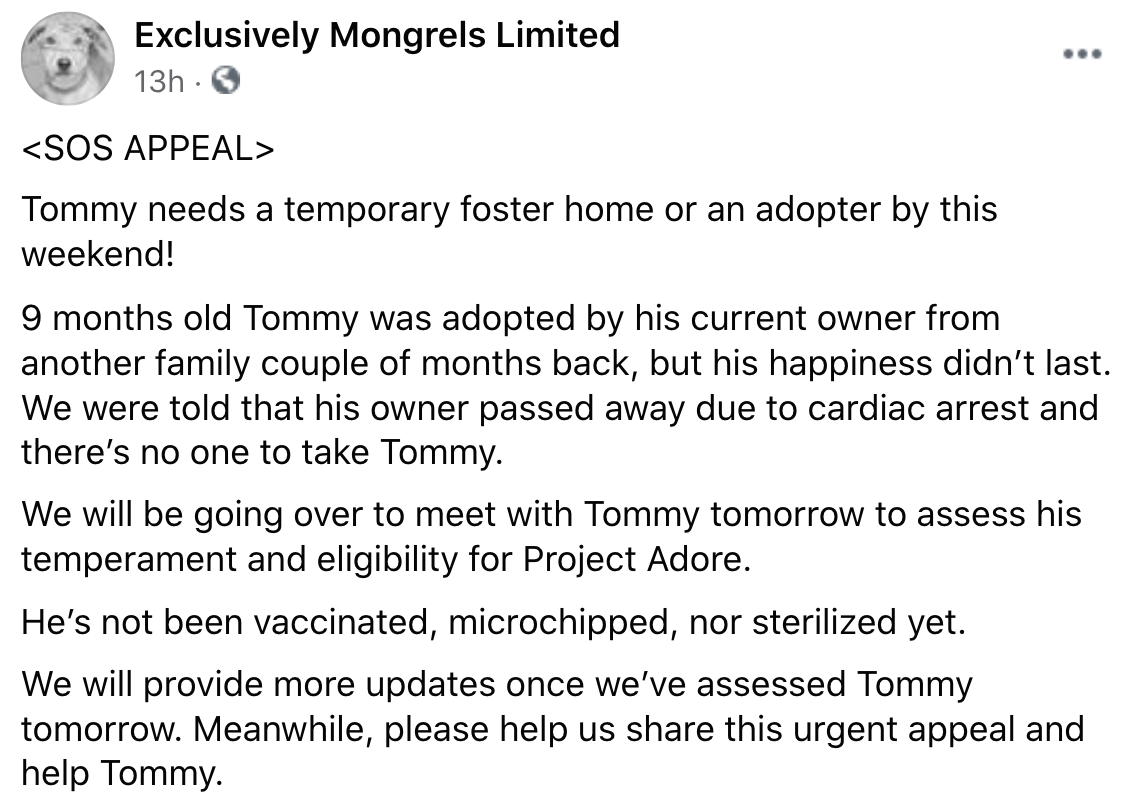 Due to complaints from neighbours, Tommy needs a new home urgently.

Pup has to be readopted after owner passed away

According to Exclusively Mongrels Limited, Tommy was formerly adopted by a family a few months back. However, his owner passed away yesterday due to cardiac arrest, leaving Tommy behind.

As his tenants will be going back to work tomorrow, Tommy will be left alone at home. Not wanting to leave him alone for the whole day, they hope that someone else would be able to give Tommy a better home. Due to the urgency of the situation, Tommy needs a new home by this weekend. Exclusively Mongrels Limited told MS News that some folks have already expressed interest in fostering him for the time being.

But the search for his forever home continues, as Tommy will eventually need a permanent adopter.

Exclusively Mongrels Limited describes Tommy as energetic and thus needing walks at least 3 times a day. If deprived of that, he may do his business indoors. 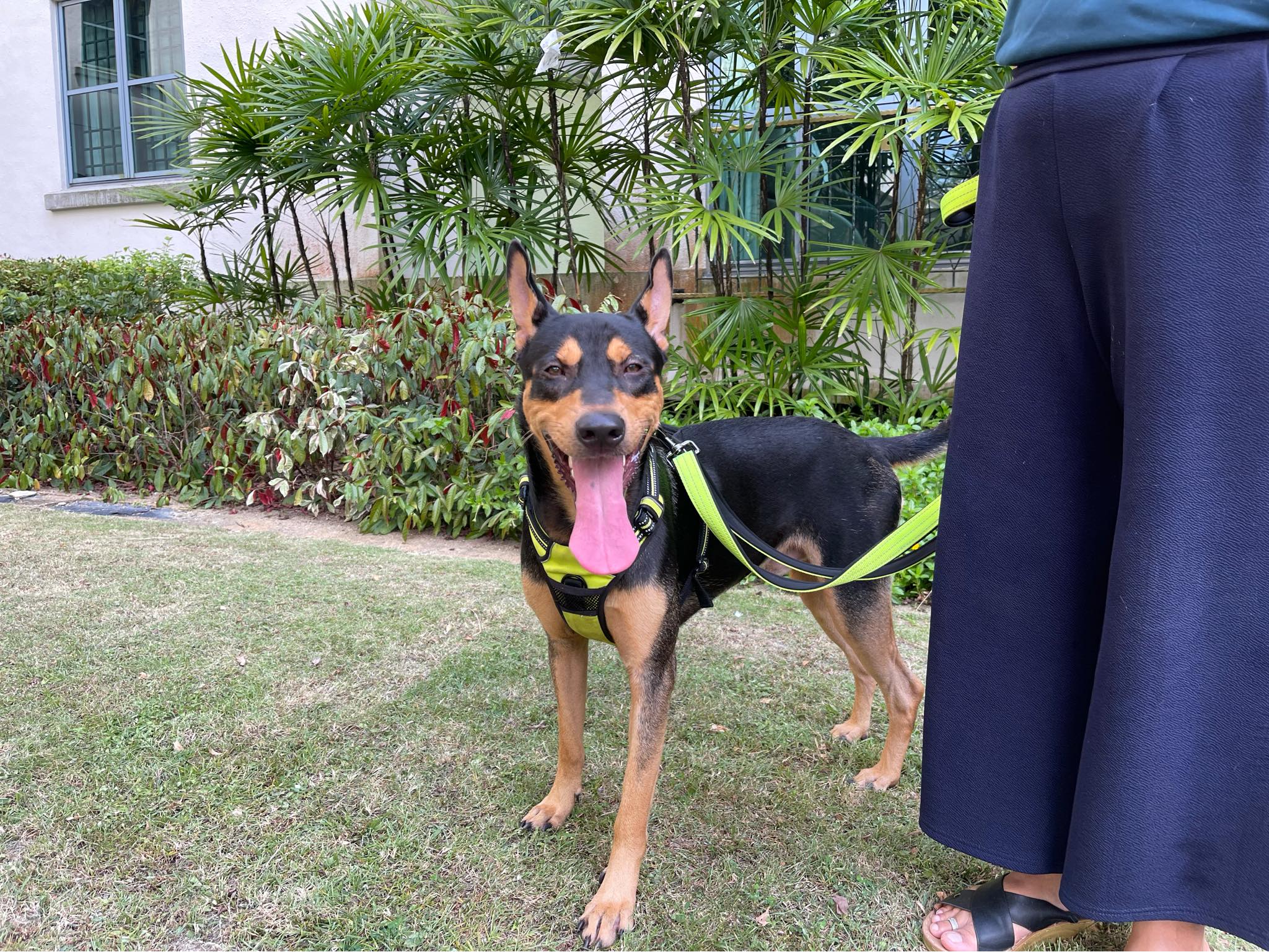 Since Tommy isn’t HDB-approved, his new family should preferably be staying in a condo or landed property.

And while he may be comfortable with strangers, rescuers aren’t sure how he might react to other dogs as he has not socialised with them before. 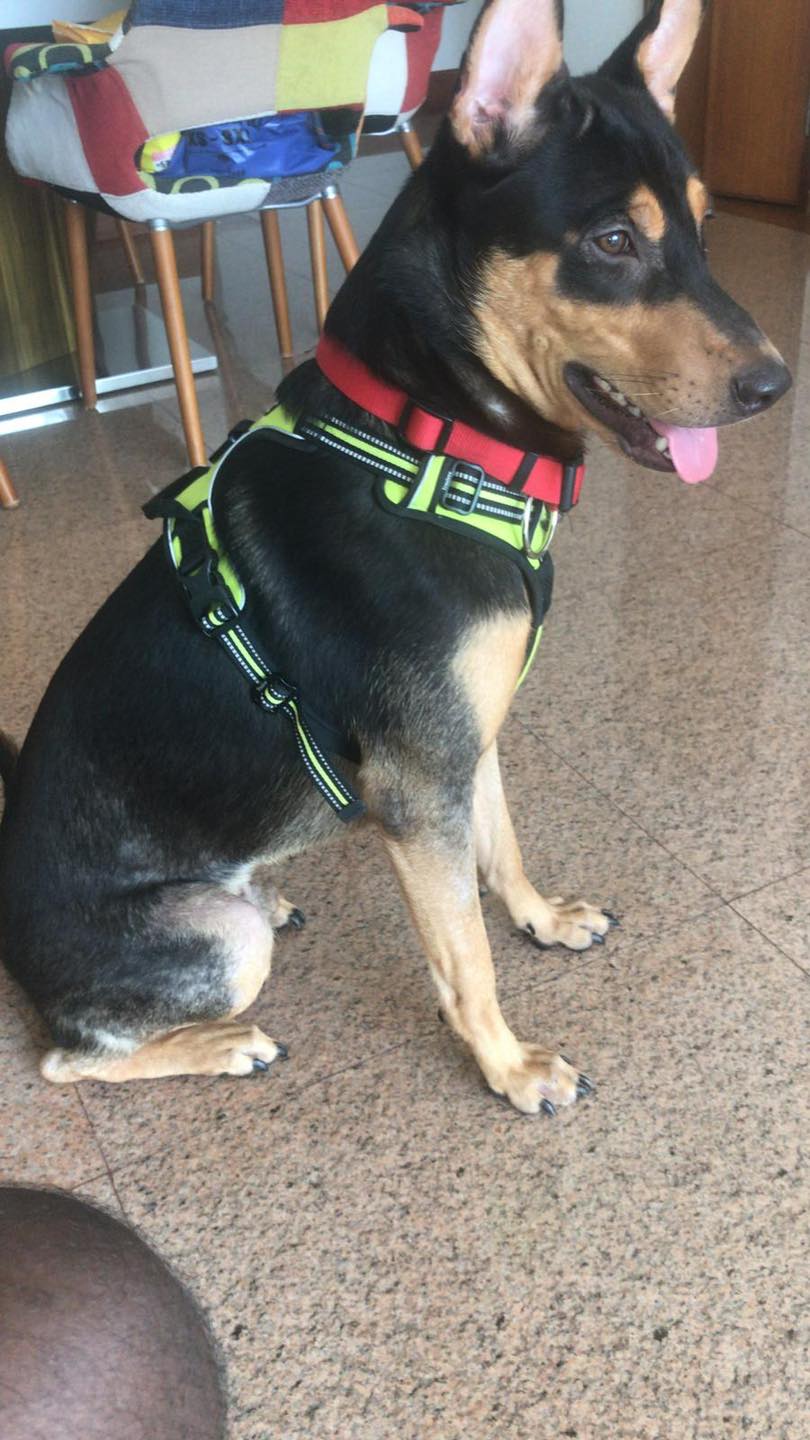 Due to his young age, the pup has not been vaccinated, microchipped, nor sterilised yet.

Keen adopters should thus be ready to take on more responsibilities should they get the chance to take Tommy home.

Learning about pets losing their homes due to unfortunate circumstances is truly heartbreaking.

Our condolences go out to the family and friends of Tommy’s previous owner who passed away. As for Tommy, we hope he’ll be able to find his forever home with the help of Exclusively Mongrels Limited.

And this time, we hope he’ll be able to stay there till the end of his life, happy and healthy.