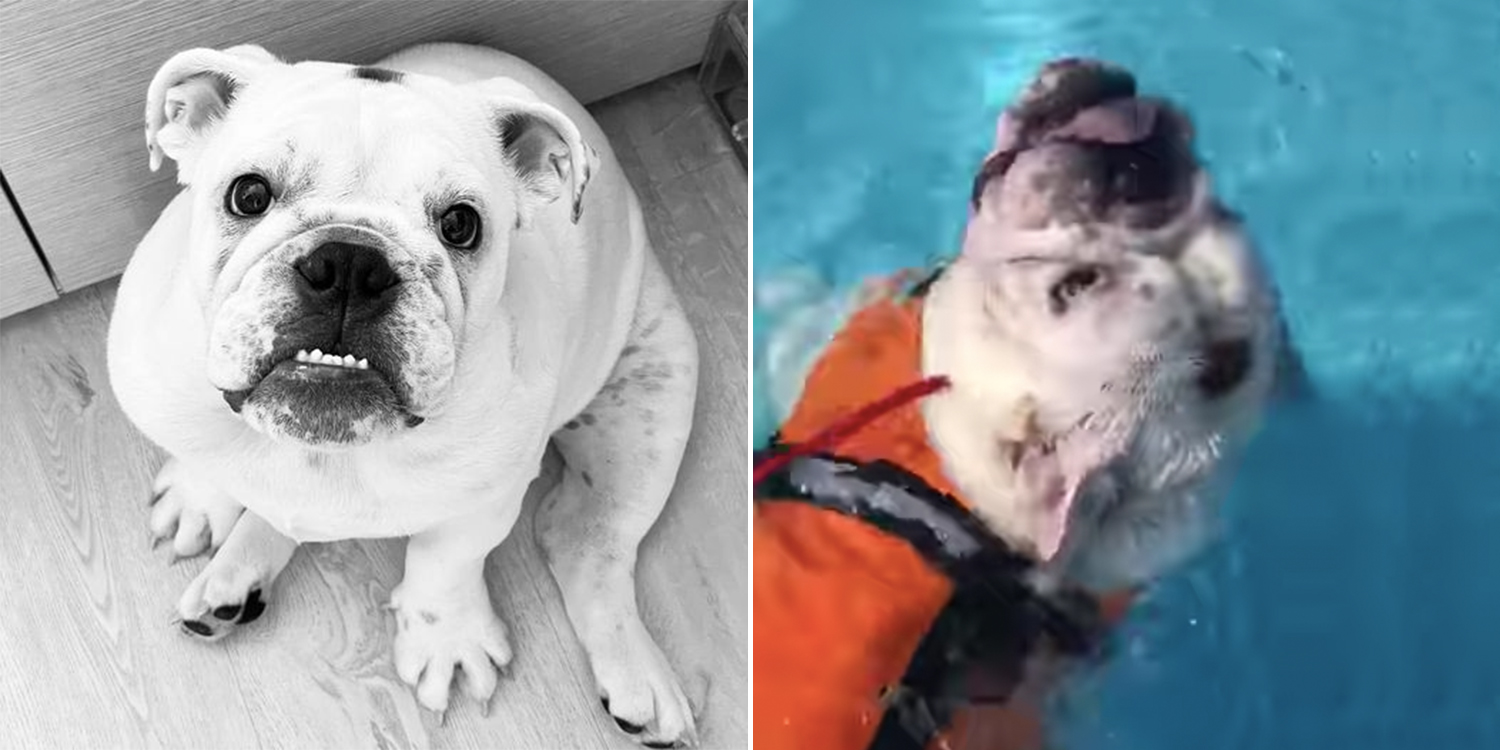 When placing our beloved pets at daycare, we expect them to be treated well. One can therefore only imagine the devastation a woman must have felt when her puppy passed away after being placed in a daycare centre.

She took to Facebook to post about losing her 10-month-old English Bulldog in the tragic turn of events in August. 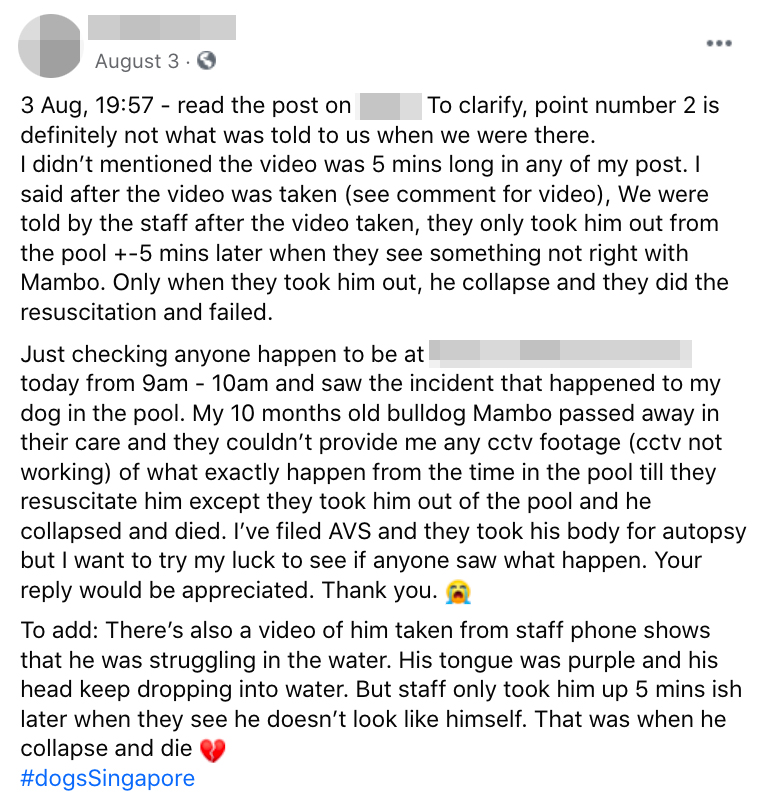 Upon bringing her puppy for an autopsy with the Animal Veterinary Service (AVS), she updated that the cause of death was a lack of oxygen and heat exhaustion.

Investigations are currently ongoing with the daycare.

In a Facebook post on 3 Aug, the woman shared that her 10-month old English Bulldog had unfortunately passed away that day after a swimming activity at a daycare centre.

After her post was published, the daycare centre also took to Facebook to clarify the situation with their side of the story. 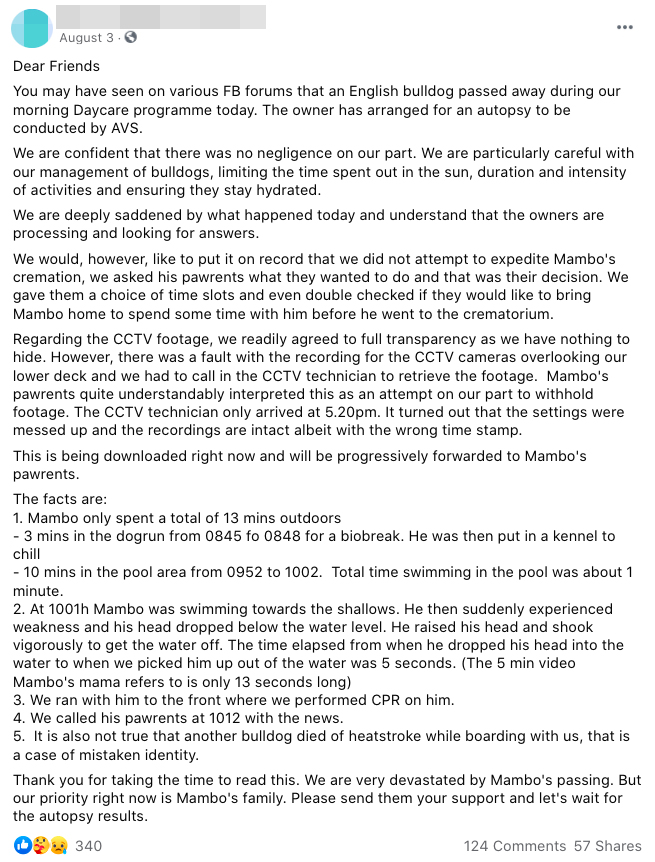 The woman had mentioned that the centre was unable to provide CCTV footage of how the situation played out.

However, the centre explained that their CCTV footage was faulty. They also claimed to have called in a CCTV technician to retrieve the footage which had the wrong settings in place, causing the time stamp to be inaccurate.

Video showed puppy struggling in the water before collapsing

The woman also posted a video of her puppy taken from a staff’s phone, which showed him apparently struggling in the water, his tongue purple. 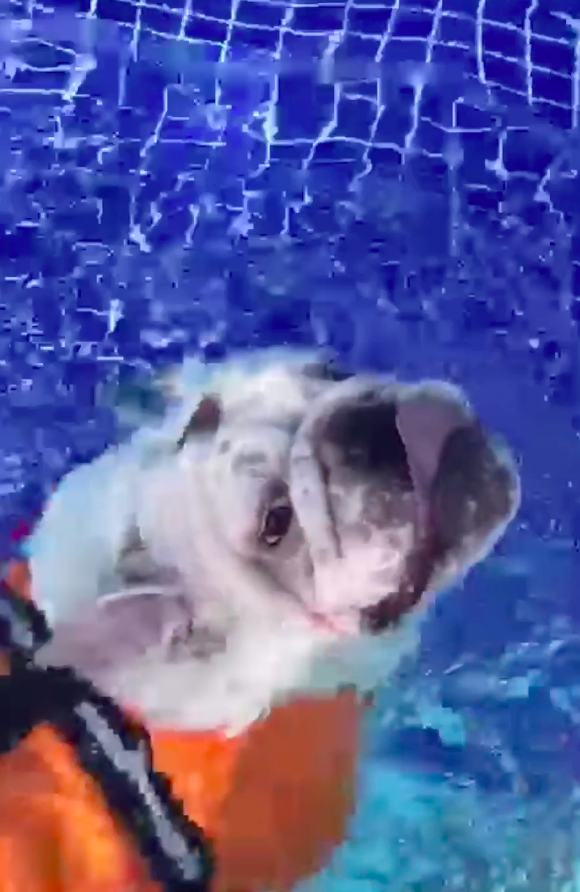 Towards the end of the video, he seemed to be in distress as he struggled to stay afloat. 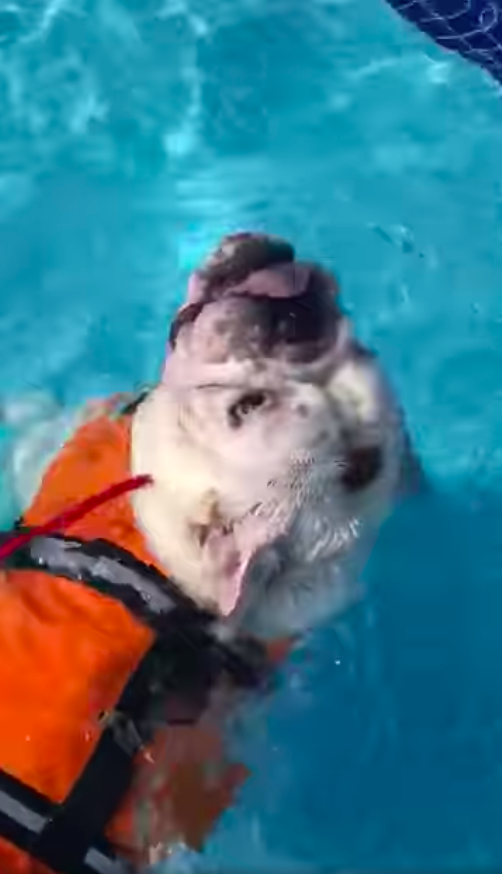 However, it allegedly wasn’t until 5 minutes later that the staff took the exhausted puppy out of the pool. Unfortunately, the puppy collapsed and died soon after.

The daycare centre, however, mentioned in their post that there was no negligence on their part despite the woman’s accusations.

As the woman wanted to find out the cause of death, she decided to bring her puppy for an autopsy at the AVS.

She posted on Facebook yesterday (7 Sep) to provide an update about the situation. 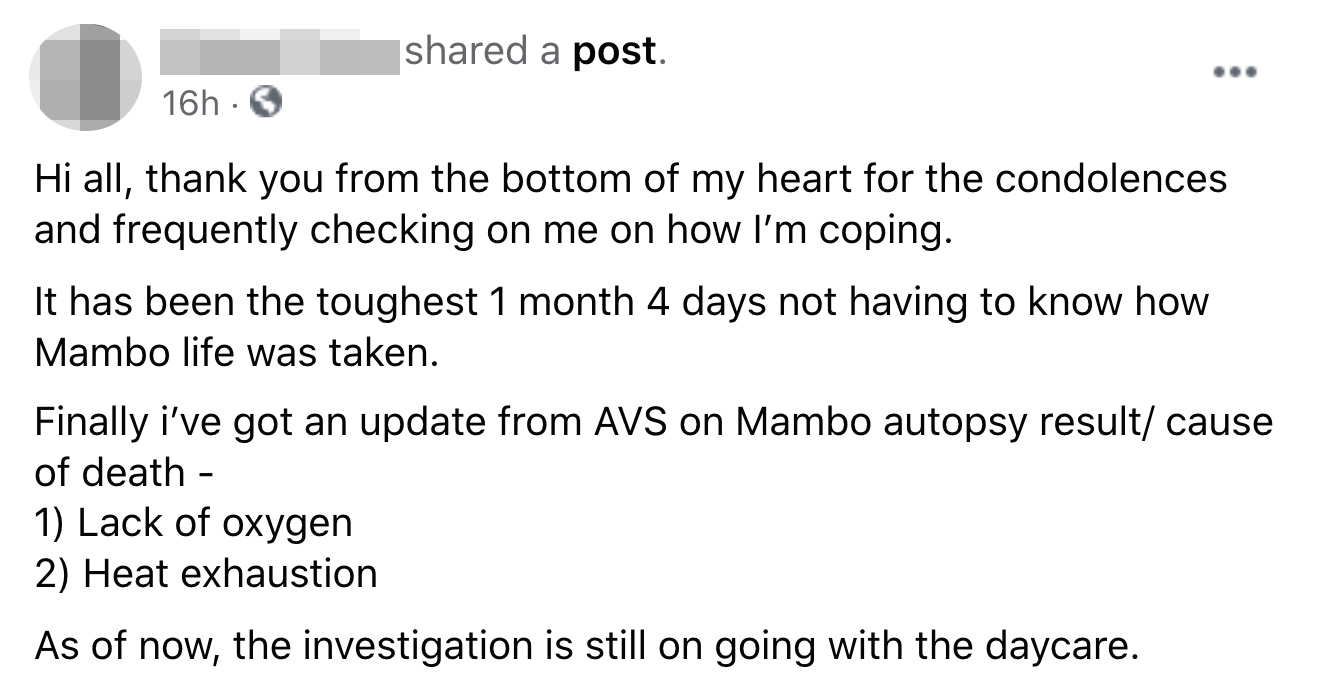 According to her, AVS’ autopsy results showed that her puppy had died from lack of oxygen and heat exhaustion.

Investigations are still ongoing with the daycare.

MS News has reached out to the daycare for comments and will update the article accordingly when they get back.

Since investigations are still ongoing, it’s hard to say whether the daycare was indeed responsible for the puppy’s death.

Hopefully, the woman will get some form of closure soon. May her dog rest in peace.