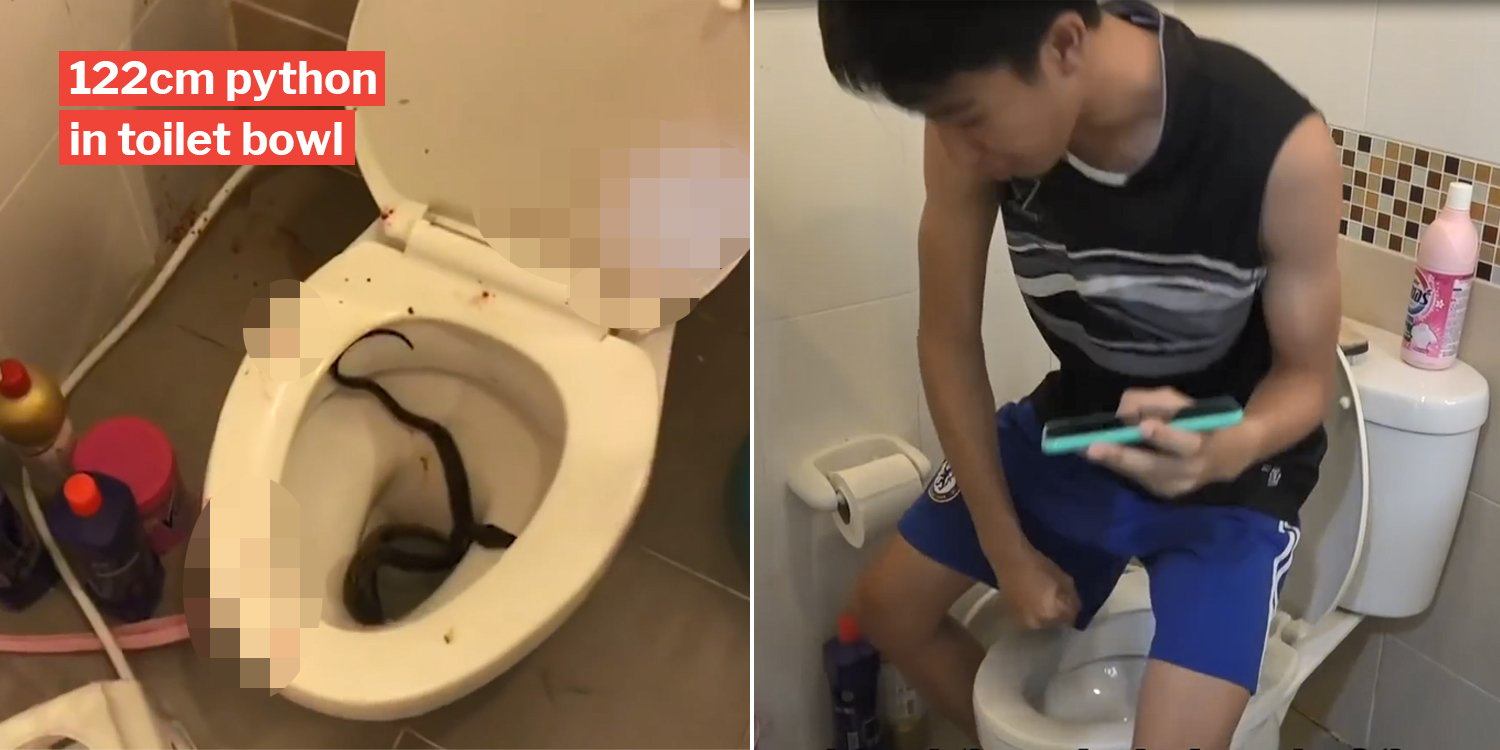 18-Year-Old Teen Gets Bitten By Python In Toilet Bowl, Immediately Rushed To Hospital

Imagine heading to the toilet to relieve yourself, only to get bitten by a snake lepaking in the toilet bowl.

Sounds like the makings of a nightmare, but for 18-year-old Siraphop Masukrat, it was a painful reality. 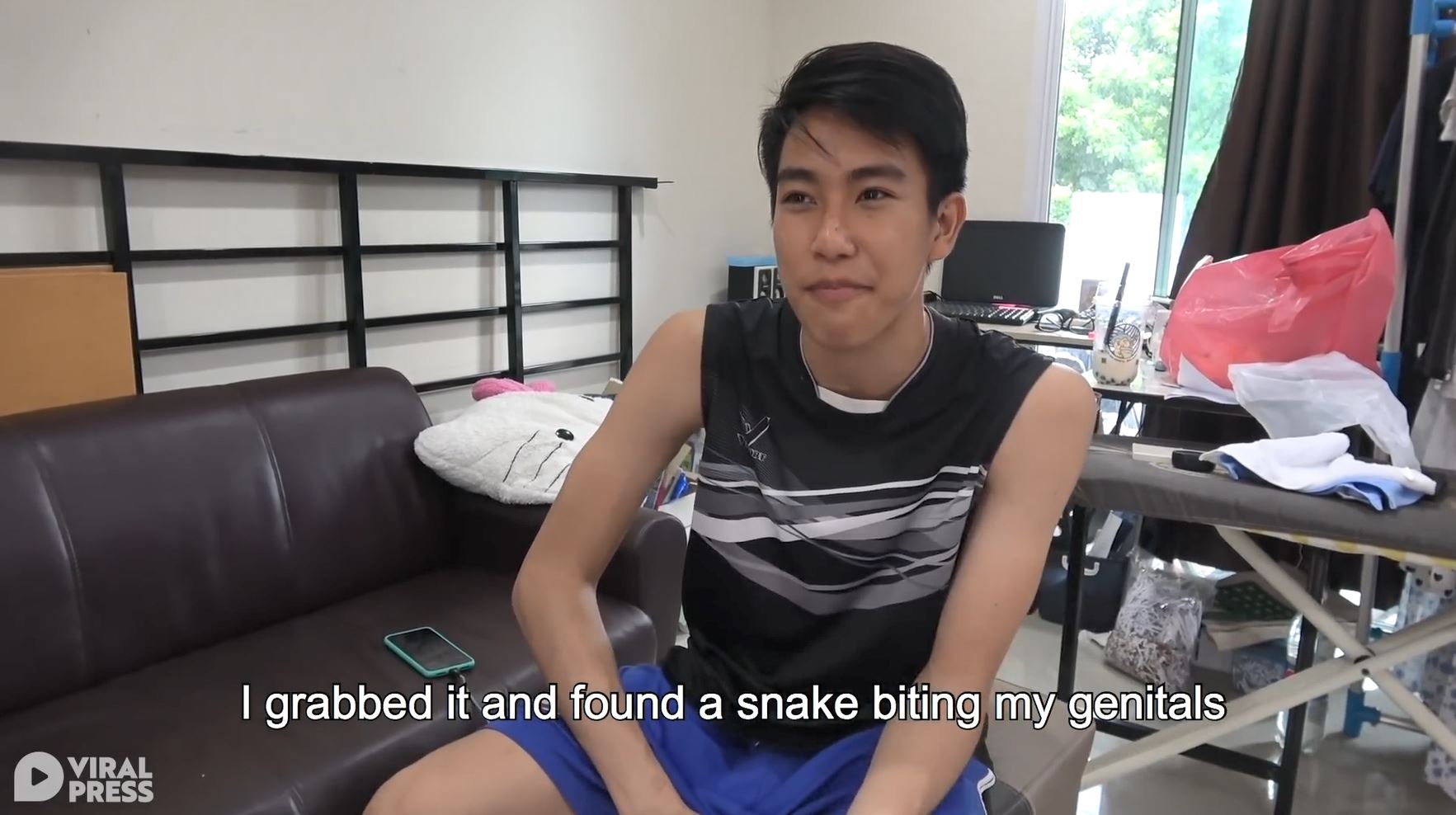 On Tuesday (8 Sep), the teen from Thailand had his genitals bitten by a python moments after he sat on the toilet bowl. 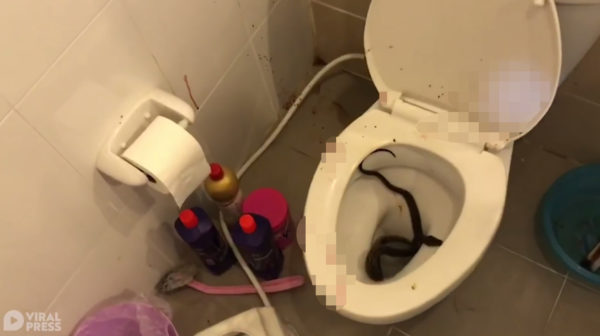 He was swiftly sent to a hospital where he received 3 stitches.

According to The Daily Mirror, Siraphop felt an intense pain in his manhood shortly after he sat down on his house’s toilet bowl. 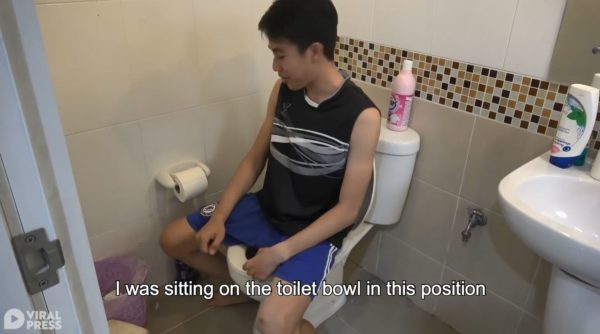 He looked down immediately and saw the jaws of a black snake clamped around his genitals.

Albeit small in size, Siraphop reportedly said its bite was “strong”, and it remained ‘attached’ even as he stood up. 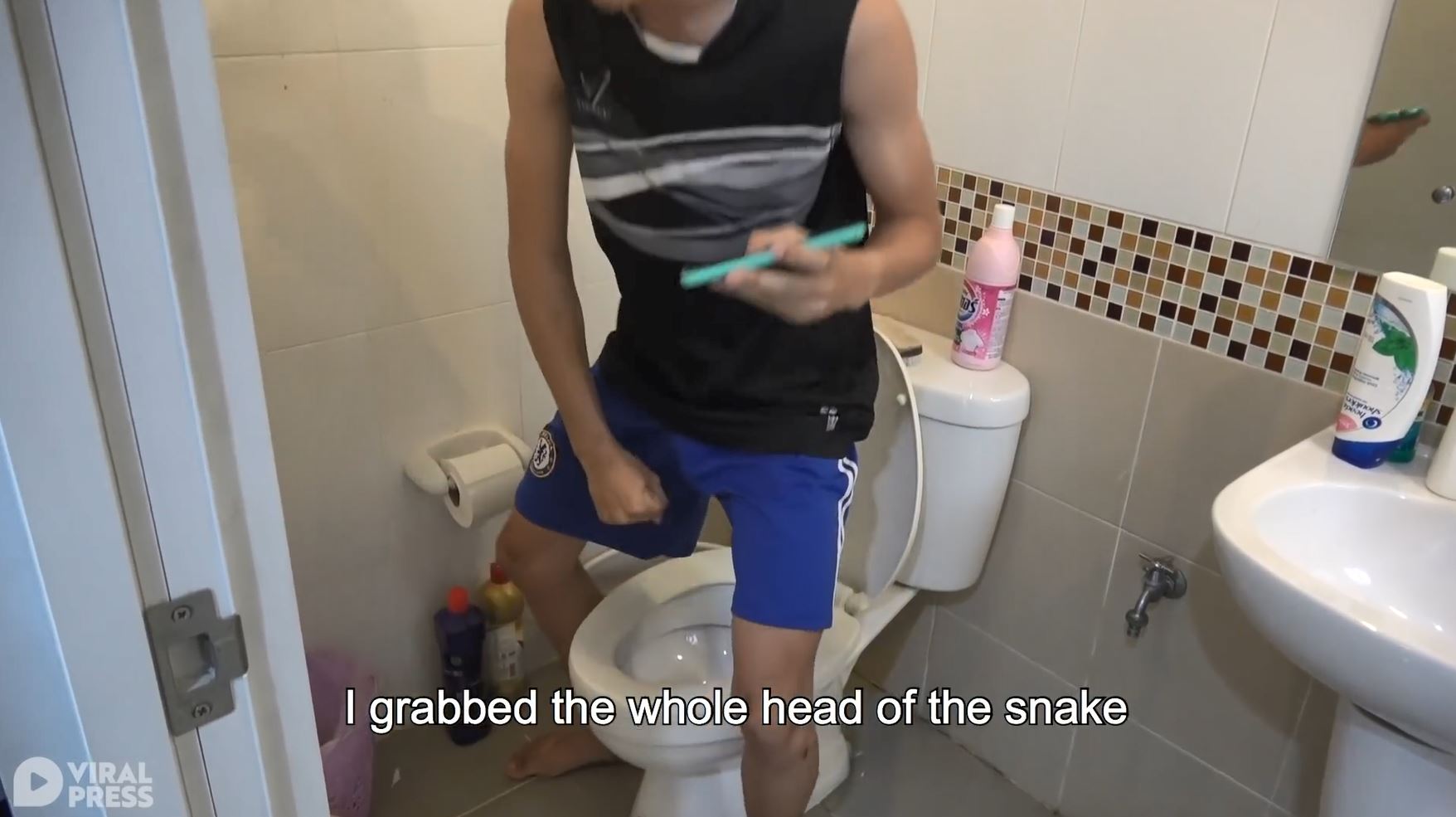 Blood also started spurting everywhere, staining the toilet bowl and the nearby tiles.

Sirahop – who stays in Nonthaburi, 20km from Bangkok – was rushed to a nearby hospital for treatment, reports The Daily Mirror.

There, he received 3 stitches to the tip of his manhood.

His wound was also treated with an antibiotic wash to kill off lingering bacteria from the snake’s bite.

The python was eventually caught by animal handlers who found the snake lepaking in the toilet bowl when they arrived. 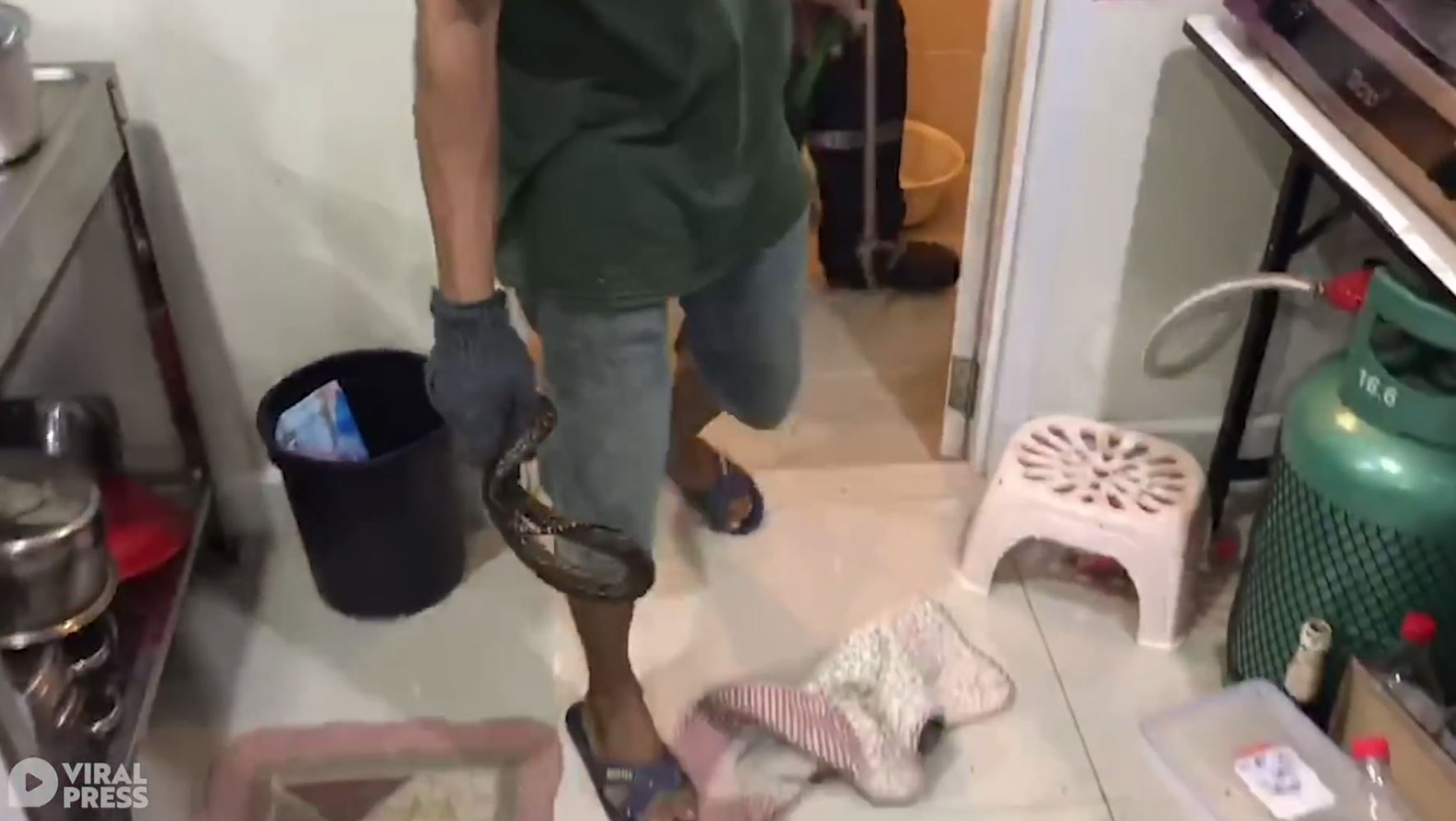 According to The Daily Mirror, the snake measured around 122cm (4 feet) long but was thankfully not venomous.

Siraphop’s mother is still bewildered about how the snake ended up in the toilet bowl but was thankful that it wasn’t a poisonous cobra.

The snake was eventually released back into the wild. 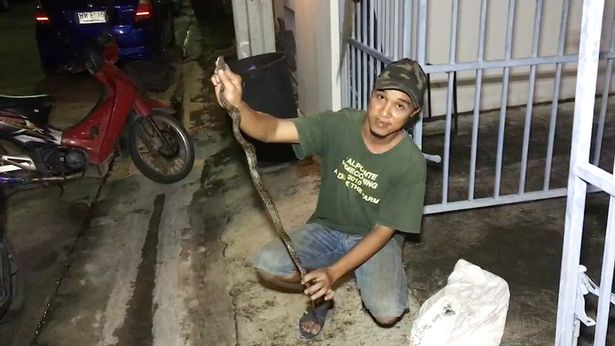 Snake also appeared in Upper Thomson back in 2017

Even though we don’t normally hear of such cases often, they actually do happen from time to time — even in Singapore.

In 2017, a reticulated python was seen hanging out in a toilet bowl located in Upper Thomson, reports The Straits Times (ST). 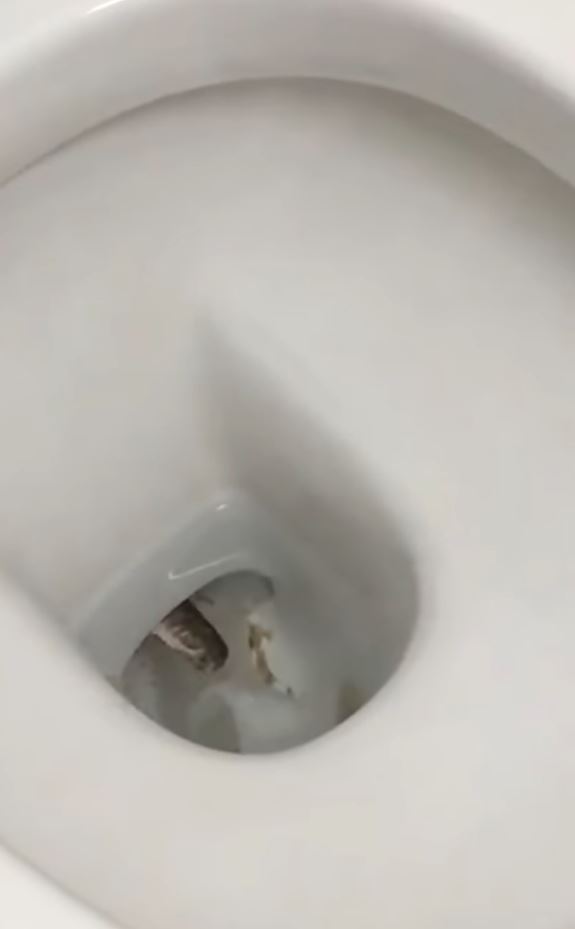 A representative from the Animal Concerns Research and Education Society (ACRES) said that Singapore’s storm drainage networks are home to snakes.

However, it remains a mystery how they end up in our sewage system.

Thankfully, such cases are “rare“, according to ST.

If you happen to find snakes in a toilet bowl, ACRES recommends following the steps below:

While the incident was no doubt unfortunate for Siraphop, it could’ve easily been worse if the snake was poisonous.

Perhaps this could serve as a lesson for all to check out your toilet bowl before sitting down.

Our heartfelt commiserations go out to Siraphop and we wish him a speedy recovery.