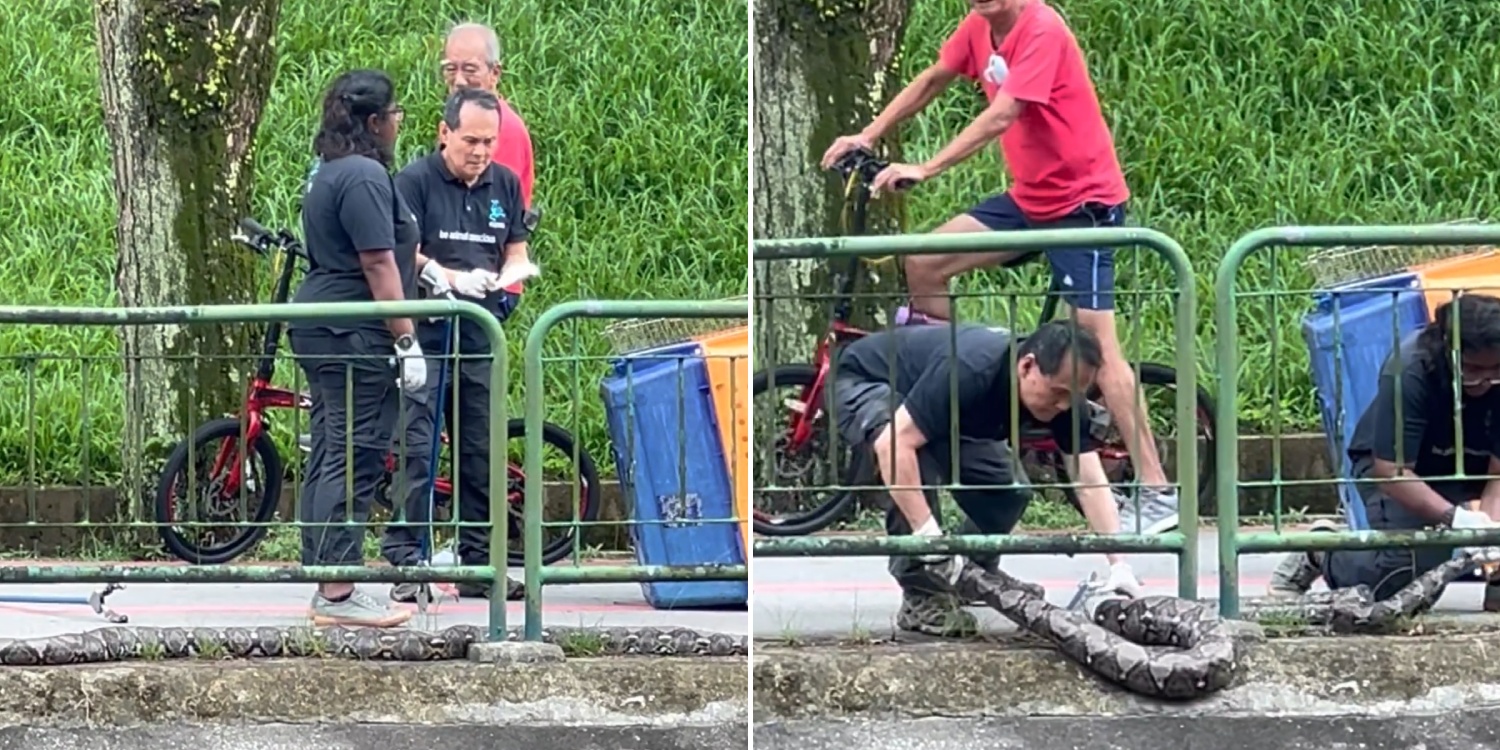 ACRES Removes Python That Was Lounging On Footpath At Ulu Pandan

UPDATE (23 Sep, 8.44pm): ACRES co-CEO Kalai Vanan S/O Balakrishnan told MS News that the python had actually sustained some injuries and was just lying there at the edge of the canal. A member of the public had called them in to rescue the creature.

It is currently receiving treatment for its injuries at Mandai before being released at an undisclosed location.

Singapore may be a highly developed and modern city, but wildlife sightings are still relatively common here.

Just a few months ago, officers from the Animal Concerns Research and Education Society (ACRES) had to remove a massive python from the window of a Bedok Reservoir HDB flat.

Recently, another snake rescue operation took place on the other side of the island.

After a python was seen chilling along a footpath at Ulu Pandan, ACRES went down to move the reptile to a safer location.

On Thursday (22 Sep), a Facebook user shared a video of ACRES officers conducting an operation in Ulu Pandan.

They were getting ready to catch a massive-looking python, which was just lying there by the side of the footpath.

According to the OP, the snake was “huge” — a fact that viewers can clearly see from the clip.

At the beginning of the video, one of the ACRES officers places a large cage near the python.

He then gloves up as he and his partner discuss how to get the job done. 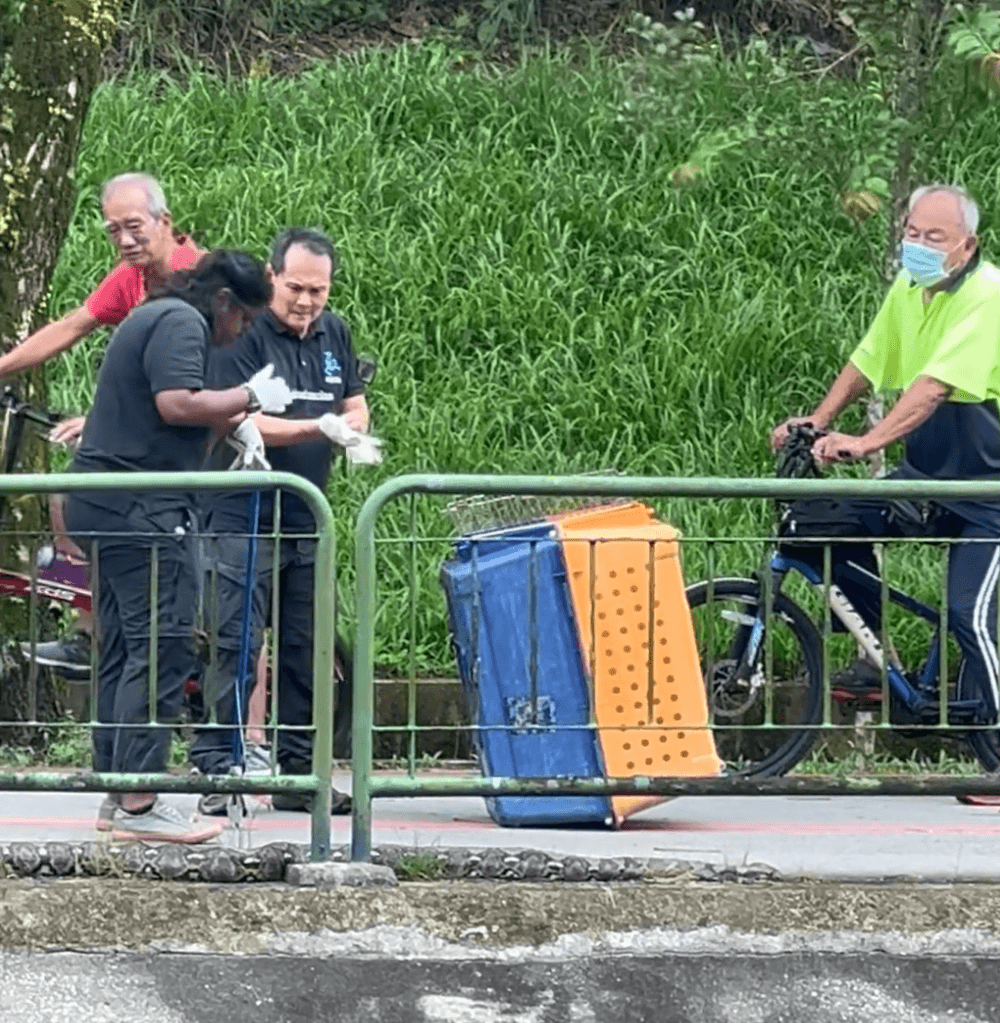 Several curious cyclists and joggers also stopped and got ready to observe the action.

When they’re all set, the male officer used a pair of snake tongs to secure the python’s head while the female officer goes in and grabs its neck.

The male officer then goes behind and holds the reptile by its thicc body and tail. 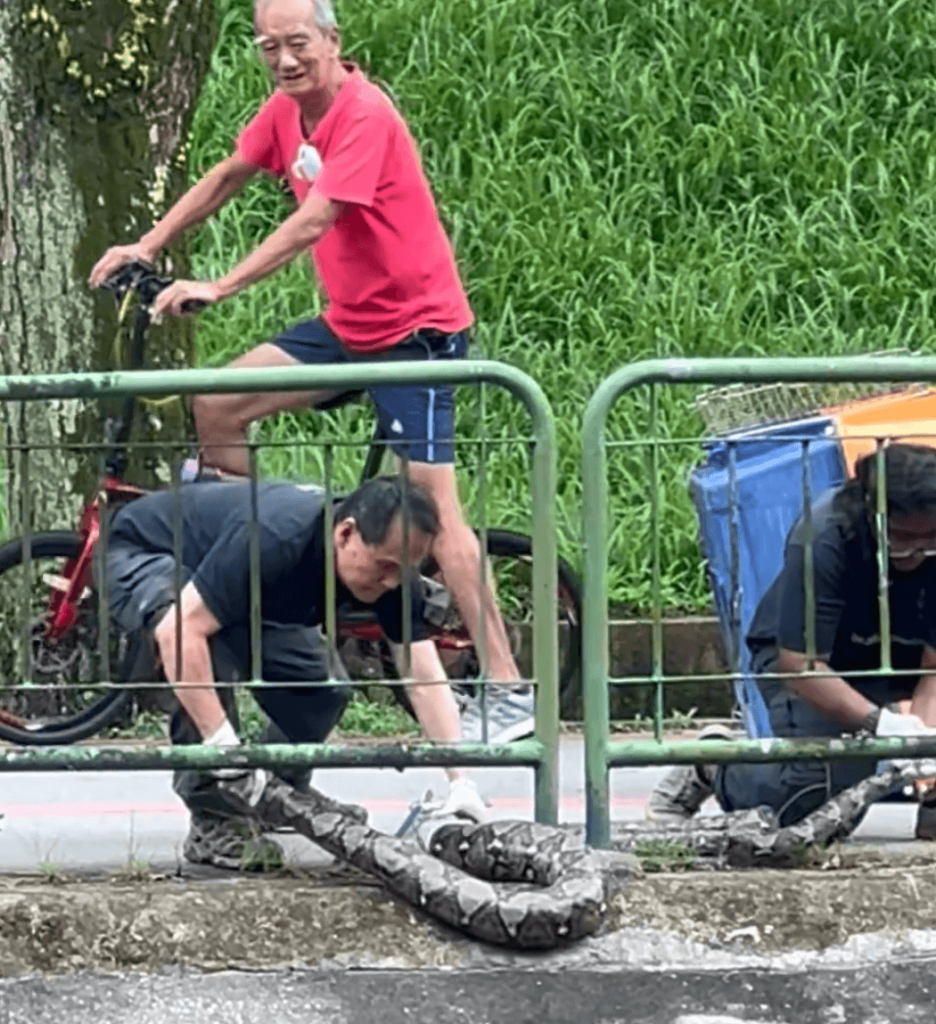 Together, the ACRES rescuers lift the snake and gently place it into the cage. 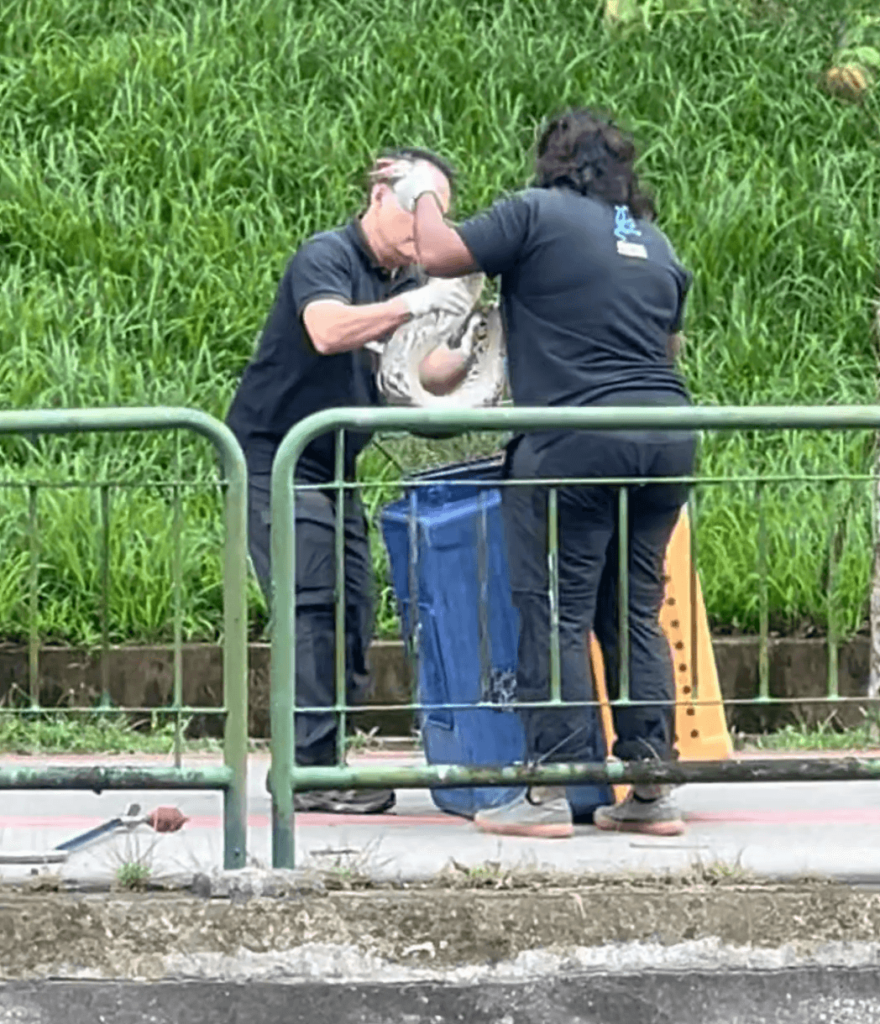 MS News has reached out to ACRES for more information and will update this article when they get back.

Kudos to ACRES for another job well done

When there’s something wild in the neighbourhood, who are you gonna call? ACRES, of course.

Spotting an animal when you’re out and about can be a very fascinating and Instagram-worthy experience, but always remember to keep your distance to avoid any unwanted incidents.

Thankfully, we can always rely on the officers from ACRES to do a swift job at relocating critters in safe and effective ways.