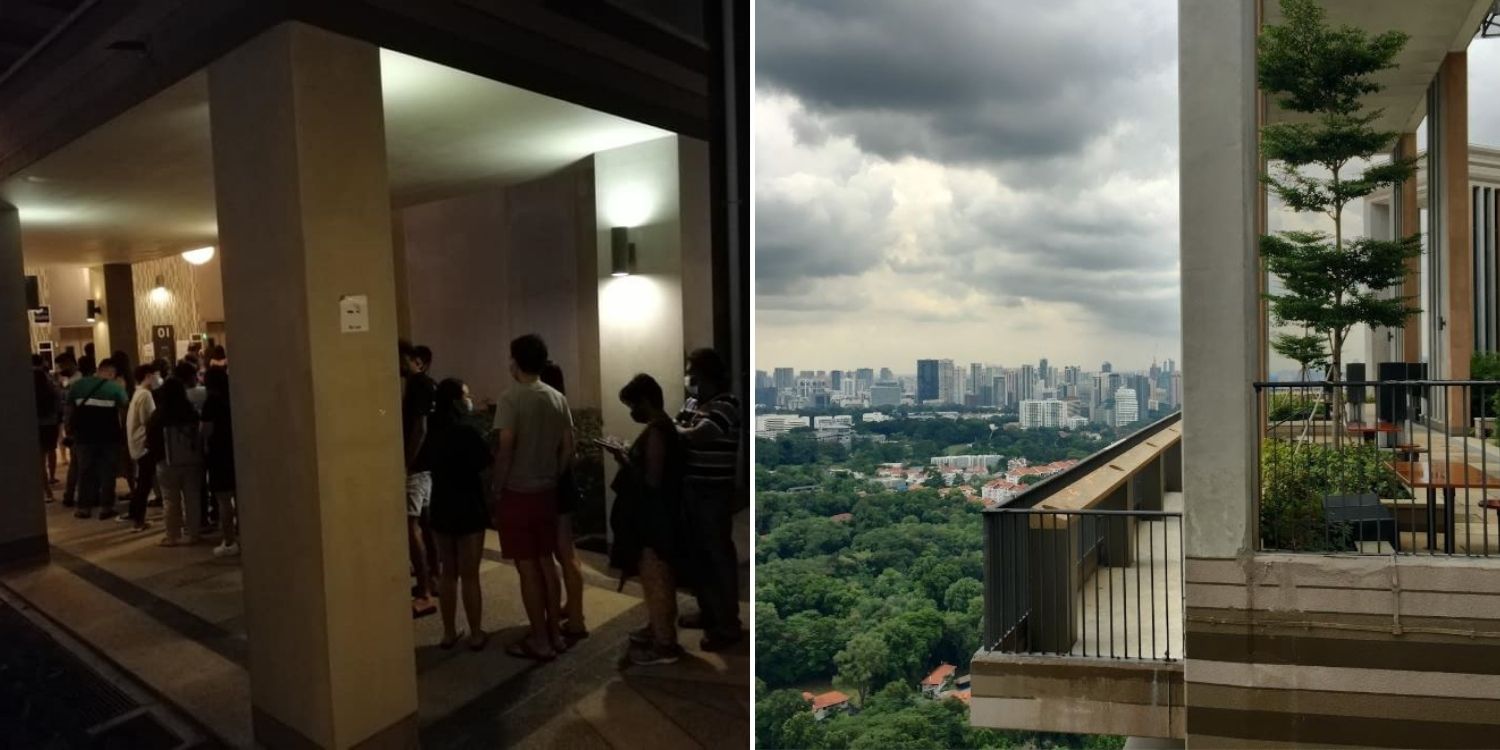 When 2 Build-To-Order (BTO) Housing Board projects in Queenstown estate were launched, they caught the eye for their ground-breaking design features and green concept.

SkyVille @ Dawson and SkyTerrace @ Dawson looked strikingly different from other older flats in the estate, and seemed to be epitome of high-rise city living. It must be nice to come home to a stunning view of the city, some might think.

However, many would probably have forgotten about the drawback of living in such a lofty tower – having to queue to take the lift during crowded periods. 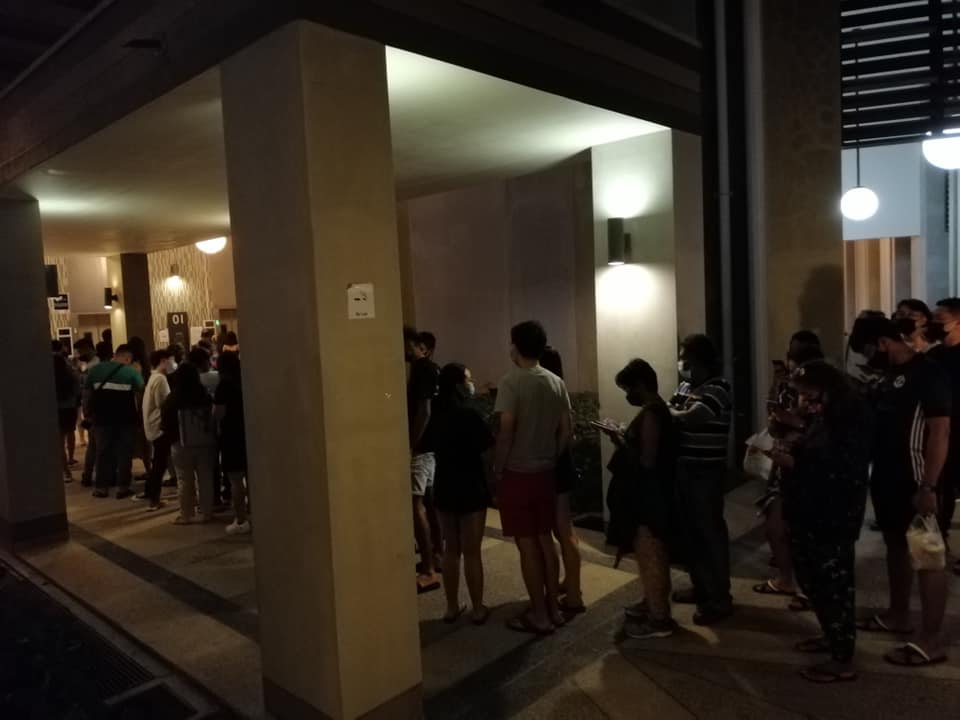 On Christmas Eve (24 Dec), an incensed Facebook post emerged on the Dawson SkyVille SkyTerrace page – which was ostensibly created by the residents.

The post complained of crowds at SkyVille’s roof garden.

According to the post, the people there were not only seen not observing social distancing measures, but they were smoking, littering and not wearing masks. 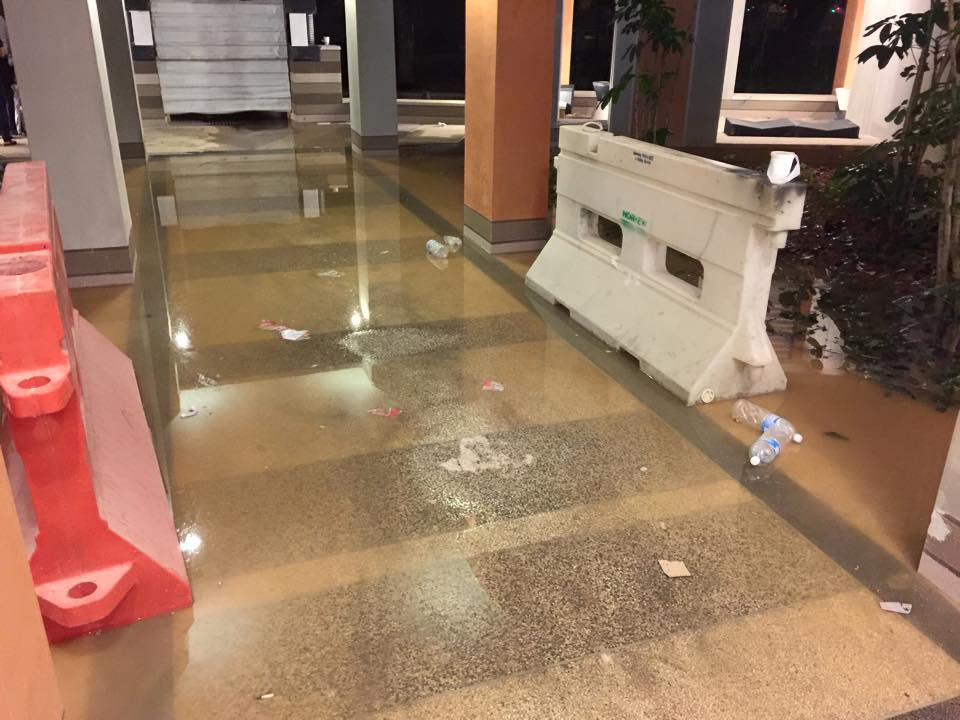 Other residents commented on the post, saying how the roof gardens – which were intended to bring lush greenery to residents – have turned into a hangout spot for youngsters.

That would be fine if they were considerate towards residents and cleaned up after themselves.

However, the resident said she’s seen youngsters smoking (which isn’t allowed), making noise, taking a leak and leaving their rubbish all over the place. Vandalism has even been seen on the walls. 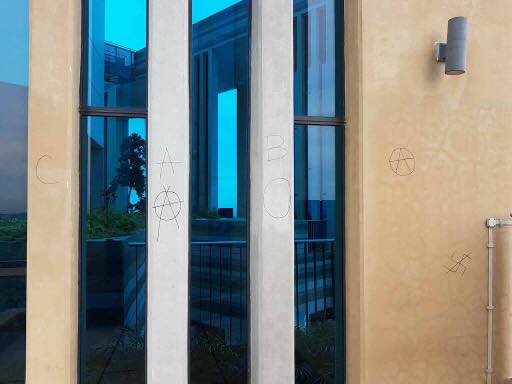 Another resident asked why she’s paying high conservancy charges when she’s prevented from using the gardens by non-residents.

Public holidays are the worst, she added.

On New Year’s Eve, it seems that crowds gathered at the roof gardens for another round of festivities and fireworks gazing.

Another Facebook post by Dawson SkyVille SkyTerrace, shortly after midnight on New Year’s Day (1 Jan), complained that due to the increased number of people heading up to the gardens, residents couldn’t get there.

Even when they just wanted to go to their own homes, they had to queue up for lifts.

The OP suggested to the authorities that they restrict access to the roof gardens to residents only during festive occasions.

Crowding at the carpark too

The carpark also saw crowding of a different kind – hordes of cars and motorcycles, some even causing obstruction.

One resident said he took almost 2 hours to park and take the lift to his flat.

Worse still, the police couldn’t do much to intervene as the roof garden is on the 47th floor and they couldn’t take the lift up either.

Another resident said the problem isn’t just limited to festive occasions, and she’s been woken up by noise from people using the roof terrace in the wee hours of the morning.

RC admits that more needs to be done

In response to residents’ concerns, Dawson RC said in a Facebook post on Friday (1 Jan) that it was aware that the crowd situation was “overwhelming”. 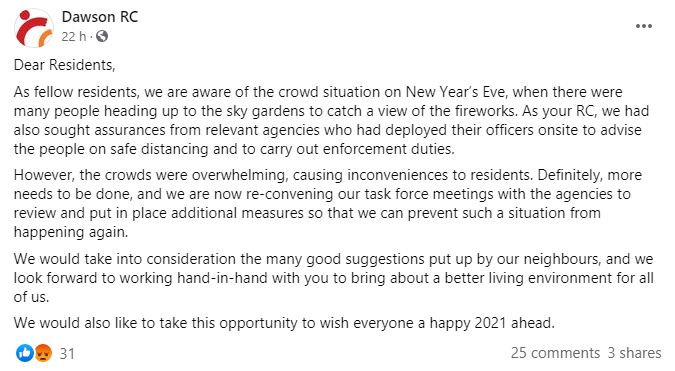 They also noted that inconvenience was caused to residents.

Although they’ve already informed relevant agencies to deploy officers to the sky gardens, they admitted that “more needs to be done”. They’ll be meeting agencies for a review, and putting in place “additional measures” to prevent more of such situations.

View comes with a price

When people thinks of living in a cutting-edge high-rise BTO project like SkyVille and SkyTerrace @ Dawson, they usually think of the premium design and magnificent view. 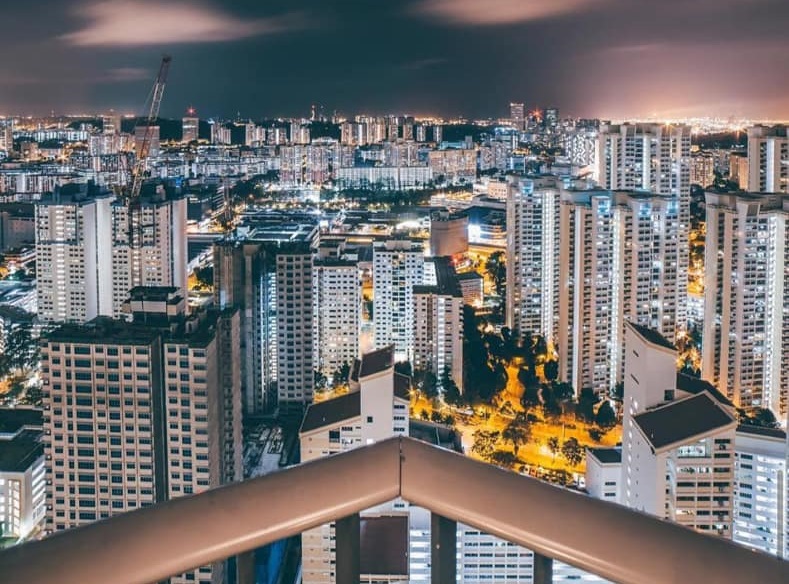 However, it seems the view comes with a price. As the projects aren’t condominiums, it’s a popular free place for the public to have parties with a view.

Hopefully, the residents of the development can get some respite from the crowds after the authorities take action.