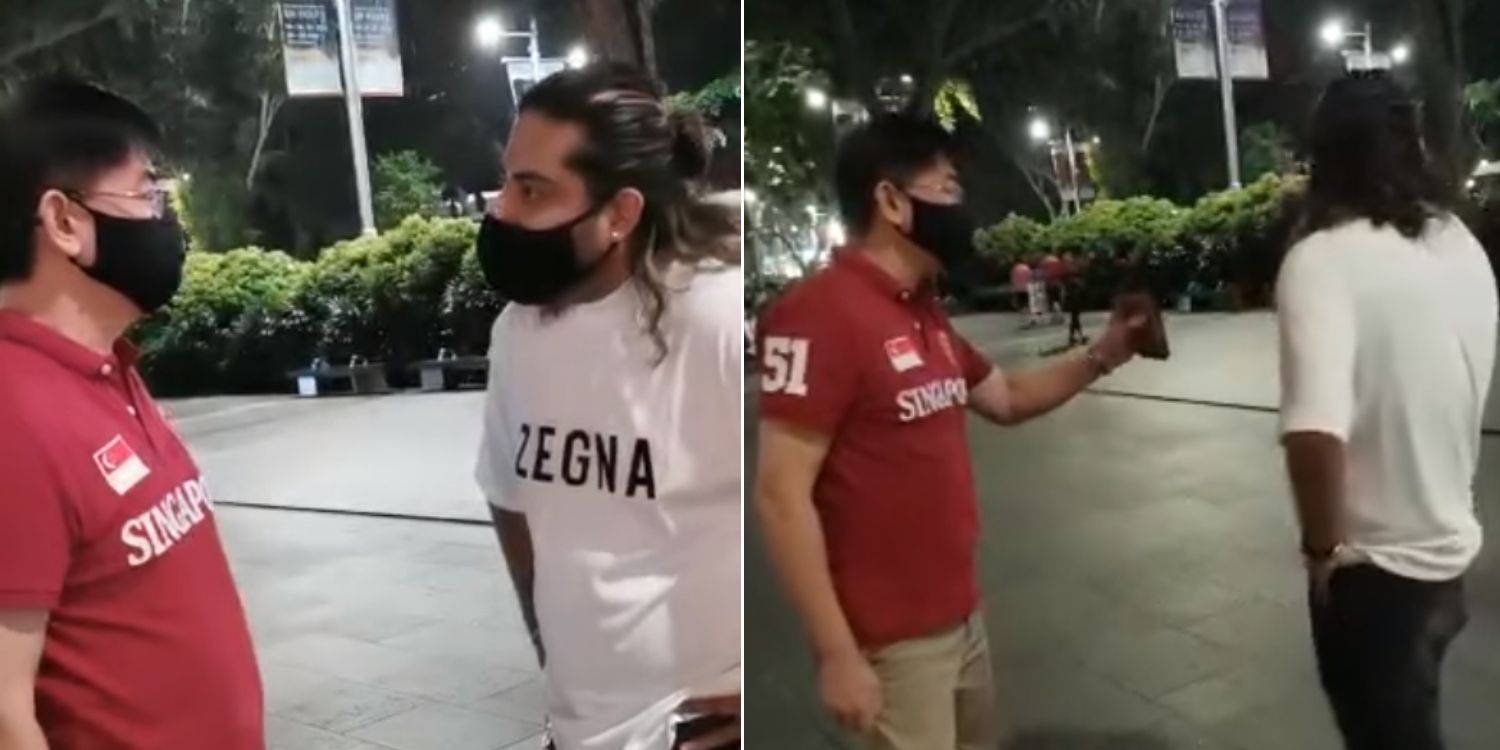 He was allegedly struggling with a personal matter.

The viral video of a man approaching an interracial couple in Singapore and making racist remarks caused much uproar. The furor only increased when the public learnt that he was a lecturer at Ngee Ann Poly.

After more incriminating evidence surfaced against him, the school eventually sacked the lecturer.

On Friday (9 Jul), a Facebook profile under the name Boon Lee Tan published a rather lengthy post containing a public apology. 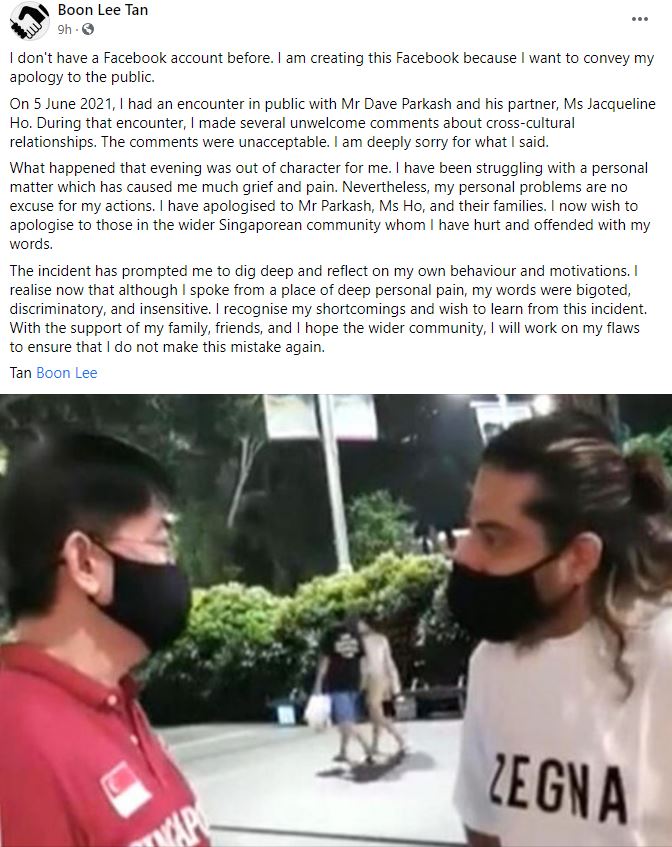 Explaining that he had created the account solely for this purpose, the OP recapped the incident in Jun that had established his infamy.

The OP, presumably Mr Tan, acknowledged that his comments about cross-cultural relationships were “unwelcome” and “unacceptable”.

He then sincerely apologised for everything he had said.

Has been struggling with personal matters

Mr Tan also noted that his actions back then were “out of character”. Perhaps in an attempt to explain himself, he said,

I have been struggling with a personal matter which has caused me much grief and pain. Nevertheless, my personal problems are no excuse for my actions.

Seemingly aware that his actions were inexcusable nonetheless, Mr Tan clarified that he has apologised to Mr Parkash, his girlfriend Ms Ho, and their families.

MS News has reached out to Mr Parkash for comments and will update the article accordingly.

Promises to work on his flaws & avoid making the same mistakes

Considering the impact of the incident, Mr Tan claimed that it has forced him to reflect on his behaviour.

He thus recognised where he had gone wrong, and promised to work on his flaws to ensure that he doesn’t make the same mistake again.

He didn’t address the other accusations against him, such as the anti-Islam sentiments a former student alleged he had shared in class.

While the profile info is currently scarce to verify whether it’s really Mr Tan, we hope the apology is true, and that he has indeed reached out to the affected parties.

Most importantly, we hope that Mr Tan keeps his word and avoids making the same mistake again.

Our harmony as a multi-racial and multi-religious society is precious, and we should all strive to protect and even improve that as much as possible.