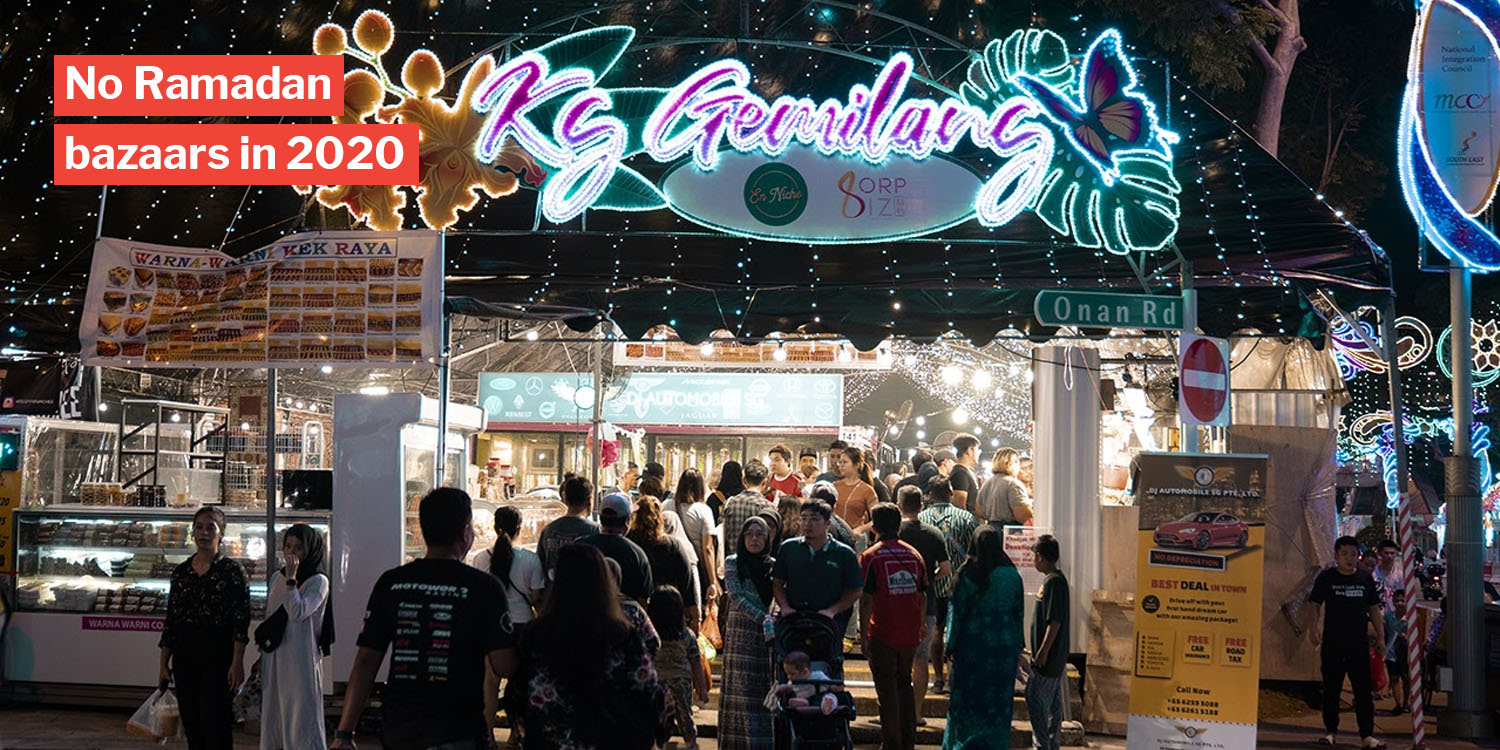 This comes after a previous announcement that the event would continue, but with enhanced precautionary measures.

Geylang Bazaar Still On But With 300 Fewer Stalls This Year, Vendors Must Set Up 10m Apart

While the news may dampen the approaching Hari Raya festivities this year, the serious Covid-19 situation surely necessitates the cancellation.

No Ramadan bazaars at several locations this year

BH shared on their Facebook page that the event would not be going on as previously planned. 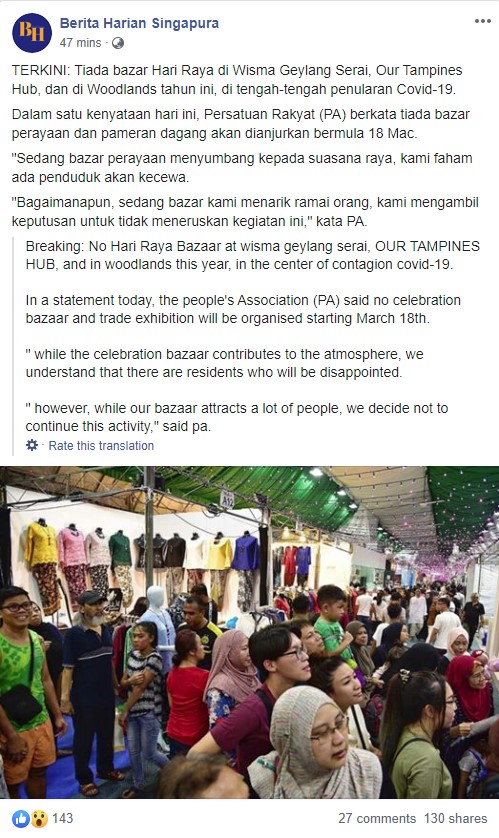 Apparently, PA has stopped organising bazaars and the likes of them starting today (18 Mar).

PA reportedly wrote in their statement announcing the event’s cancellation,

Since the bazaar contributes to the festive Hari Raya atmosphere, we understand residents will be disappointed.

However, since our bazaars attract many people, we’ve decided to not continue with this event.

A spokesperson from PA told The Straits Times (ST) that annual bazaars at Our Tampines Hub and Woodlands will also cease operations.

The iconic event’s cancellation is definitely saddening to many, but the decision had to be made.

This decisive action follows the extended closure of all mosques in Singapore until 26 Mar, triggered by the cluster of infections due to the religious event in Kuala Lumpur.

Large events not advisable during this period

Gathering for large-scale events and celebrations is always fun, but they’ll have to be put on hold for now.

Social distancing is of utmost importance in keeping Covid-19 at bay, and with the previous announcement discouraging events with more than 250 participants, it was just a matter of time before these bazaars got cancelled.

Hopefully, the festive season of Hari Raya and the fasting month of Ramadan won’t be too badly affected by the cancellation of the bazaars.

MS News hopes the Muslim community can still have a meaningful Ramadan and that they stay safe and healthy.