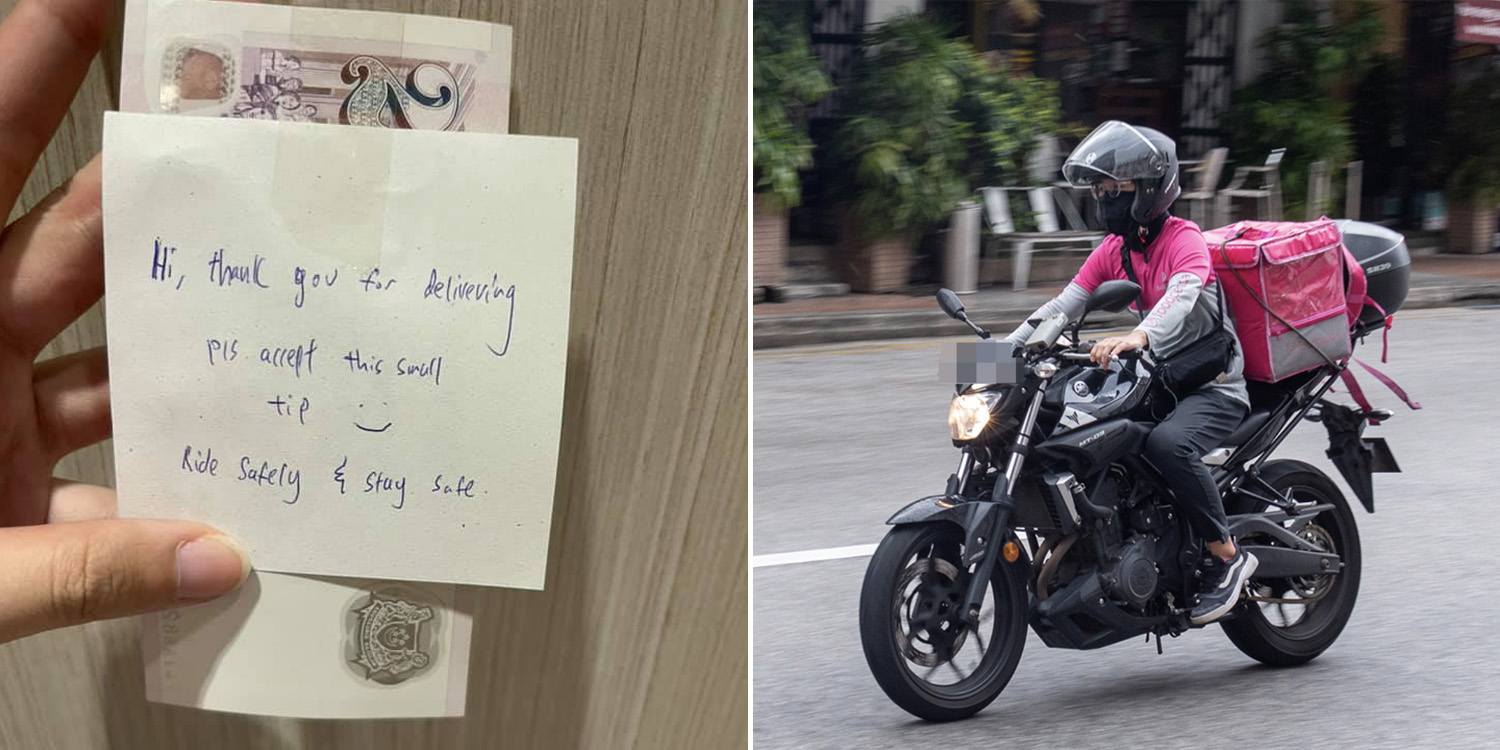 Food delivery riders spend long hours hustling hard on their vehicle of choice, often rushing to fulfil food orders. And customers can add on to their troubles, with complaints about late deliveries and spilt food.

On Sunday (28 Mar), a foodpanda delivery rider was pleasantly surprised when she was greeted with a tip and a sweet handwritten note after completing her delivery.

She was especially thankful for the gesture as she was already late to deliver the food.

The rider later took to Facebook group Complaint Singapore to thank the customer, hoping that he’ll see it. 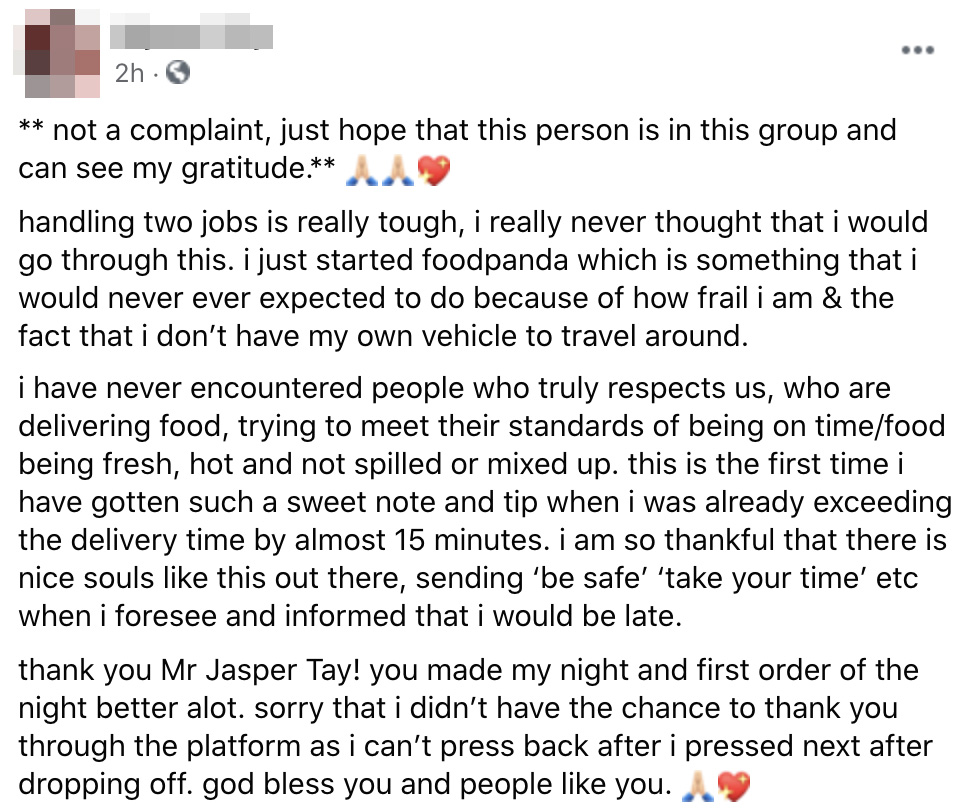 Customer leaves note and tips rider although she was late

On Sunday (28 Mar), the foodpanda rider shared on Facebook that when she arrived 15 minutes after the estimated delivery time at her first house of the night, she came across something taped on the door. 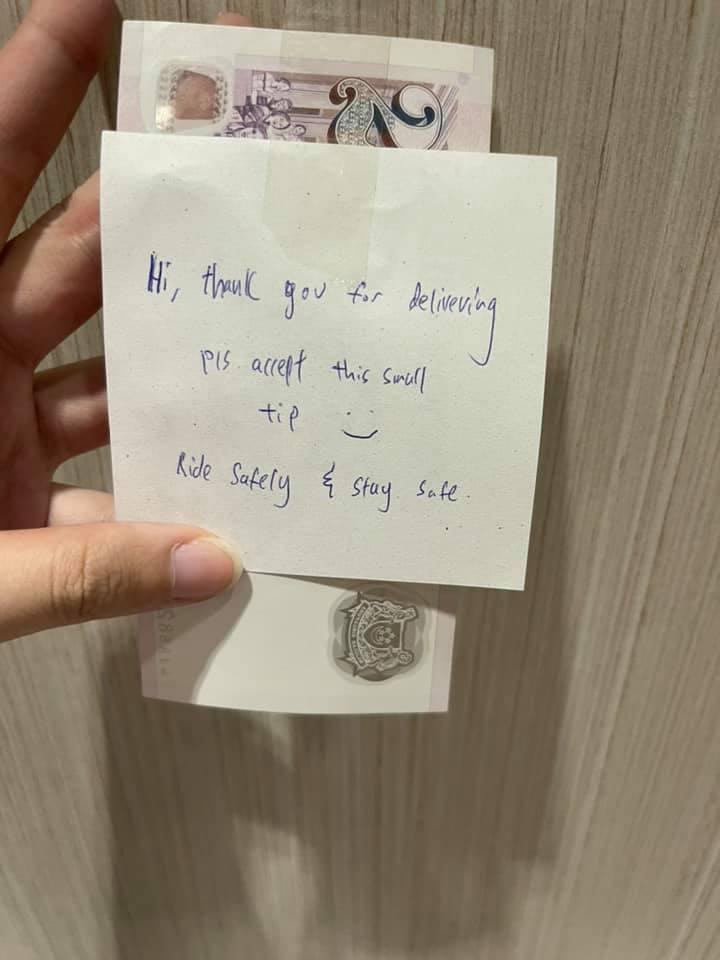 It was a $2 tip and a note saying thank you for delivering the food.

The note also asked her to “ride safely & stay safe”.

It was a simple and small gesture but one the rider was immensely thankful for.

Respectful customers are a rarity

The rider went on to share that she had earlier informed the customer that she was running late and he’d responded by telling her to take her time.

Such understanding and kind customers are few and far between, said the rider.

She went on to share that since she started working for foodpanda, she has never really encountered people who treated her with respect. 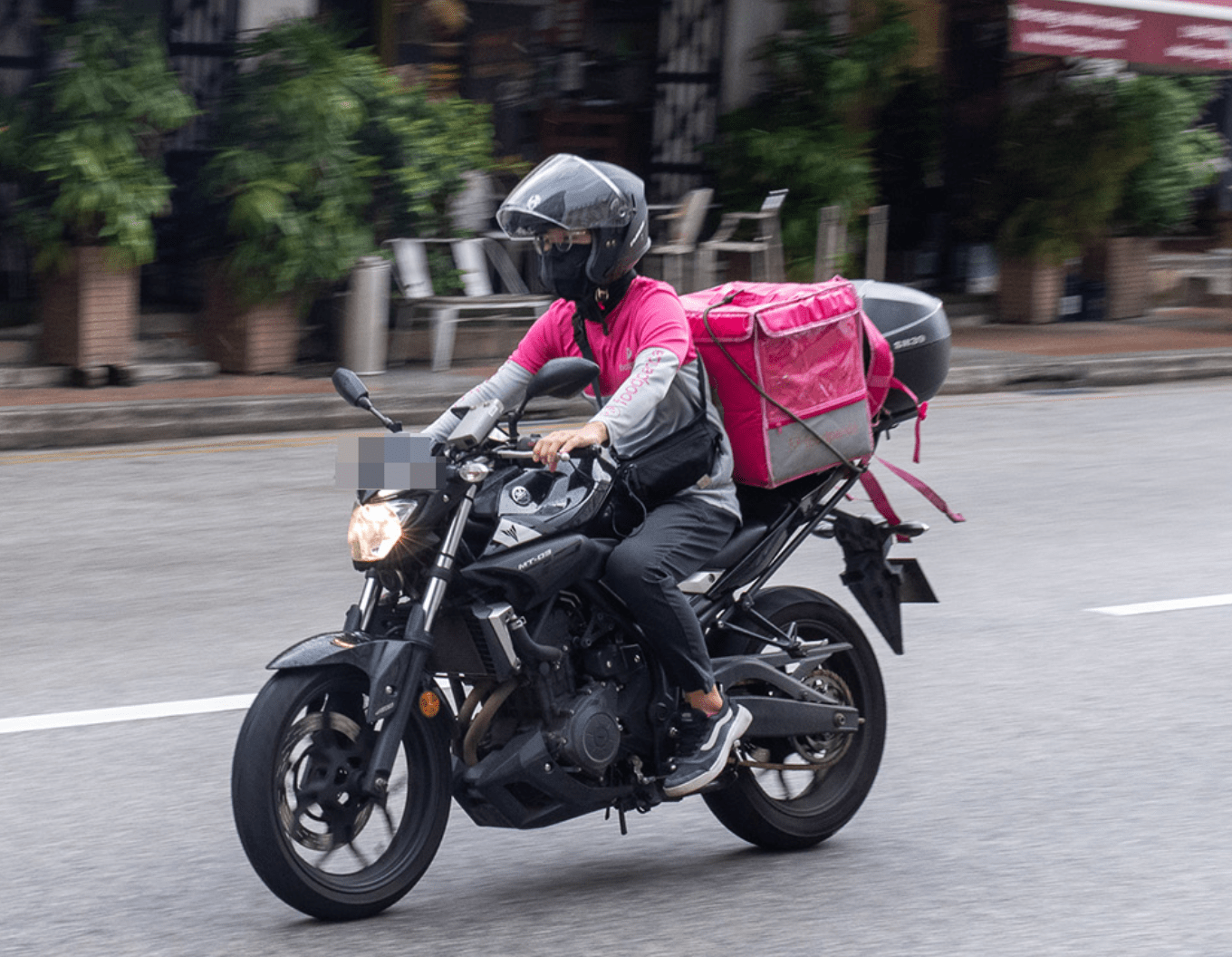 Instead, customers were often demanding, asking riders to meet their delivery standards about being on time, about food still being piping hot etc.

It was a first for her, receiving such kind words from a customer.

The rider then expressed her gratitude to the customer, Mr Tay.

She didn’t get a chance to say thank you but hoped that the post would reach him so she could show just how thankful she is for the “nice souls” out there like him.

Kudos to the kind customer

The work of food delivery riders is tireless and too often, under-appreciated.

Caught up in their own lives, customers can sometimes fail to see the rider beyond the person who’s helping to fulfil their orders.

Kudos to the kind and generous customer for showing his appreciation to the work that riders do.

Hopefully, this rider’s story will inspire more Singaporeans to show their thanks and be more understanding towards our food delivery riders.