Anger, is only one letter short of danger.

An angry 73-year-old Ferarri driver who endangered the lives of drivers along Orchard Road two years ago, will soon learn this lesson.

Ms Shi Ka Yee decided to obstruct 2 out of 5 lanes in the heart of Orchard Road during evening peak hour on 29 June 2016.

Simply because she was angry at Mr Wu, a bus driver who honked at her.

She pleaded guilty to the charge of “obstructing other motorist” in court on Monday (16 Jul).

What happened that fateful day

Ms Shi was driving her red Ferrari along Claymore Road that evening.

She was apparently driving extremely slowly despite smooth traffic conditions.

Mr Wu, who was driving a tour bus behind the Ms Shi, had to slow down to about 5km/hr as a result.

He decided to sound his horn twice to alert Shi.

Ms Shi subsequently turned left to Orchard Road, but stopped abruptly in the middle of the road, blocking the third and fourth lane. 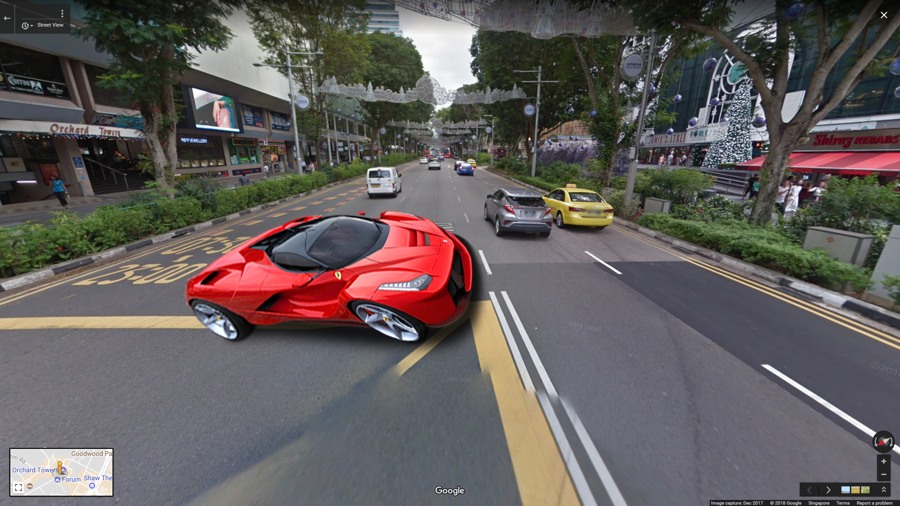 The tour bus was unable to complete the left turn as a result, and took up the third, fourth and fifth lane of the road.

Both drivers then got off their vehicles and got into a verbal dispute.

This diagram shows how the traffic jam played out. Finally, here’s an overhead view of the sticky situation which innocent Orchard commuters found themselves stuck in. 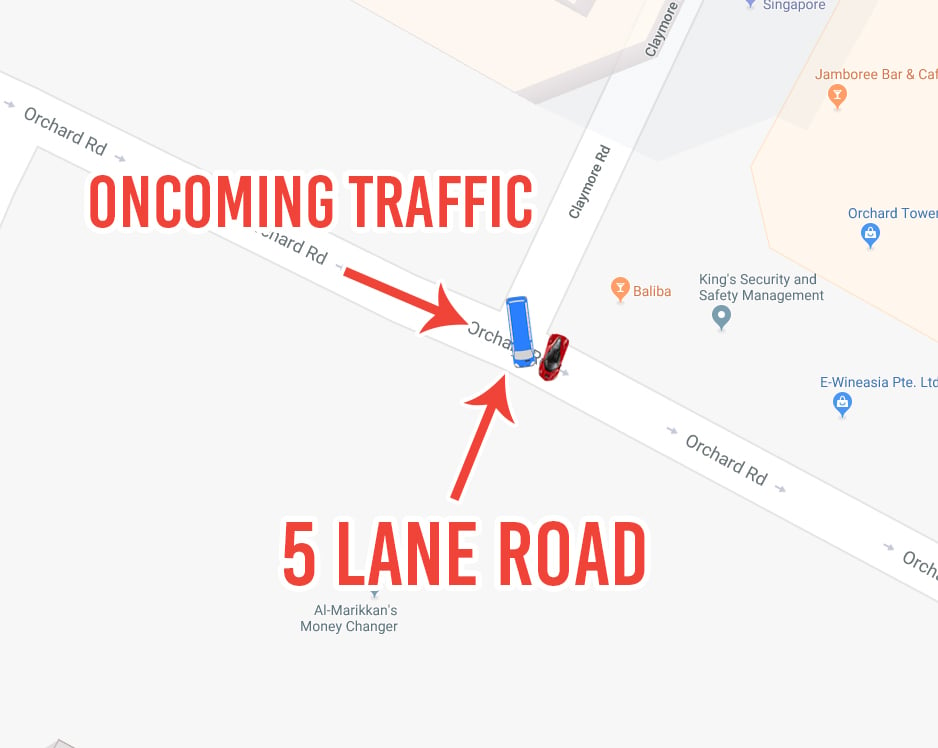 A police patrol car that happened to be making rounds in the vicinity noticed a jam and stopped to investigate.

When approached initially by the police, Ms Shi refused to move her car, saying that she wished to report Mr Wu’s behavior, but complied eventually.

Not her first offence

Ms Shi faces 6 other pending charges, and has been sentenced to jail just four months prior for assault.

She was reportedly suffering from depression and post-traumatic stress disorder when she committed these crimes.

We hope Ms Shi has since recovered and that she has learnt her lessons from her past offences.