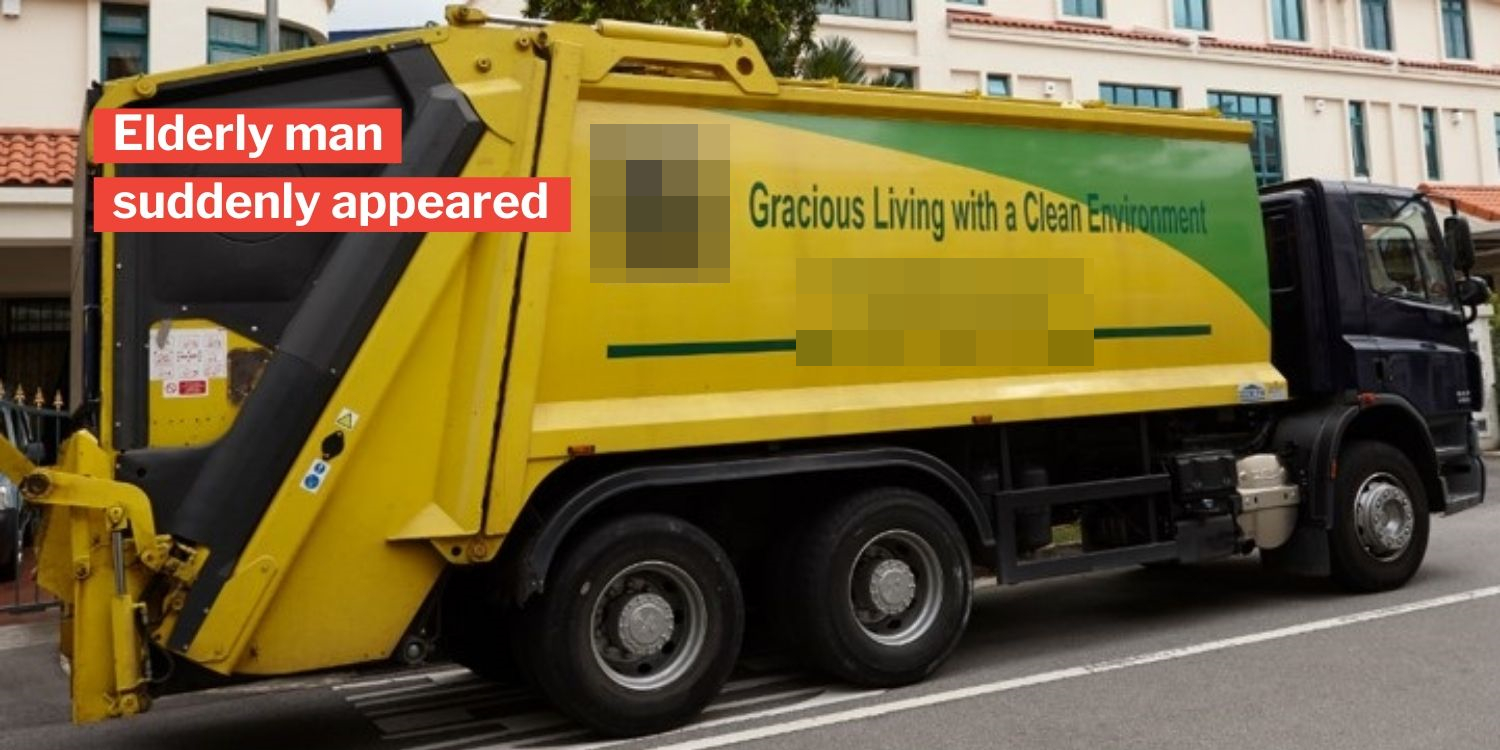 Accidents on the road can happen anytime, even with the most careful drivers. On 10 Jun 2019, a rubbish truck driver tragically ran over an elderly passers-by while reversing.

He had done all necessary checks before driving, but the elderly man appeared suddenly in the driver’s blind spot.

The latter died on the spot. On Tuesday (25 Feb), a coroner ruled the incident an accident, reported Lianhe Zaobao. 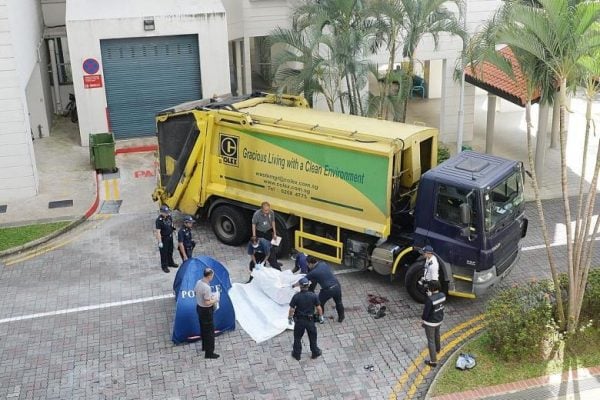 Thought colleague cued him to go

The accident took place in the afternoon around 1pm, at Block 179 Yung Sheng Road.

The driver heard his colleague, who was standing behind the truck, knock on the truck as a cue for him to leave. 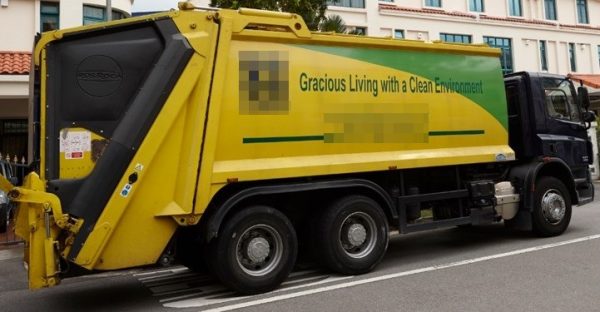 After checking the rear-view mirror, blind spot mirrors and side mirrors, he made a left turn. At that time, he was driving at 10km per hour.

But he felt the truck impact something and heard a scream as well — immediately, he stopped driving.

To his horror, after getting out of the vehicle, he discovered an elderly man on the ground in a pool of blood, who’d died on the spot. 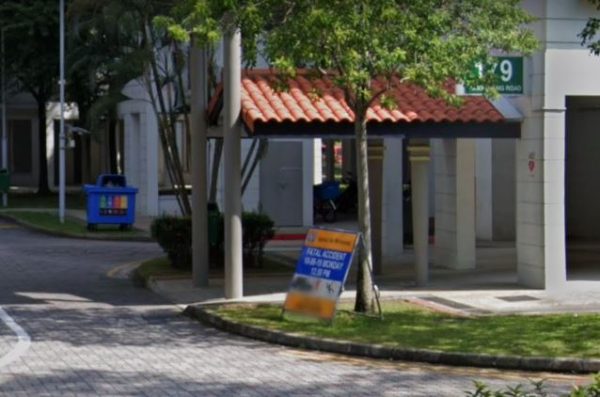 Fatal accident sign put up near site of accident
Source

According to the driver’s colleague, no one was around when he cued the driver to go. However, the elderly man allegedly made his way towards the rubbish truck without warning.

The coroner’s report indicated that the deceased appeared in the driver’s blind spot for merely 1.3 seconds. Thus, it was highly possible that the driver did not see him.

After an inquiry, the coroner ruled that it was an accident.

In response to the accident, the company of the worker involved in this accident took steps to improve their safety. 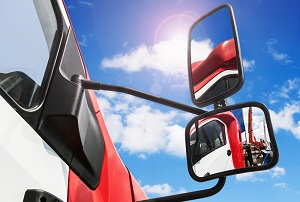 Under the new standard operating procedure, another worker has to ensure no one is near the truck while the driver is reversing or leaving, before giving the cue to leave.

Previously, only one worker would be needed to give the cue for the driver to leave.

In addition, the company purchased cameras with a 360° recording function, which will allow the driver to ensure no one’s near the truck before they drive.

Make sure to check blind spots, be aware when walking behind large vehicles

Most importantly, to minimise accidents, be aware when walking behind large vehicles, especially since they might not even notice you.

Nobody wishes for an accident to occur and it’s unfortunate that the elderly man ended up in the driver’s blind spot.

MS News offers our condolences to the accident victim and his family.

Featured image adapted from NEA and is for illustration purposes only.