She was listening to music on her earbuds.

Ryde Driver Suspended After Prohibiting Woman From Listening To Prayers

Many of us go about running our errands with our headsets or earphones on, allowing us to listen to music, podcasts, and even prayers.

While this isn’t problematic in most situations, a Ryde customer was recently told to stop listening to prayers on her earbuds, claiming that it was changing the “energy” in the car.

Ryde has since suspended the driver and said they do not condone his behaviour.

Prayers changed the “energy” of car

On Friday night, the Wake Up, Singapore Facebook page shared an anonymous testimony from a Muslim woman.

The testimony speaks of her experience with a Ryde driver who had asked her to stop listening to prayers through her earbuds.

The lady also shared a discreetly-captured video recording of the incident.

As the story goes, the driver had allegedly gestured towards the woman as soon as she entered the car.

Following that, he prohibited the woman from listening to prayers through her earbuds.

Not understanding the situation, the woman had initially thought that the driver was advising her to not listen to music through her earbuds as it may cause her harm.

However,  the driver continued to say that the “energy” in the car will change if she continues listening to her prayers.

Ryde driver allegedly speeds up after woman asks to alight

Taken aback, the woman felt that he was intruding in her privacy.

Prayers or not, the woman felt that whatever was playing through her earbuds is none of the driver’s business.

The driver then went on to say that listening to prayers is disallowed in his vehicle.

At that point, the woman felt uncomfortable with the situation and requested to be dropped off, merely minutes after getting into the vehicle.

After hearing this, the Ryde driver allegedly sped up the vehicle, alarming the woman who now felt extremely unsafe.

Turns out, the lady was merely listening to music through her earbuds. 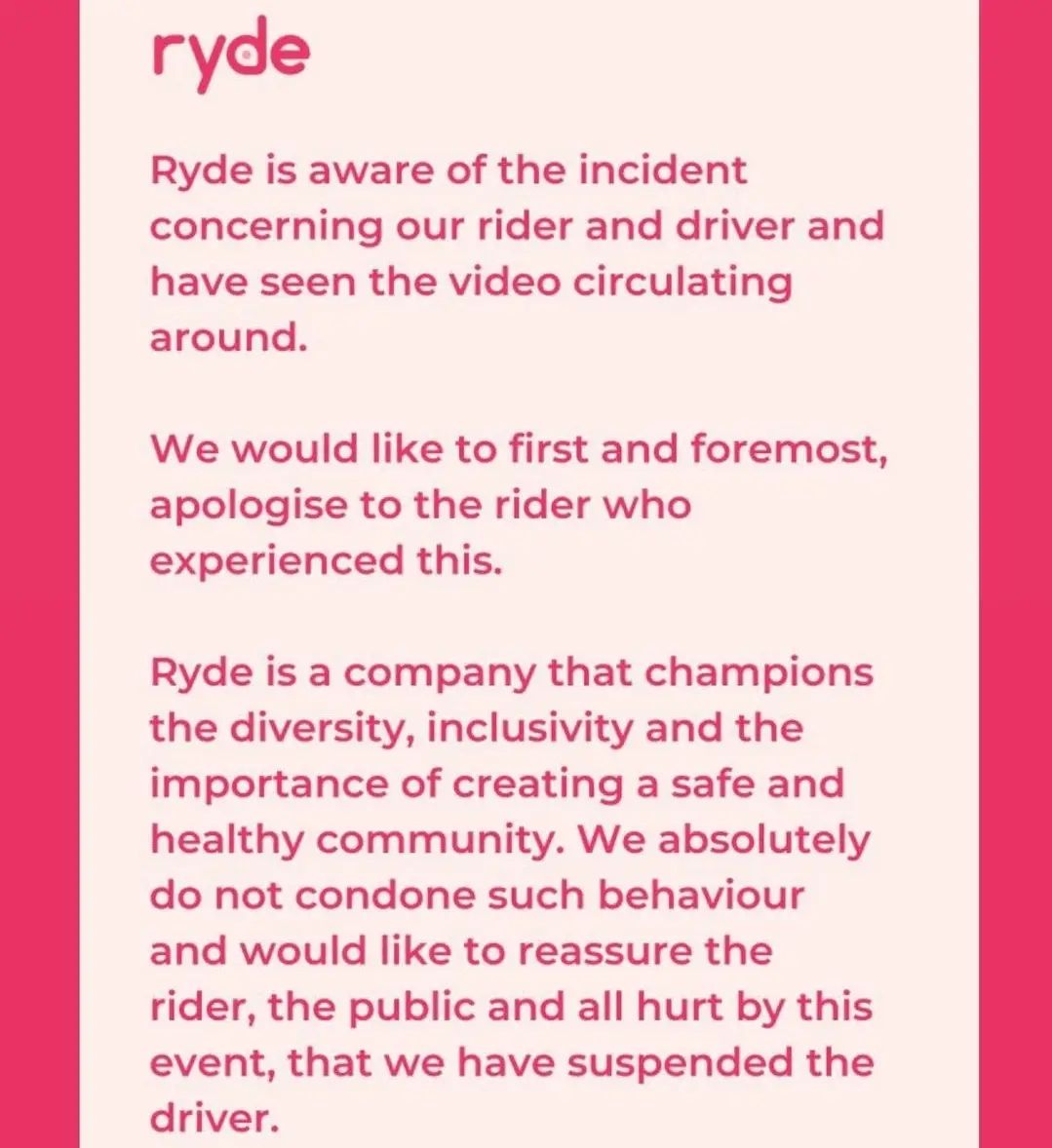 In the statement, Ryde apologises to the woman for her experience and condemns the behaviour of their driver, who has since been suspended.

They also apologised for the lateness of the response and promised to improve their response times.

This incident may come as a jolt to those who think racism is non-existent in Singapore.

On occasions, such cases may rear their ugly head but we can only hope that they serve as points of retrospection for the general public.

We commend the brave woman for standing up against the driver and hope that her actions can pave the way for others to follow suit if they ever come across a similar situation.