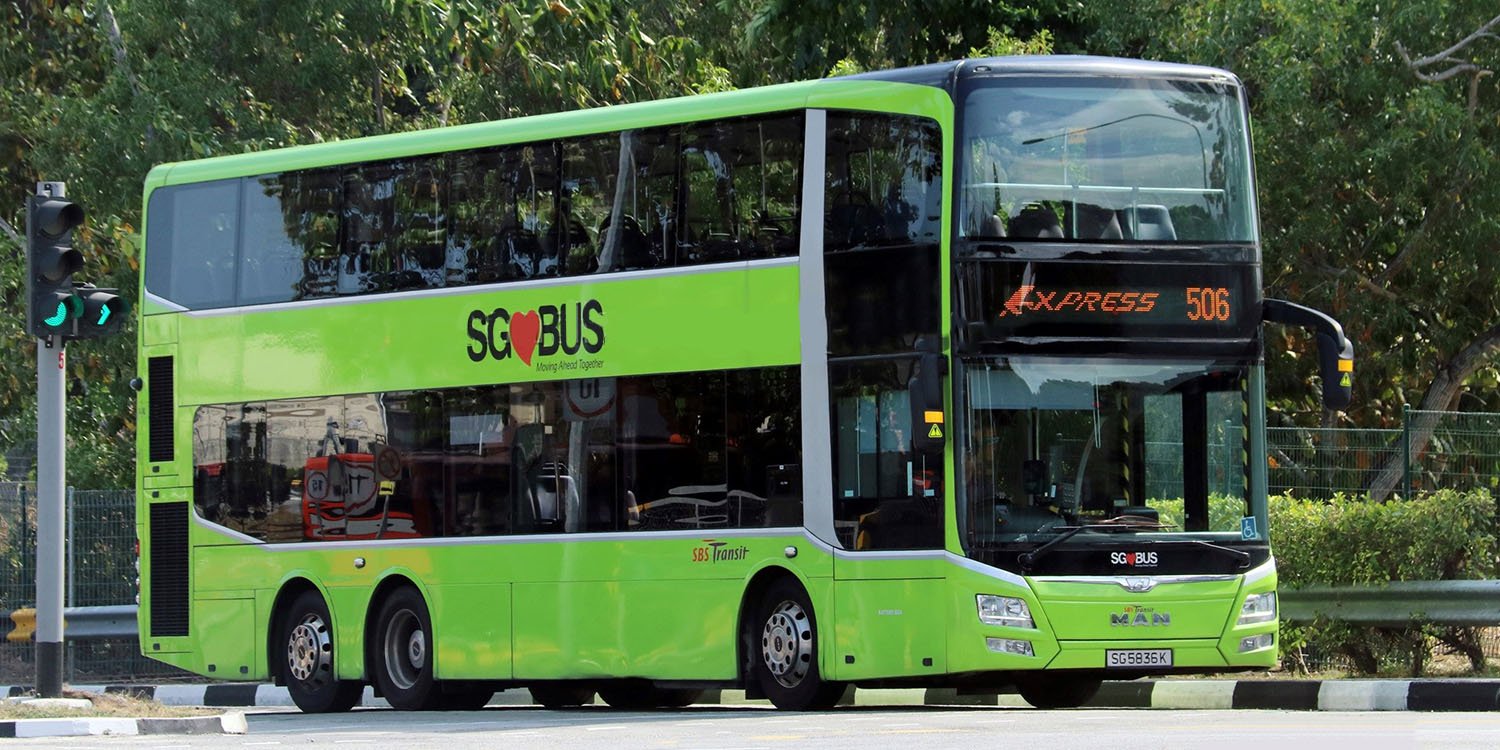 Will take effect from 12 Dec.

To increase convenience for the public, Singapore has been seeing more MRT lines being built.

With rapid trains servicing these areas, this could also lead to fewer bus commuters.

They mentioned that since the DTL offered additional and faster travel options, there has been a reduction in ridership for the 3 bus services. These changes will take place from 12 Dec.

According to SBS Transit’s press release, routes for Services 22, 65, and 506 will be amended as they overlap with DTL.

They explained that since DTL started operations, bus commuters have switched to taking MRT to reduce their commute time.

The route amendments will be applied from 12 Dec. 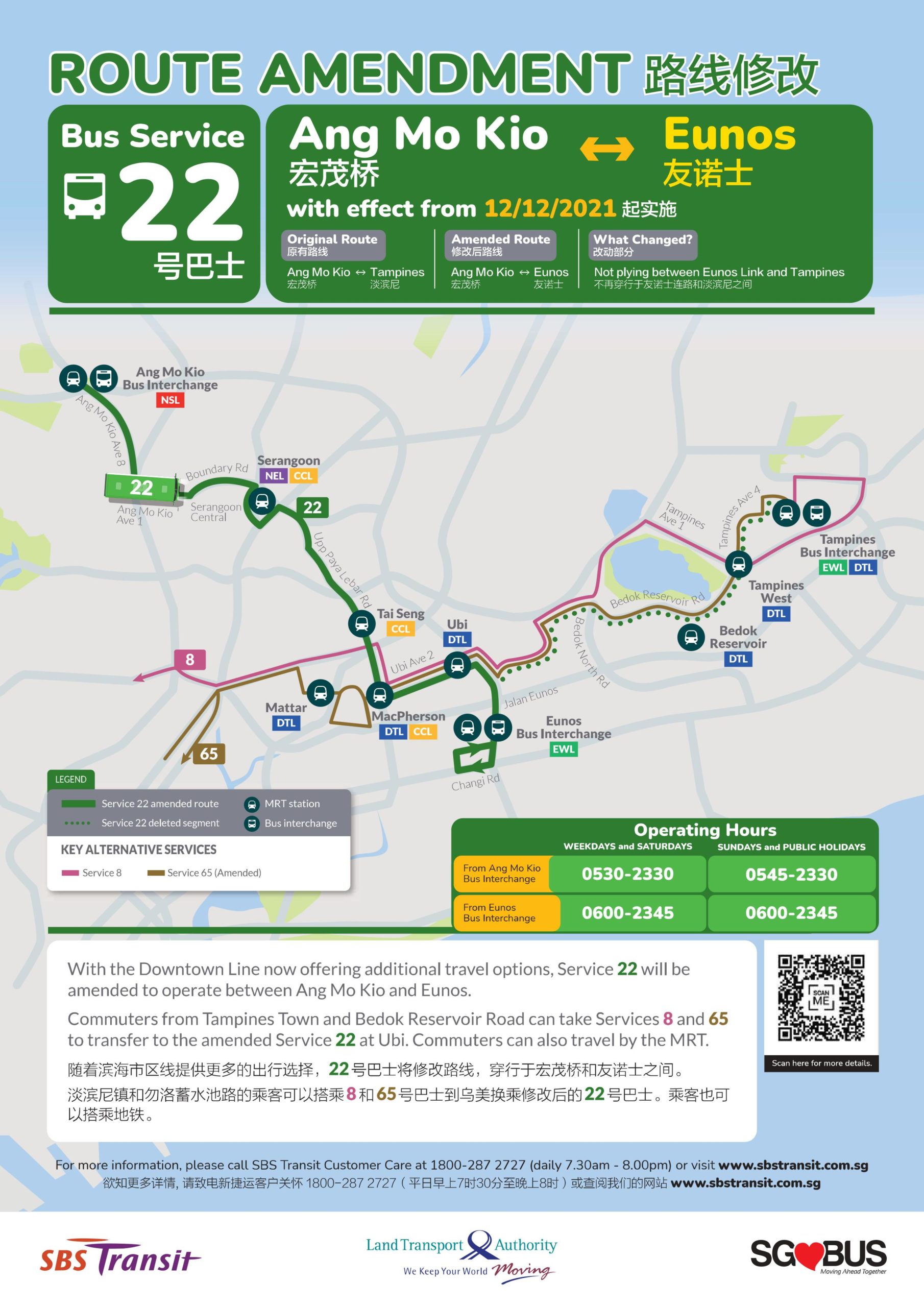 Thus, it will no longer ply the area between Eunos Link and Tampines Bus Interchange.

Commuters can still complete their journey via MRT or alternative bus services such as Services 8 and 65 along Bedok Reservoir and within Tampines.

Service 65, which is also affected, will be rerouted to Tampines Ave 4, skipping 2 bus stops along Tampines Avenue 1 and 5. 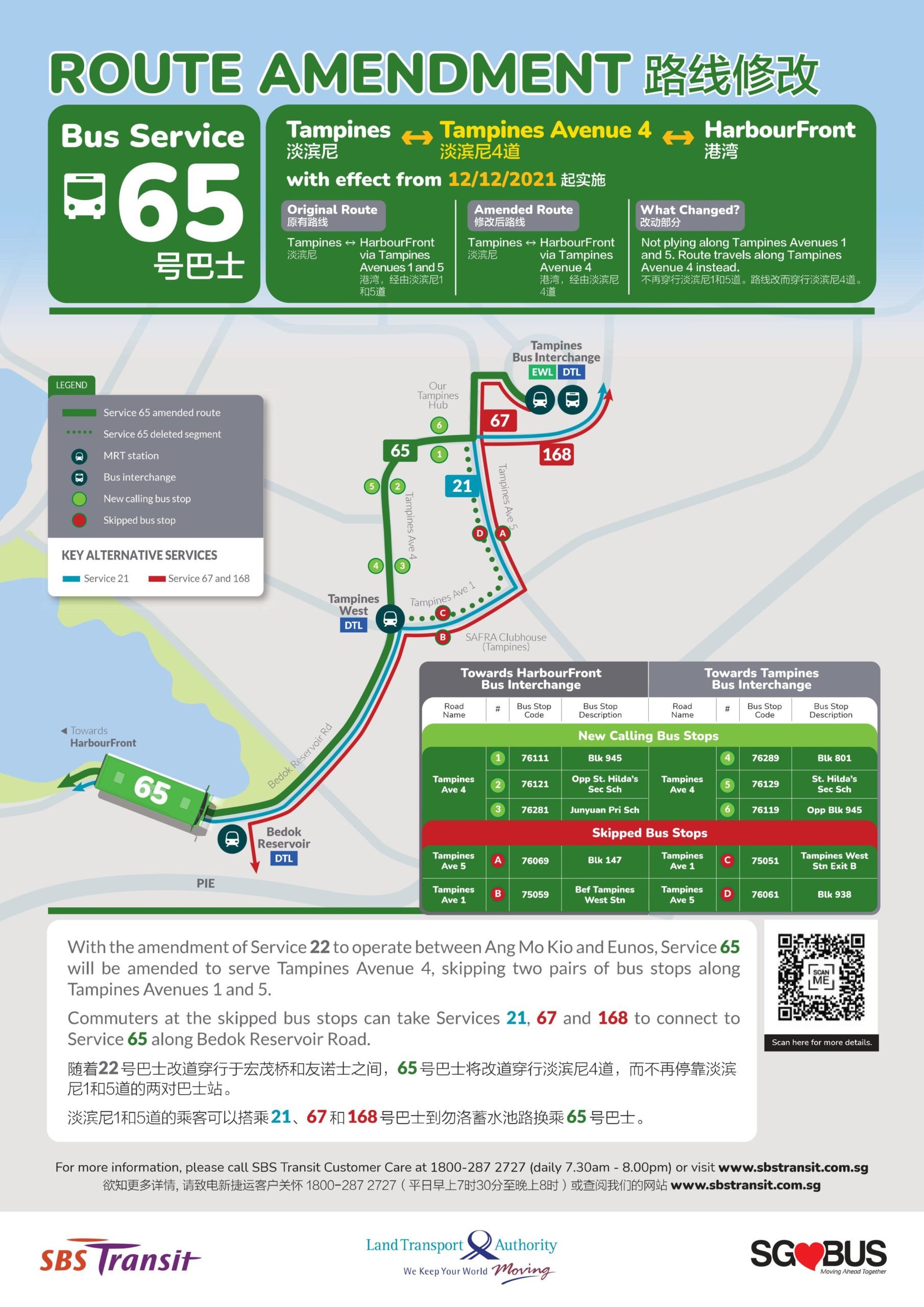 Passengers at the skipped bus stops can take alternative bus services such as 21, 67, and 168 to transfer to the amended Service 65 along Bedok Reservoir Road.

Instead, it will operate between Jurong East and Serangoon Bus Interchanges, with an express sector along PIE between Bukit Batok and Toa Payoh. 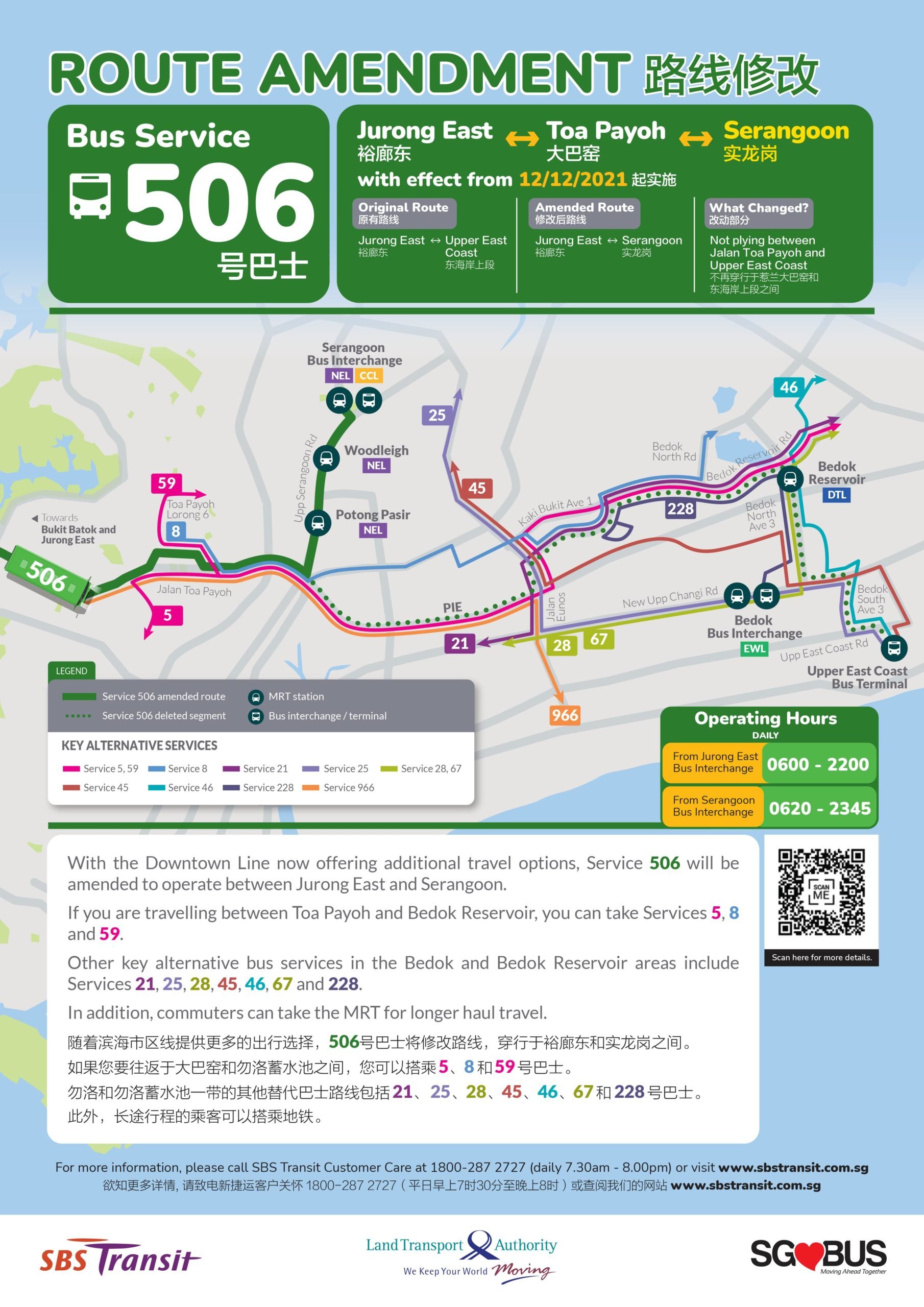 Alternative bus services include 5, 8 and, 59 between Bedok Reservoir Road and Toa Payoh. Services 5 and 59 will also have an express sector through PIE between Toa Payoh and Jalan Eunos. 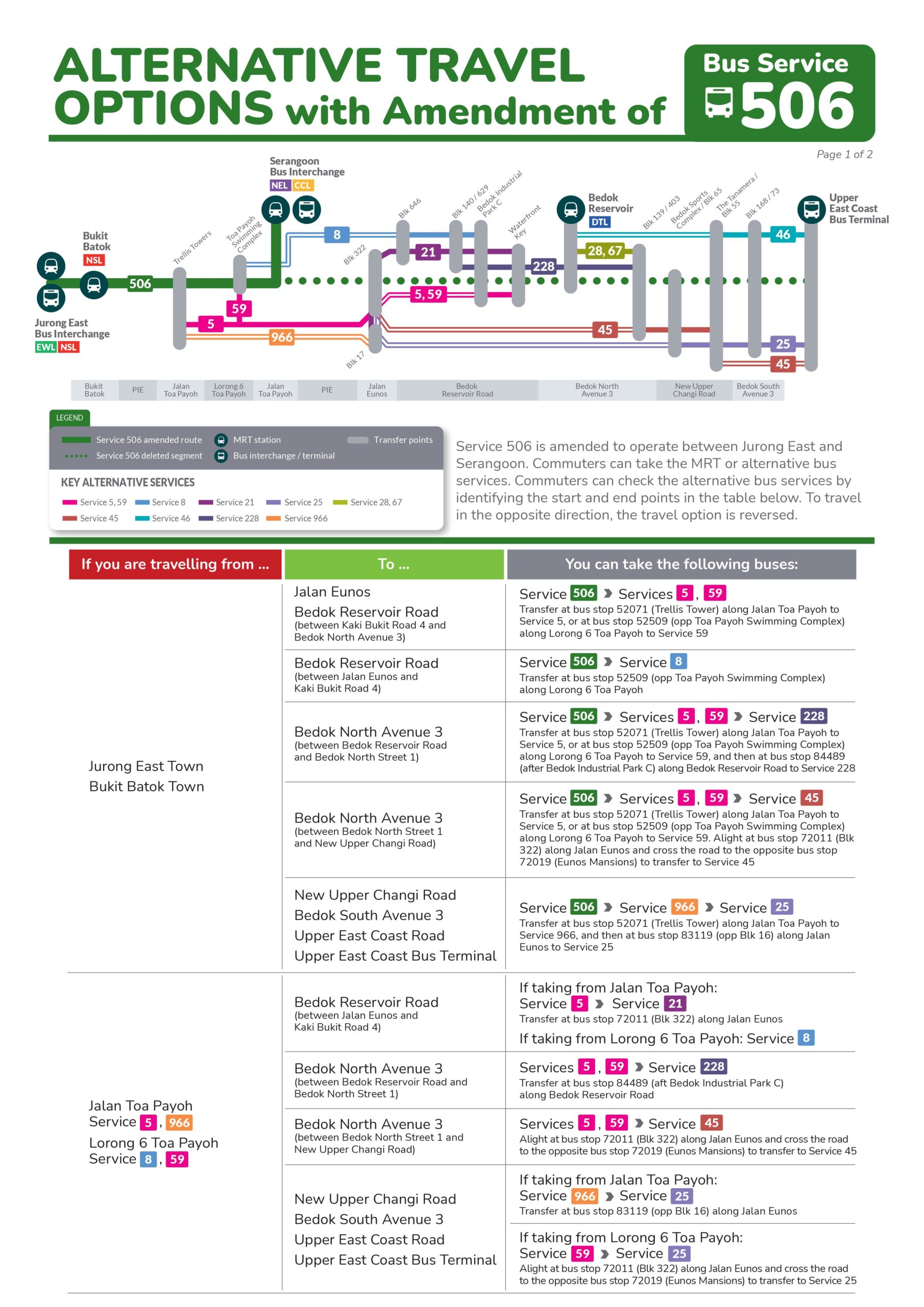 Additionally, other alternative bus services in the eastern region around Bedok include 21, 25, 28, 46, 67, and 228. Commuters can also choose to commute via MRT. 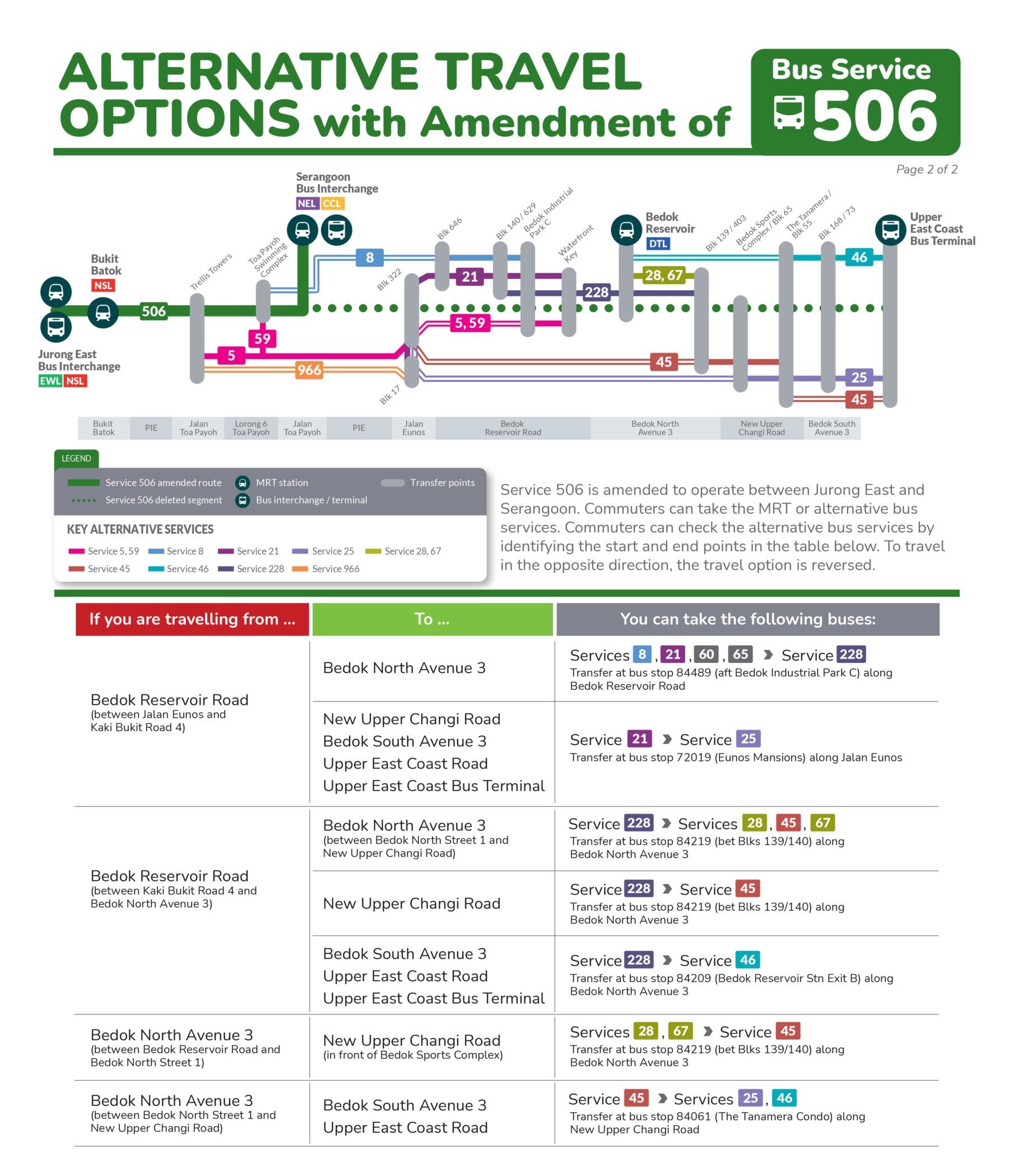 Inform your family & friends about the changes

With the reduction in bus commuters for services along the DTL, it is understandable why SBS Transit would want to make the route amendments.

Do remember to inform your family and friends who might be affected by the upcoming amendments!