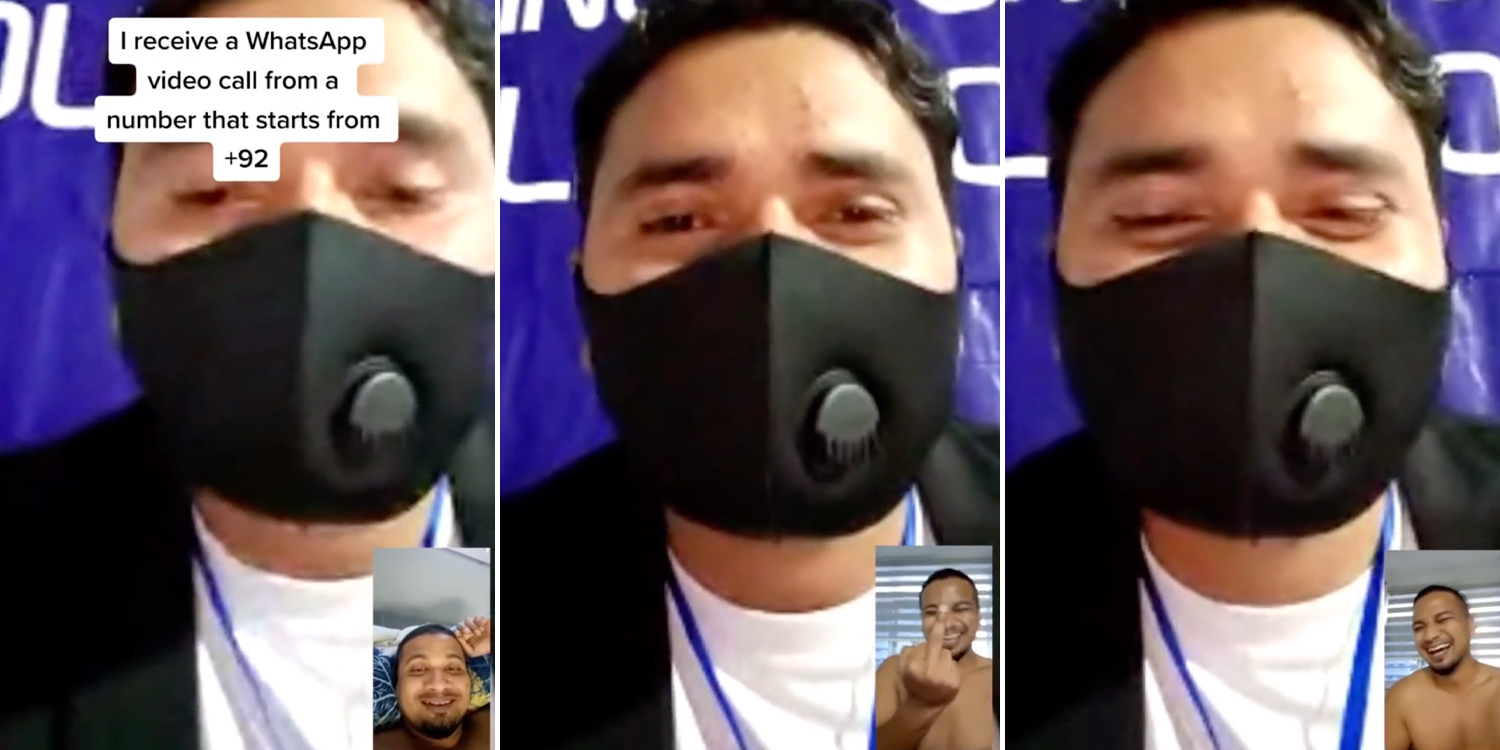 The scammer thanked the man and told him to have a nice day.

Scammer Asks Singaporean Man To Show His NRIC, Gets Middle Finger Instead

Recently, there has been a rise in the number of scam calls going around Singapore, with many scammers posing as police officers.

On Tuesday (14 Dec), a man shared a video on TikTok of a WhatsApp scam video call he received.

Be careful out there guys..

The scammer claimed to be from the Singapore Criminal Investigation Department (CID) and asked to see his National Registration Identity Card (NRIC).

Playing along, the man pretended to be looking for it, only to show his middle finger.

In a wholesome twist, both the scammer and the man ended up laughing. The call even ended with the scammer telling the man to have a nice day.

Man gets scam call asking for his NRIC

On Tuesday (14 Dec), a Singaporean man received a WhatsApp video call from a number with the Pakistan country code, +92. 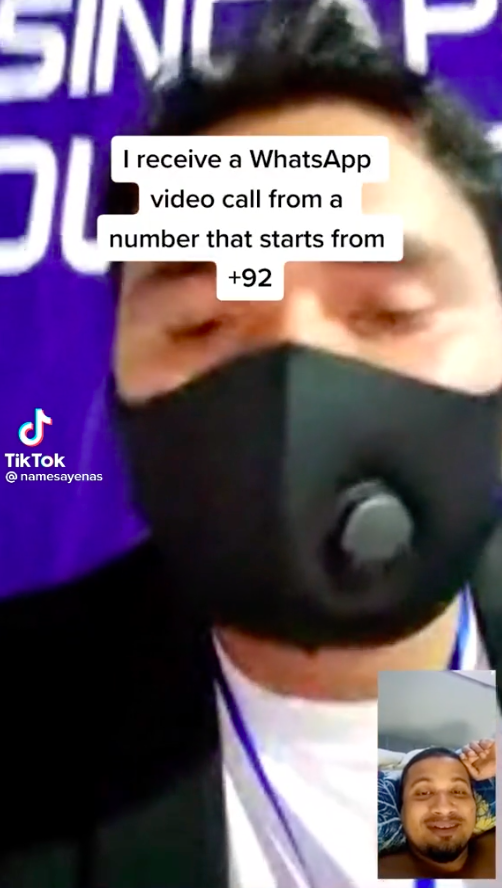 Hearing him, the man broke into a smile, probably already knowing it was a scam call.

The scammer proceeded to say the police received a complaint from the bank after the man’s ATM card was declined as he did not update his NRIC.

Upon hearing this, the man asked which bank the “officer” was referring to.

However, instead of answering, the scammer repeated himself and asked the man to show his NRIC.

After the man said he had 4 banks, the scammer said he was referring to “DBS and POSB”. Once again, the scammer requested the man show his NRIC.

The man then decided to have a little fun of his own as played along with the scammer, pretended to get his wallet.

While doing so, the man asked for the scammer’s name, to which he replied “John Michaels”.

The man then said, “Okay John Michaels, here is my IC”, and showed his middle finger to the scammer.

Tickled by his own joke, the man started laughing on his own. Surprisingly, the scammer also started chuckling. The man then told the scammer he knew from the beginning due to the background and they shared more laughs.

Since the scam was probably a bust, the scammer politely said, “Thank you sir, have a nice day”, before ending the call.

Look out for scam calls

This interaction was certainly a rare one where both the scammer and the man shared a genuine laugh together.

While this was a rather hilarious incident, it is important to be vigilant of such scam calls.

Do remember to verify the caller and never give out your personal details such as bank information. Otherwise, it probably wouldn’t turn out as amusing as this.