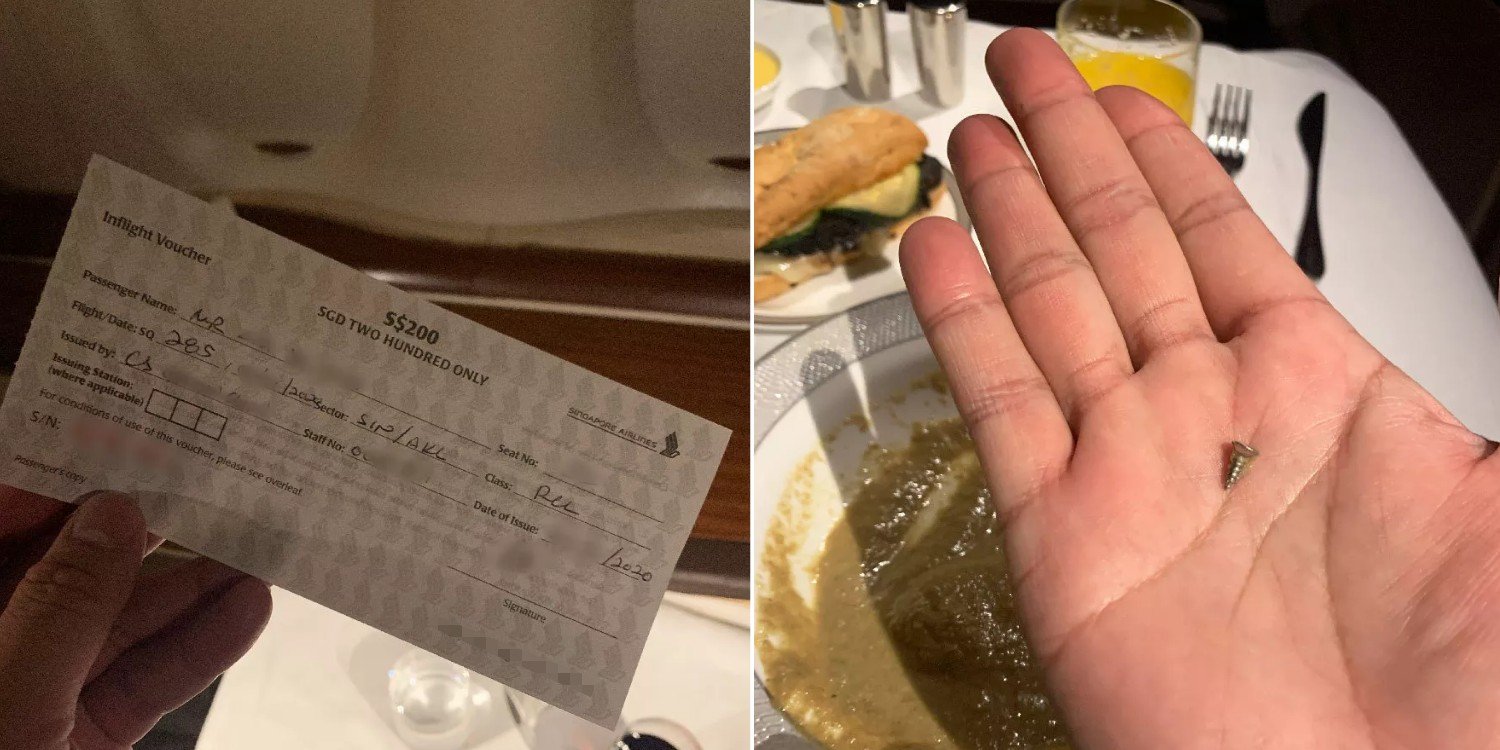 Our national airline Singapore Airlines (SIA) has been receiving some flak lately for its service. It seems like when it rains, it pours — another complaint has surfaced online again, this time on WeChat.

A passenger who was on a first class SIA flight from Singapore to Auckland was horrified to discover a screw in his soup. 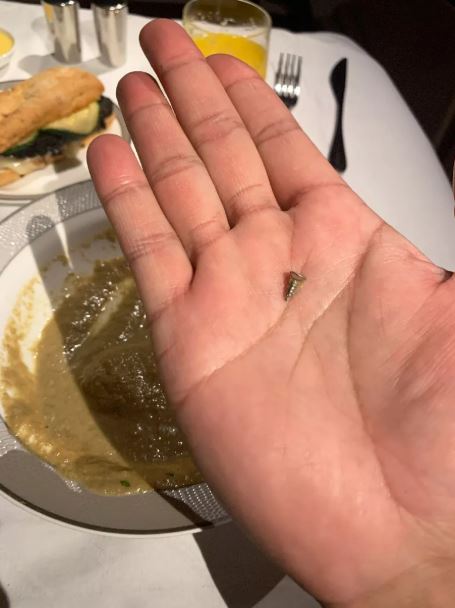 Travel blogger Will was on first class flight SQ285 to Auckland on 1 Jan. 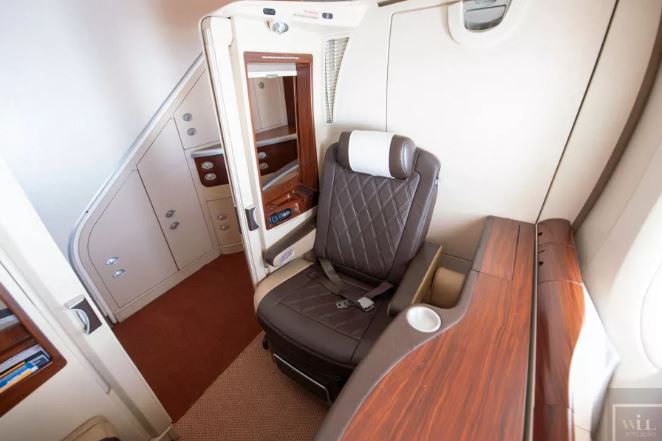 He raved about the excellent service — he was given the “warmest greetings from all crew”. In addition, the attentive staff paid close attention to his glass, constantly refilling it when necessary.

They also assured him that they would not run out of drinks even with 12 passengers on board.

Felt a screw on SIA flight

However, he soon made a discovery which ruined his appetite. 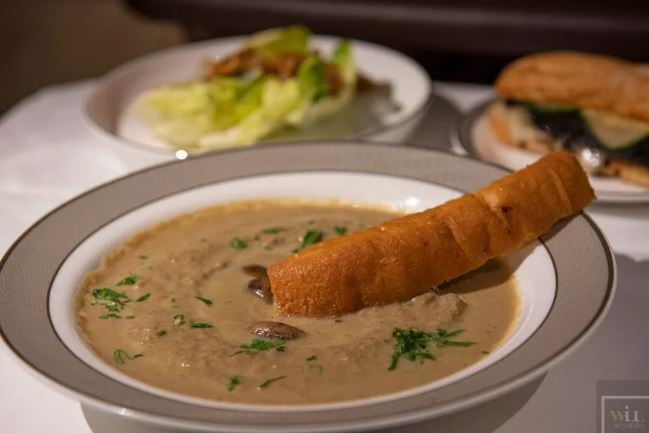 While he was sipping on his soup, he felt something sharp in his mouth. He immediately pulled it out and made a shocking find.

Will said the crew on board “probably wet their pants” when they saw the screw.

Upon seeing the screw, the crew immediately offered a S$200 in-flight voucher as service recovery. However, Will said he’d lost his appetite for the rest of the flight. 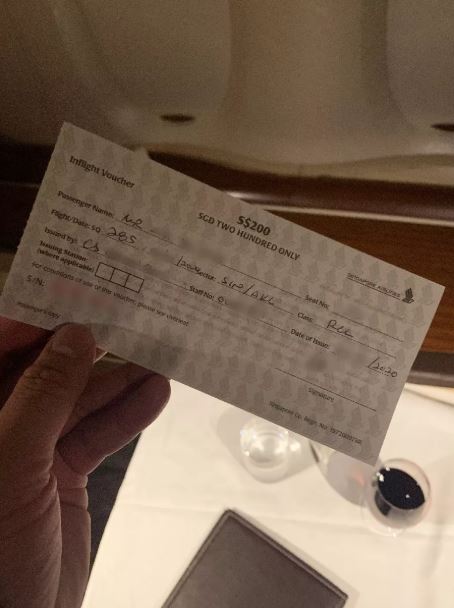 After 12 days of investigation, SIA informed Will that the screw came from one of the kitchen blenders. It had been mixed into the soup during the preparation. 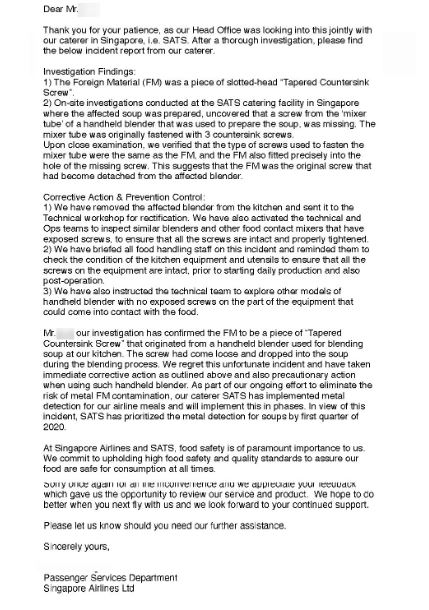 However, no further compensation was mentioned, leading Will to assume that the issue was settled.

Not satisfied with how SIA managed screw incident

If not for the metal screw in the soup, Will said he would have rated his flight a 5 out of 5.

He added that it’s a shame such an incident happened. Above all, “how they dealt with it” was unsatisfactory.

Hard to believe a 200 SGD voucher for a suite class passenger would justify the experience the pax had went through.

When contacted by STOMP, SIA said their caterer is “exploring new kitchen utensils that can reduce this risk”. SIA also apologised to Will for the distress caused by the incident.

Hopes no one will find a screw in their food

Despite the incident, Will acknowledged that he was fortunate to discover the screw instead of swallowing it, which could have led to drastic consequences.

In addition, he wished no other person will experience this ever.

What do you think about this incident? Let us know in the comments.