Sealy, Serta & King Koil Will Deliver Mattresses To Robinsons Customers, Despite Not Being Paid 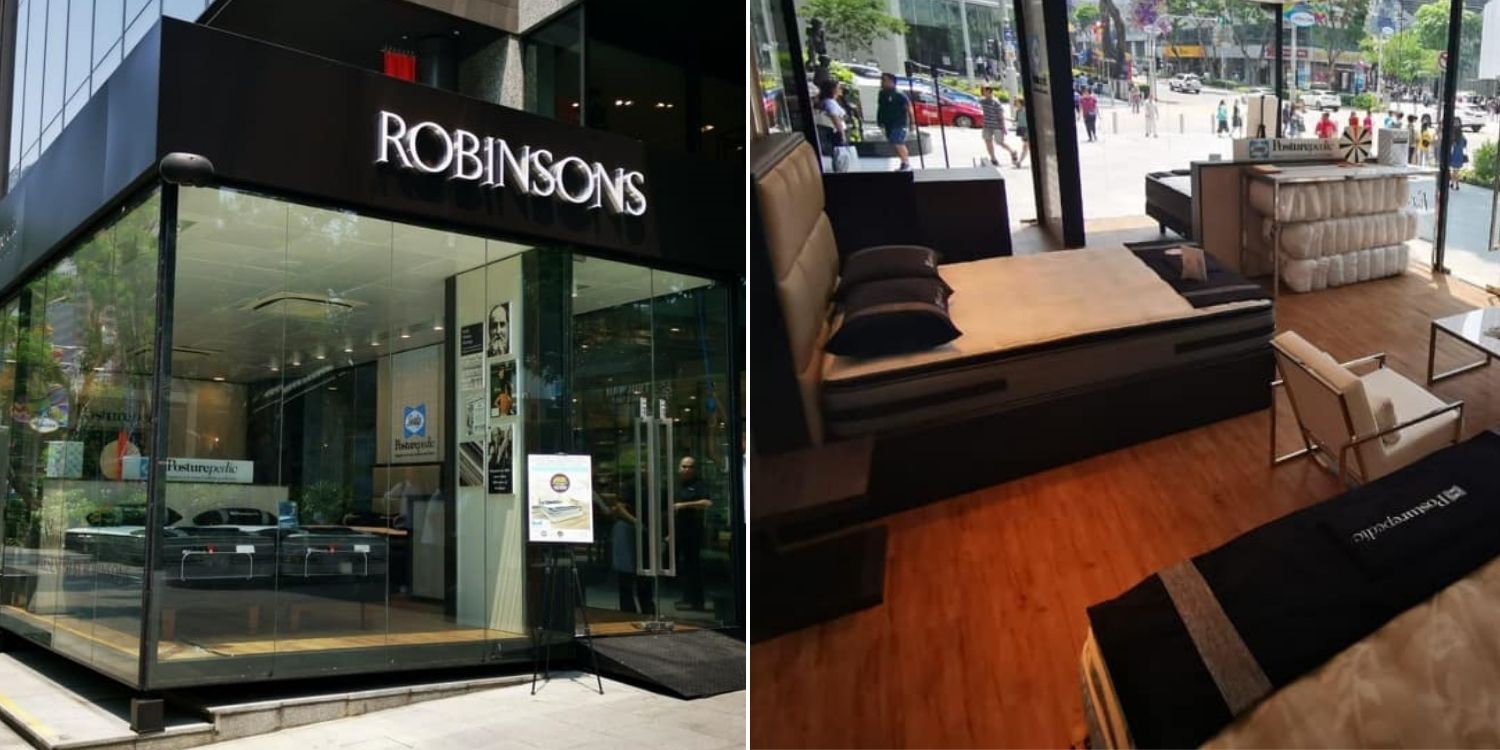 More suppliers are being affected by the store's closure.

Most Mattress Companies To Absorb Payments To Robinsons, Sealy To Charge $50 Delivery Fee

While Singaporeans flocked to Robinsons after the store announced that it was closing down, some started fretting.

That’s because that they had already paid for goods like mattresses, and weren’t sure if their orders would be fulfilled or not.

However, there’s good news for those who bought mattresses from the store — at least 4 mattress suppliers have already said they would fulfil their orders despite not being paid yet. 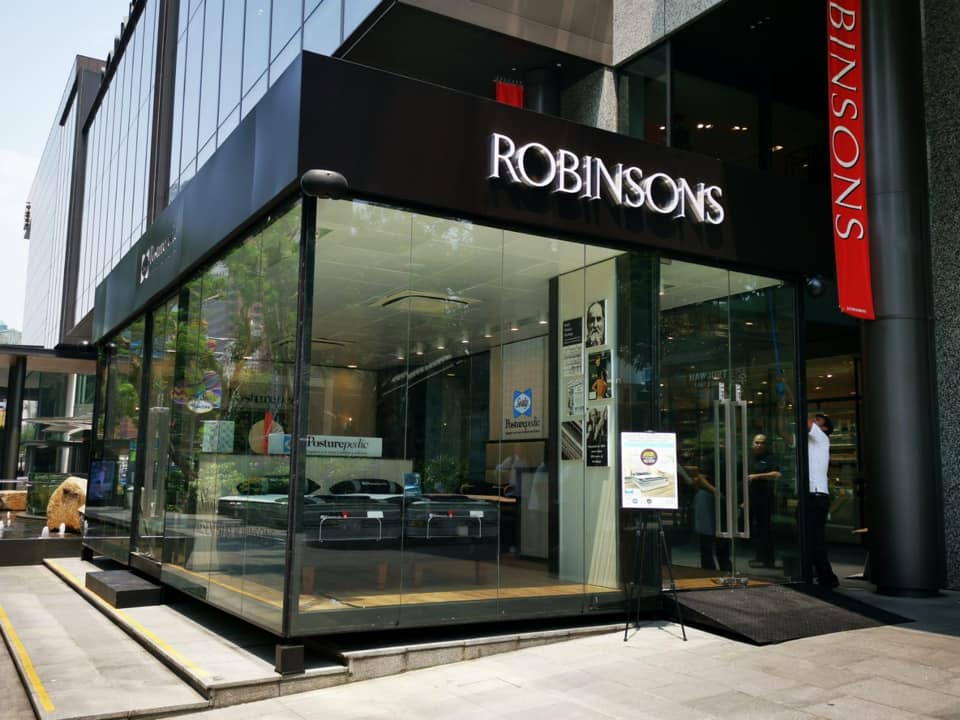 One of them, Sealy Singapore, posted a statement on Facebook on Wednesday (4 Nov) saying that it would honour customers’ orders. 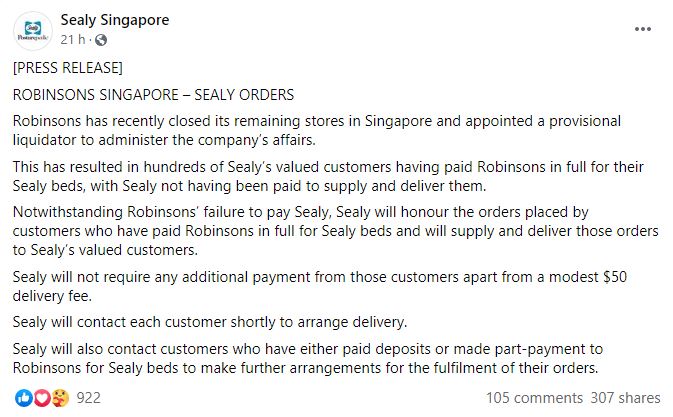 Sealy not paid by Robinsons

According to Sealy, although customers have paid Robinsons for their mattresses, it hasn’t been paid by Robinsons to supply and deliver them.

However, it will still deliver orders to customers nonetheless at no additional payment, it said.

The only thing it will require is a delivery fee of $50. For those customers who’ve paid Robinsons partially or paid deposits, Sealy will also contact them for further arrangements.

Serta to absorb payments to Robinsons

It said it would absorb all customers’ payments to Robinsons, whether in full or partial.

This is even though they might not be paid by Robinsons due to their liquidation.

Serta made this gesture as it appreciates customers’ “loyalty and trust” in the brand.

They also said they understand customers’ distress, and apologised for taking some time to reply. 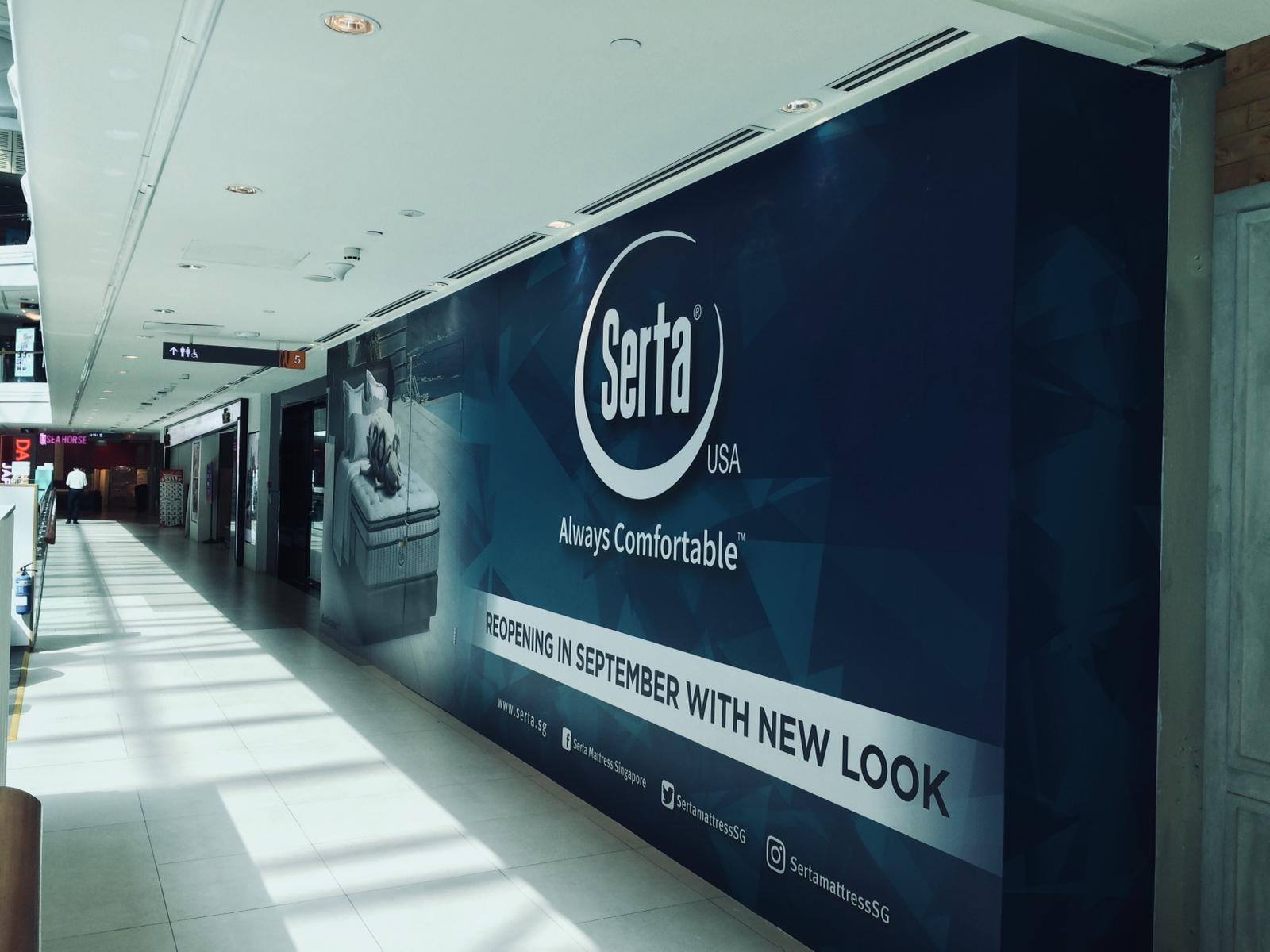 King Koil, on its part, has also said it’ll absorb customers’ payments to Robinsons, and also won’t require them to pay for transportation.

In a Facebook post on Wednesday (4 Nov), it also acknowledged that they’ll fulfil orders despite not knowing whether they will be paid by Robinsons or not. 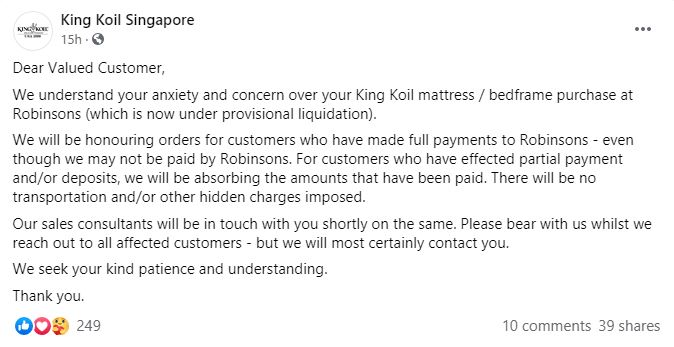 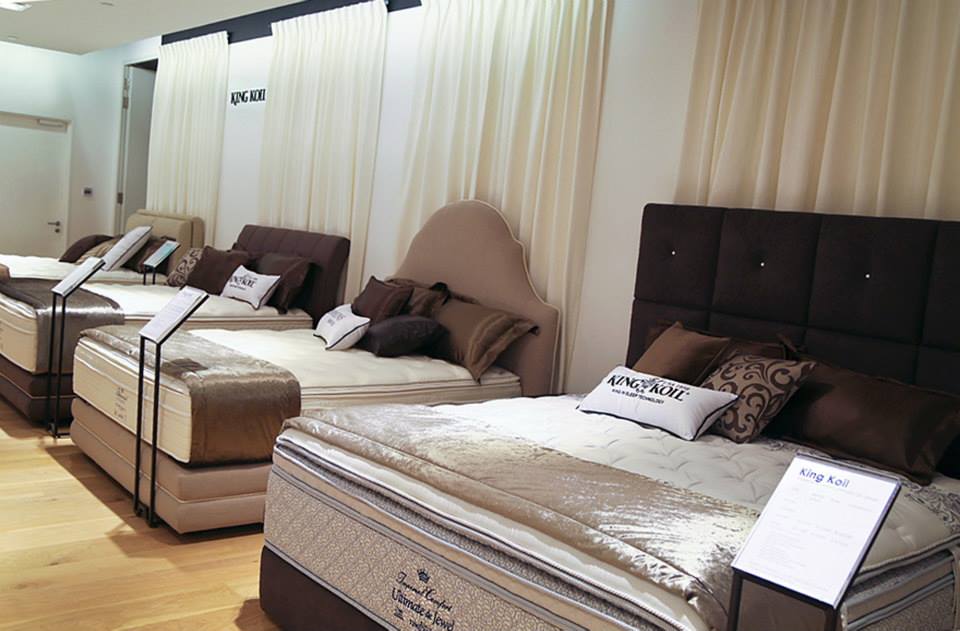 The company has a gallery at Robinsons’ Heeren outlet.

On Wednesday (4 Nov), Simmons also posted on Facebook that it would absorb all customers’ payments to Robinsons.

The brand would also honour and fulfil their orders, notwithstanding Robinsons’ inability to pay them.

The company has been supplying mattresses, pillows, and the likes to Robinsons since 1977. Thus, it thanked Robinsons customers for their loyal support, and owed their success to them.

Robinsons also made a statement on Wednesday (4 Nov) night, saying it had reached an agreement with Sealy.

Similar to what Sealy said, the store said the mattress brand will honour all orders paid in full, and deliver them for a $50 fee.

The specific terms of this agreement are confidential, so it’s uncertain how Sealy will be compensated for this. 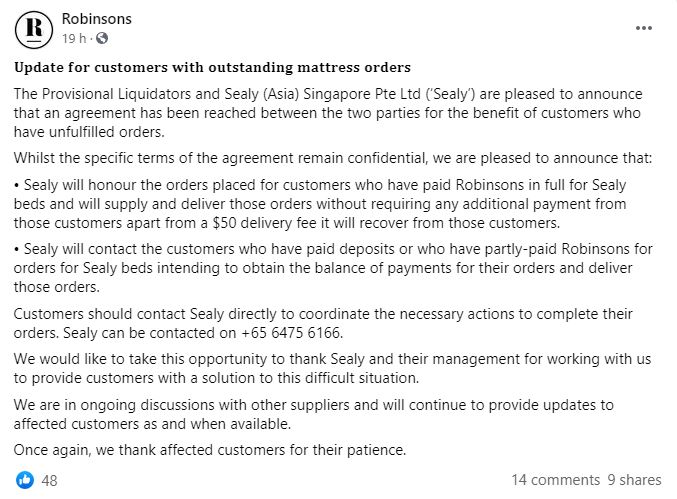 Robinsons hasn’t made a statement regarding the other 3 brands yet, only saying that it’s in “ongoing discussions”.

Suppliers being affected by closure

The news from these 4 mattress brands should delight customers who’ve supported them through the years.

While what they’re doing is laudable, it’s concerning that they may fulfil hundreds of mattress orders without getting compensated for their products.

They aren’t the only suppliers who are being affected by Robinsons’ closure too, as many small businesses who supplied Robinsons with goods on consignment have allegedly not been paid.

Let’s hope these suppliers are adequately compensated for their losses.