Bleeding Cat In Sengkang Injured After Allegedly Falling From Height

A common piece of advice from seasoned cat owners in Singapore is to always mesh your windows to prevent any unfortunate accidents that may come your feline friends’ way.

However, this suggestion would often fall on deaf ears. A tabby cat in Sengkang was unfortunately suspected to be the victim of such negligence after a stranger found it with a bloodied tail.

Facebook user Mr Halifi, who stumbled upon the injured cat when he was returning from his night shift, took to the ‘Lost and found pets in Singapore’ Facebook Page in hopes of finding the cat’s owner.

After contacting the Society for the Prevention of Cruelty to Animals (SPCA), he claimed that the cat has been rescued and is in their custody.

According to the post, the cat was found at the void deck of Blk 329A Anchorvale St. The bleeding cat was found cowering away in a corner while sitting atop a dried brown stain. 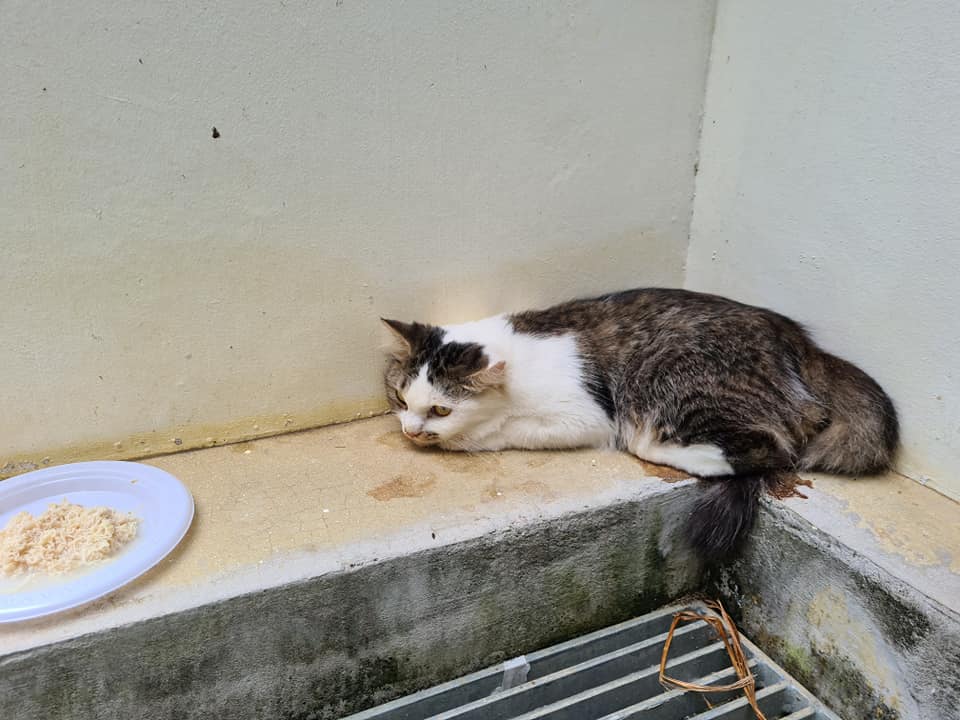 Unable to recognise the feline, Mr Halifi approached it cautiously and noticed that it was trembling.

Upon further inspection, he spotted a wet, red patch near the cat’s tail. 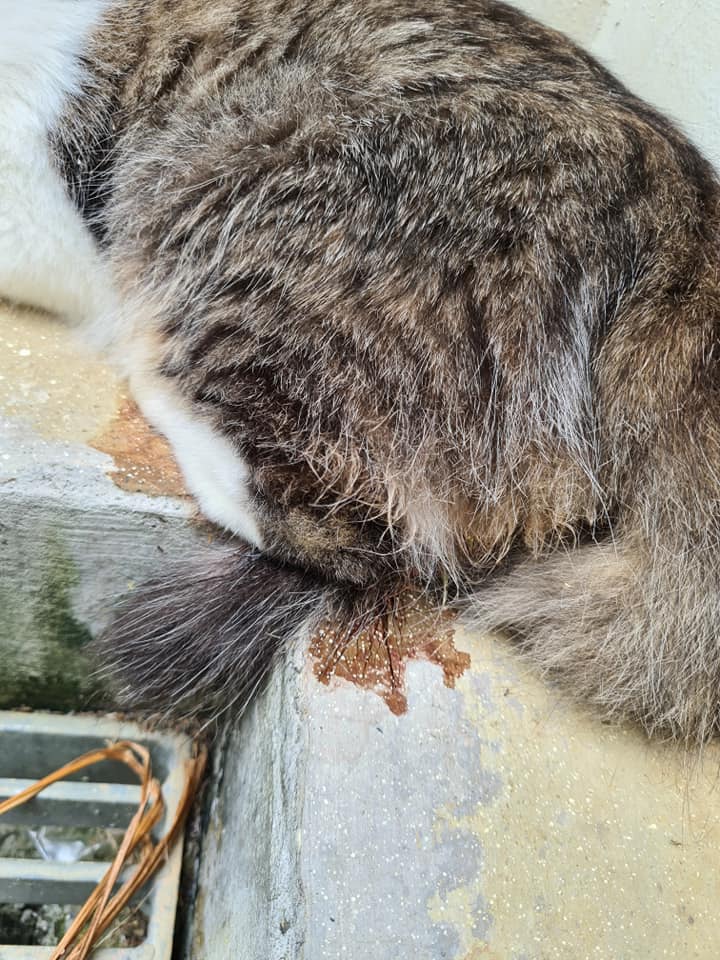 As he tried to carry the cat to look for more injuries underneath, it curled itself up and pushed its body against the wall. Moments after, he noticed fresh blood where the brown stain used to be. 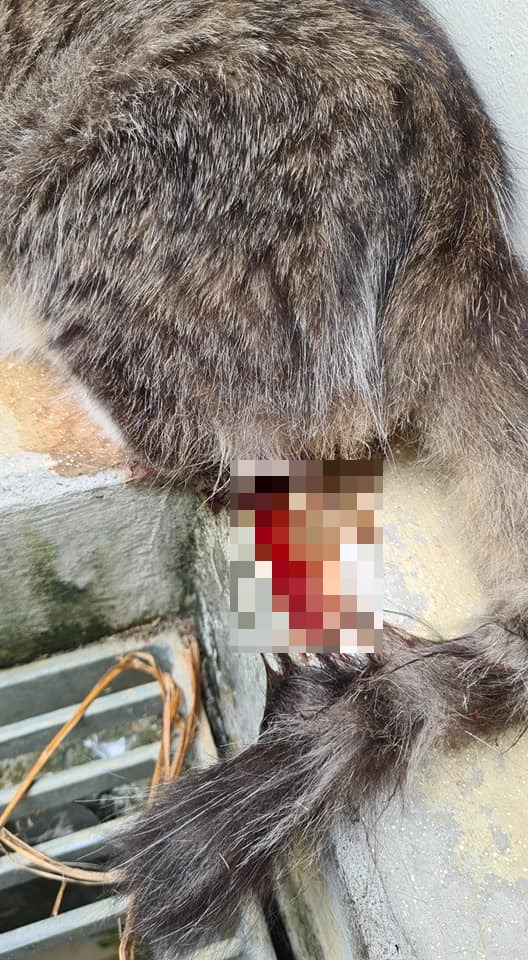 Judging from the injuries and the cat’s location, Mr Halifi suspected that it may have fallen from a height.

Man contacts SPCA & appeals for owner to contact them

Finding himself in a tough spot, he contacted the SPCA to rescue the obviously shaken animal. He noted during his time with the injured cat that it was too ‘clean’ to be a stray cat and was very afraid of loud noises as it would cower away from vehicles that passed by. 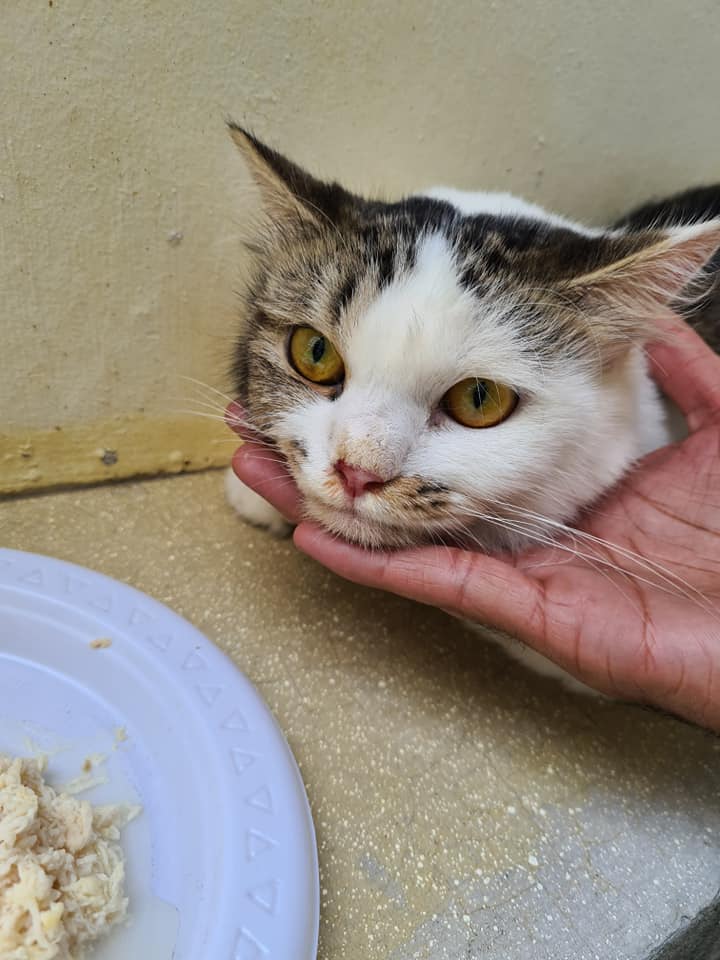 But due to its injured state, the best it could do was press its face against the wall.

It’s unclear at the moment of writing whether this was a case of abandonment or if the owner has reached out.

MS News has contacted the SPCA for more details regarding the case and will update the article accordingly.

Hope the cat will recover soon

The cat must be in an incredible state of shock and we can only hope that with the SPCA’s efforts that the feline will recover soon.

If you know of anyone in the area who may be able to help reunite the cat with its owner or monitor its condition, do lead them to the SPCA via email at enquiries@spca.org.sg or telephone at 6287 5355 (Ext. 9).

We hope the owners see this as well and step up soon to rescue the cat.